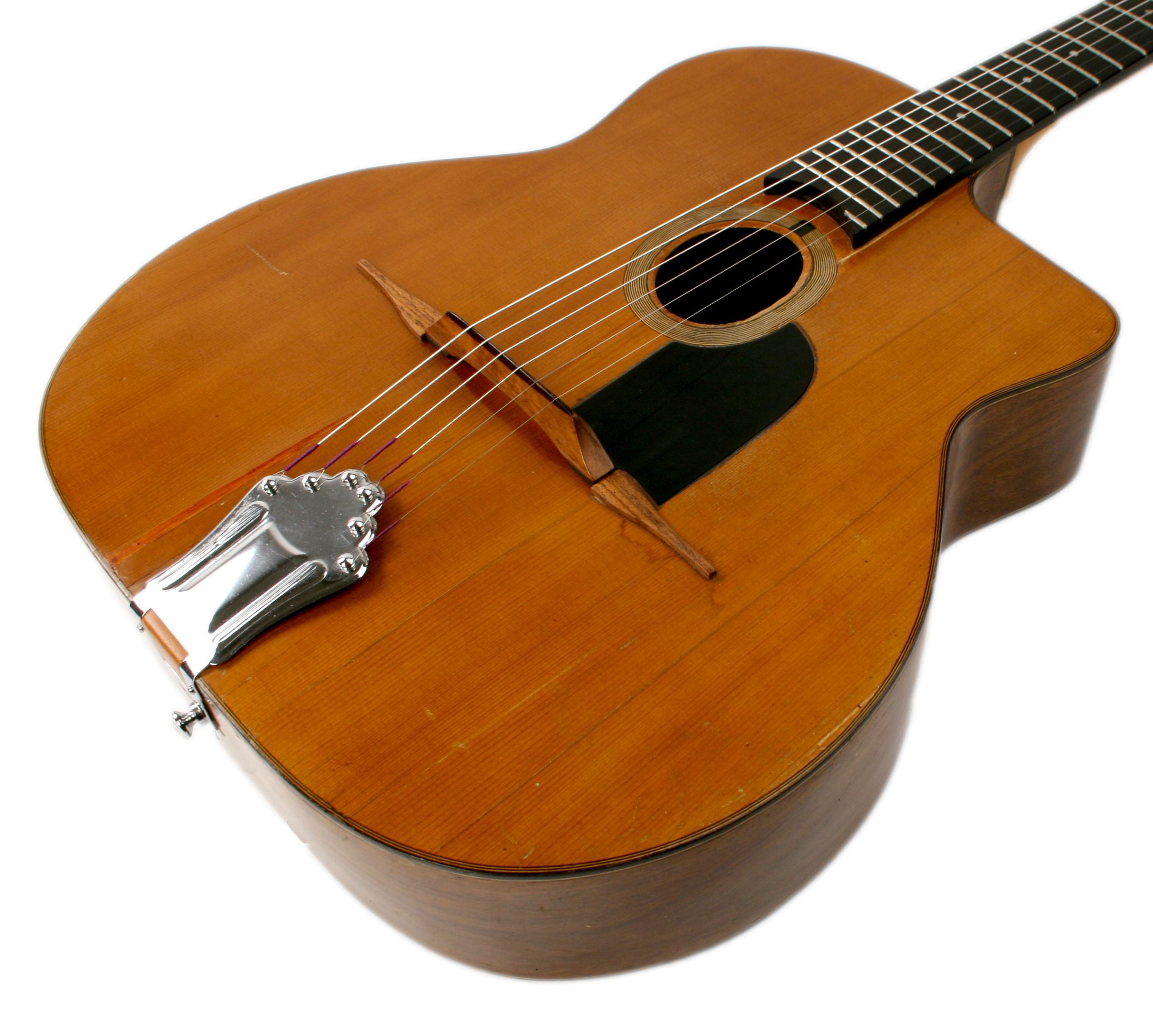 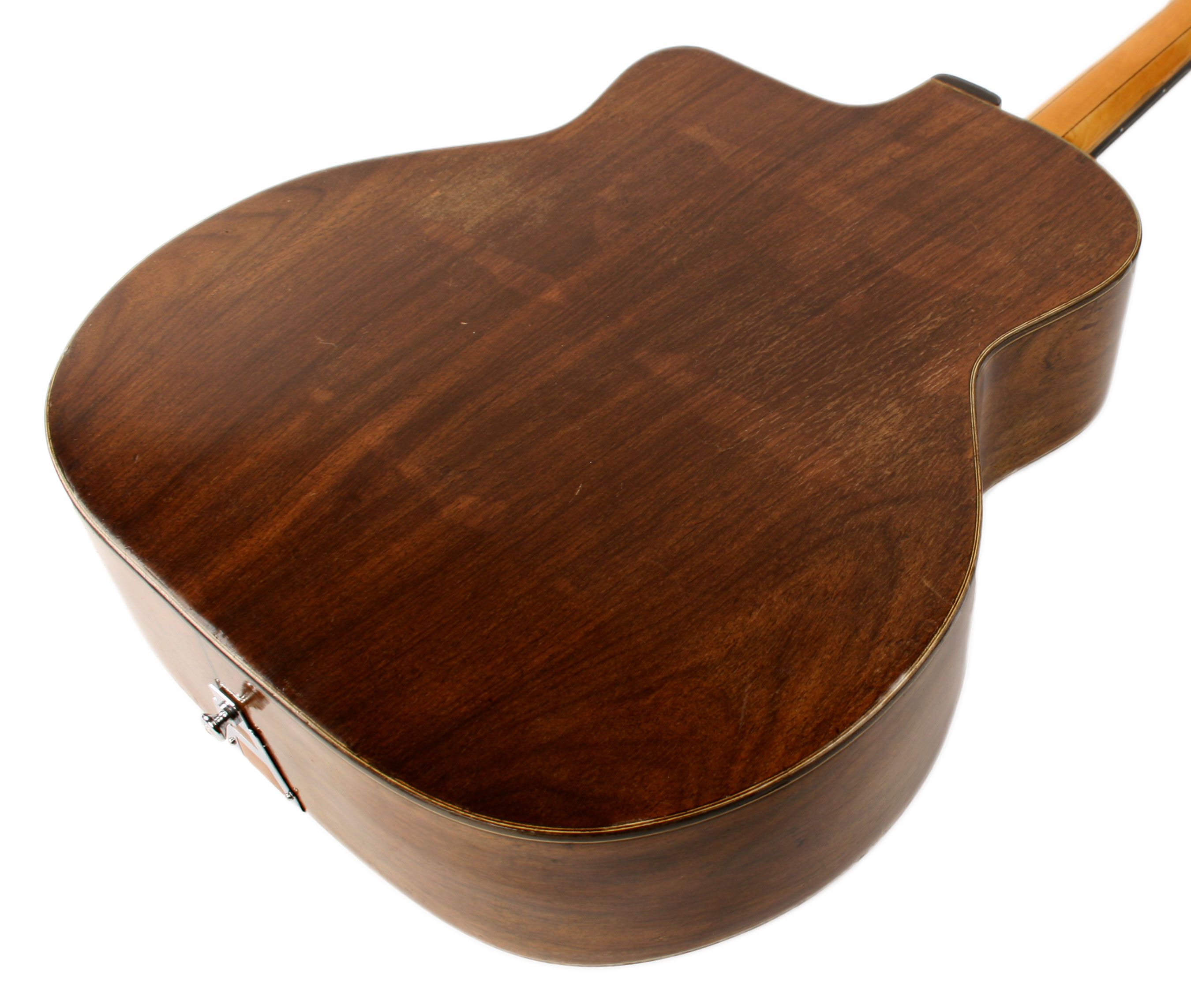 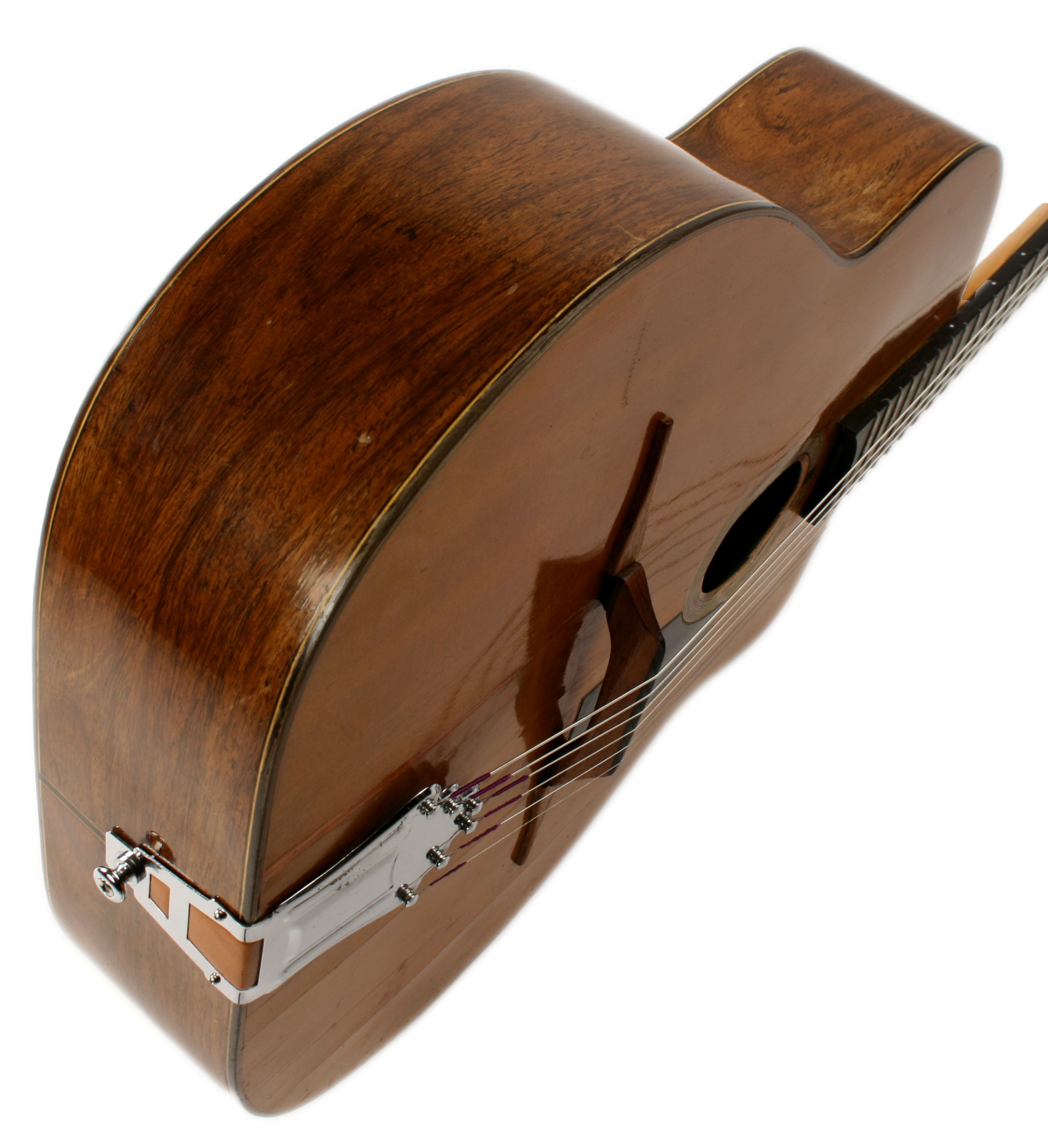 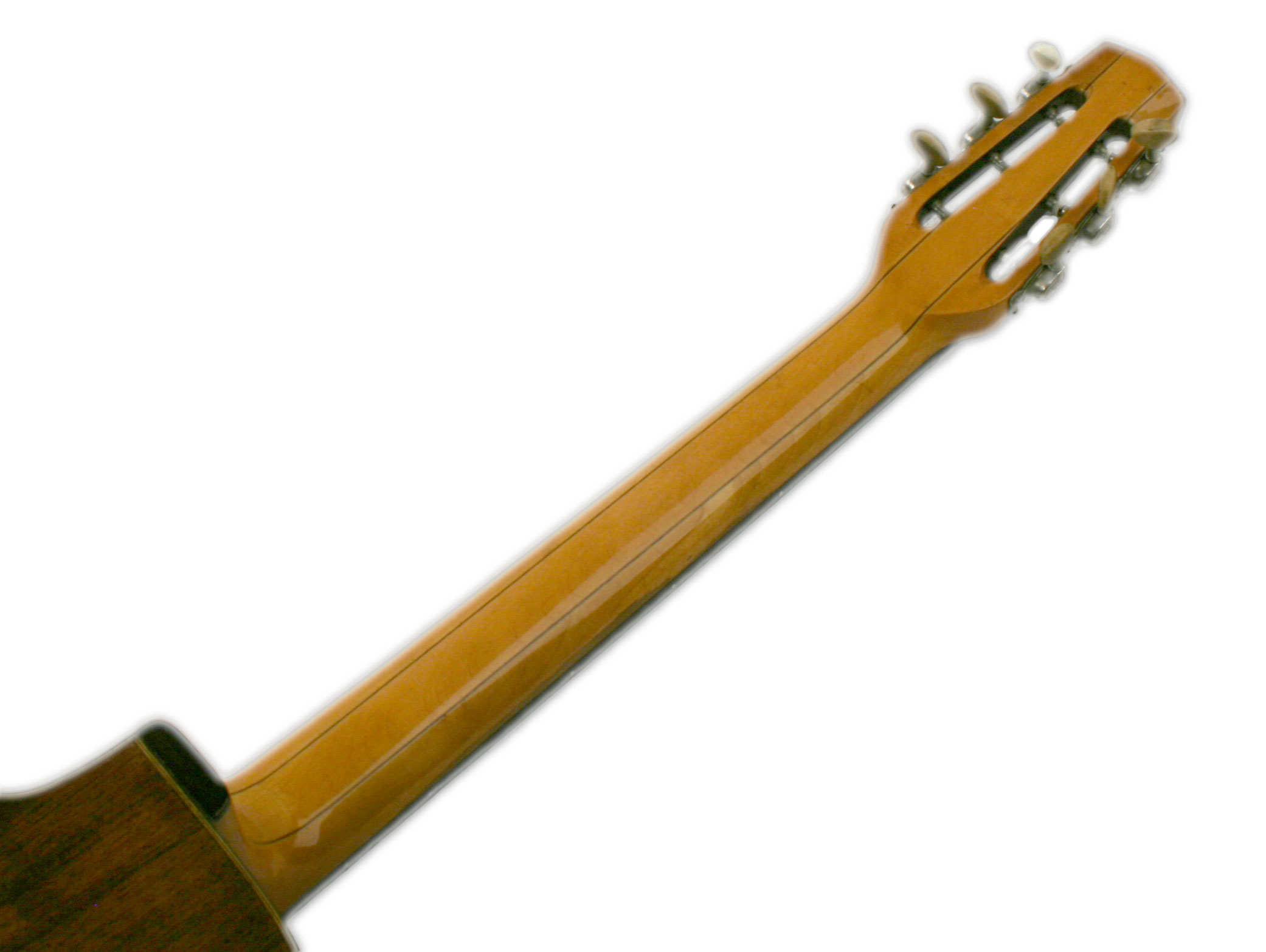 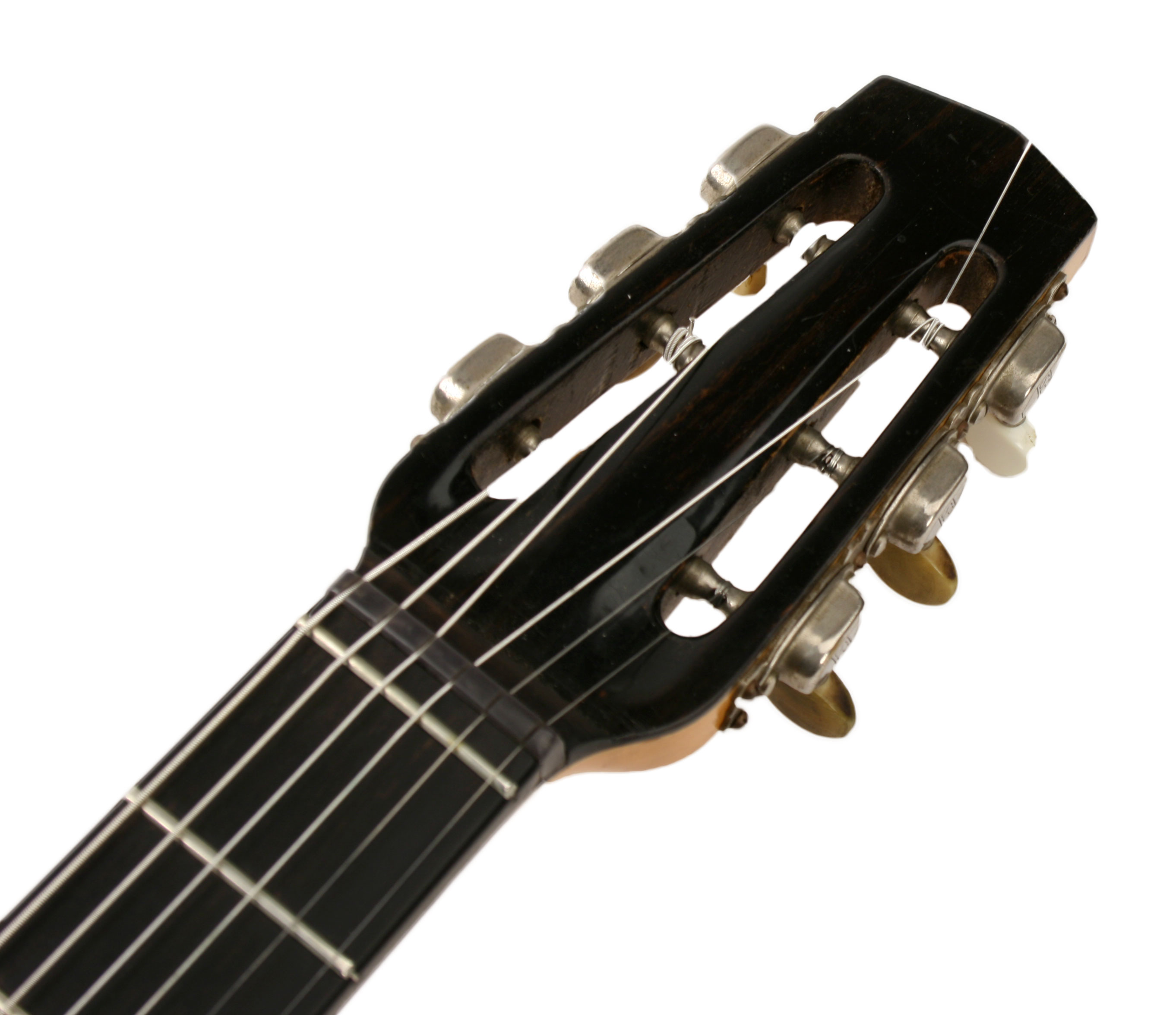 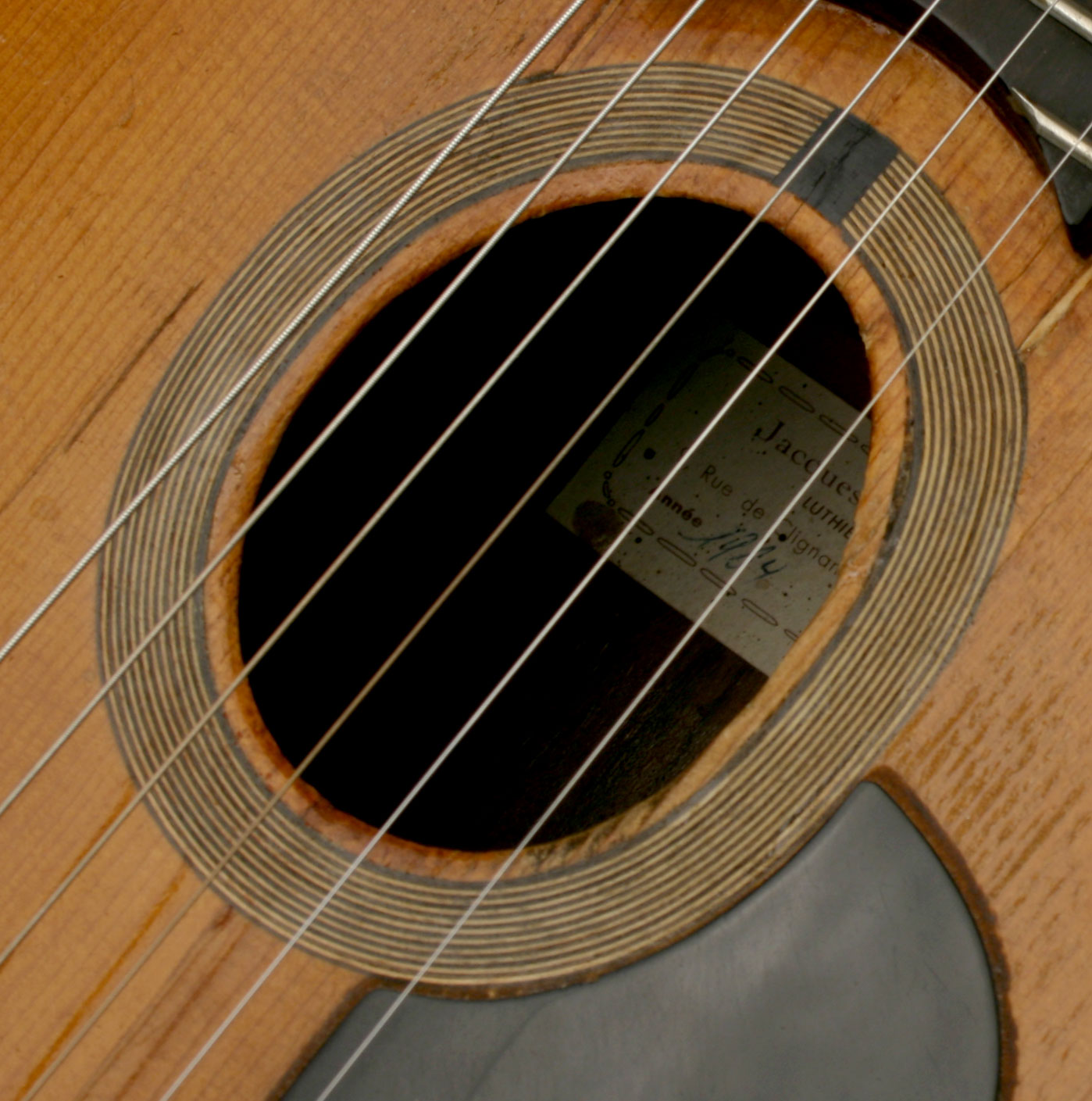 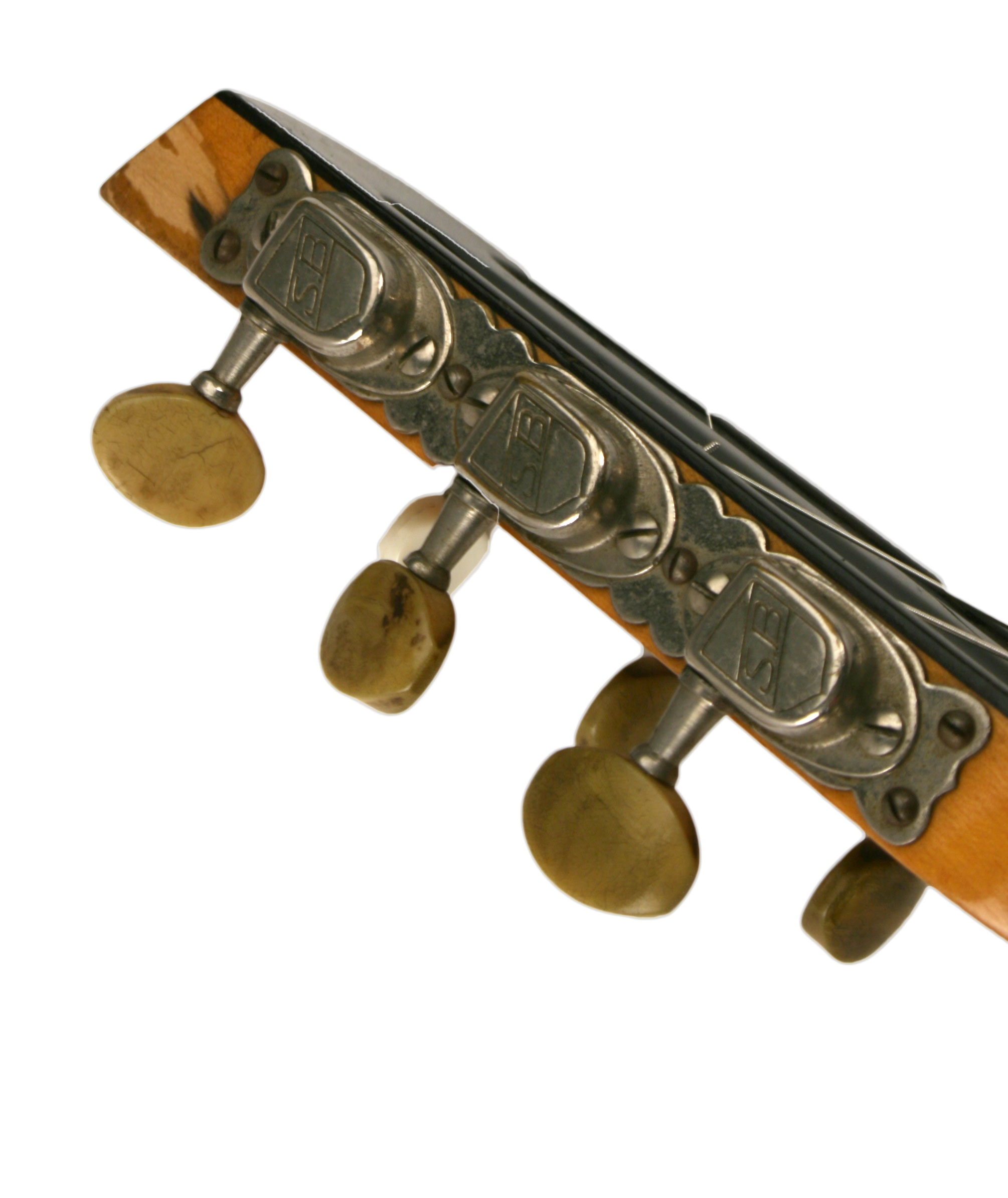 Here is something very special, a Jacques Favino from way back in 1964! This is without a doubt the oldest Favino modele #10 I have ever had! It's an amazing piece of Gypsy jazz history.

In this early period Jacques Favino didn't have employees so each guitar was hand crafted himself. Even though 70s Favinos are considered Jacques Favinos up untill late 1978, the truth is there were four people working in the shop at that time. You have to go back to the 60s to get a guitar that was made entirely by Jacques Favino.


This is the earliest of Jacques Favino's famous modele #10 I've ever seen. Jacques didn't number his guitars till many years later, so it's hard to know how many came before it. This may well be the very first modele #10! Hard to know for sure, but the extreme rarity of modele #10 Favinos from the early 60s would suggest that this is one of the first ever built.

It is strung with 10 gauge Argentines. Also, the action is exceptionally low at 2.75mm. It plays like butter with no buzzing...an amazing feat for a guitar of this age!

I absolutely guarantee you will not be disappointed with the sound of this guitar. It has the projection and tone you only find in the very best vintage guitars. The tone is warm and complex with just enough bite. It has a very open sound that just fills the room. It also has that  "Gypsy attitude" you hear in Favino players such as Moreno, Boulou Ferre, and Han'sche Weiss. Even nice Favinos from the 70s sound small compared to this cannon! It just shakes the ground when you play it!

The body specs are typical Favino: 16 1/2" body with a  4" body depth. The back and sides are Indian Rosewood. The guitar has a three piece Maple neck.


The hardware is all original: Bilardi tailpiece and tuners

The condition of the guitar is very good, especially considering most Favino's have suffered the proverbial "Gypsy life." Overall, it's a really nice looking instrument!

At some point this guitar had a second fingerboard added. This is a common technique used on old guitars. It allows one to restore playabilty without resetting the neck.

There are several repaired top cracks close to the sound hole, around the tailpiece, close to the bridge, and on the treble bout. One of the tuning buttons has been replaced.