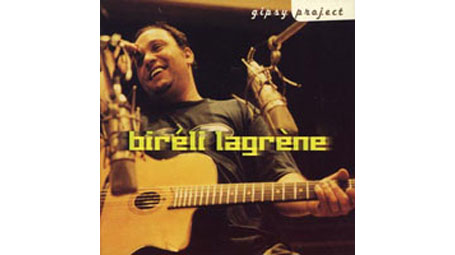 Gypsy guitarists like Biréli Lagrčne grow up learning Django Reinhardts solos the way Americans cut their teeth on "Louie, Louie" or "Stairway to Heaven." Perhaps thats why Gypsy Project, Lagrčnes first recording of acoustic, Hot Club-style jazz since his debut as a teenage guitar prodigy in the early 1980s, feels like a homecoming. Lagrčnes band may replicate the three guitars, bass, and violin lineup of the original Hot Club quintet, but this is no mere exercise in nostalgia. Lagrčne and violinist Florin Niculescu imbue standards like "Embraceable You" and "Lime House Blues" with a blend of jazzy sophistication and bittersweet romanticism that is undeniably Gypsy in character. Its as if they are wrapping the hard lessons learned in centuries of difficult wandering within bonbons like Charles Trenets "La Mer." The music on Gypsy Project has a certain charm, but when Lagrčne accents the melody with an unexpected string bend or rhythmic flourish, he reveals surprisingly complex emotions lying just beneath the surface.