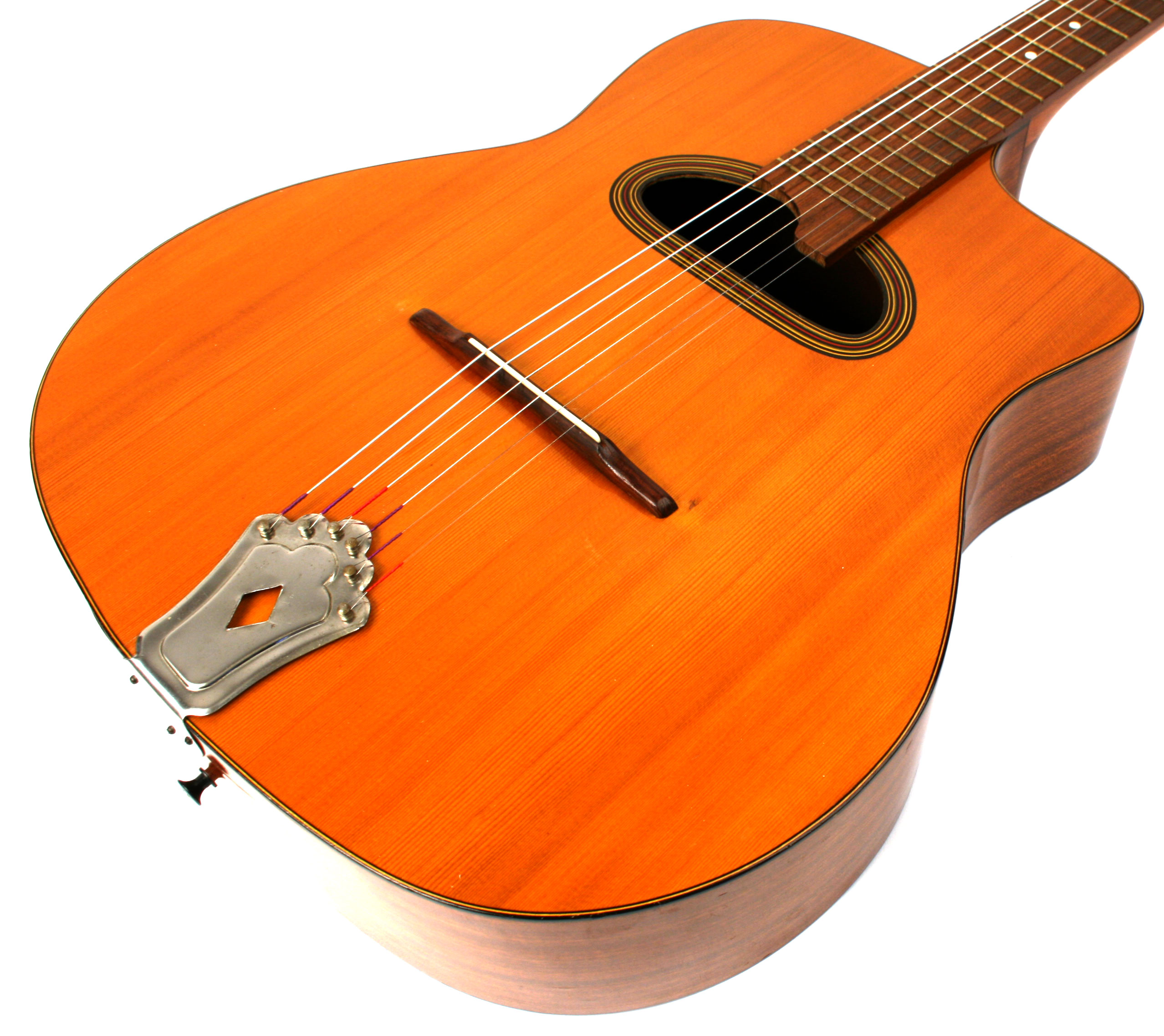 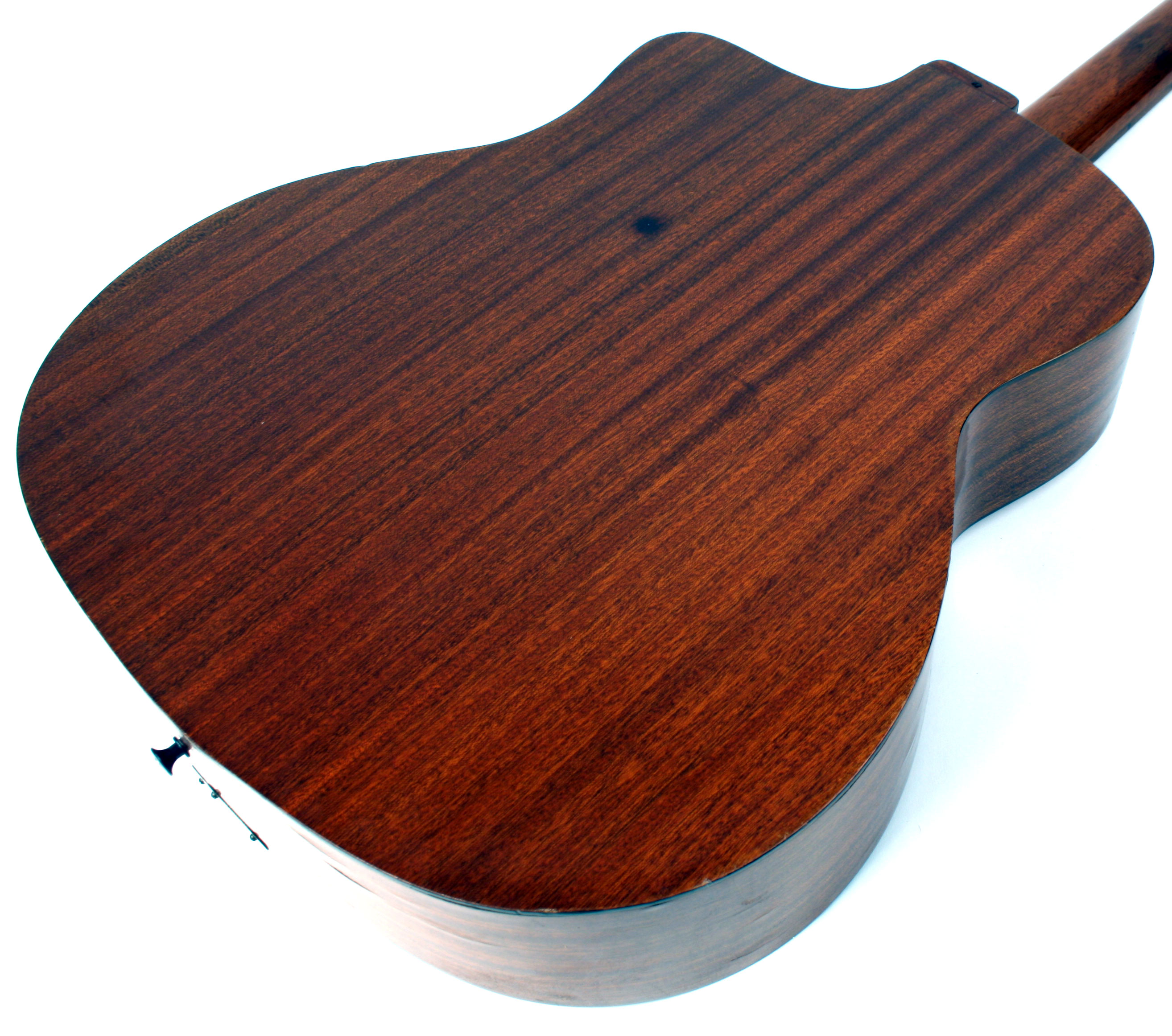 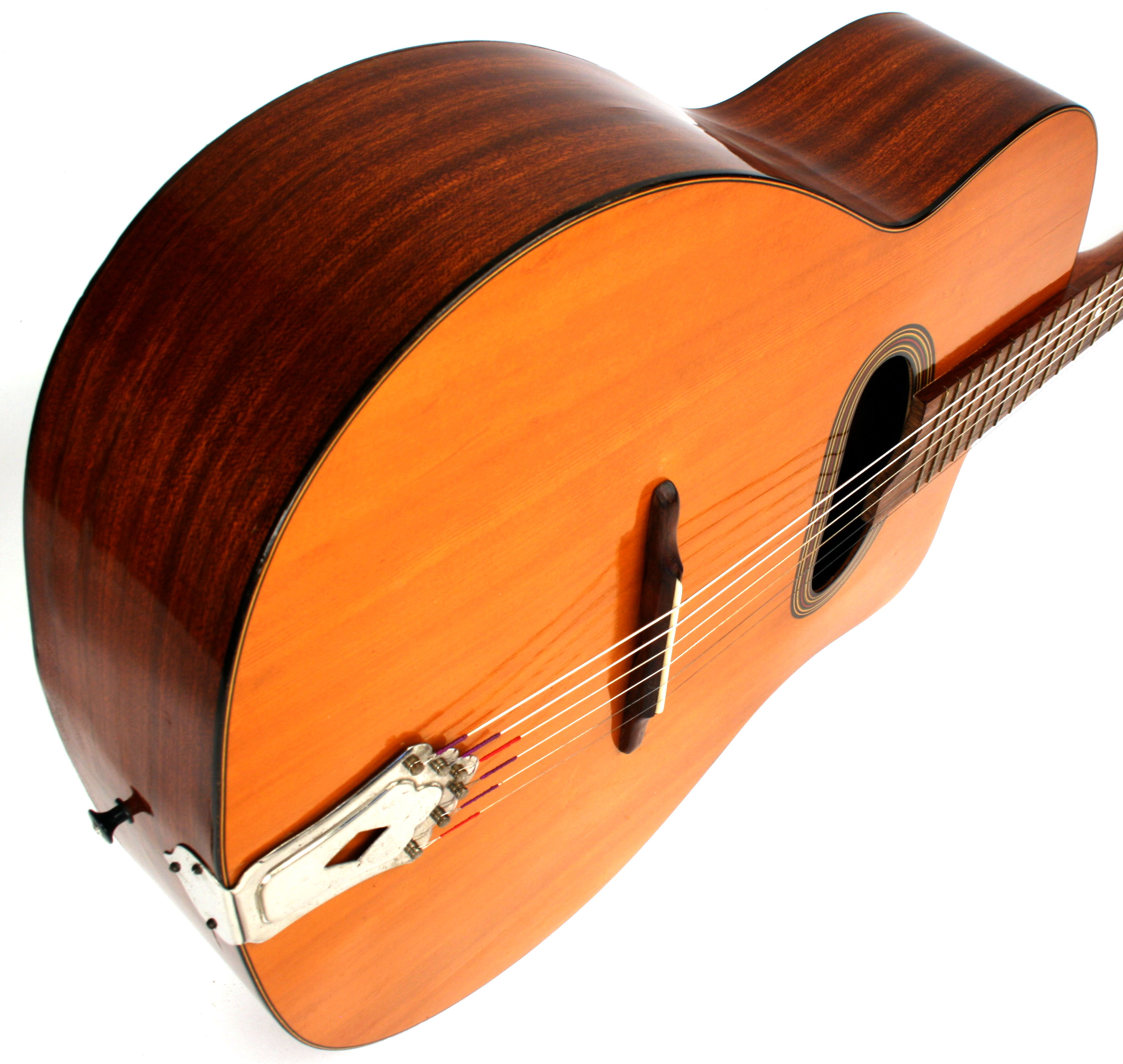 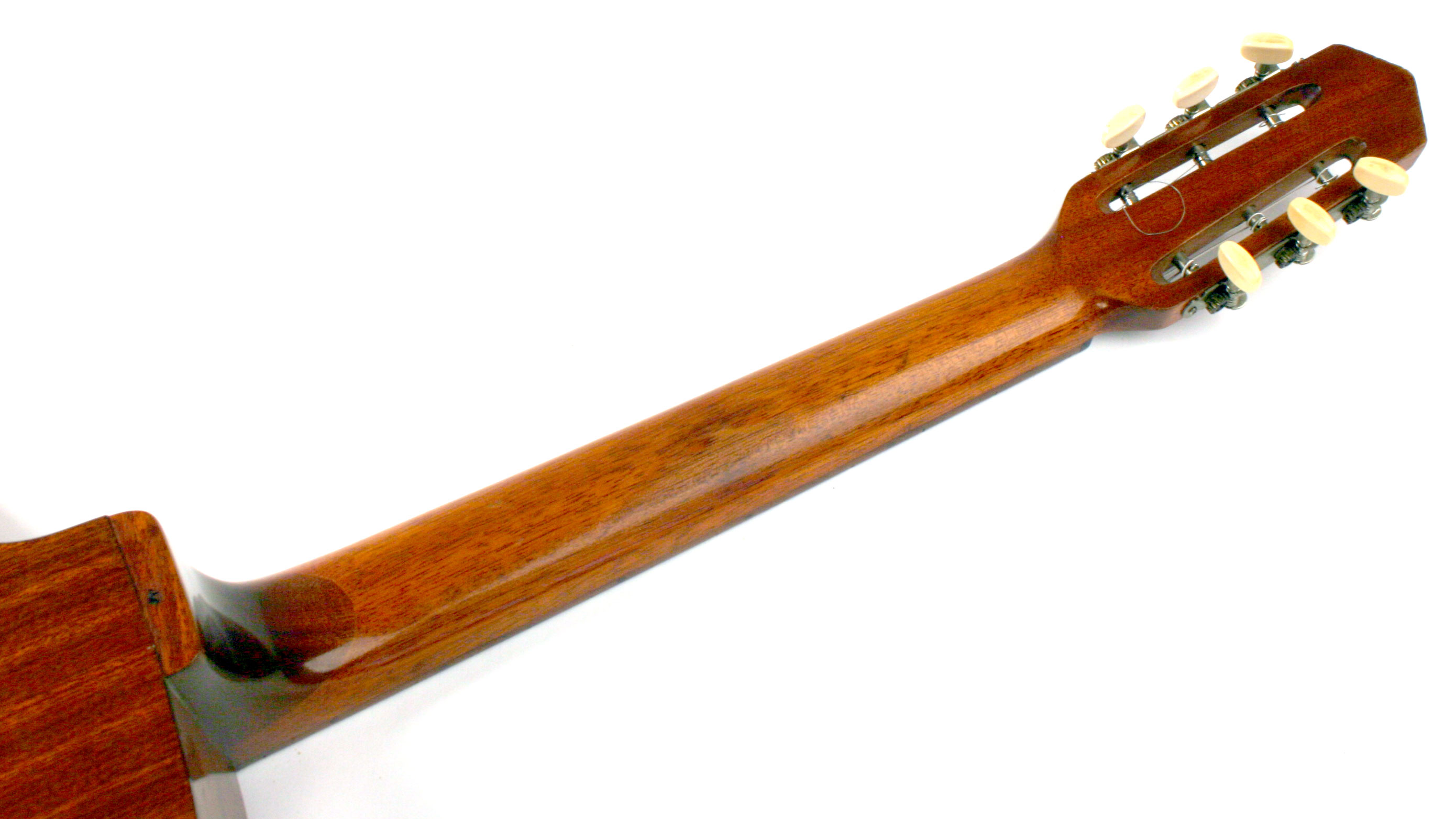 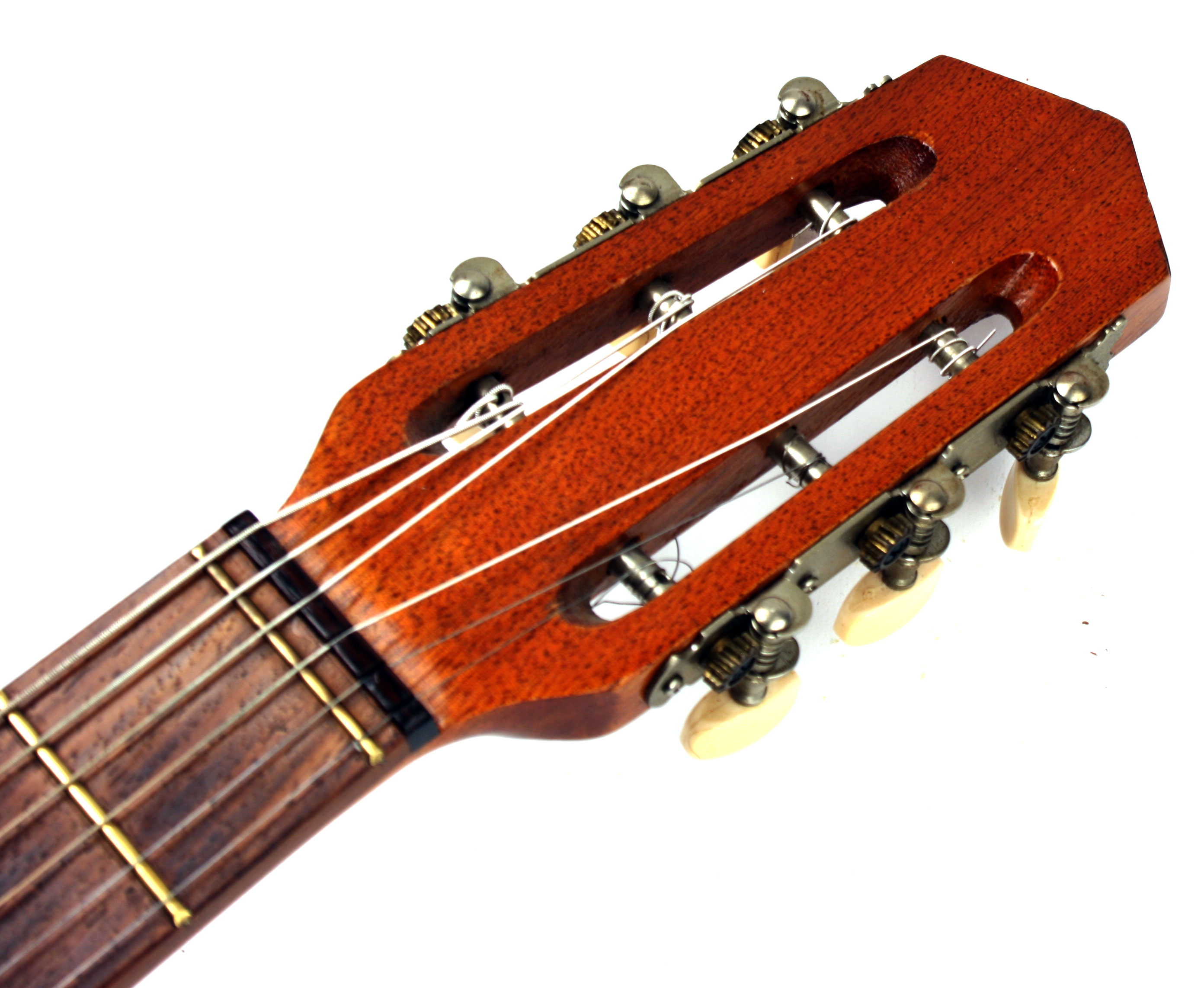 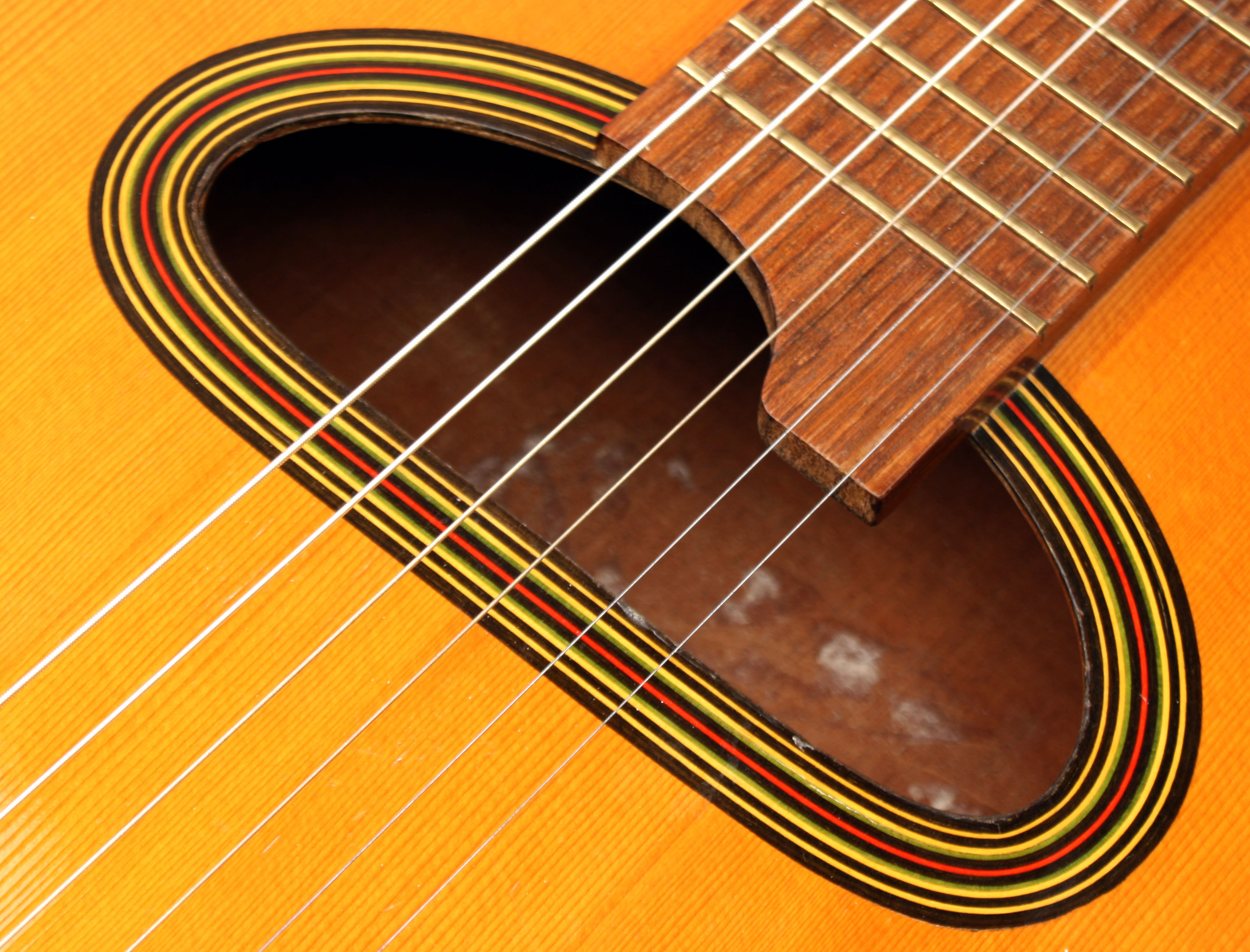 From time to time we receive instruments that have no label or design characteristics which enable them to be accurately identified. Many of these guitars were built by well known builders in the "Golden Age" of French luthiery under contract for retailers such as Paul Beuscher, H. Lemair & Fils, etc. These instruments are generally referred to as "Gypsy Mystery" guitars and are some of the best bargains in the vintage Gypsy guitar market.

This particular guitar was said to have had a Paul Beuscher label at one point. The label has since been removed, leavening only a trace of it's existence. Precisely who built the guitar is hard to say as it doesn't have any design features that would indicate one of the better known makers. I have seen one other, nearly identical guitar like this before, so it's not a one-of-a-kind. Regardless, it's a fine example from this period an is in pristine condition.

Notable features include the larger 16 1/8" Busato style body, spruce top, mahogany back and sides, mahogany neck, original brass frets, a period diamond nickel tailpiece, and what is probably the original bridge with a bone saddle.

The tone of this guitar is very open with lots of color and complexity. It is notably strong in the mids, making it an excellent rhythm guitar.

As mentioned earlier, the condition of this instrument is breathtaking! It has survived half a century with only a few small scratches and dings. It has been professionally setup and plays like butter with super smooth 2.4mm action.

A wonderful opportunity to own a vintage instrument an an affordable price!