Mateos Spain's most revered builder pays tribute to this classic Di Mauro model! Arts & Entertainment > Hobbies & Creative Arts > Musical Instruments > String Instruments > Guitars > Acoustic Guitars geronimo-mateos-special-chorus Special Chorus 5.0 1
humphrymusic
5 5
This is a LONG review. If you don’t have the patience, here’s a summary: - It’s louder than all other gypsy jazz guitars I’ve personally played - The sound is “different”; still “gypsy”, but more mid-range than “bite-y” - It’s beautiful, well-made, and very light - It’s a little bit of an oddball compared to oval and D-hole Sel-Mac guitars, but that’s part of the appeal (for me) - It’s very much the value for the price (maybe more so) That’s it in a nutshell. If you’ve got patience, here...
View Offer DjangoBooks.com https://www.djangobooks.com/Item/geronimo-mateos-special-chorus
Location
Location
Home / Previously Sold / Geronimo Mateos Guitars (Built in Spain) / 2017 Geronimo Mateos Special Chorus 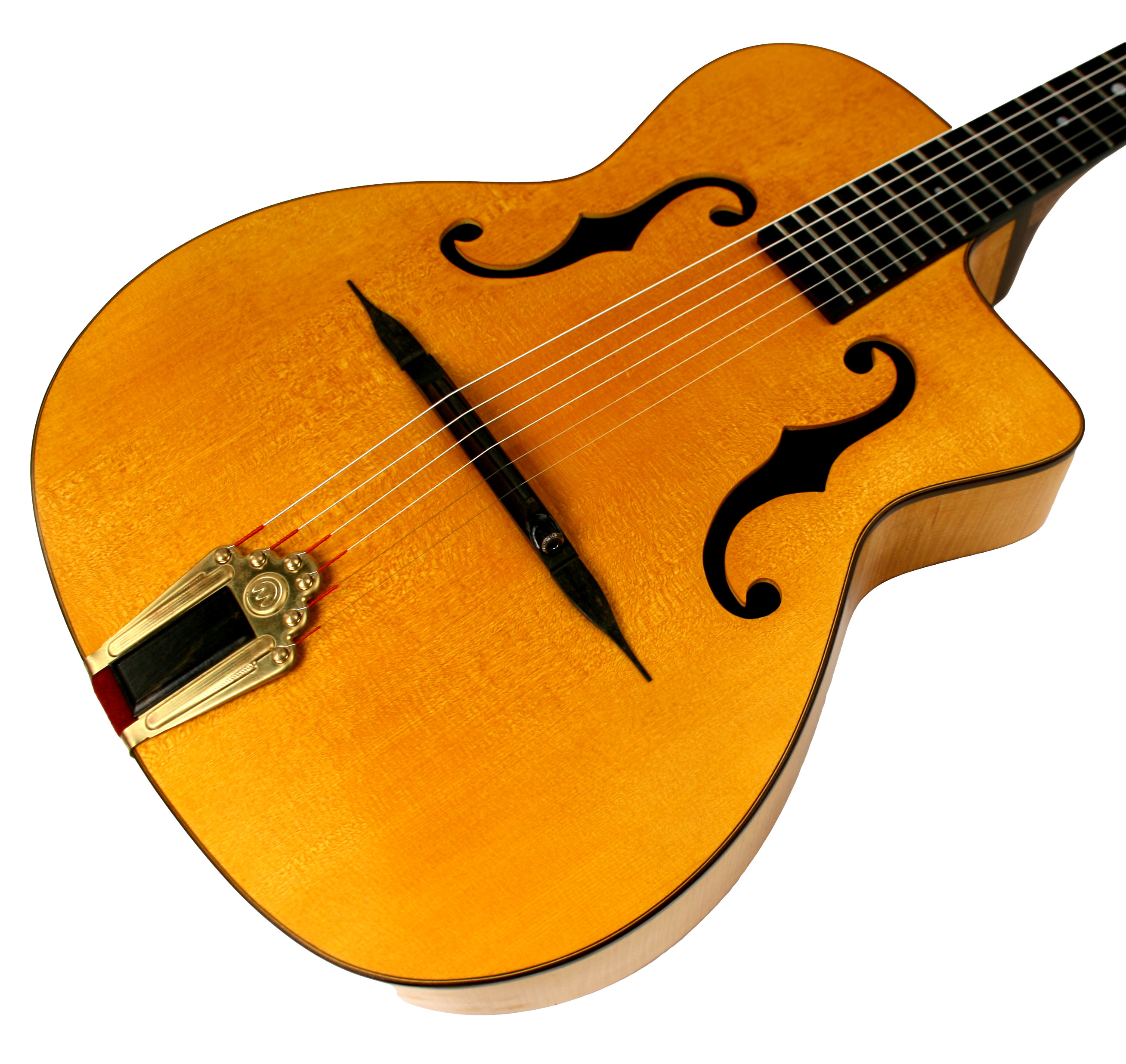 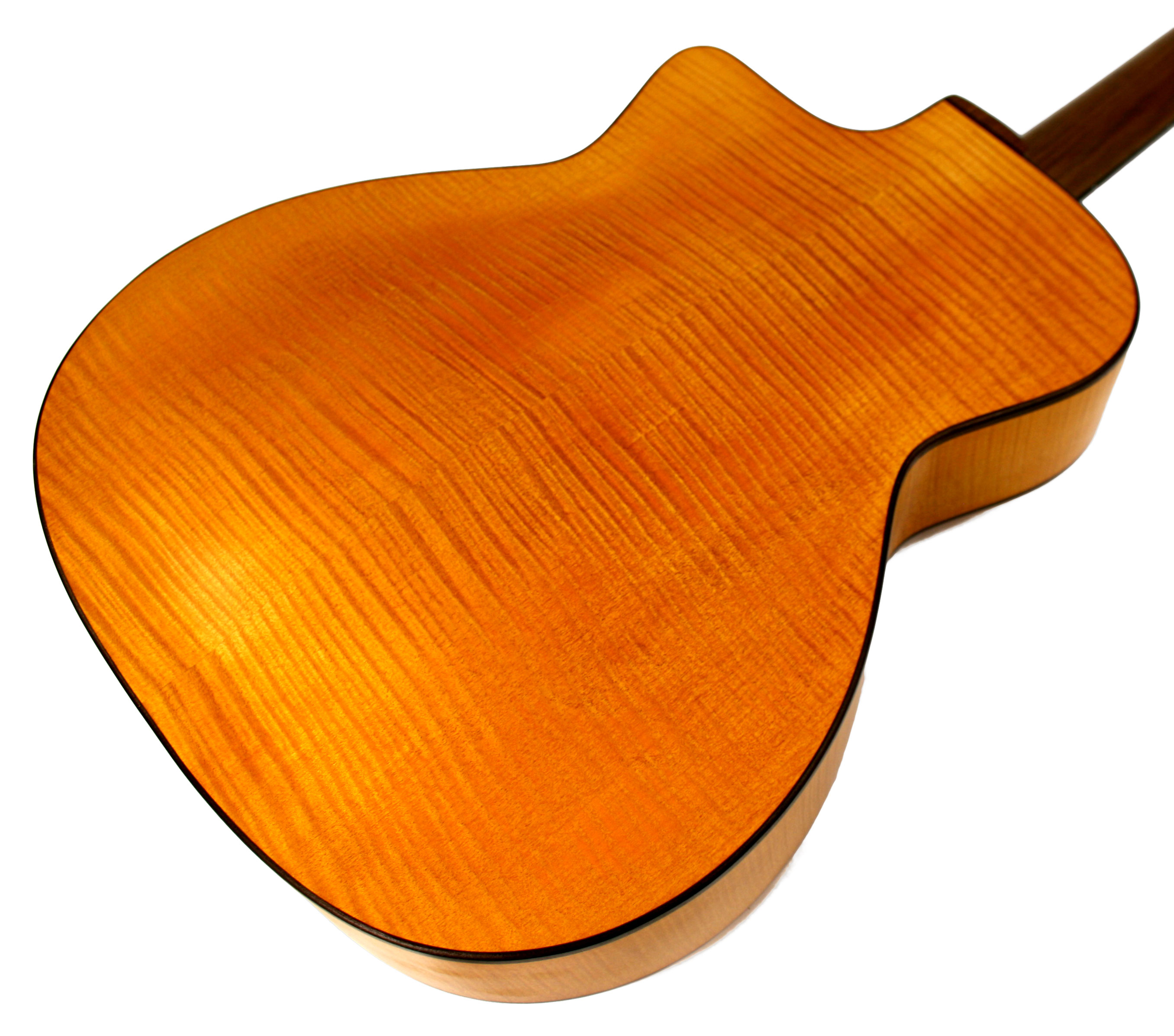 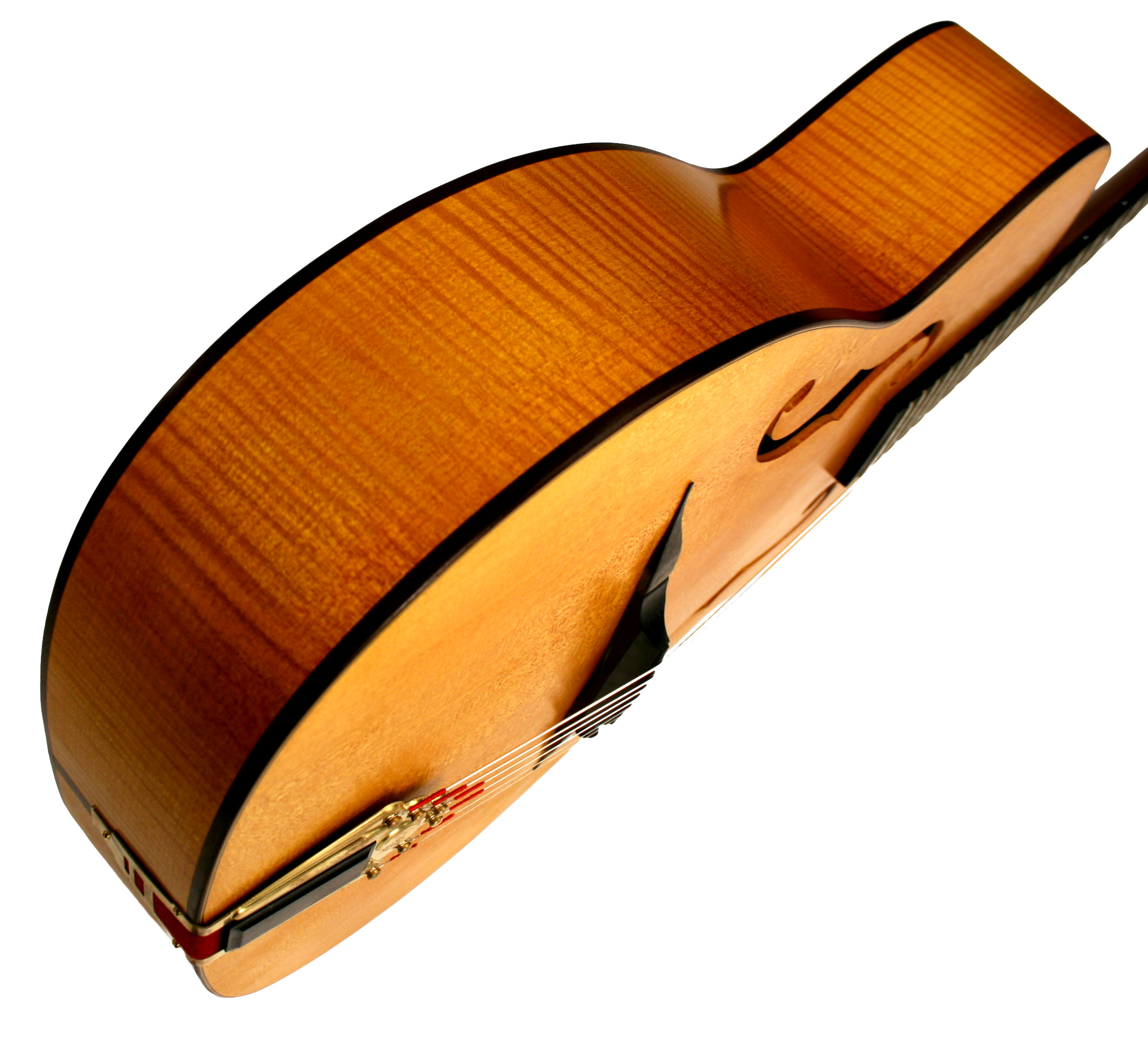 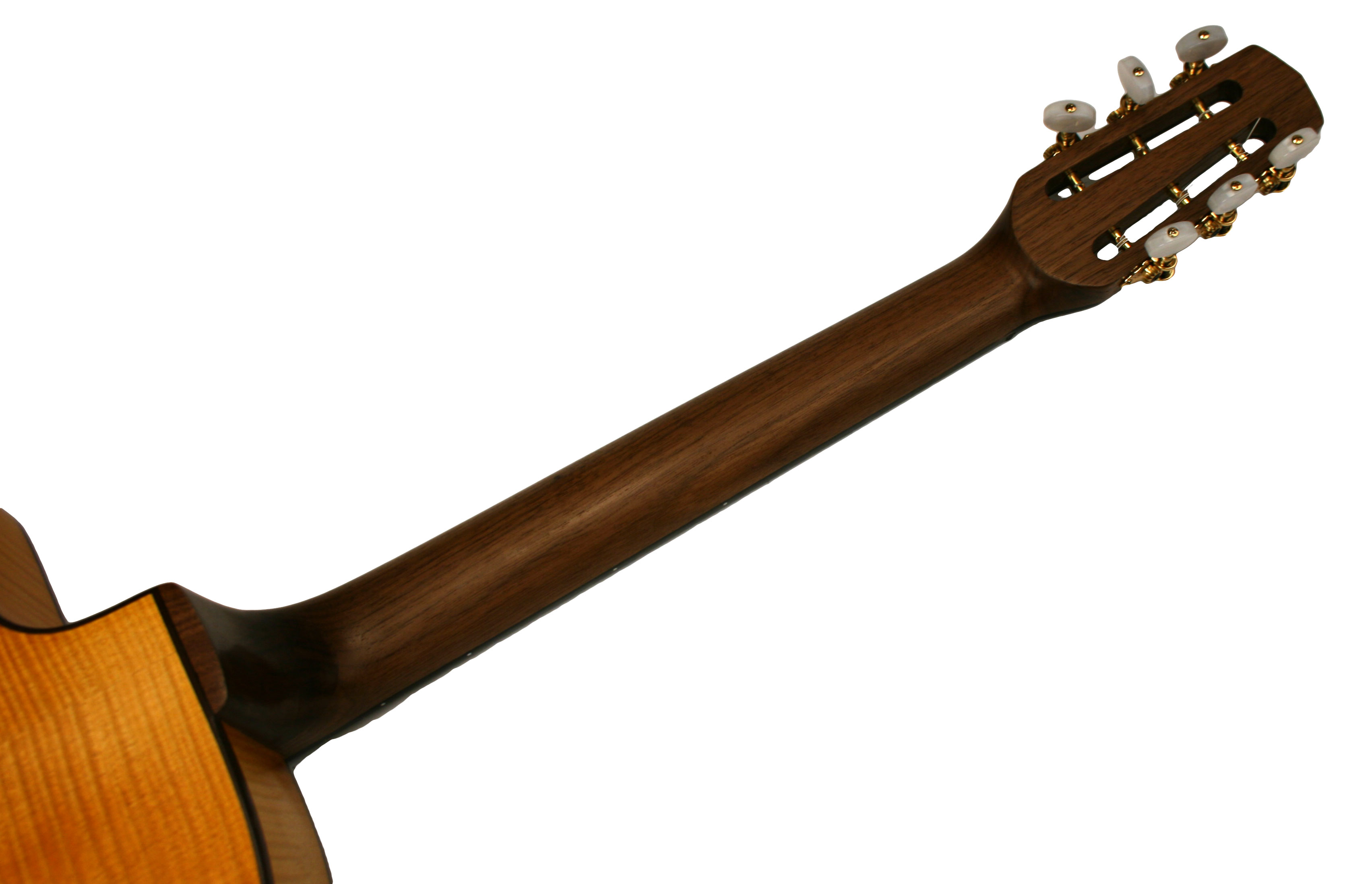 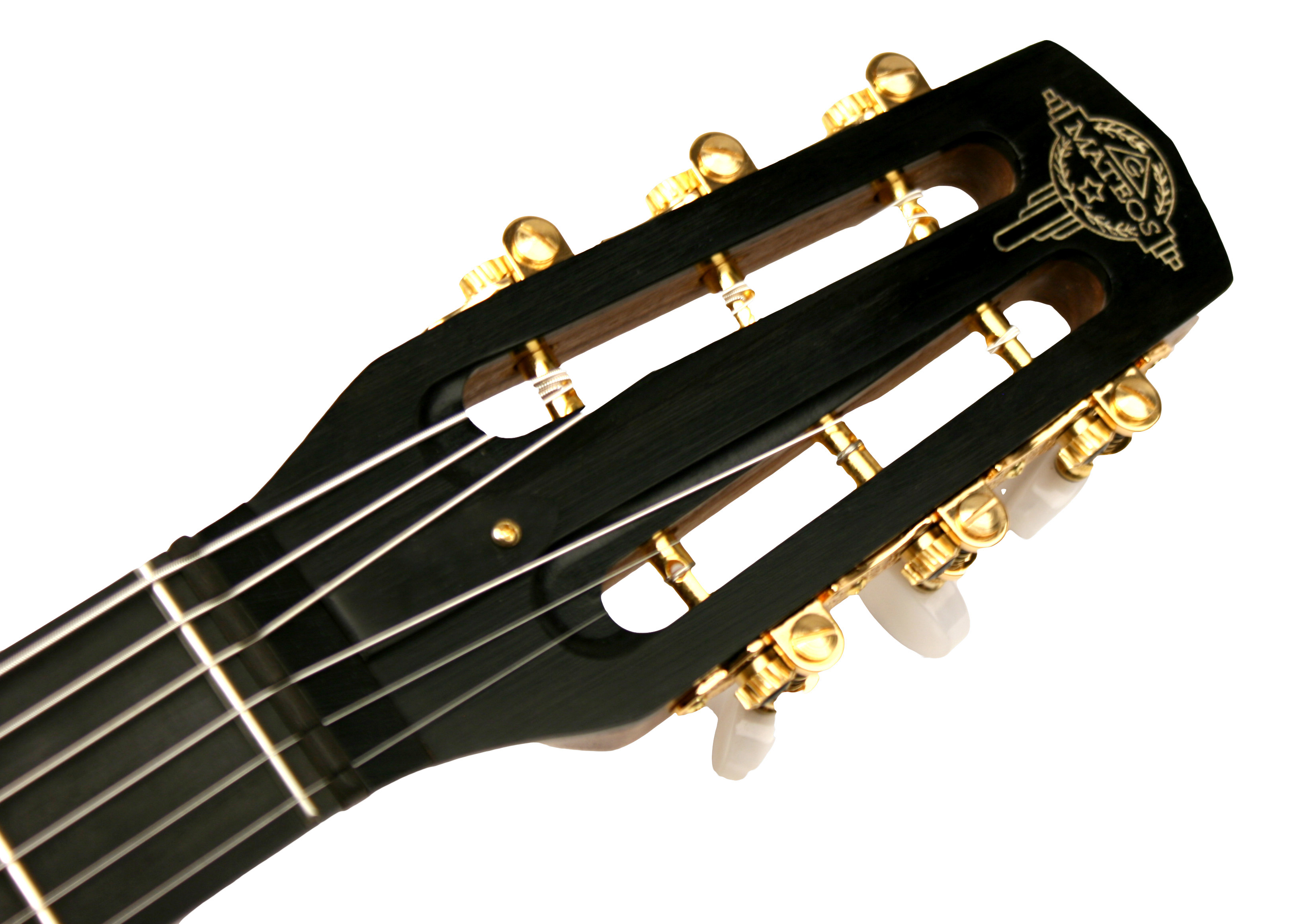 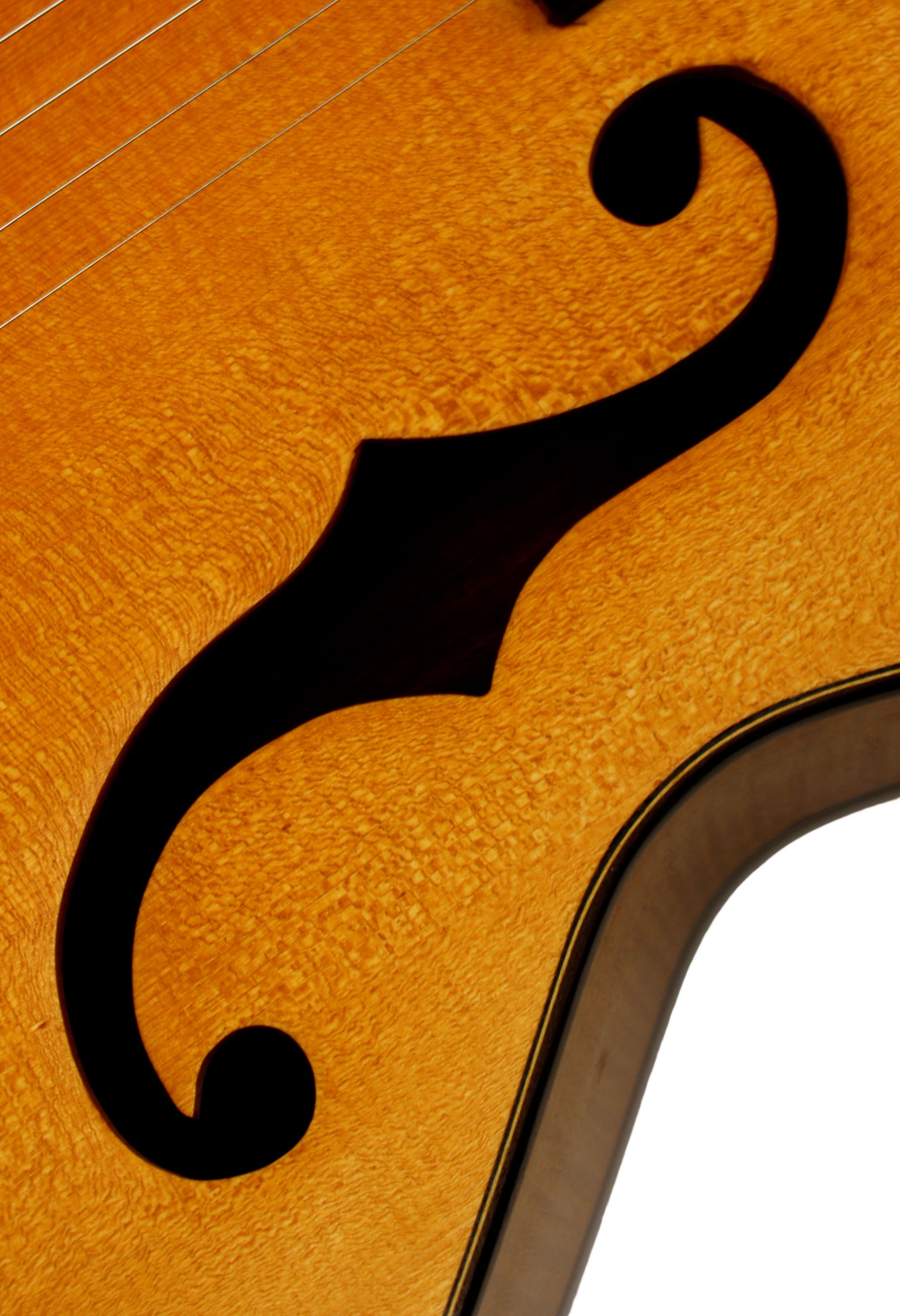 Geronimo Mateos has long been one of the leading Selmer Maccaferri style luthiers in Spain. Based in Madrid, his guitars are played worldwide by such notably luminaries as Angelo Debarre, Tchavolo Schmitt, and Gonzalo Bergara. Angelo Debarre played a Mateos guitar on the CDs "Come Into My Swing," "Entre Amis," and "Memoires," (Tchavolo Schmitt plays one as well on "Memoires") and Gonzalo Bergara played a Mateos built guitar on the CD Porteńa Soledad. Some of his earlier instruments were rebranded as "Gallato" but were built in the same shop as this Mateos instrument.

This handsome F hole model is a tribute to the legendary Di Mauro Special Chorus. It features a select spruce top, flamed maple back and sides, and a walnut neck. Staying true to the Di Mauro design, Geronimo positioned the F holes up around the waist of the guitar, but otherwise followed the typical body contours of a Selmer Maccaferri guitar. The top has been tastefully tinted to give the guitar the look of a finely aged instrument. A light, oil based finish has been applied  which allows the instrument to resonate more efficiently than heavier polyurethane finishes. The natural, earthy quality of the oil finish really shows off the stunning flame of the maple back and sides!

Geronimo included his own "Gypsy Bridge" piezo based pickup system with this guitar. Similar to the bigtone, the piezo sensor is mounted inside the bridge which allows for optimal tone and maximum feedback resistance. However, the Gypsy Bridge has a jack in the bridge itself, eliminating the need for drilling and internal wiring. A mini to 1/4" cable is included with the guitar.

The sound of this instrument has both the charm of an archtop and the power of a Gypsy guitar. The F hole design produces a warm, focused midrange that produces big, beefy chords and rounded, mellifluous single note lines. This instrument projects marvelously well, producing a woof like bark when struck with good force. When played with a lighter touch, it gently sings making ballads and solo work an almost mystical experience. These characteristics make this guitar extremely versatile, with tonal qualities that make it easily at home around the Gypsy campfire or in a NY jazz club.


A European handmade instrument of this quality is rarely found for less than $4000 making this instrument an exceptional value. The fact that the instrument is equipped with a pickup only sweetens the deal. If you're looking for great Gypsy tone for less, this is it!