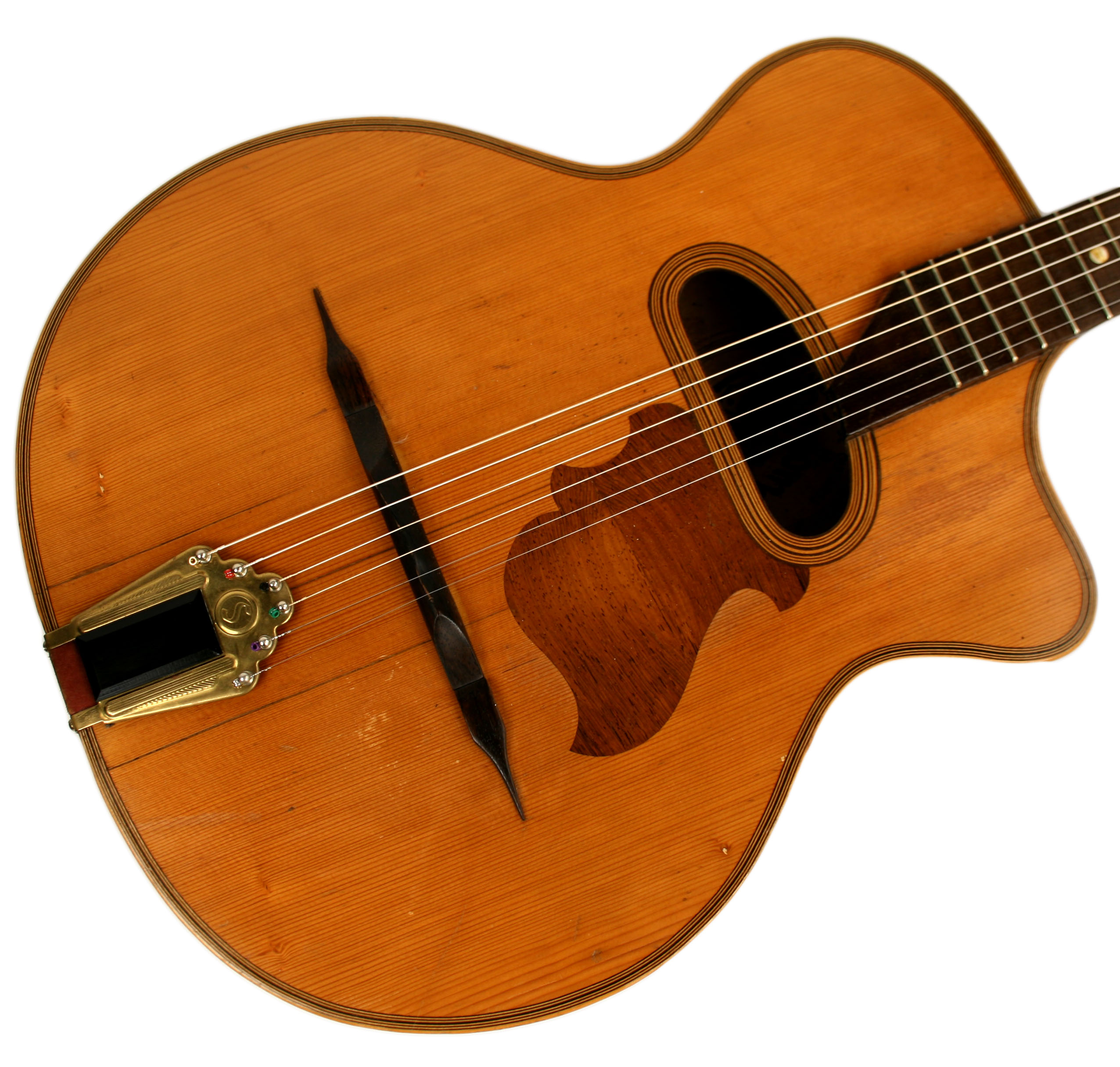 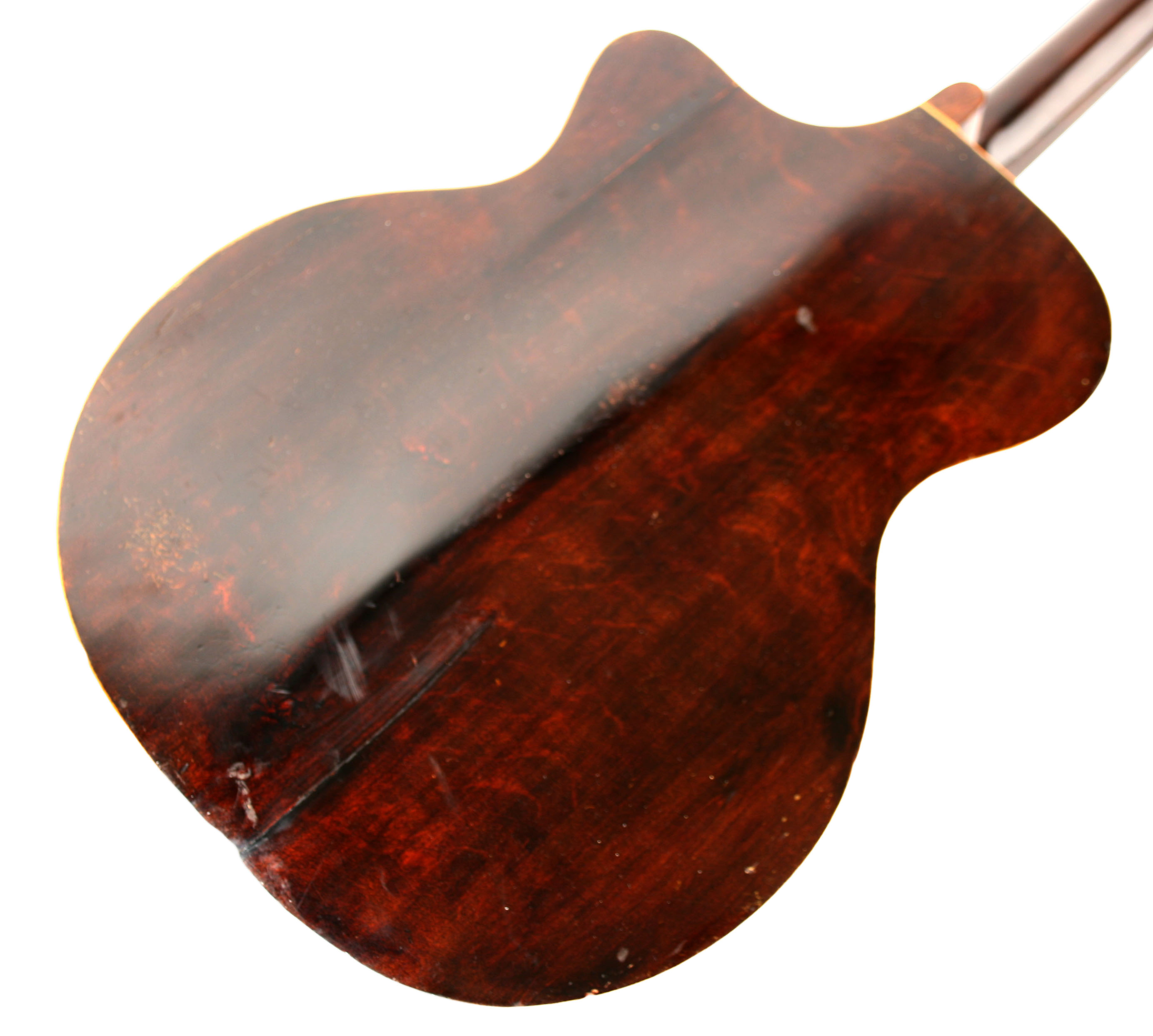 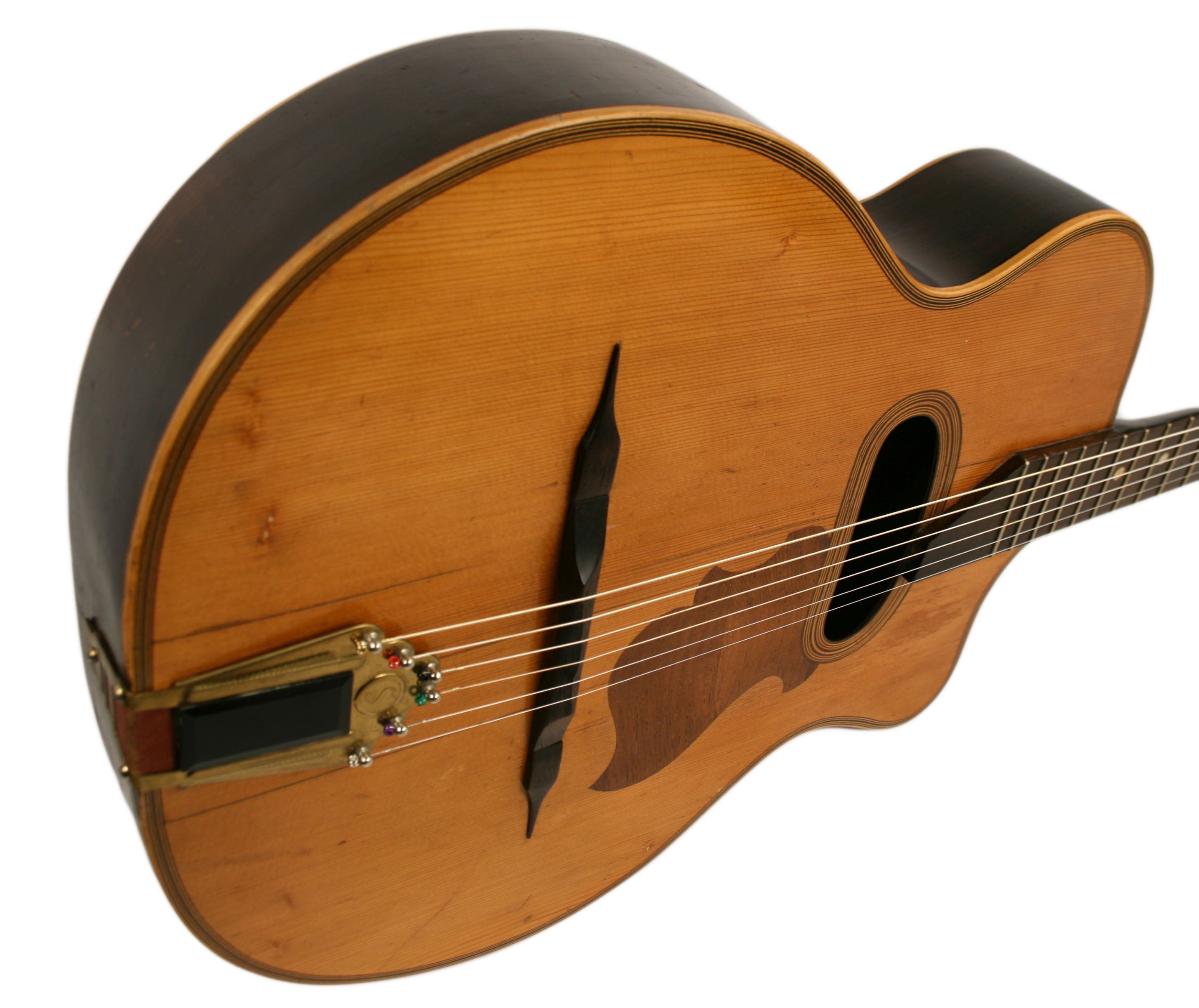 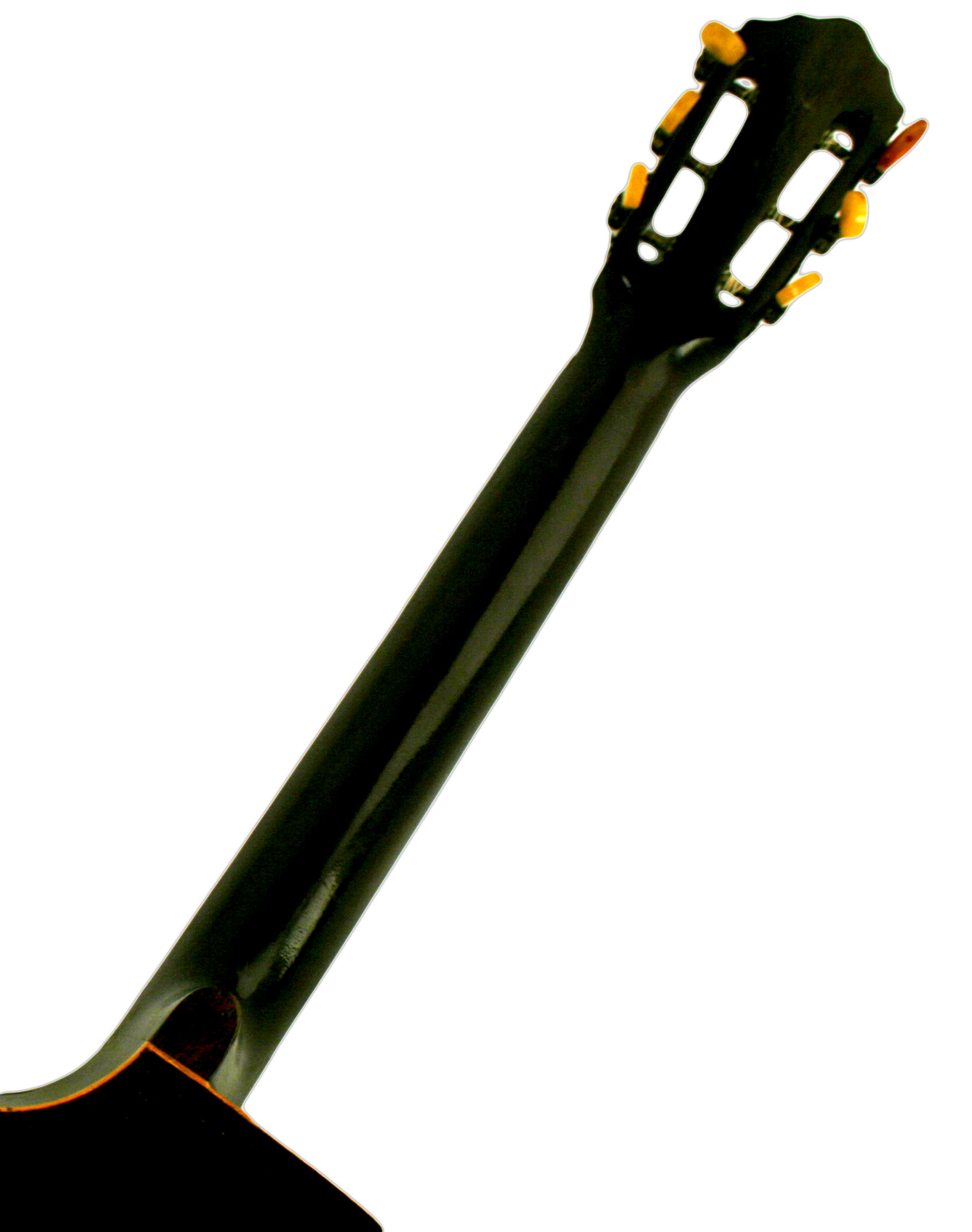 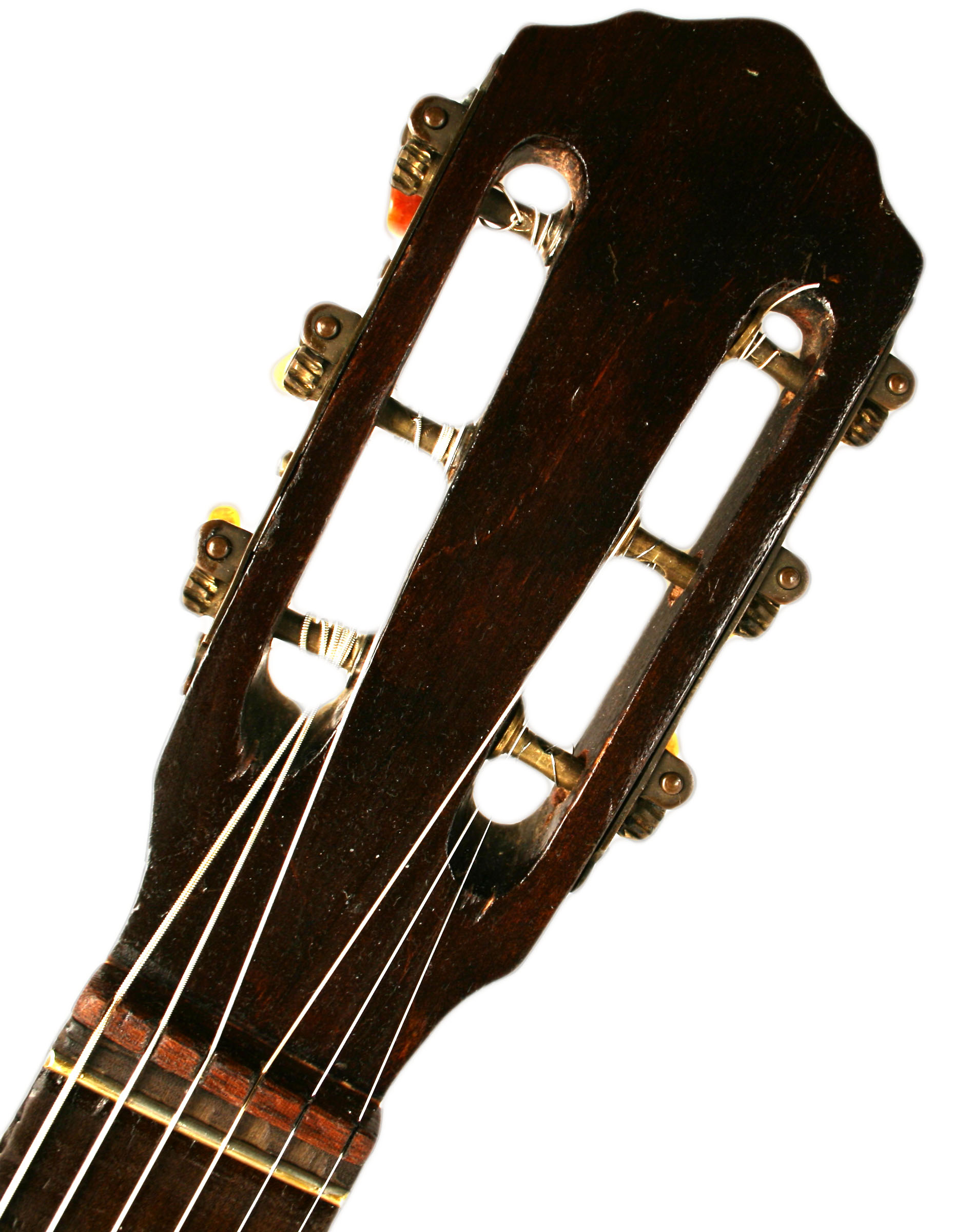 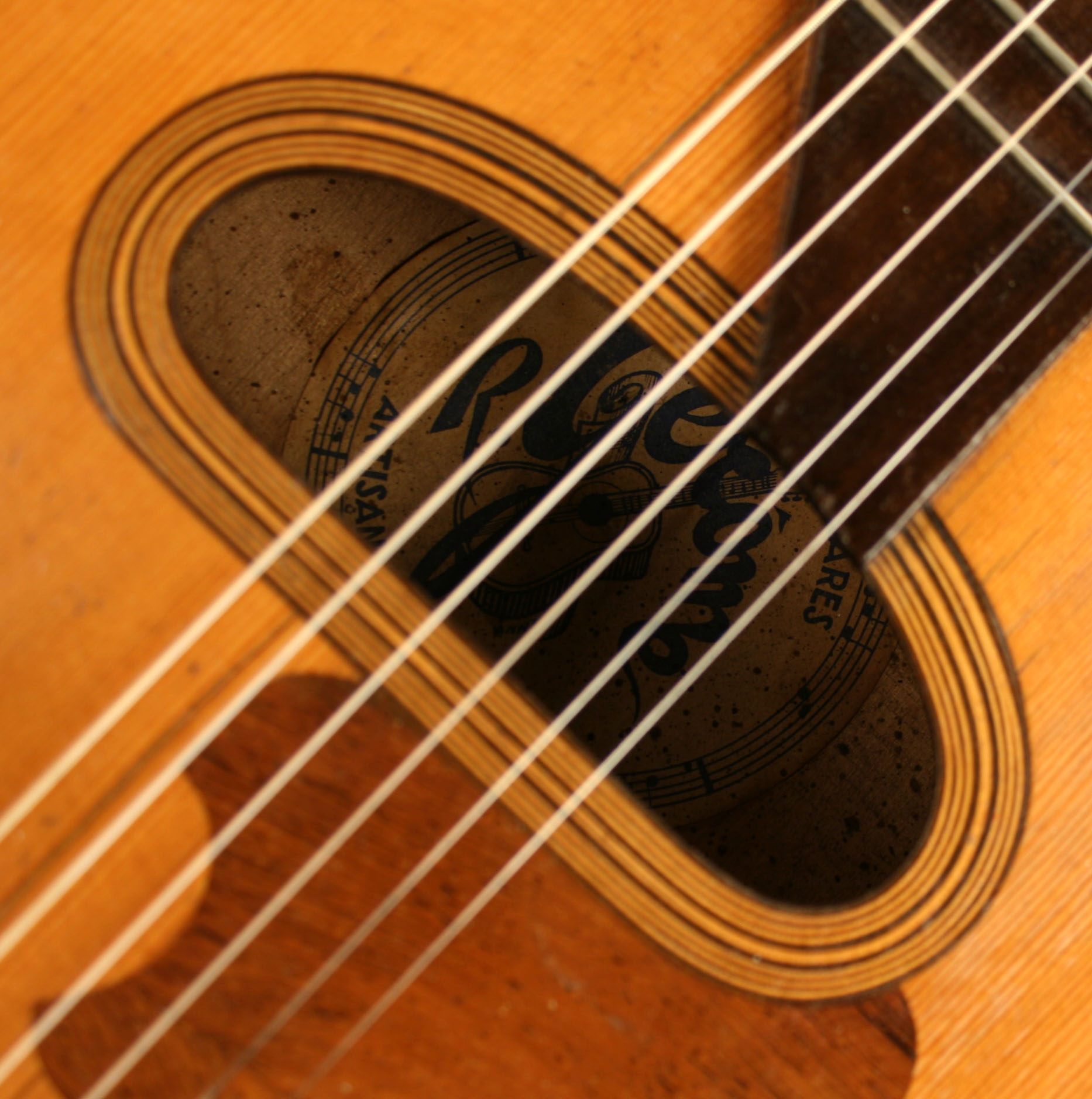 The Gerome family has been making instruments in Mirecourt, the ancient center of French luthiery, for over a century. First known for their Neapolitan mandolins, the Gerome workshop eventually grew to the point where they were producing nearly 2000 guitars and mandolins a month. Over the decades Gerome instruments gained a reputation for their excellent quality, great tone, and aesthetic beauty. By the 1990s the Gerome brothers had all retired and passed their legacy onto their apprentice, Philippe Moneret.

This wonderful example is the Jazz model that Gerome produced in the 1940s. It features a distinctive bean shaped soundhole, a short 12 fret neck, and a unusually wide lower bout. Other unique features include the original wood pickguard and an arched back.

This distinctive model has often found itself in the hands of notable Gypsy players, with the most famous being Dorado Schmitt's performance of Kali Sara in the film Latcho Drom (see video clip.)
This guitar is in good condition with one back crack, two top cracks, and a side crack close to the endblock, all of which have been cleated.There is no discernible fret wear and the guitar plays easily with slinky 2.8mm action.
First and foremost, this guitar is a rhythm machine. The short scale and bean shaped soundhole produce crisp, yet full rhythm sound that modern guitars can never match. The featherweight body resonates furiously with every strum, creating an exciting burst of sound. While anyone would agree this instrument is a rhythm players dream, it's spunky "can do" attitude makes it a great backup lead guitar as well.

Hat's off to Gerome for bringing this joyous instrument into the world! There aren't many of these little beanhole guitars left in playable condition, come grab this one while it's still here.