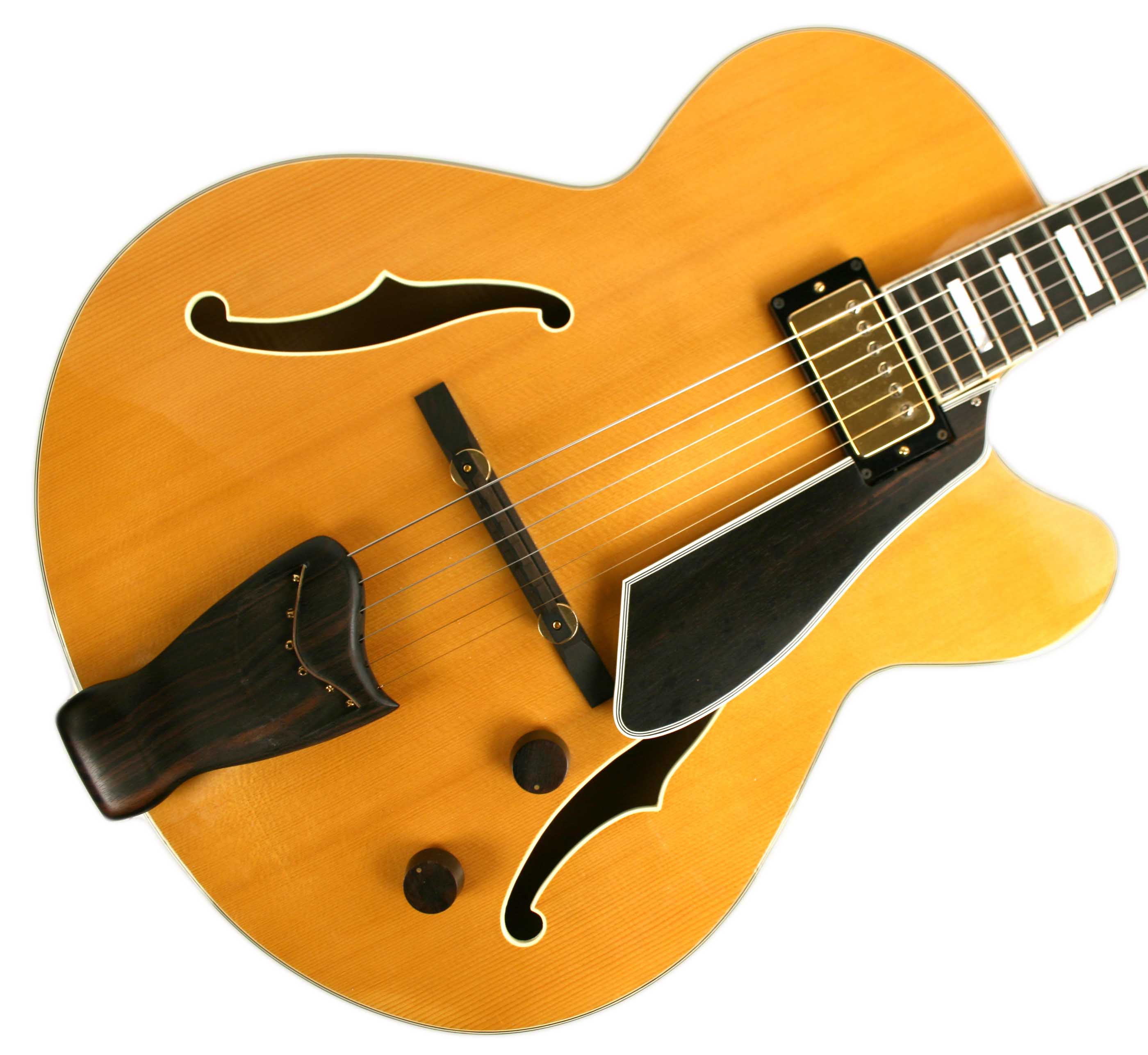 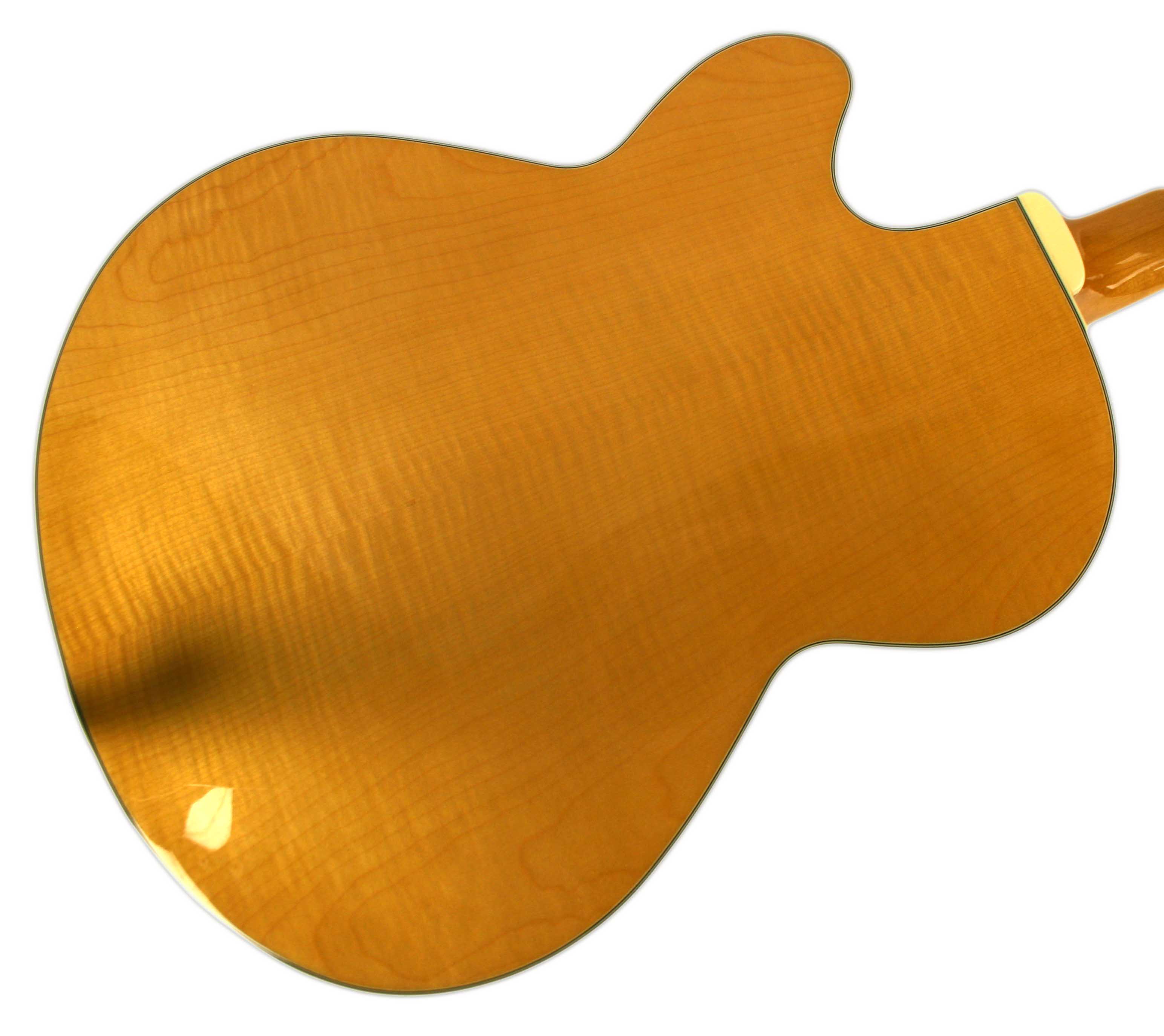 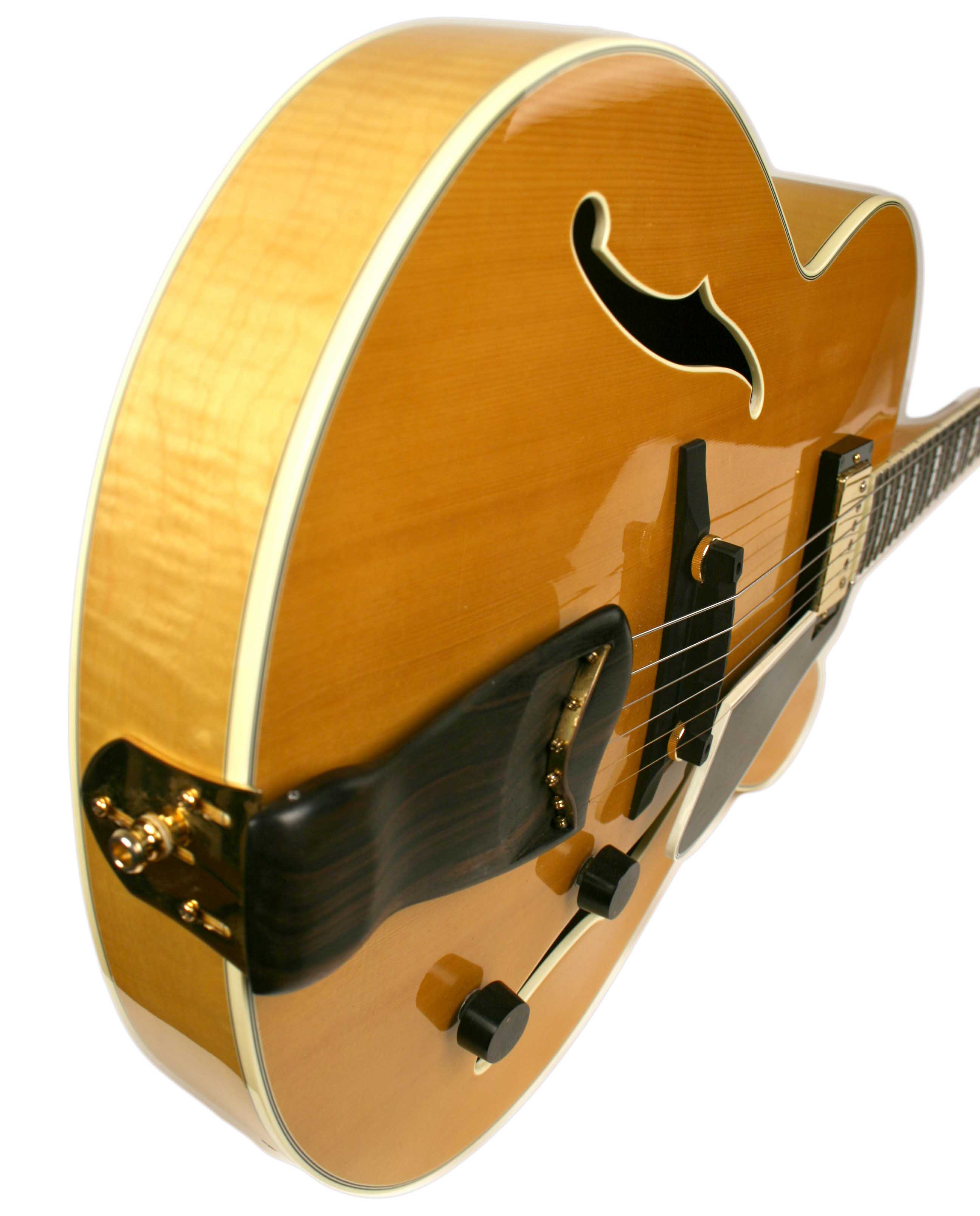 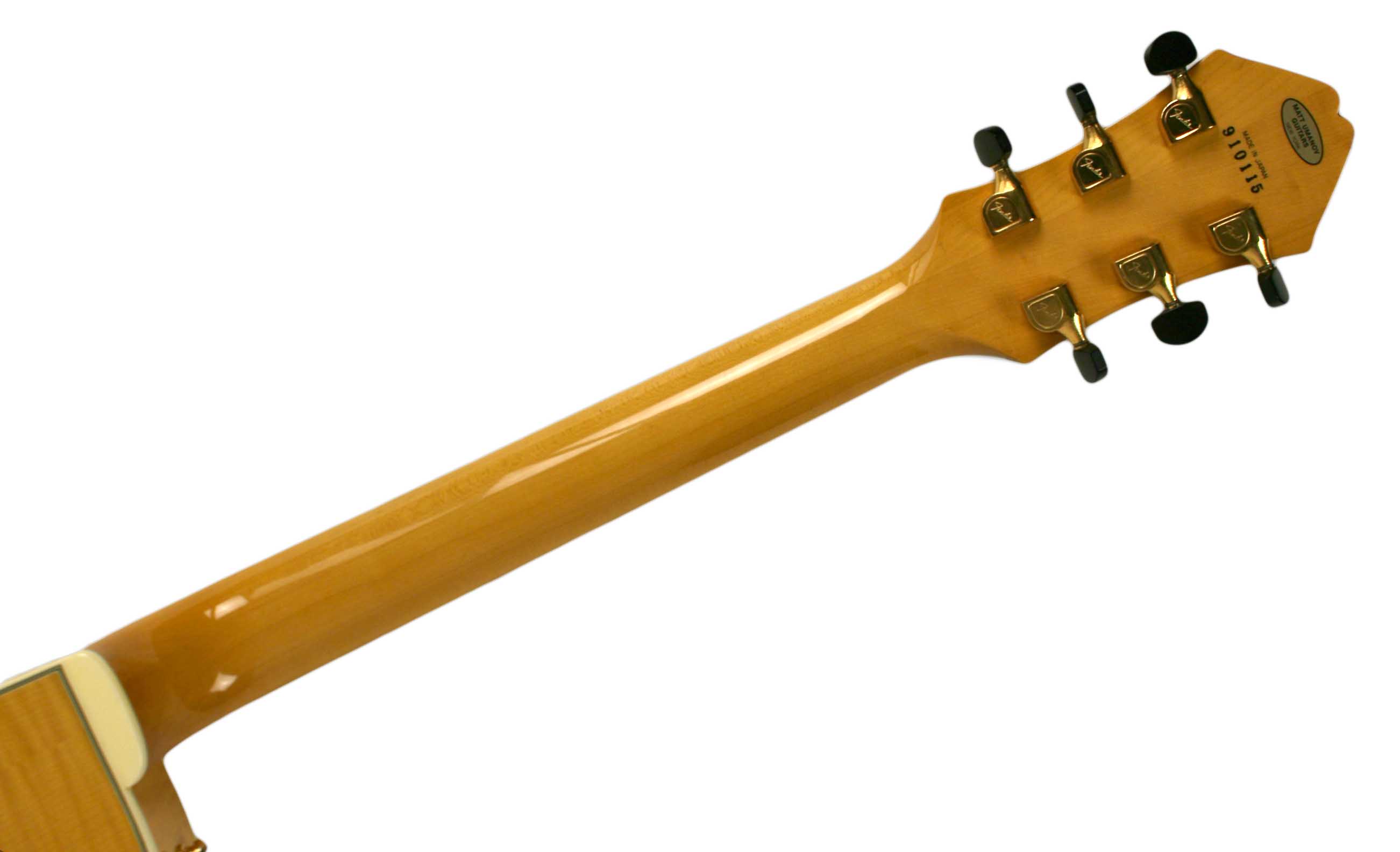 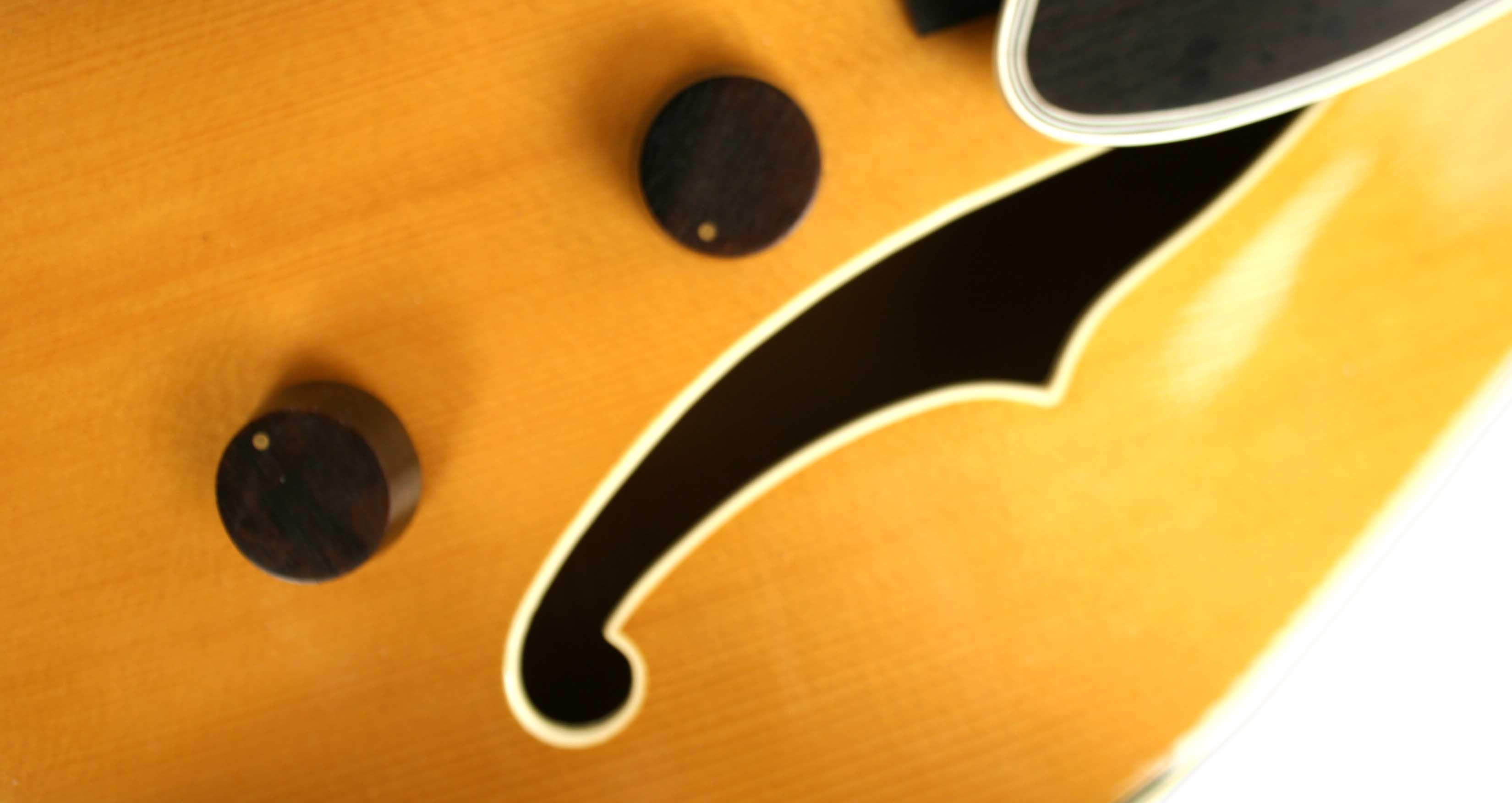 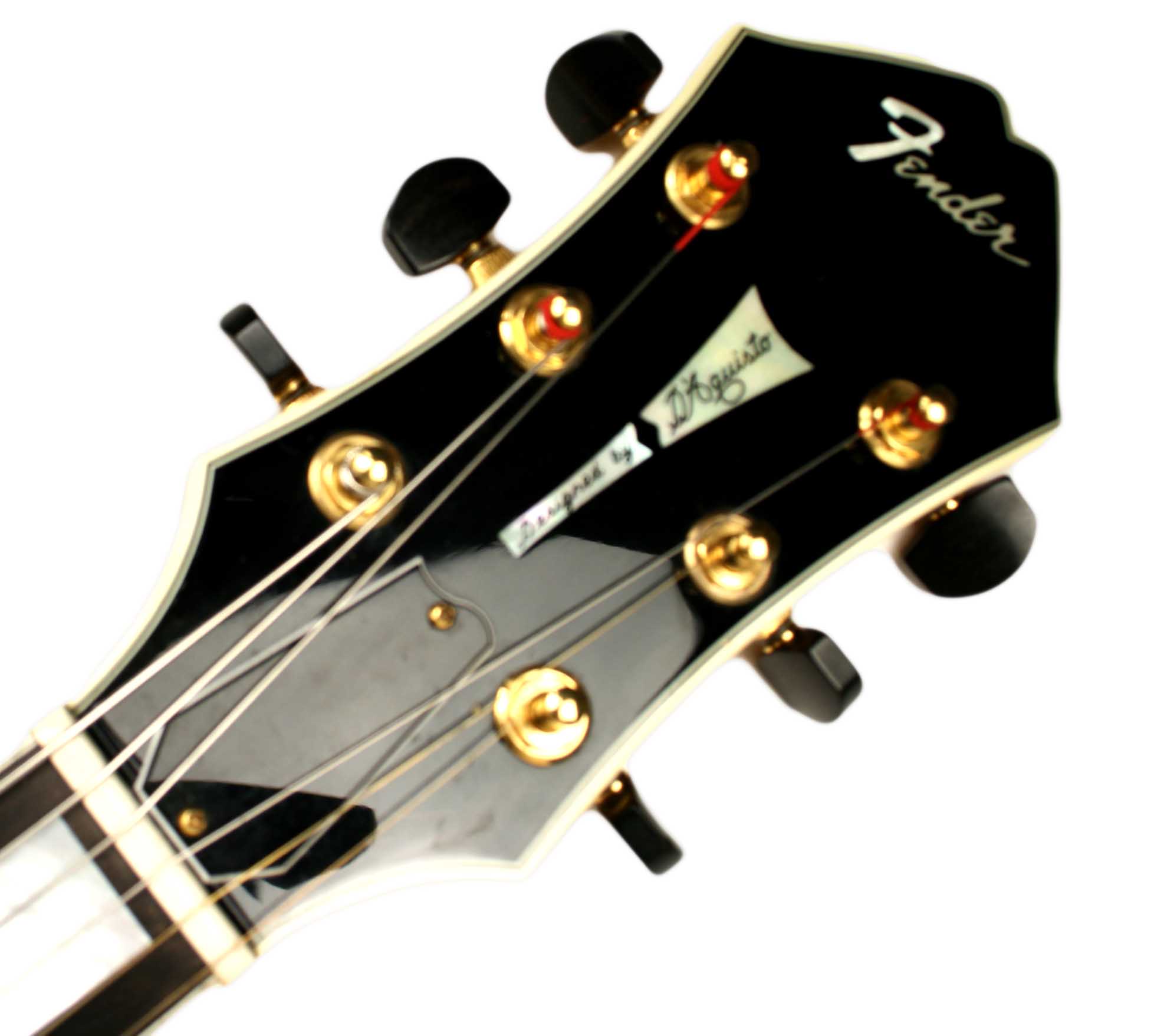 In 1984, Jimmy worked with Fender to make his innovative instruments accessible to a wider variety of players. The result was an initial run of guitars built in Japan in 1984, followed by a later run from 1989-1994. Three models were produced: The Standard which features two humbuckers and more austere aesthetics, the Elite which has one humbucker and fancier ornamentation, and the Ultra which was built from premium woods and has a floating pickup.

This Elite model is in excellent condition, with no modifications and few signs of use. The most coveted of D'Aquisto's Fender models, the Elite features a spruce top, laminate maple back and sides, a maple neck, an ebony bridge, and an ebony fingerboard. The characteristically sleek, modern pickguard is bound ebony. The tone and volume knobs are also ebony and the cello style tailpiece is rosewood. The gold humbucker and closed tuners are original. There is a ding on the top of the headstock and small finish cracks on the top and heel.

Essentially a modernized ES-175, the Elite model produces the warm, complex tone that D'Aquisto became famous for. It's also a speed machine, with ultra-precise geometry that allows for buzz free, low action setups which make it a dream to play!.

Why not join jazz guitar legends such as George Benson, Joe Pass, Jim Hall, and Grant Green in owning a D'Aquisto, the pinnacle of archtop guitars? All at a price that won't break the bank. Just one, call now!