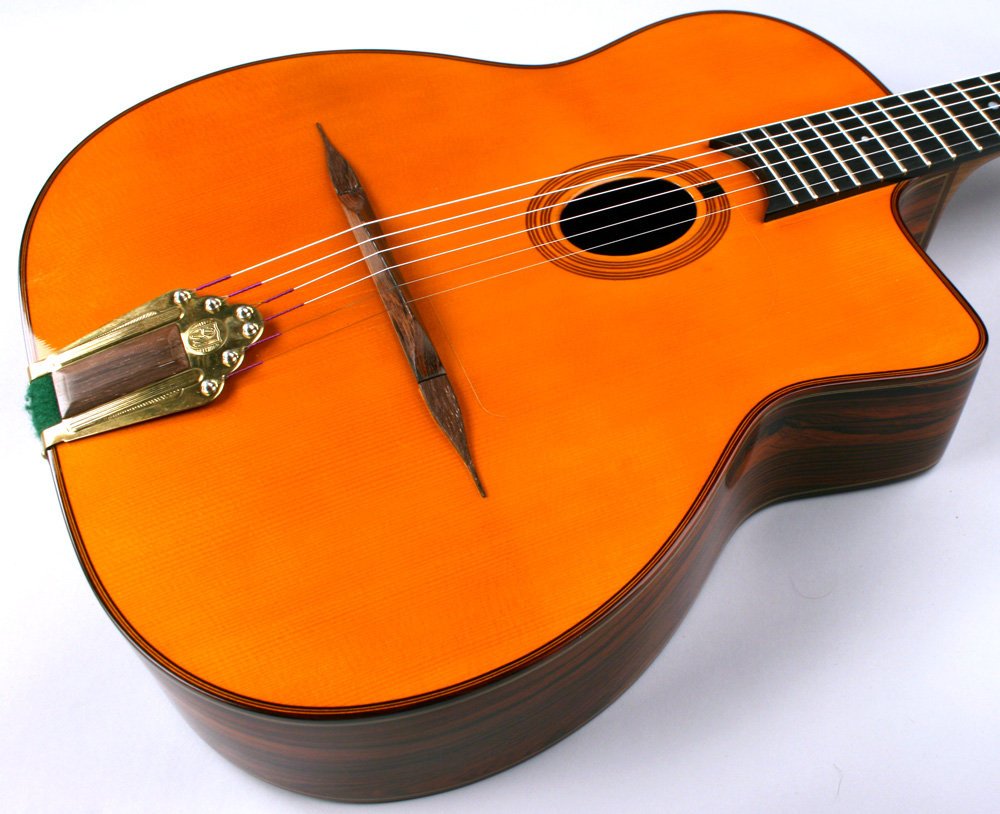 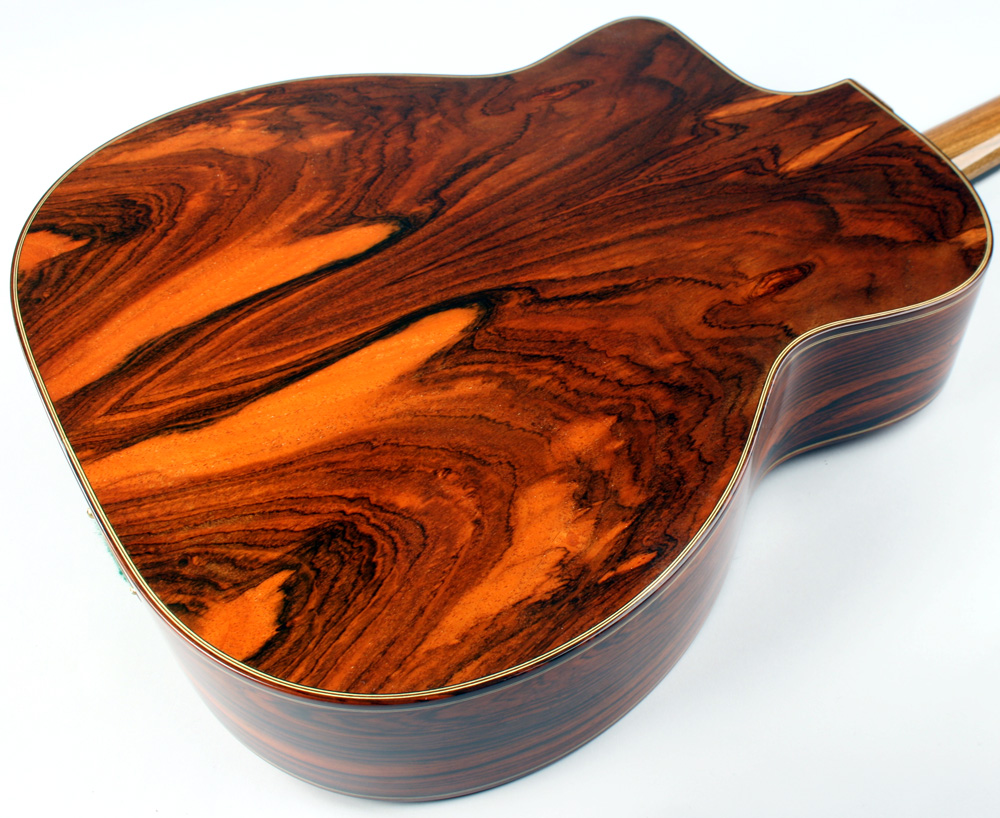 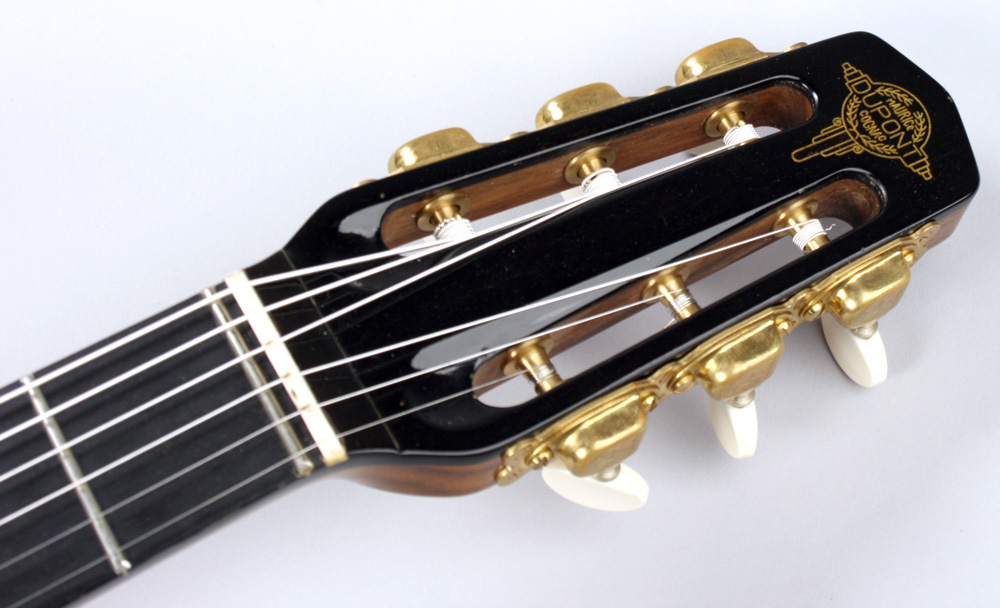 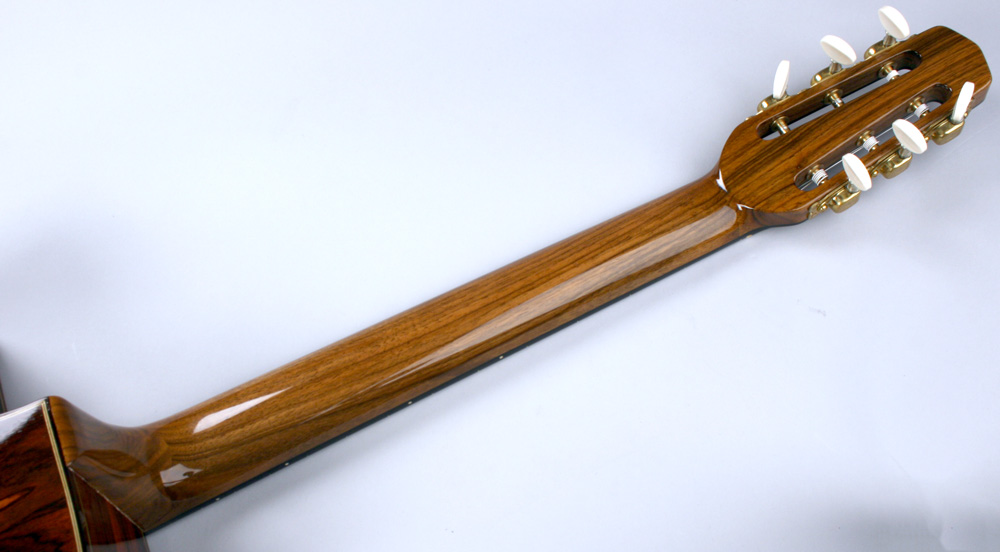 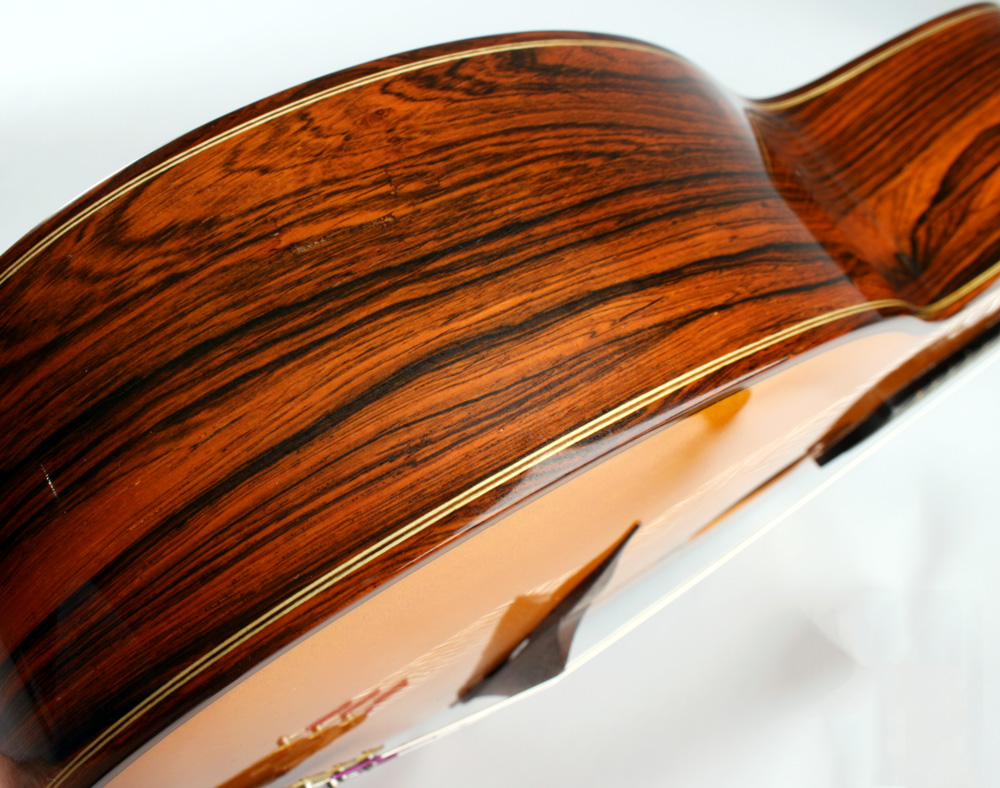 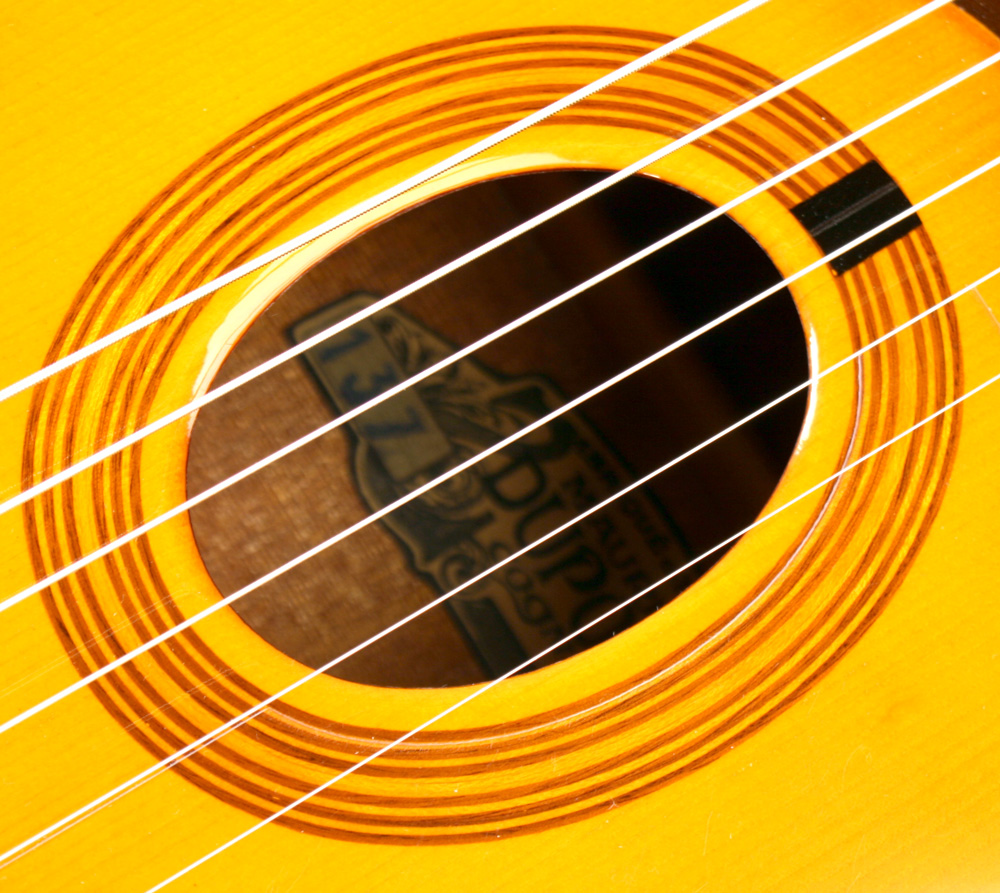 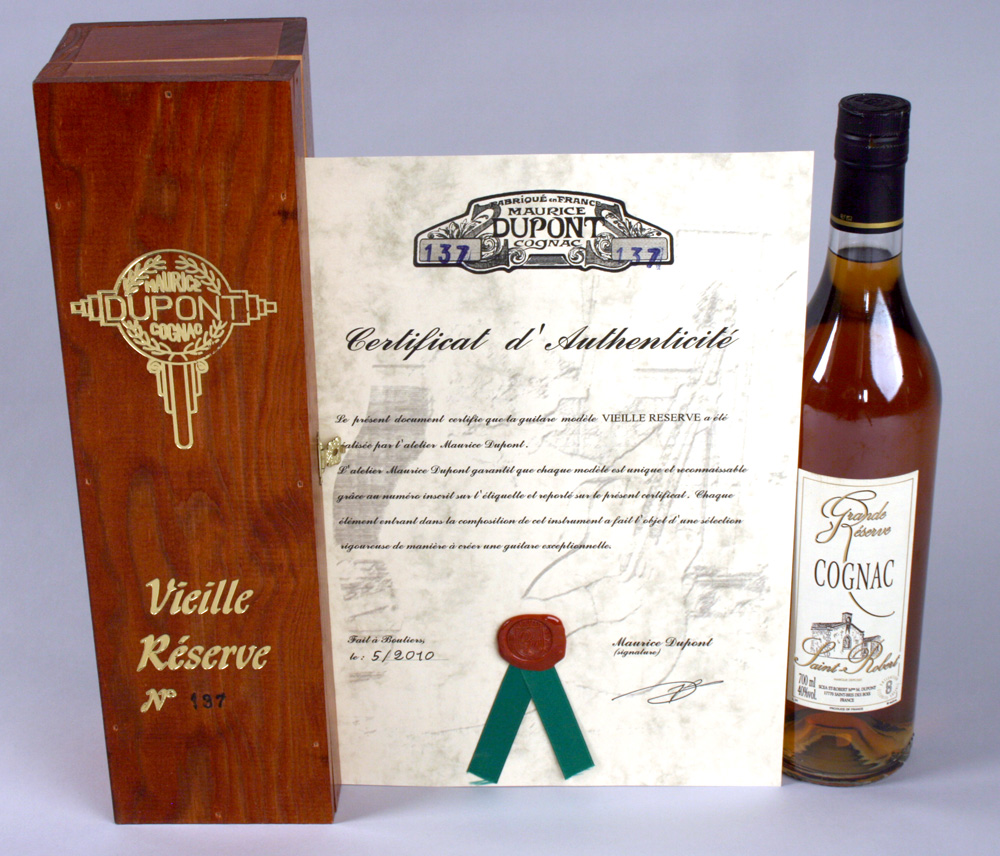 This is Maurice Dupont's top of the line Selmer copy. No detail is overlooked with both the materials and workmanship being of the highest caliber. The track record of this instrument speaks for itself, as so many of todays top players use the Vieille Reserve model. Bireli Lagrene recorded the first two Gypsy Project CDs with this model. Patrick Saussois, of Alma Sinti fame, also plays a Dupont VRB.

-Highly Figured 40 year aged Brazilian back and sides (This Brazilian is just shockingly beautiful!!! I don't think the photos do it justice...highly figured and just gorgeous to look at!)

-The top has a real pliage (i.e. the wood was bent over a hot iron like the old Selmers. Almost all other Selmer copies have forced tops which aren't as punchy).

The sound and playability of this instrument are among the best I've ever seen for a new guitar. The only thing better is an actual vintage Selmer or Busato in good condition which is impossible to find and would cost twice as much or more. The Dupont VR is a guitar that plays and feels like a new guitar, but has the clarity, punch, and tone of an old seasoned instrument. I know of no other luthier that builds a guitar with these qualities.

This guitar is best for those who like the Selmer sound. Favino lovers should look elsewhere as this instrument doesn't have the low end or honky upper mids that are characteristic of Favinos. Like the old Selmers, the Dupont VR is bright with much of the sound concentrated in the extreme high frequencies. The low end has the traditional "hollow" sound to it. Each note is rounded and bell like with a smoky complexity only found in the best of instruments. This guitar also cuts like a knife and requires very little force to do so. Players with a light touch will be surprised at the volume this guitar can generate. All in all, this is the most traditional Gypsy sound you can get in a new guitar. If you like a more modern Gypsy tone then you should consider a Hahl or a JP Favino.

This used example is in perfect mint condition! There are a few light scratches behind the bridge and on the back. Otherwise, it is indistinguishable from a new VRB. Save nearly $1000 of the cost of a new one! A TKL hardshell case, owner's certificate and a bottle of Dupont Cognac are also included.