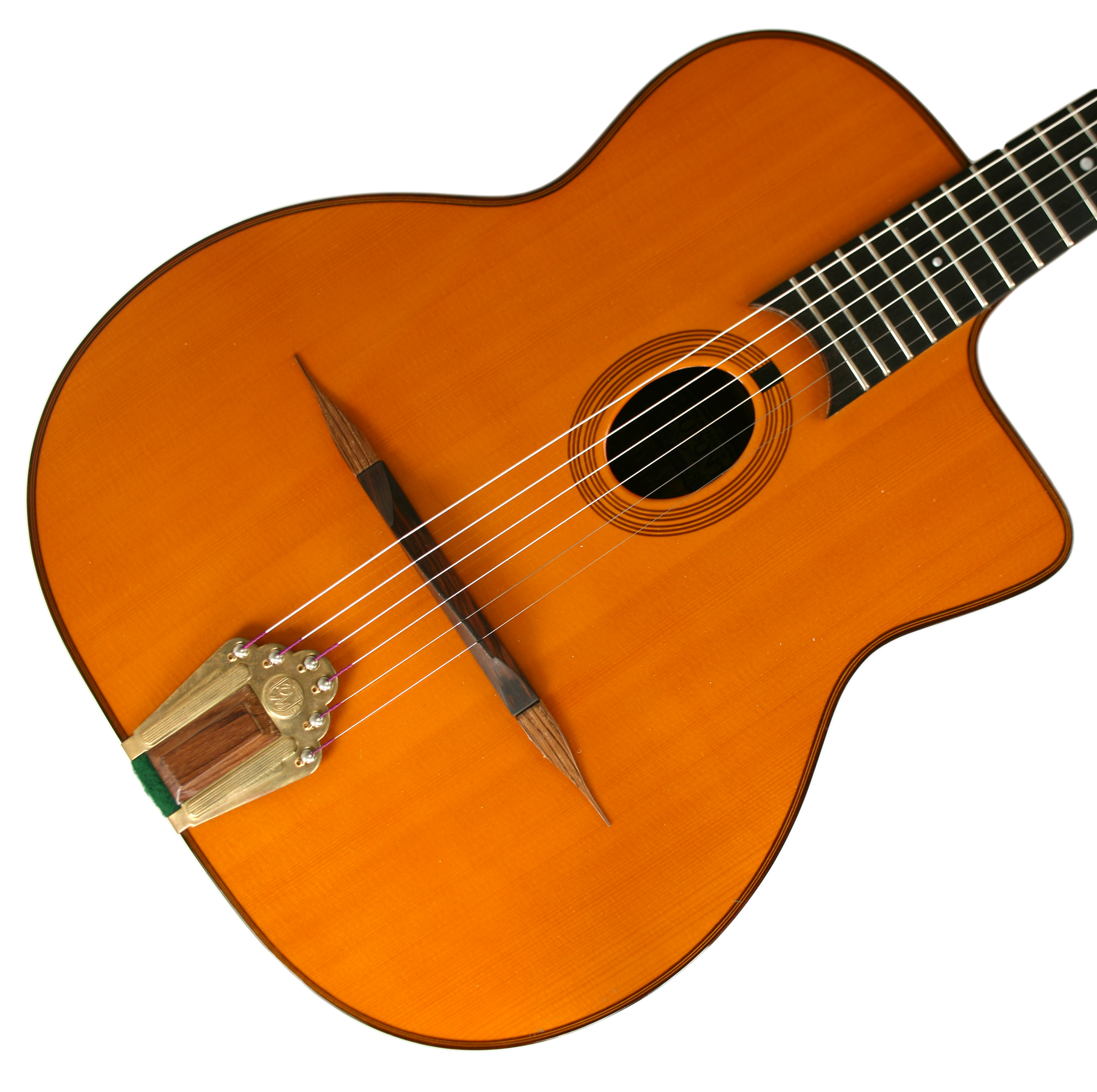 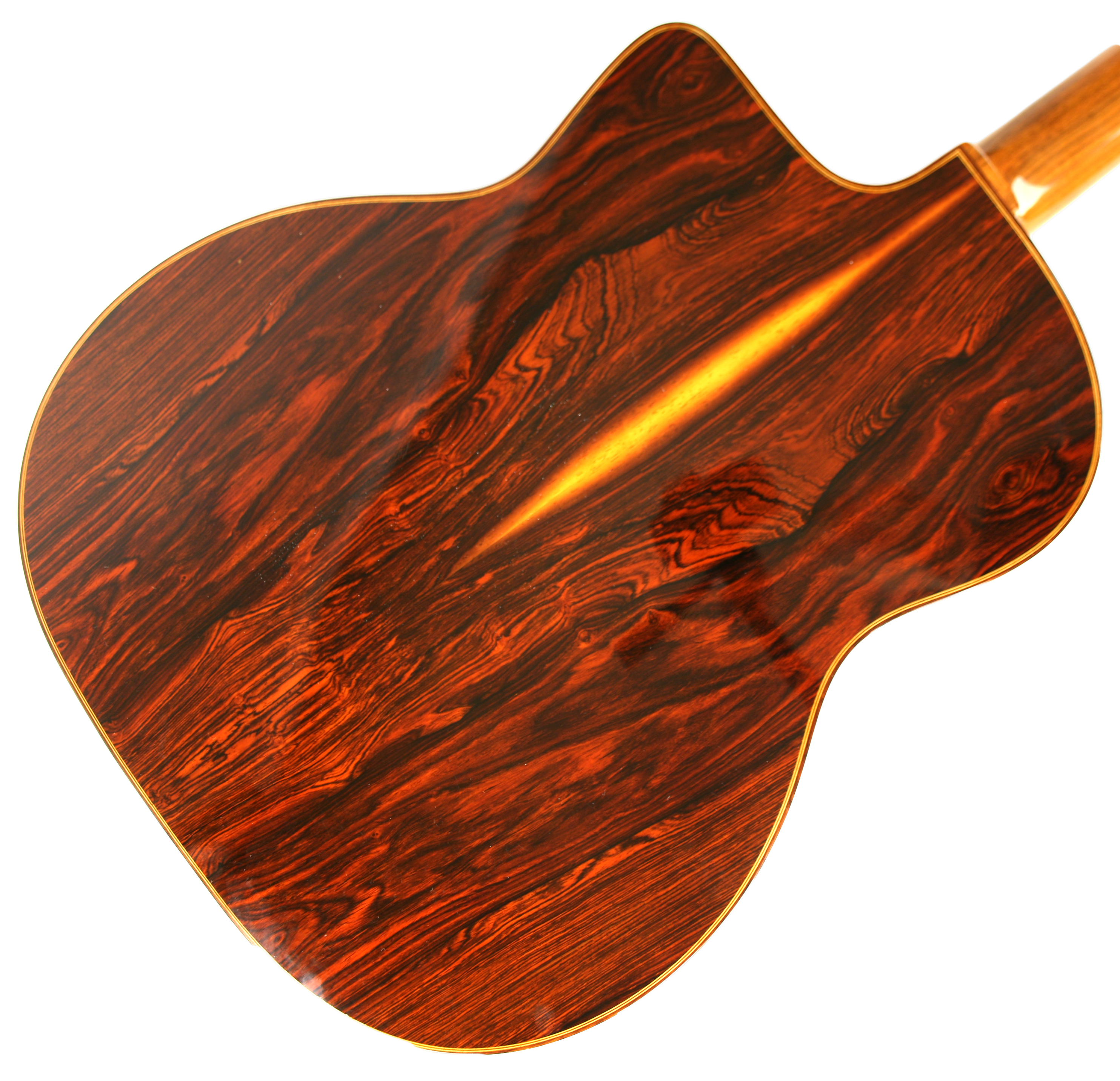 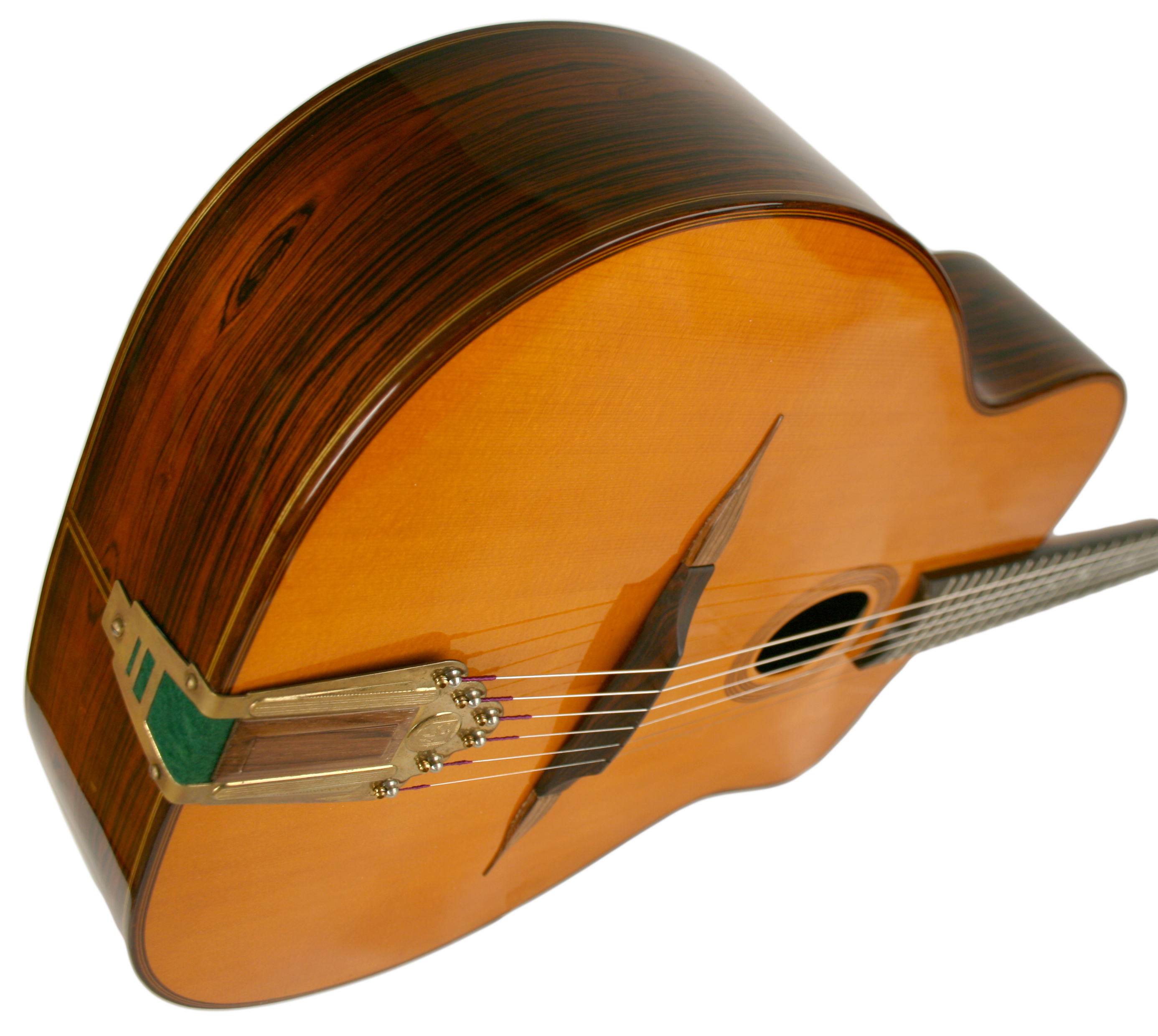 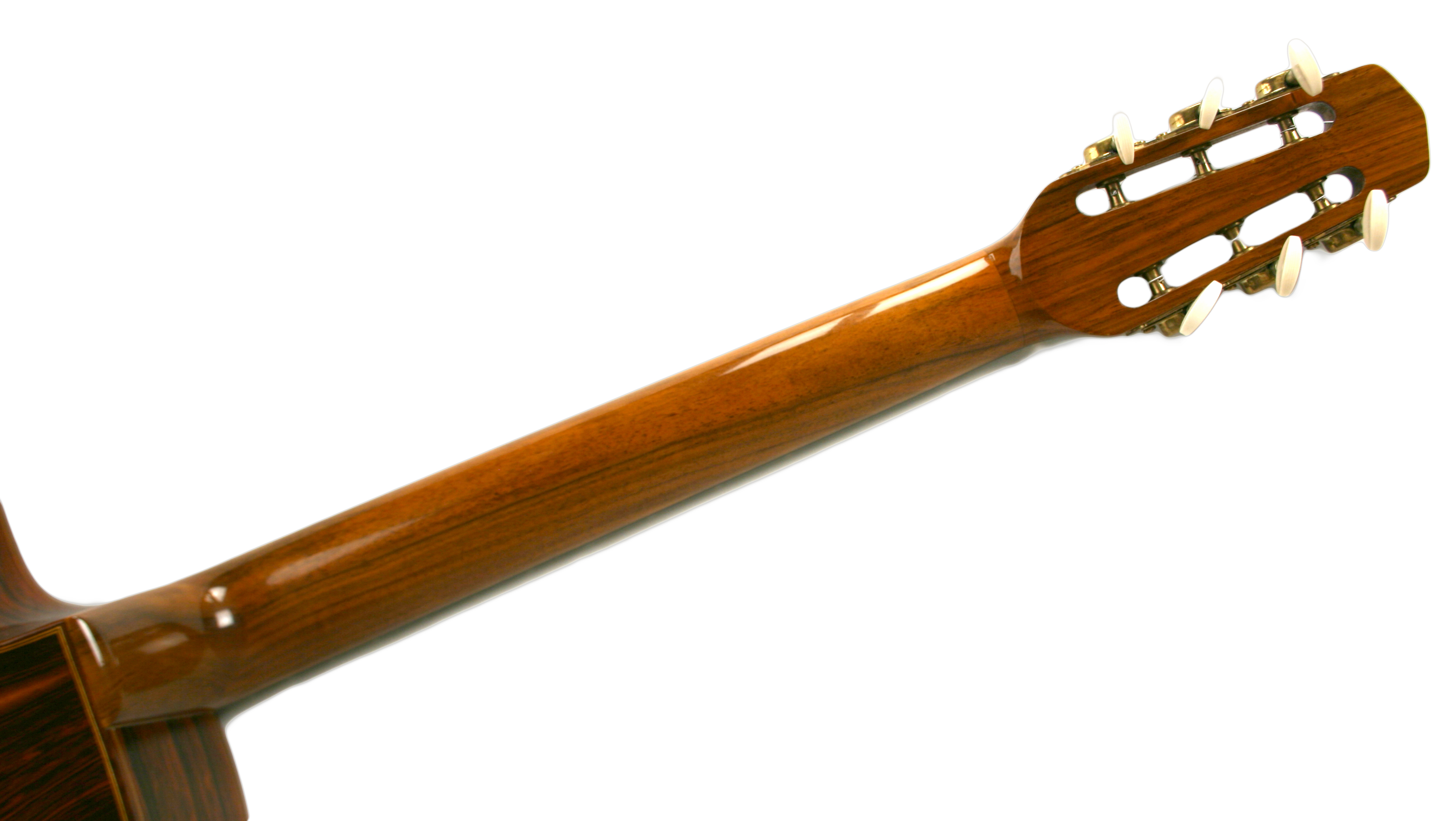 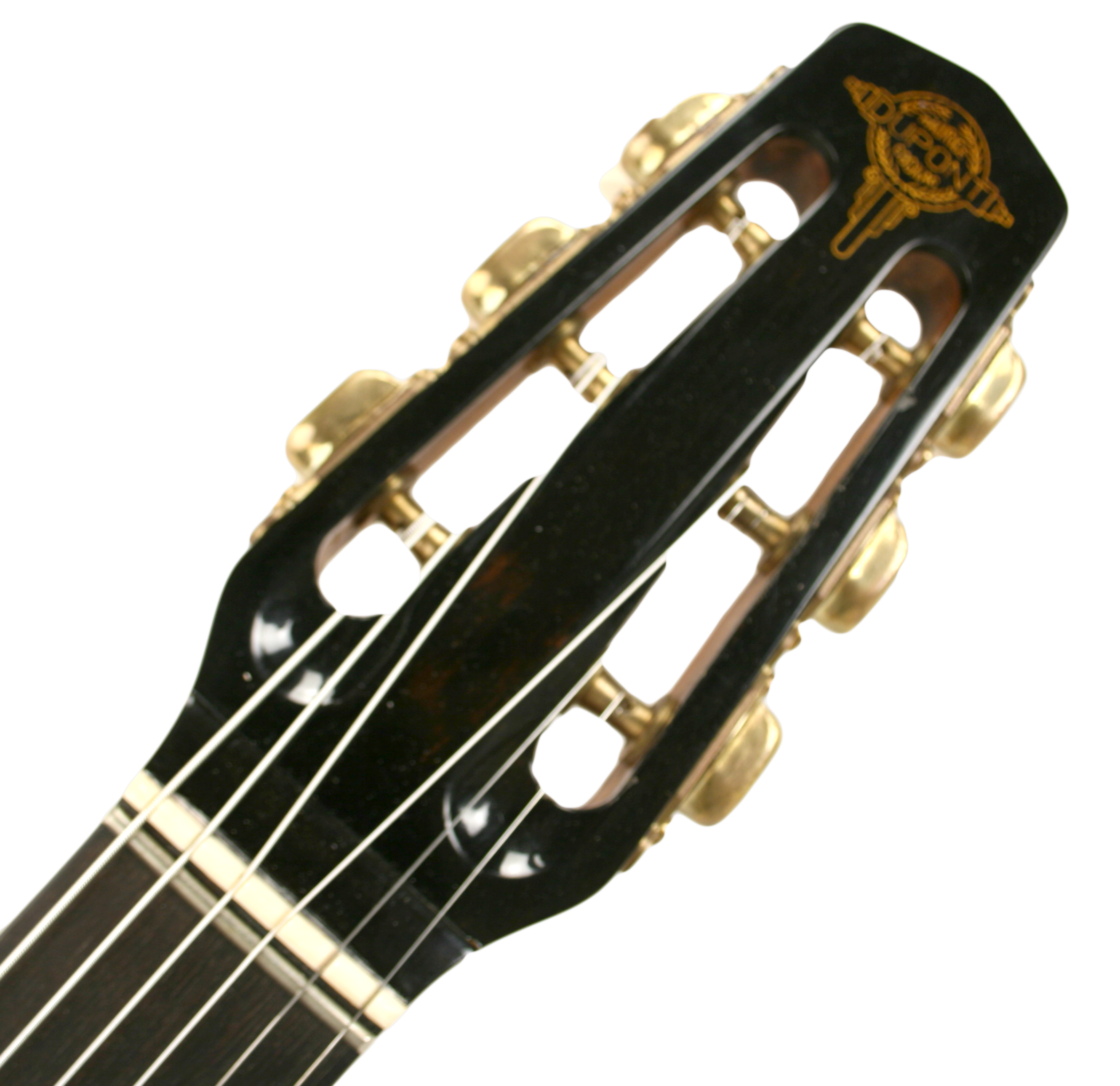 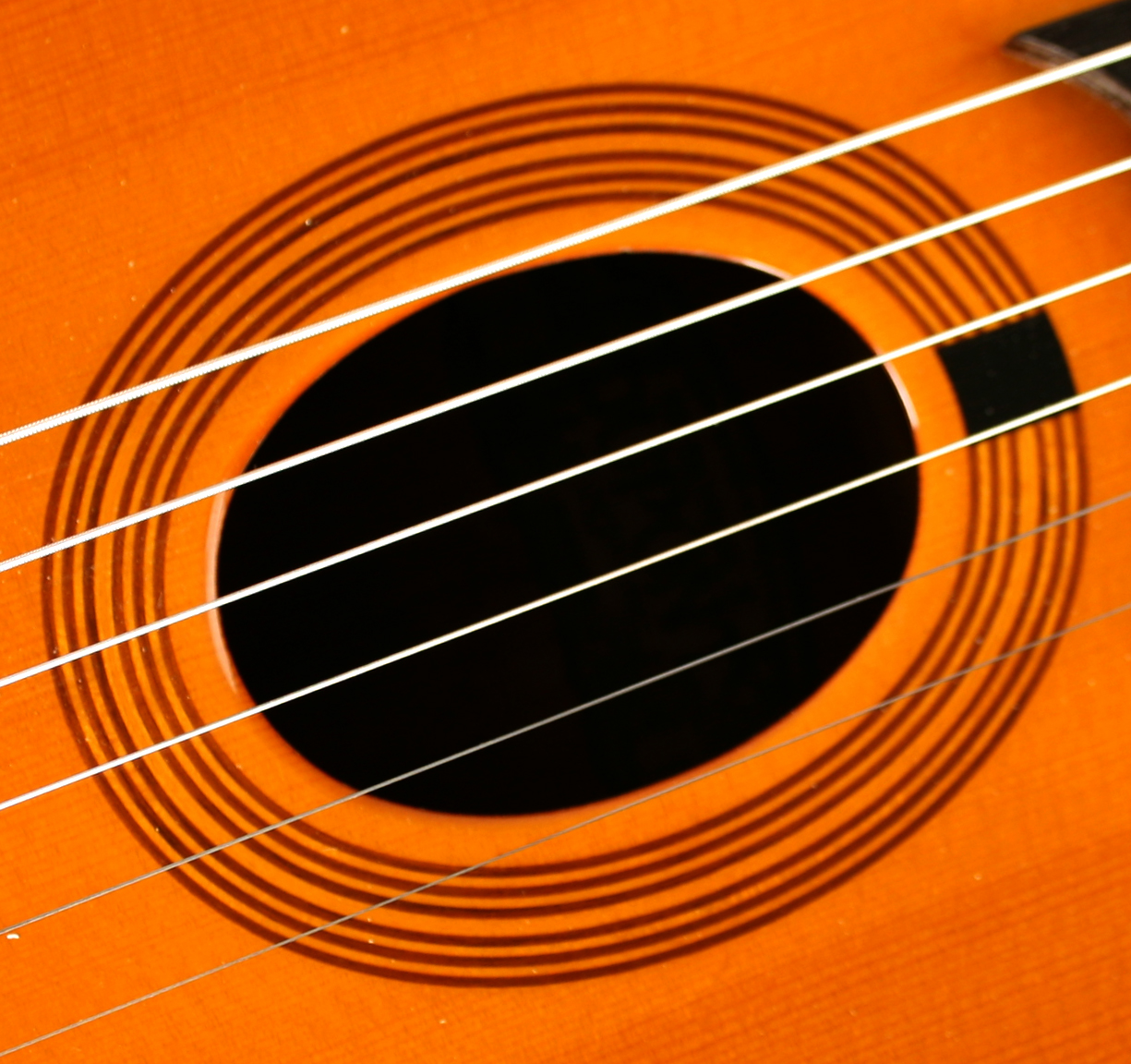 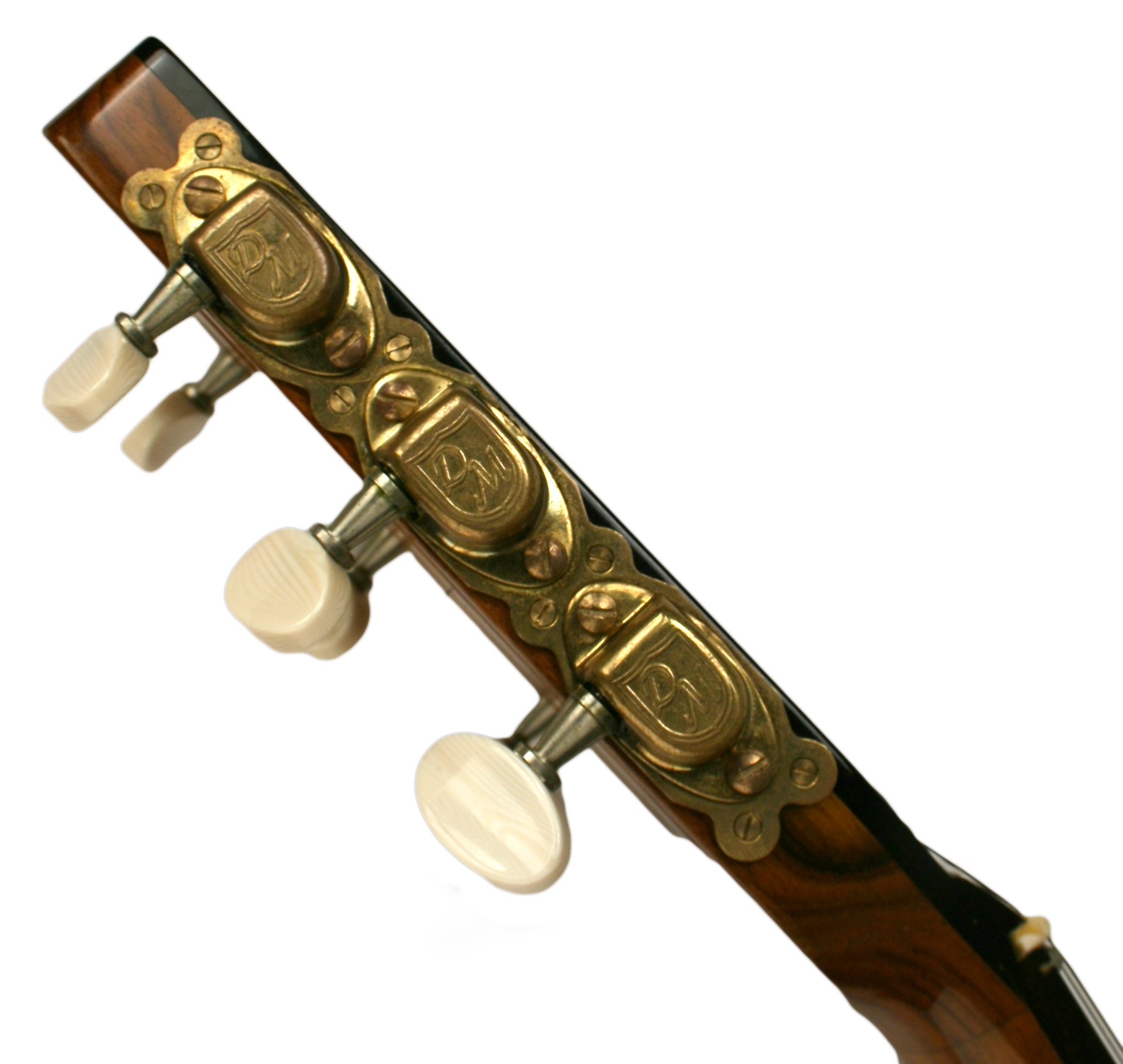 DjangoBooks.com · 2008 Dupont Vieille Reserve Brazilian
Follow Us Follow Us Follow Us Follow Us
Submit a Review
2008 Dupont Vieille Reserve Brazilian
Maurice Dupont has long been one of the most respected luthiers in France and one of the first contemporary makers to specialize in producing the Selmer Maccaferri guitar. Maurice first gained recognition as a builder of classical guitars and in 1989 was bestowed with the honor of "Best French Craftsman." Maurice was an apprentice of the legendary Gypsy guitar maker Jacques Favino, and in 1986 he began building his own Selmer style guitars which quickly became the most popular choice of professional Gypsy guitarists. Countless Gypsy stars including Biréli Lagrčne, Sébastien Giniaux, Raphael Fays, Tchavolo Schmitt, and Romane have played Dupont guitars which appear on hundreds of recordings.
Dupont's Gypsy models are built entirely in Cognac, France by master luthier Patrick Redureau (since1994)  under the supervision of Maurice Dupont. The collective experience of the Dupont team along with Maurice's stock of well aged, select tonewoods yields instruments of unsurpassed tone and playability.

This is Maurice Dupont's top of the line Selmer copy. No detail is overlooked with both the materials and workmanship being of the highest caliber. The track record of this instrument speaks for itself, as so many of todays top players use the Vieille Reserve model. Bireli Lagrene recorded the first two Gypsy Project CDs with this model and also used it on the legendary Live Jazz a Vienne DVD. Patrick Saussois, of Alma Sinti fame, and Romane also play Dupont VRBs.

This instrument is in excellent condition, with very few signs of use. The frets look almost new and other than a few very small, light scratches, a few scuff marks, and some very small dings, the instrument looks pretty much new. At one point a hole for a bigtone wire was drilled underneath the bridge and then later filled. An endpin jack was never installed.

I've never met a Gypsy player who didn't love the sound and feel of a Vieille Reserve. Here's a great chance to get one for less. Just one, call now!

This is the CASH price...add 3% (4% for International orders) if you'd like to pay with a credit card