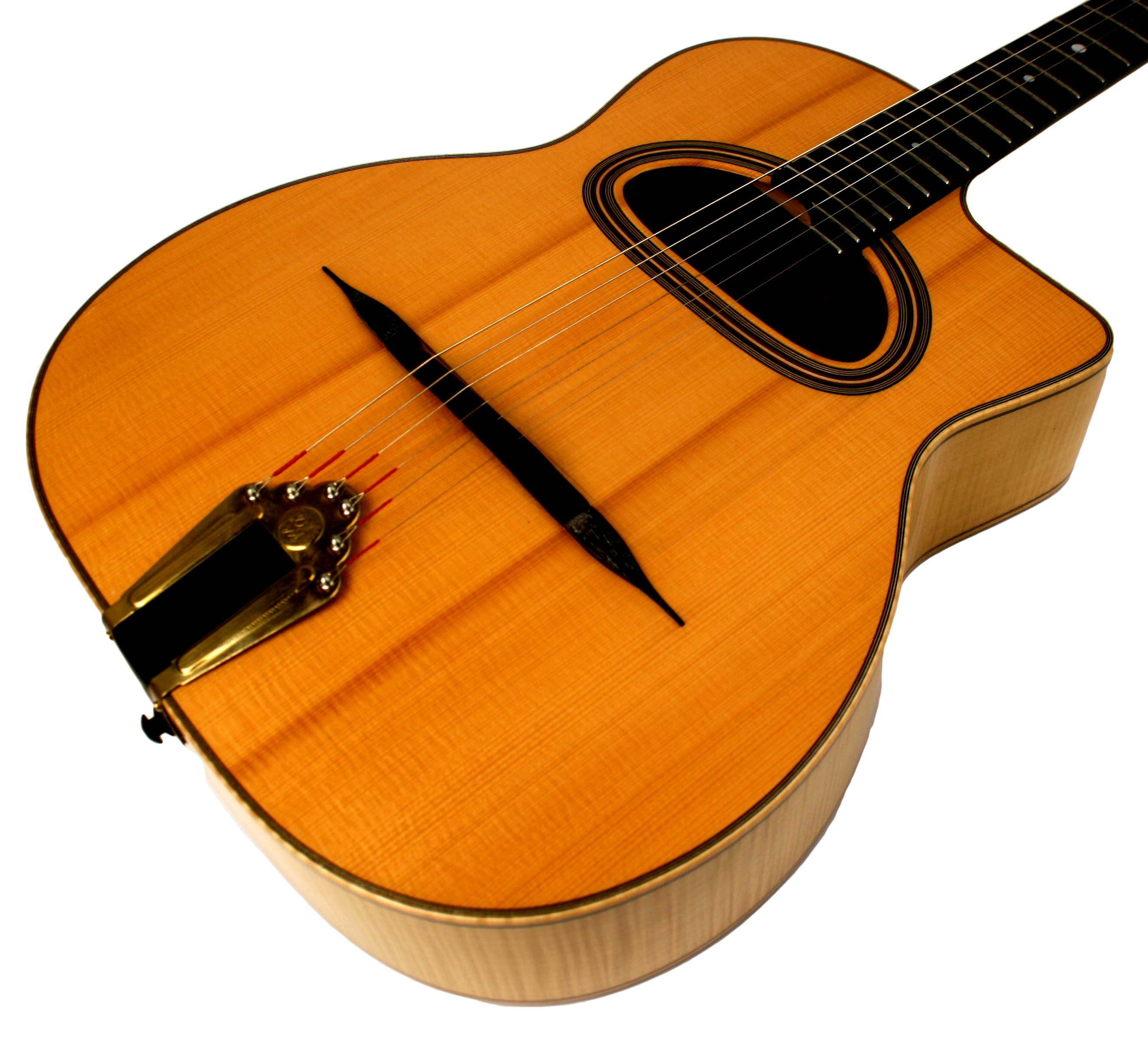 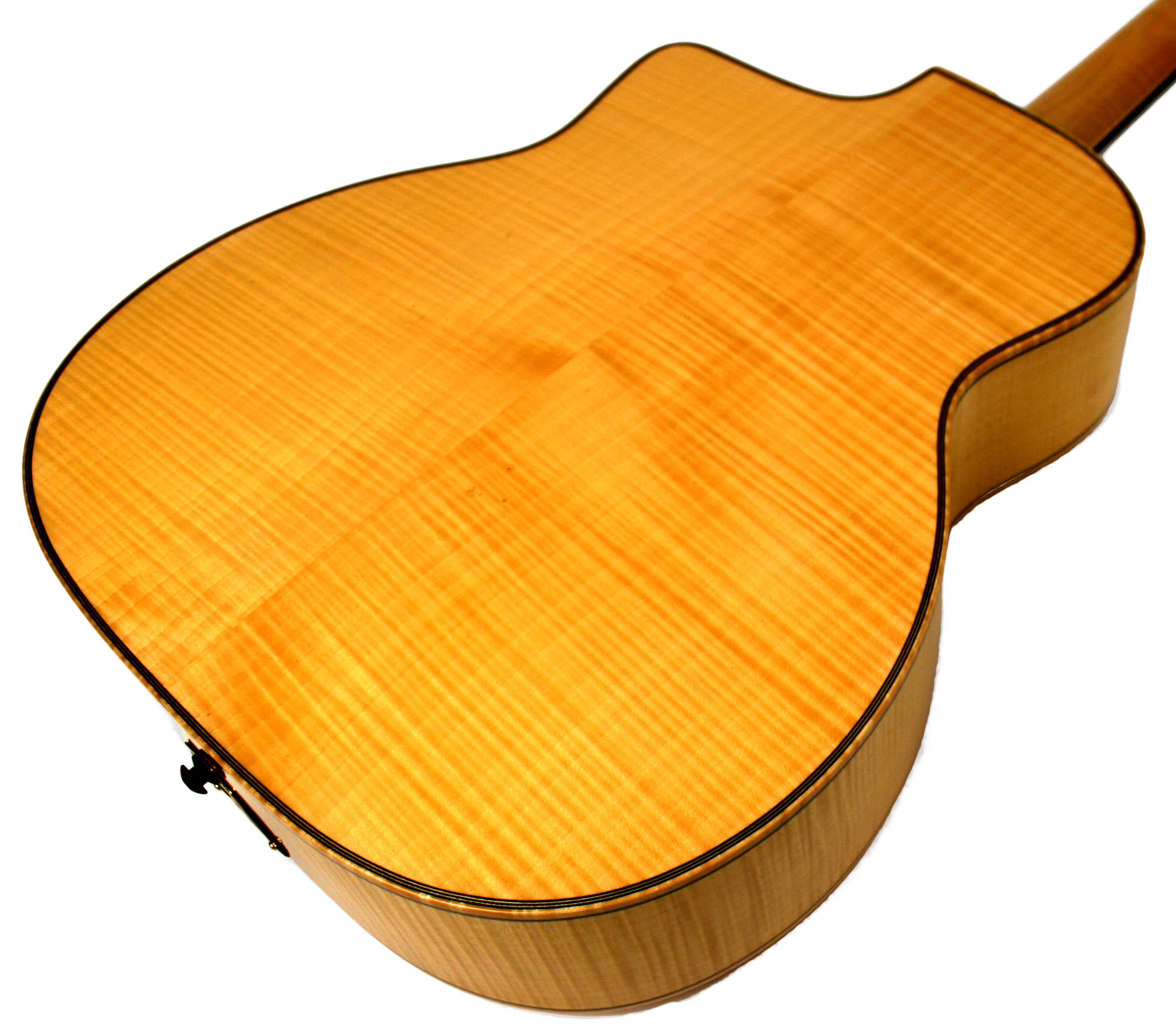 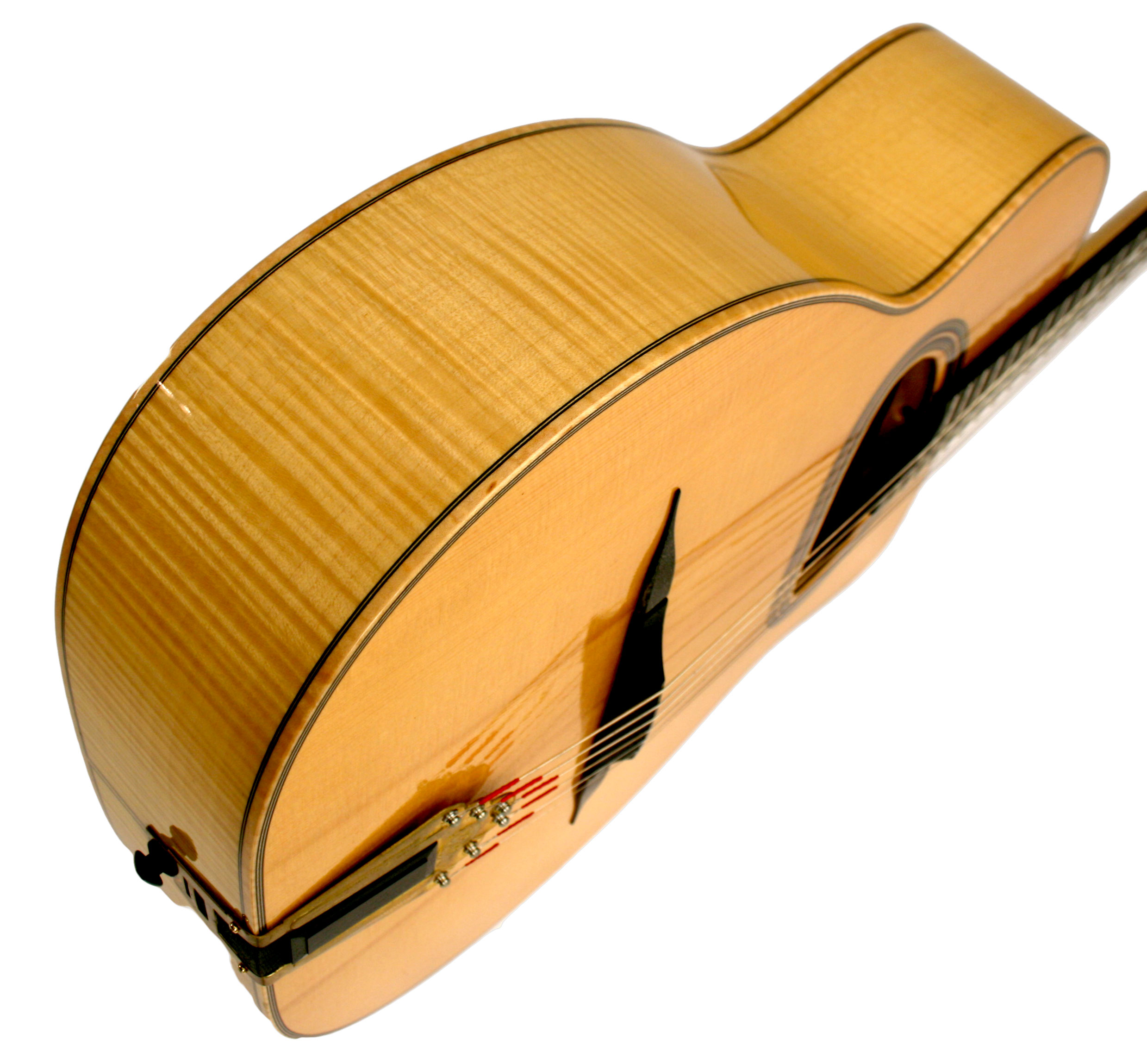 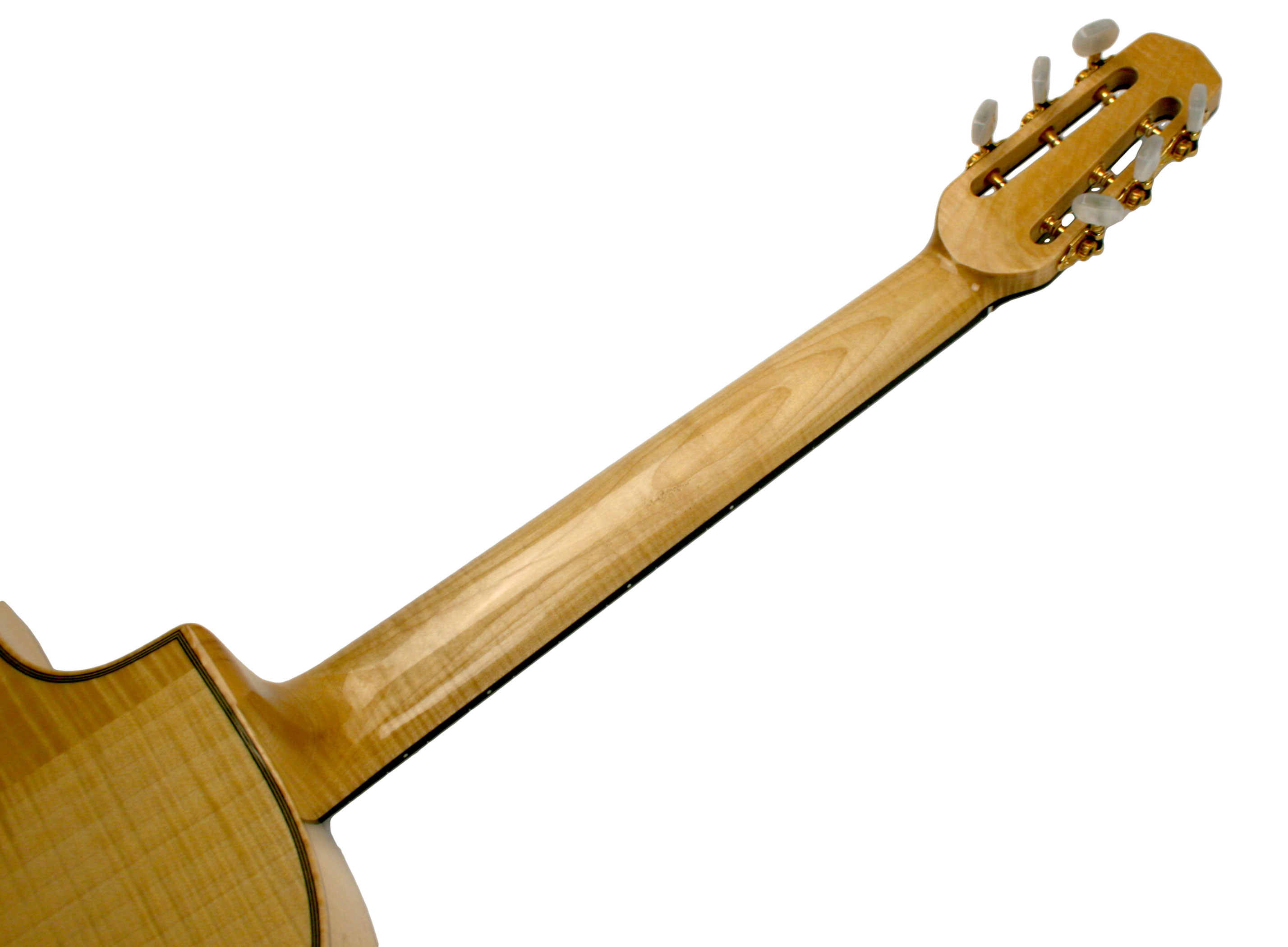 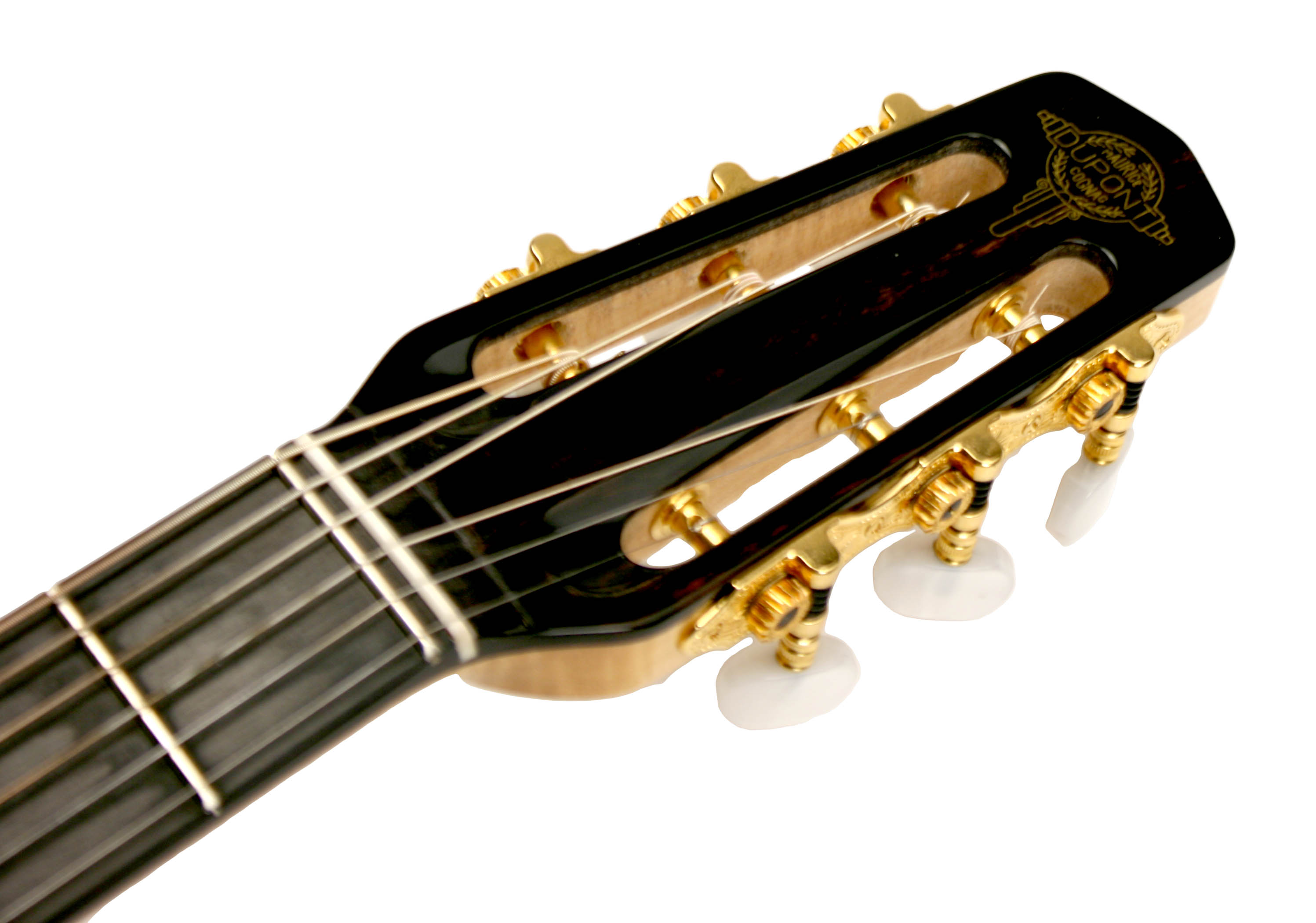 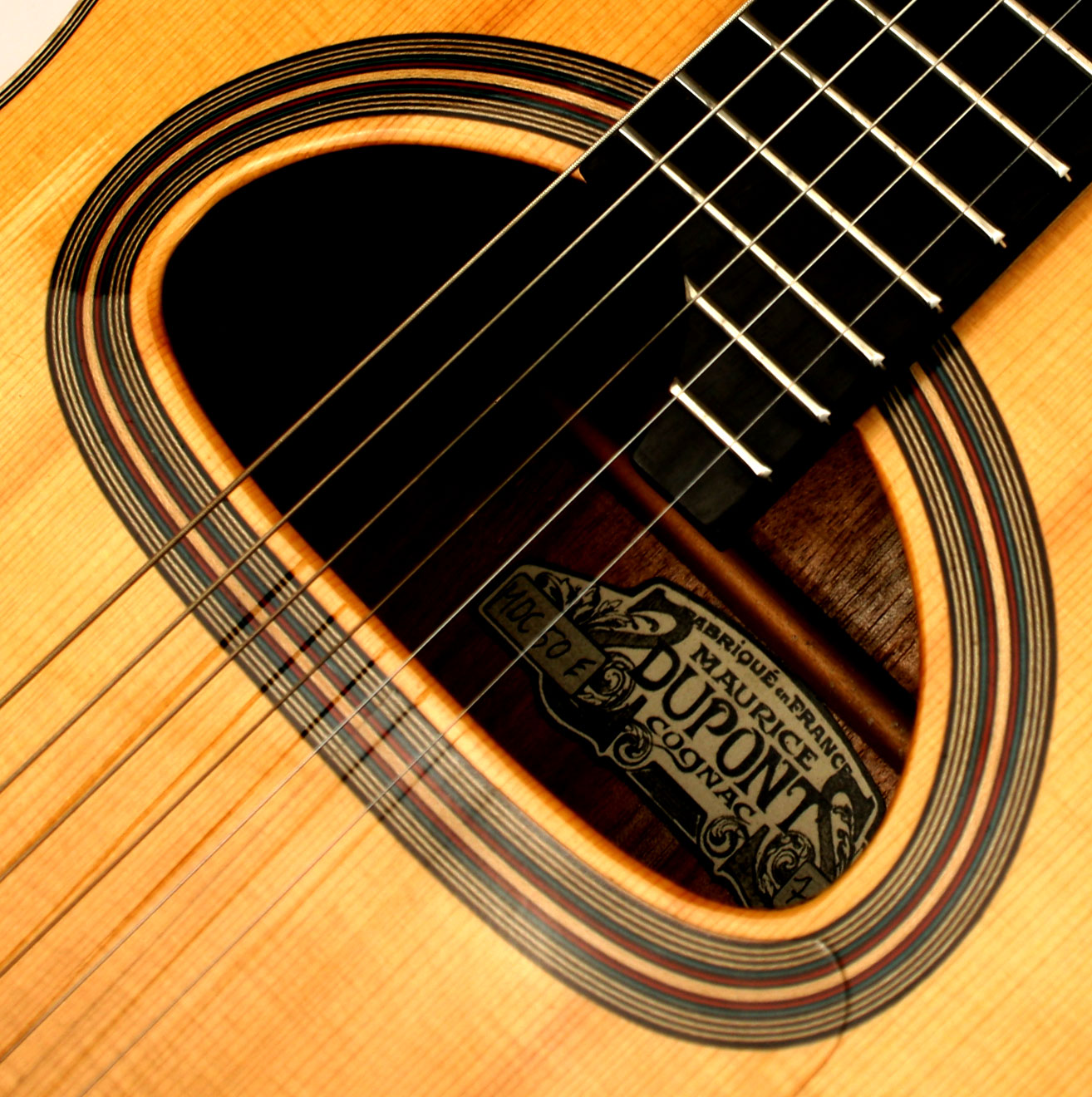 This guitar is nothing short of a Maple extravaganza! It features gorgeous European Maple back, sides, and neck...and has maple binding as well!

This is one of the loudest Duponts I've ever had! It really fills the room with the sort of projection you'd expect of a well aged vintage guitar. The tone is impeccably balanced and refined, without being overly bass heavy and dark (a problem many D hole guitars suffer from.) No doubt, this is a guitar with "wow" factor to spare.

This guitar was built in 2009 but has almost no signs of use and is in mint condition. It has been setup with easy playing 2.8mm action.

A new MDC50E would cost almost $1000 more making this an exceptional deal. Jump on this one and save big!