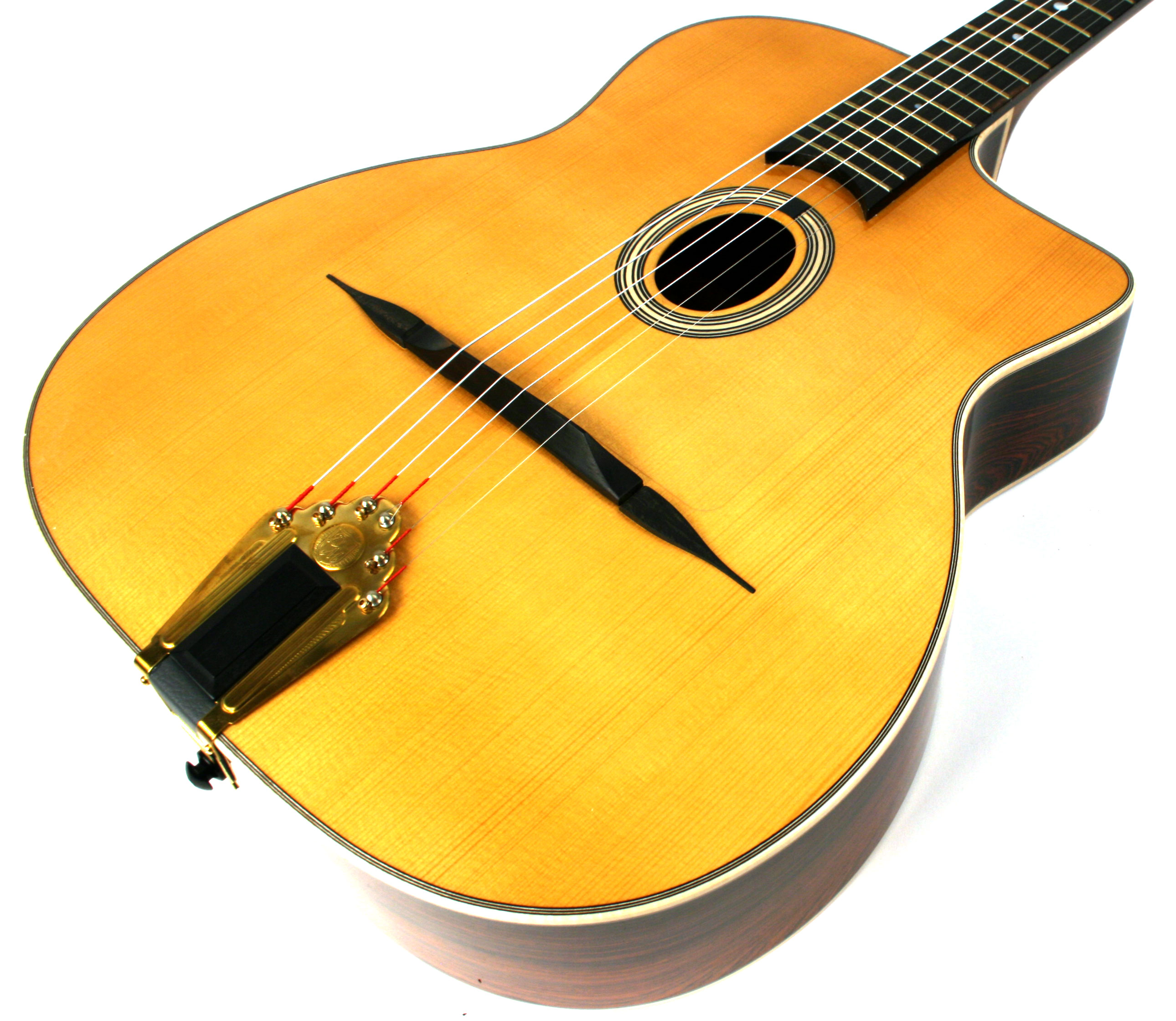 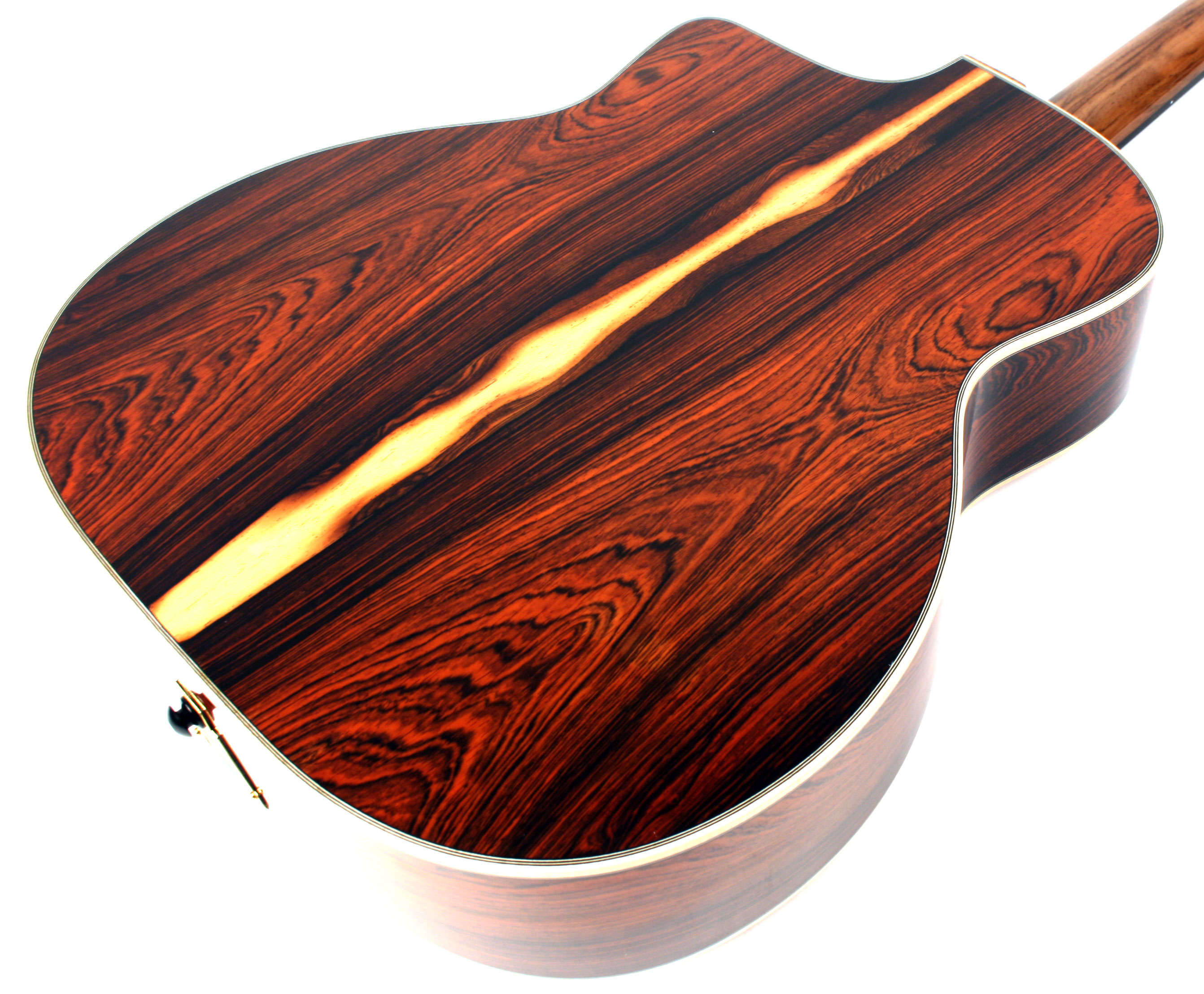 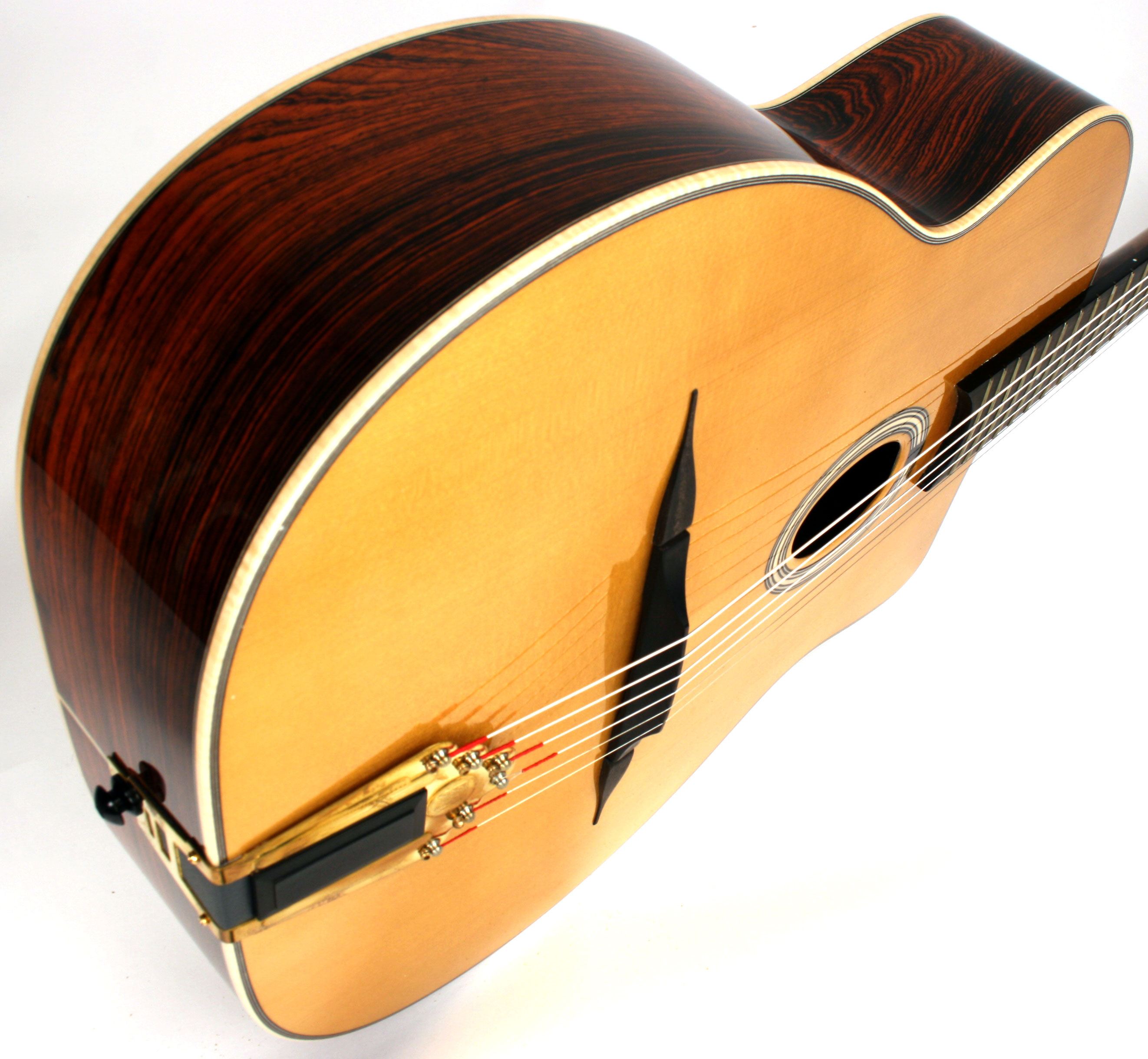 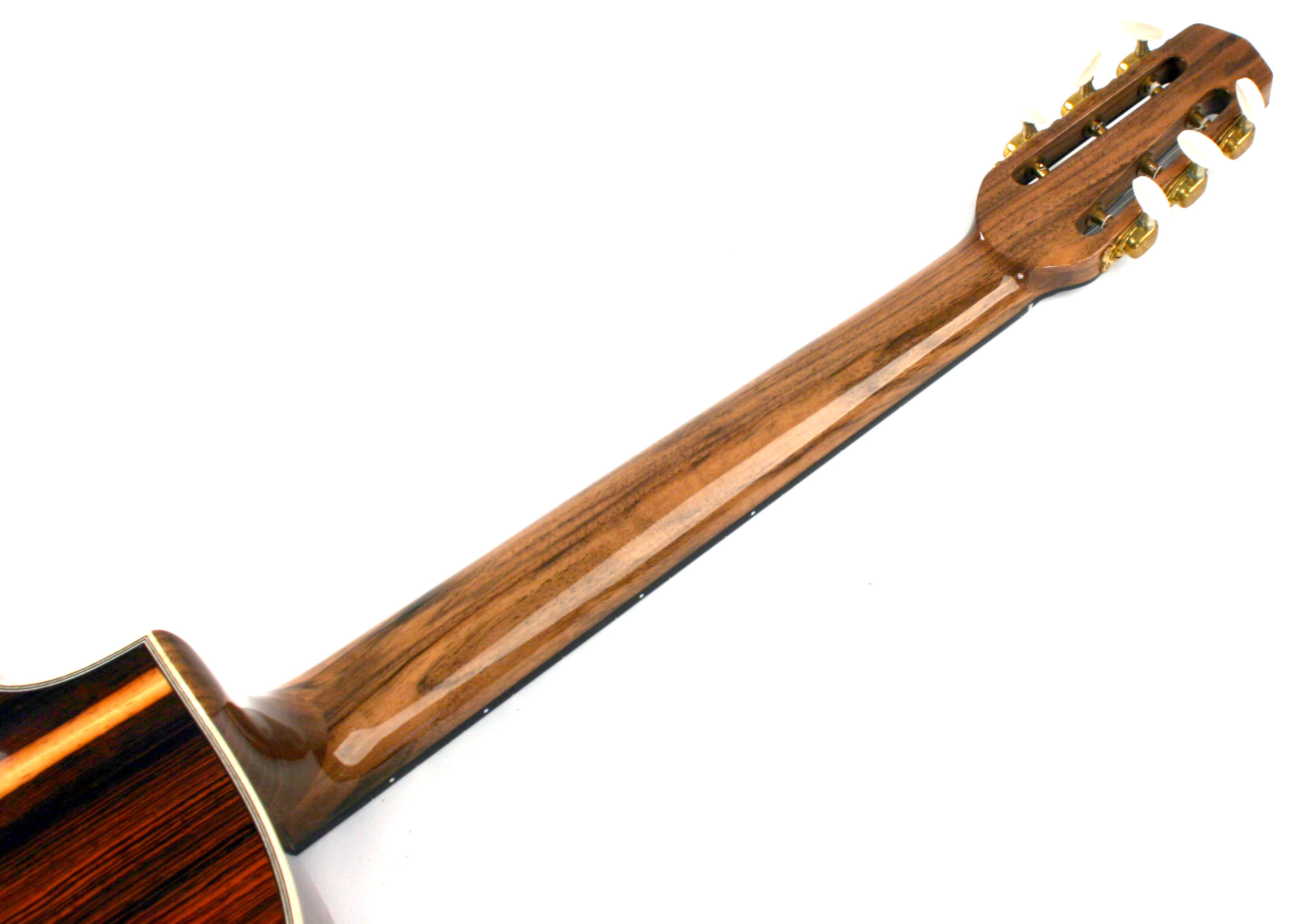 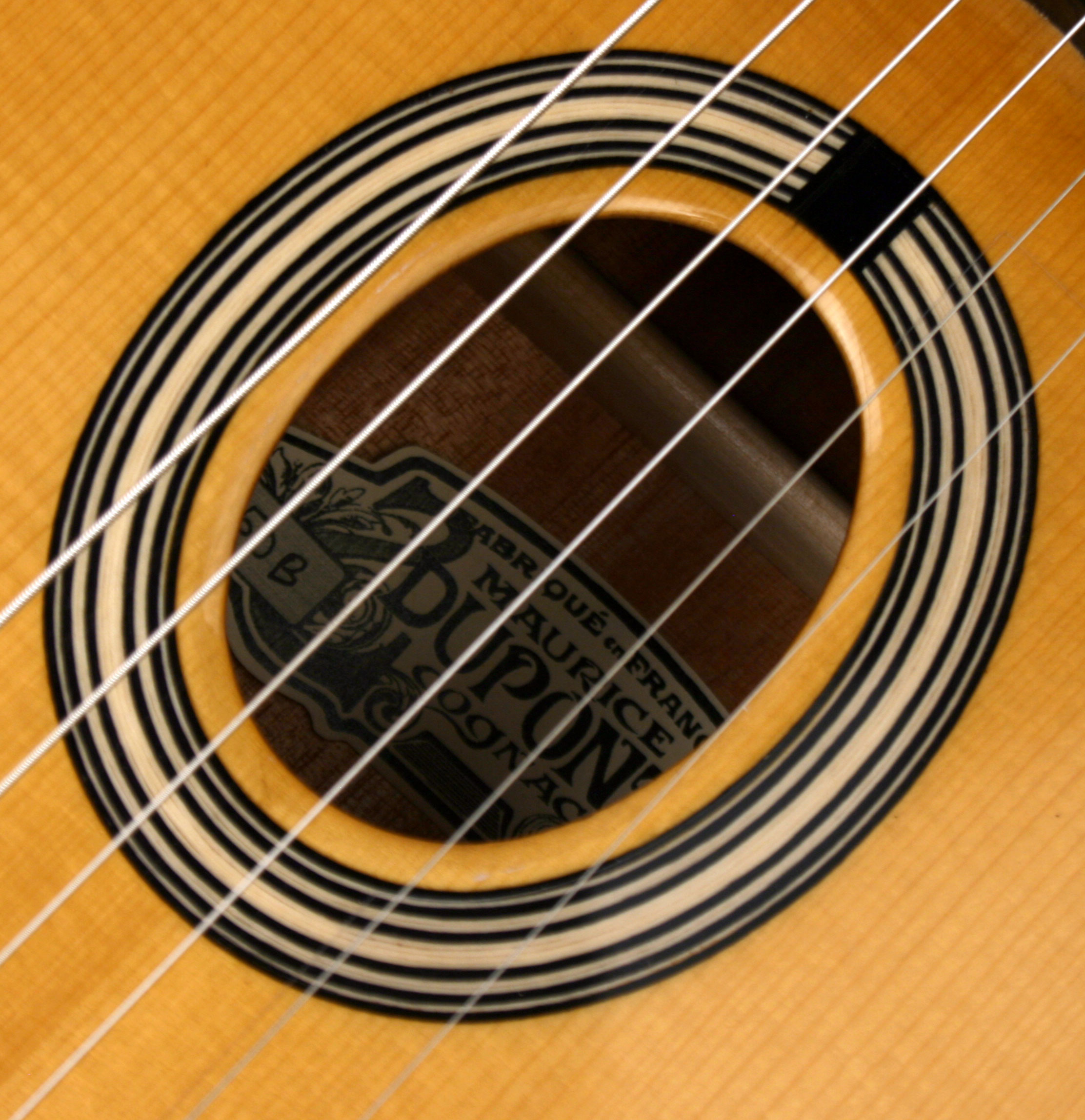 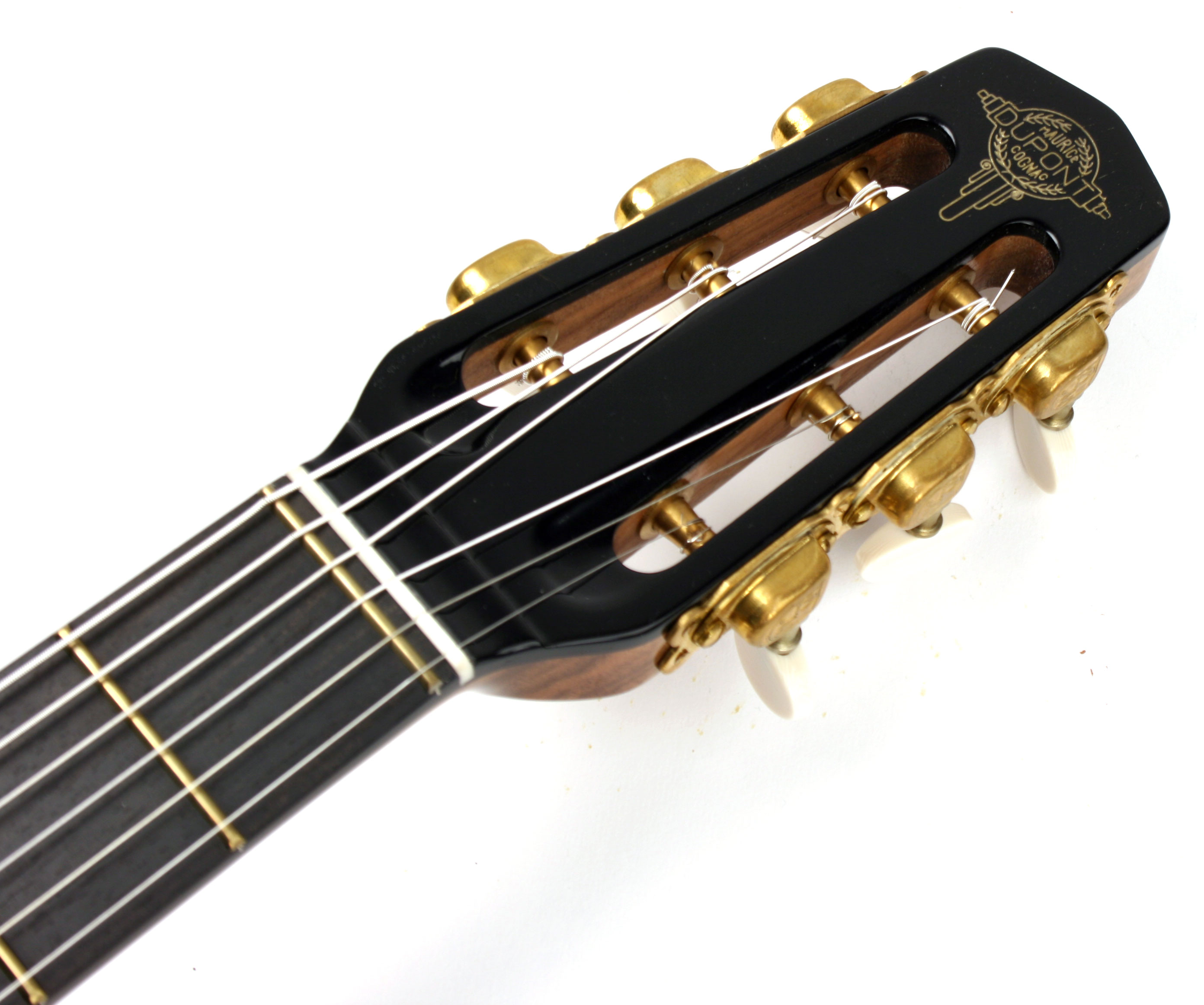 Follow Us Follow Us Follow Us Follow Us
Submit a Review
2015 Dupont MD50B
Maurice Dupont has long been one of the most respected luthiers in France and one of the first contemporary makers to specialize in producing the Selmer Maccaferri guitar. Maurice first gained recognition as a builder of classical guitars and in 1989 was bestowed with the honor of "Best French Craftsman." Maurice was an apprentice of the legendary Gypsy guitar maker Jacques Favino, and in 1986 he began building his own Selmer style guitars which quickly became the most popular choice of professional Gypsy guitarists. Countless Gypsy stars including Raphael Fays, Biréli Lagrčne, Tchavolo Schmitt, and Romane have played Dupont guitars which appear on hundreds of recordings.

This rare and beautiful MD-50B is a deluxe version of the tried and true workhorse of Gypsy jazz, the MD-50. Upgrades include gorgeous, highly figured Brazilian rosewood and European maple binding. The top is European spruce top and the neck is walnut. This instrument's beauty is further enhanced by a set of Dupont's top-of-the-line closed brass DM tuners which are replicas of the original Selmer HSC tuners.

The Brazilian back and sides of this guitar are among the most highly figured and exotic I've ever come across. The back has a stunning sapwood stripe down the middle which creates a stunning visual effect.

Action is set at a very comfortable 3.2mm. Strung with Argentine 1610MF strings.