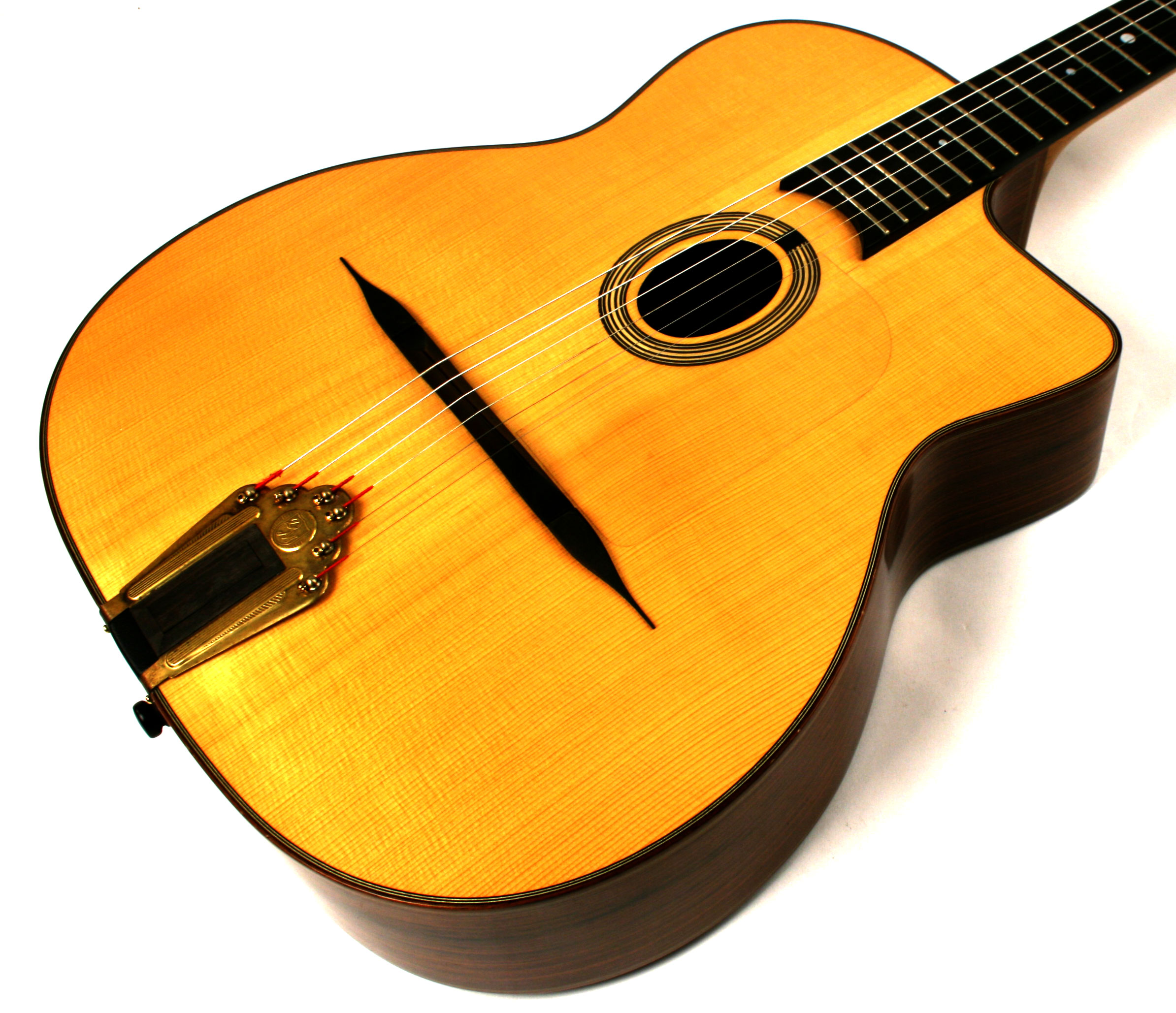 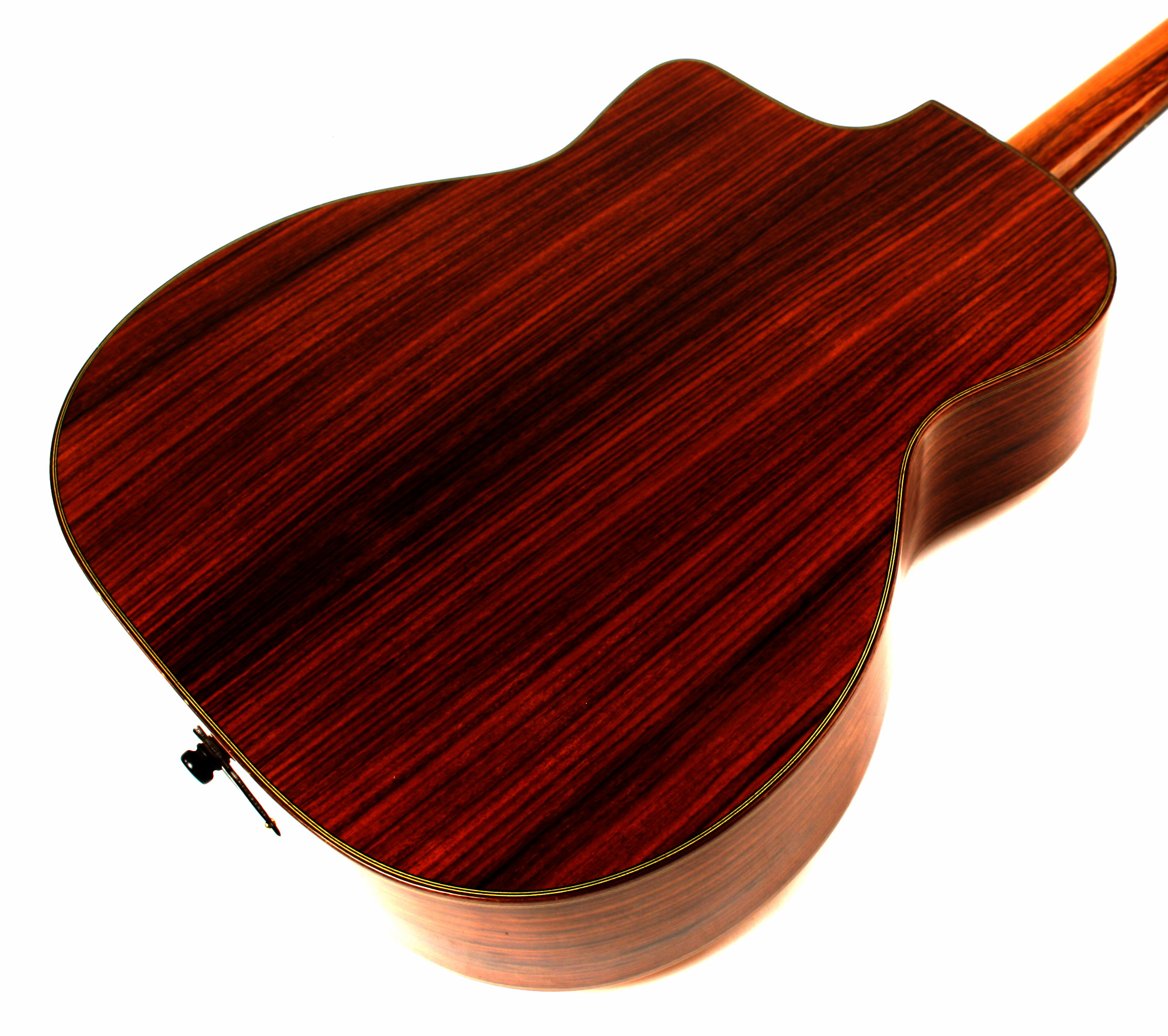 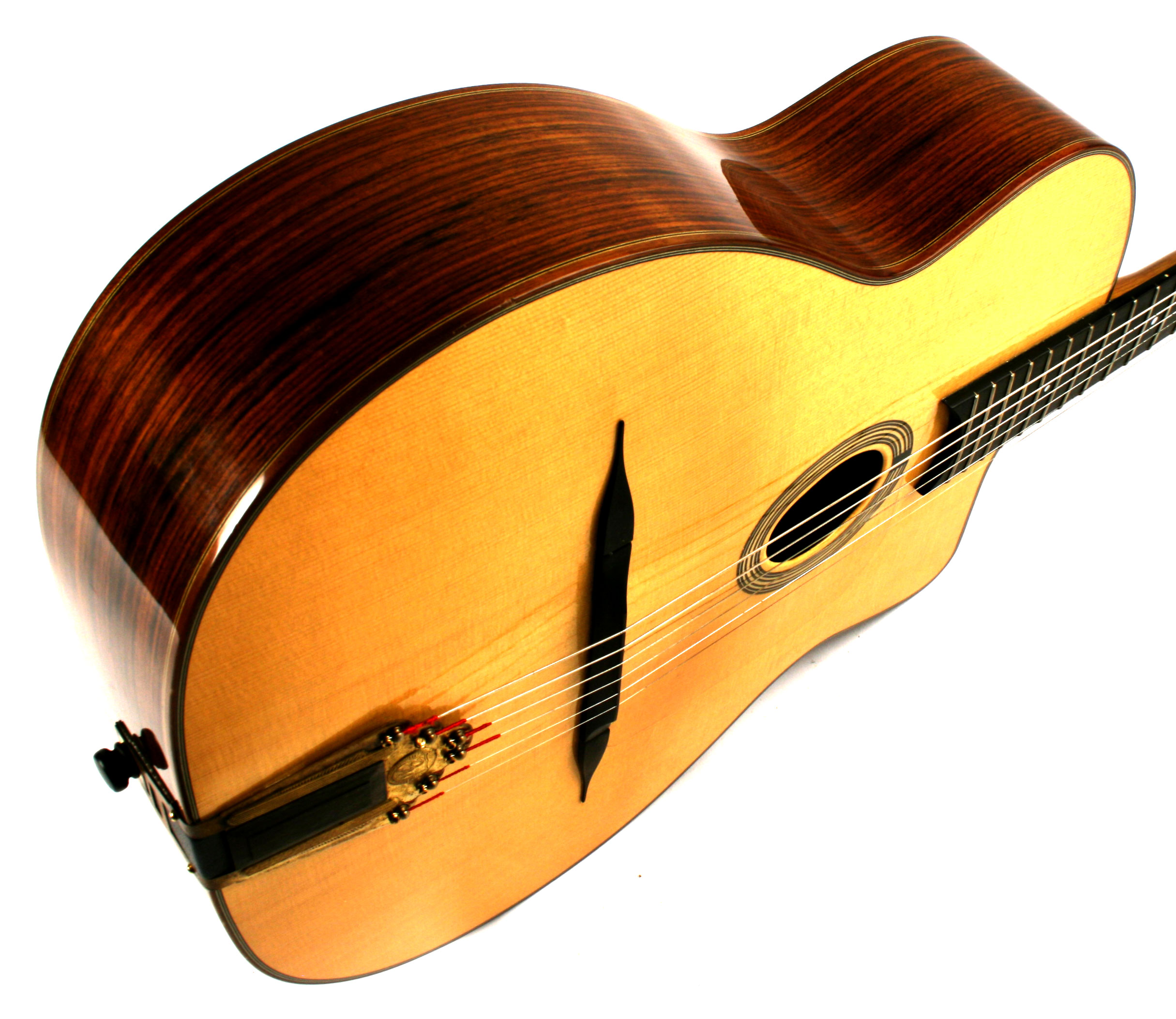 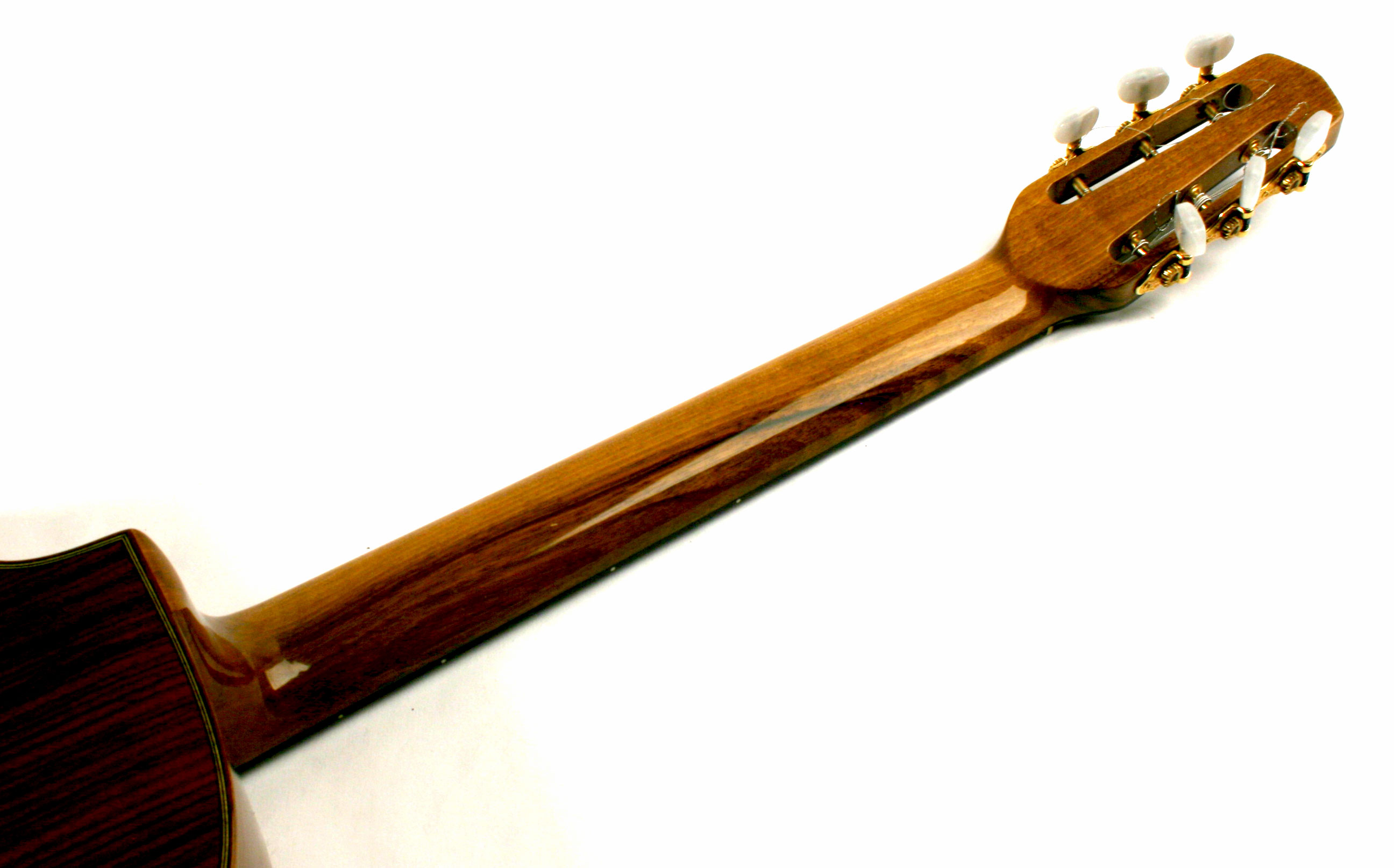 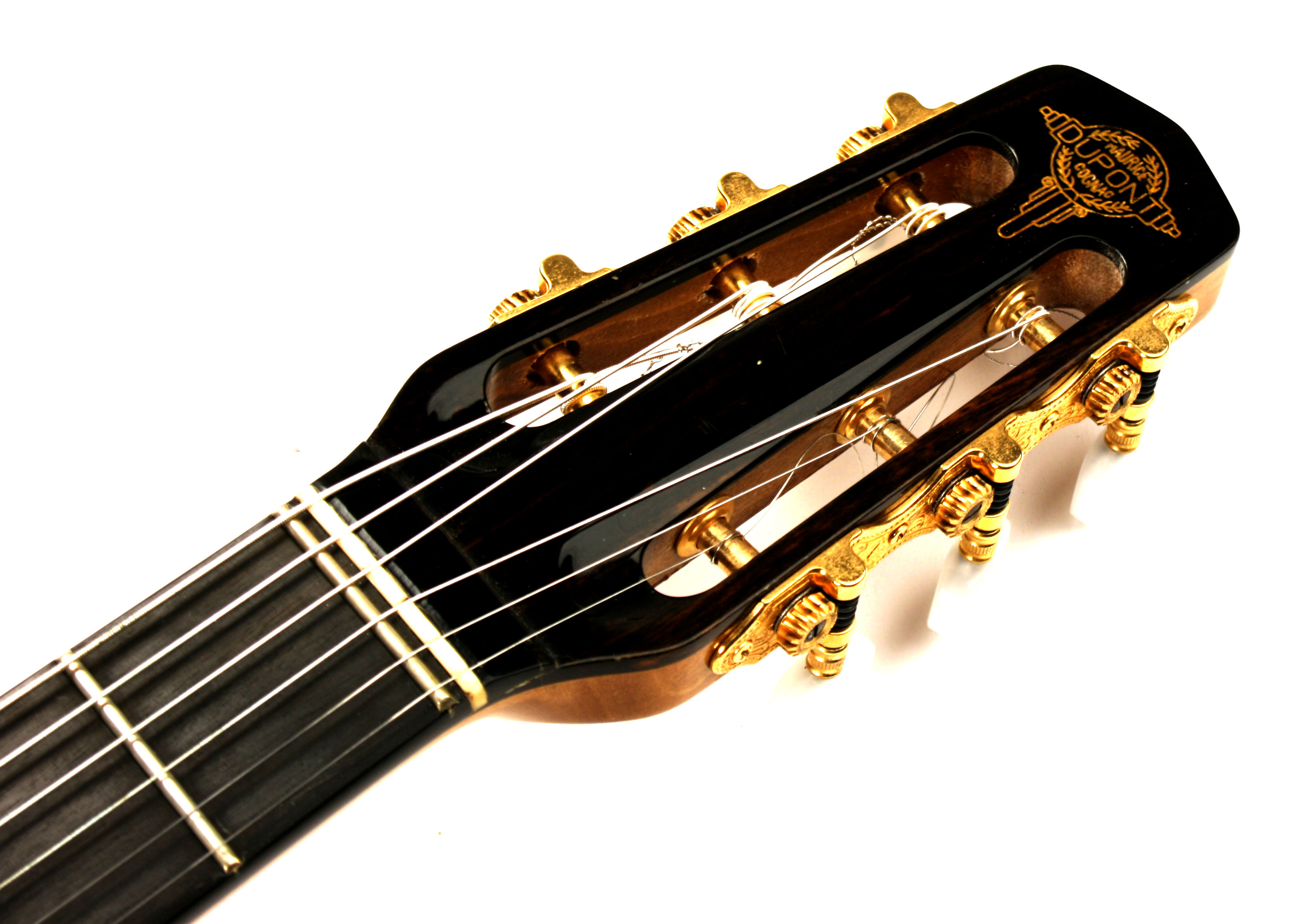 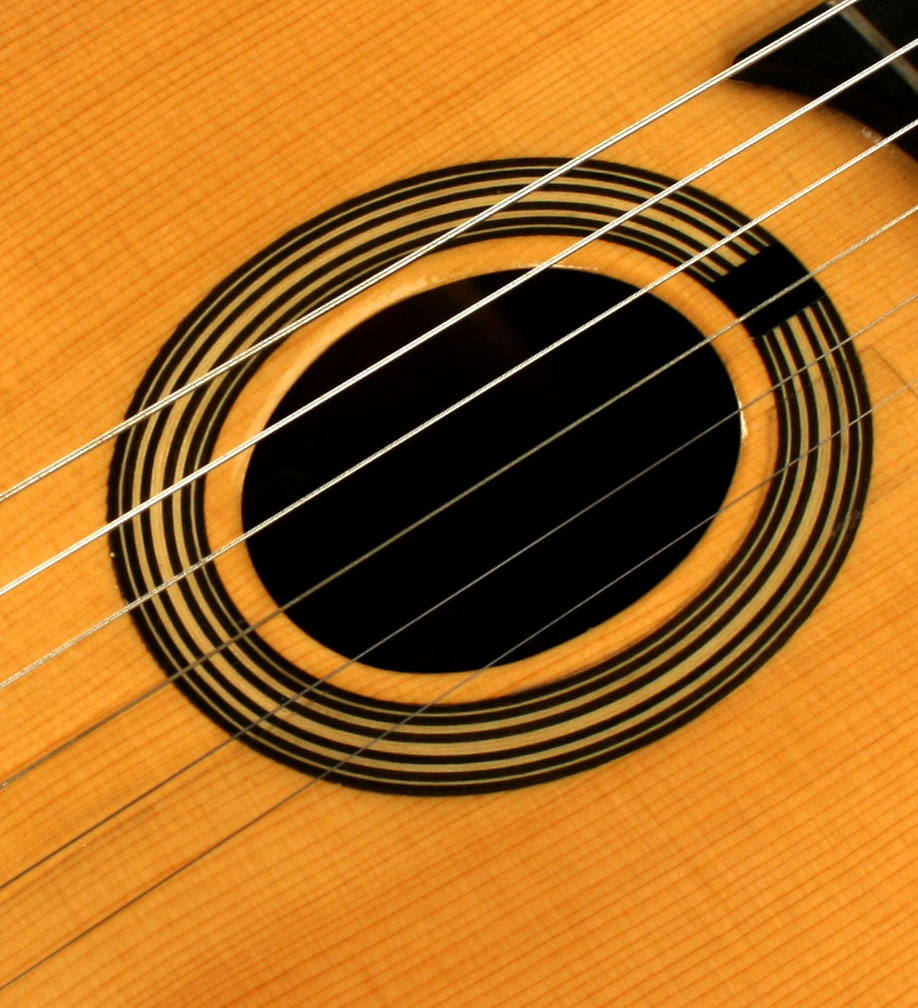 This used example has some small dings throughout the guitar and some pickwear on the top. The frets have some wear but still have a fair amount of life left in them. There is a top crack running from the fingerboard to the soundhole which has been repaired and is stable. A fantastic price for a very well preserved example!