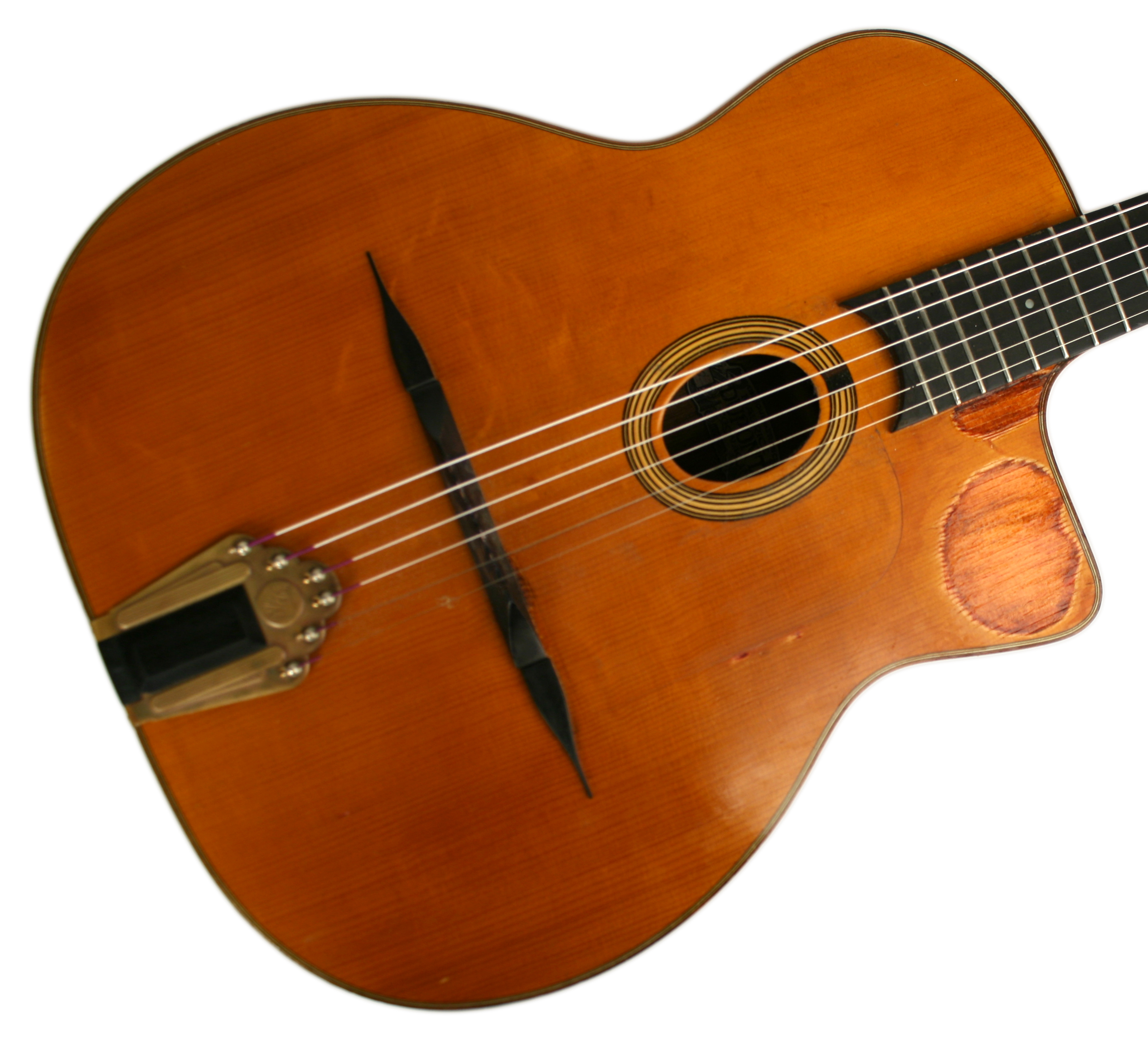 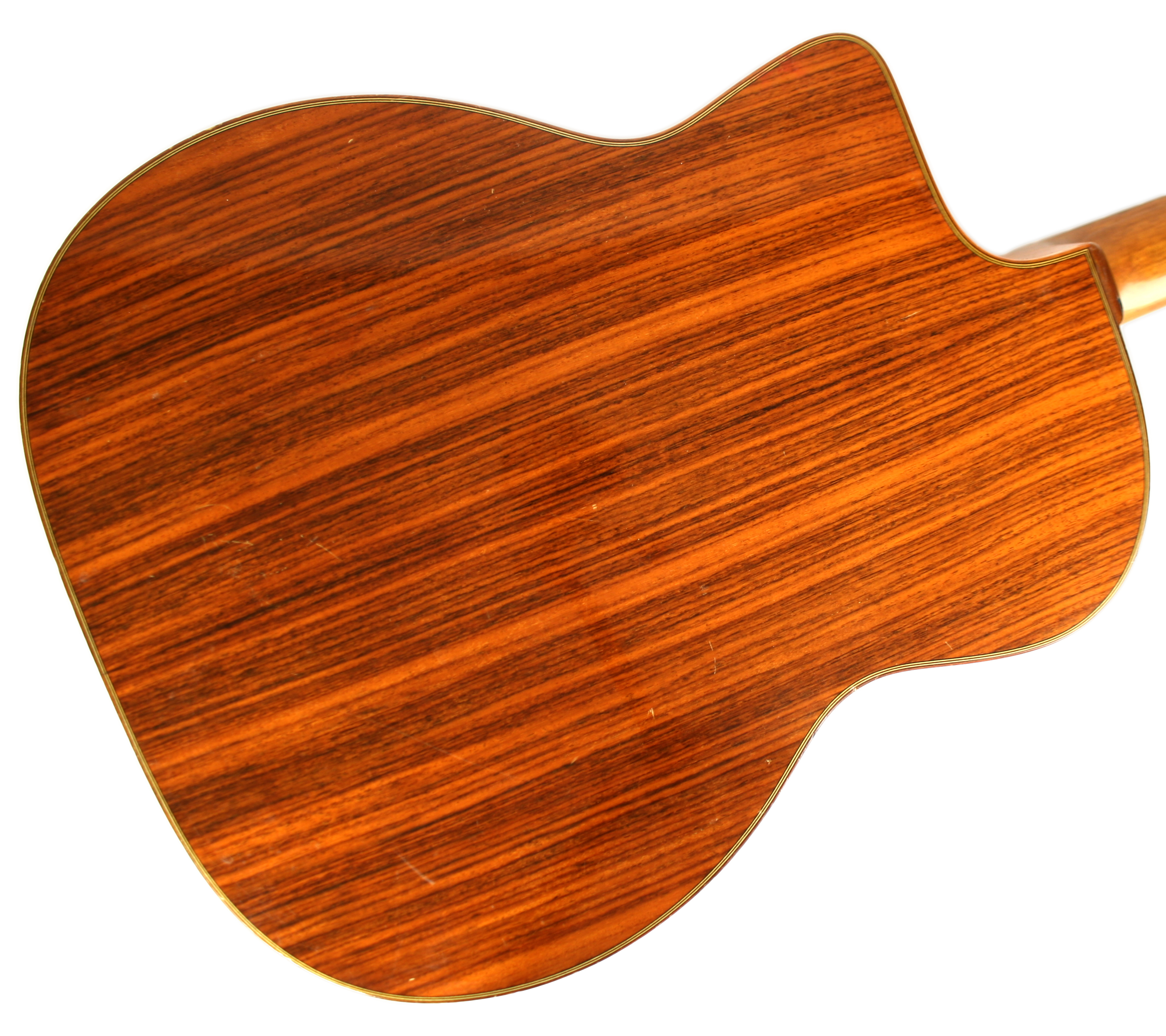 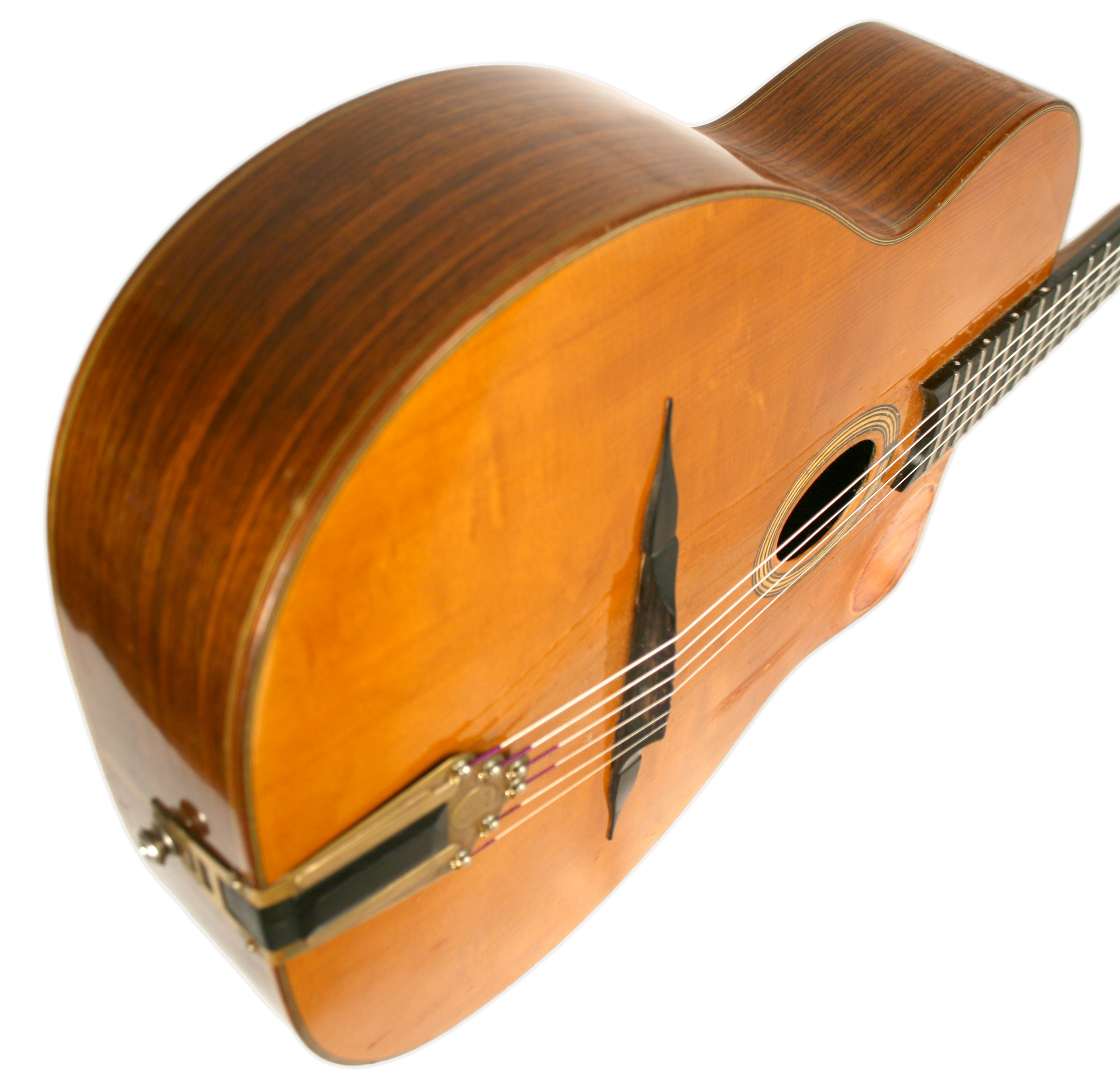 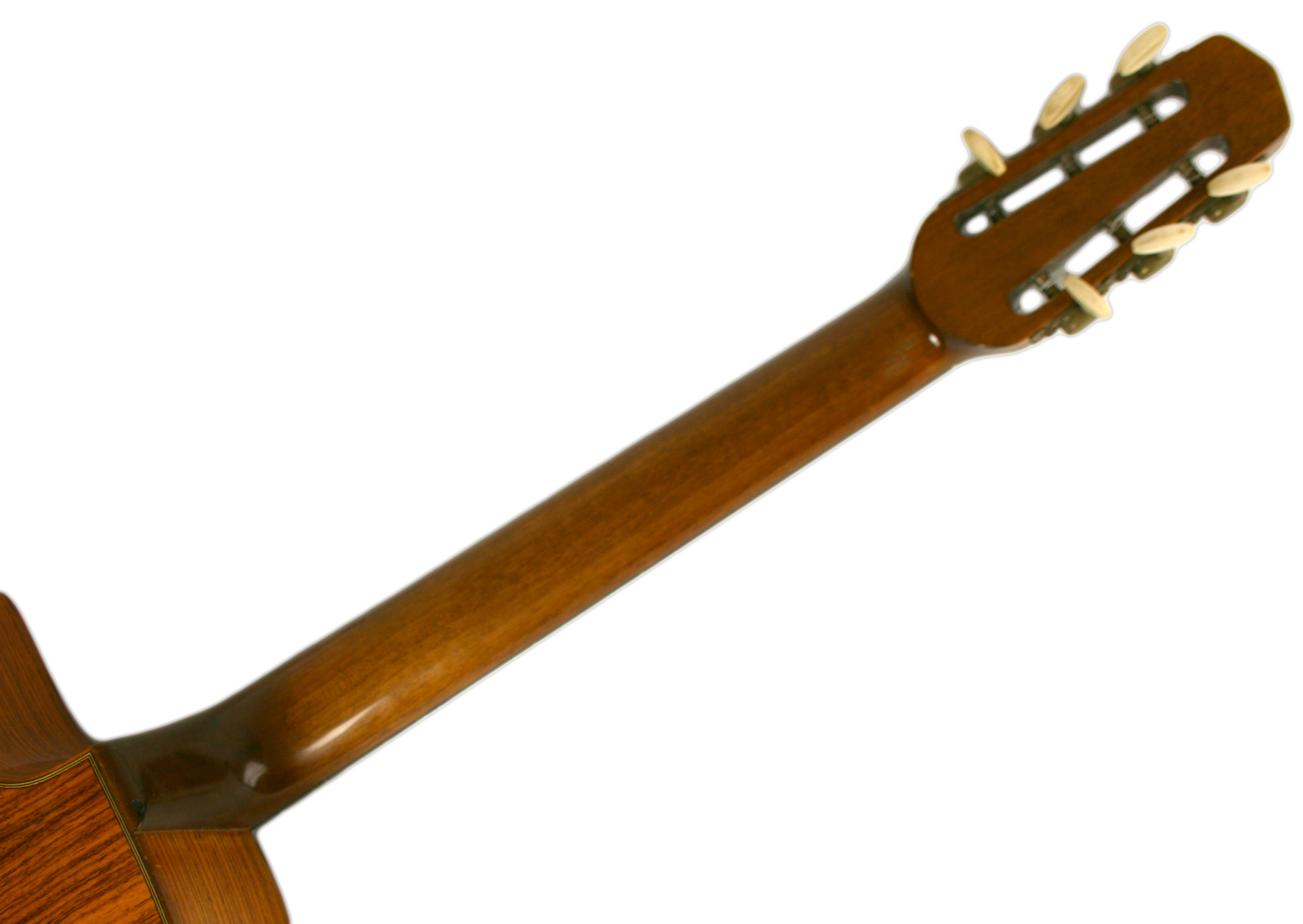 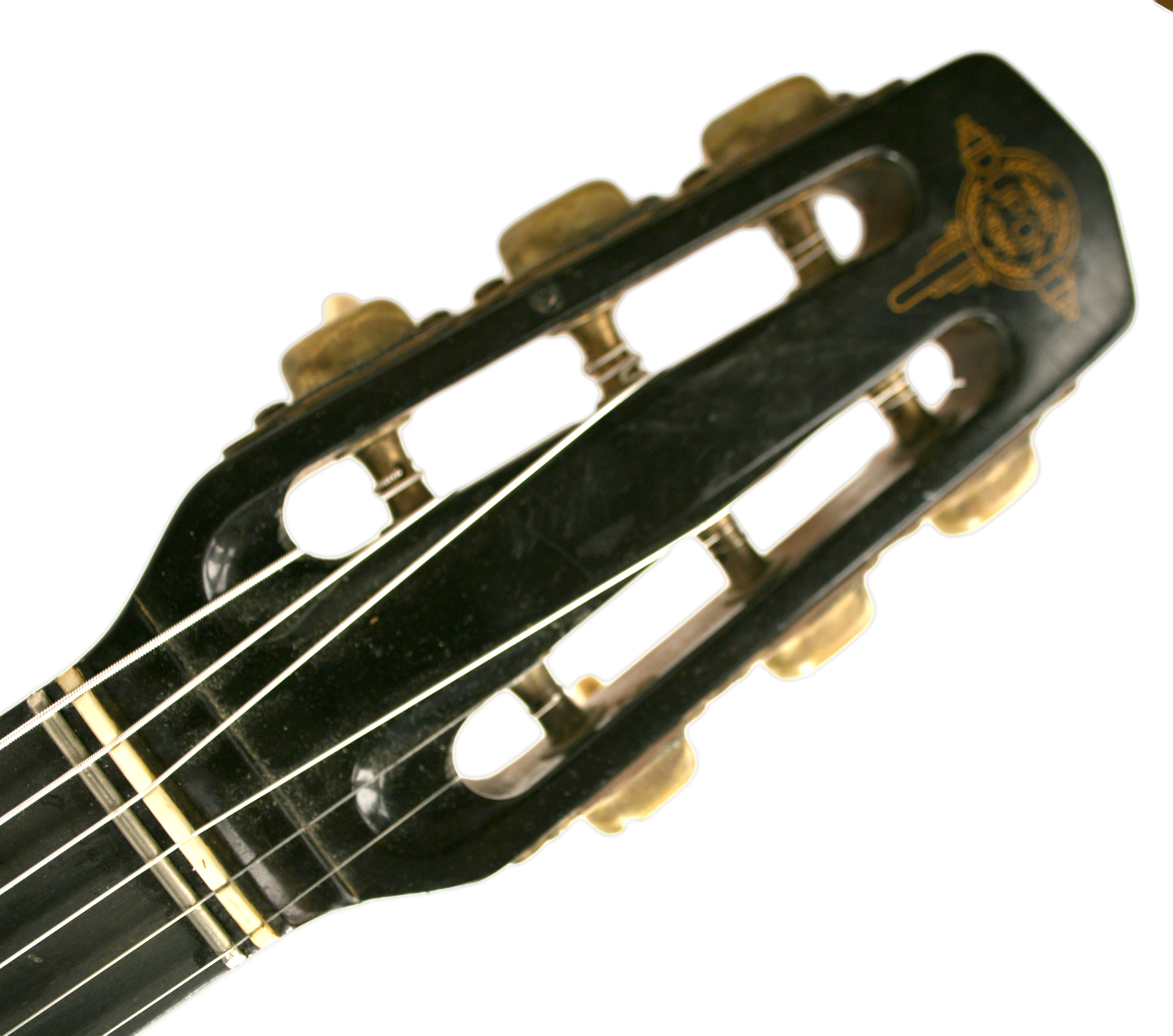 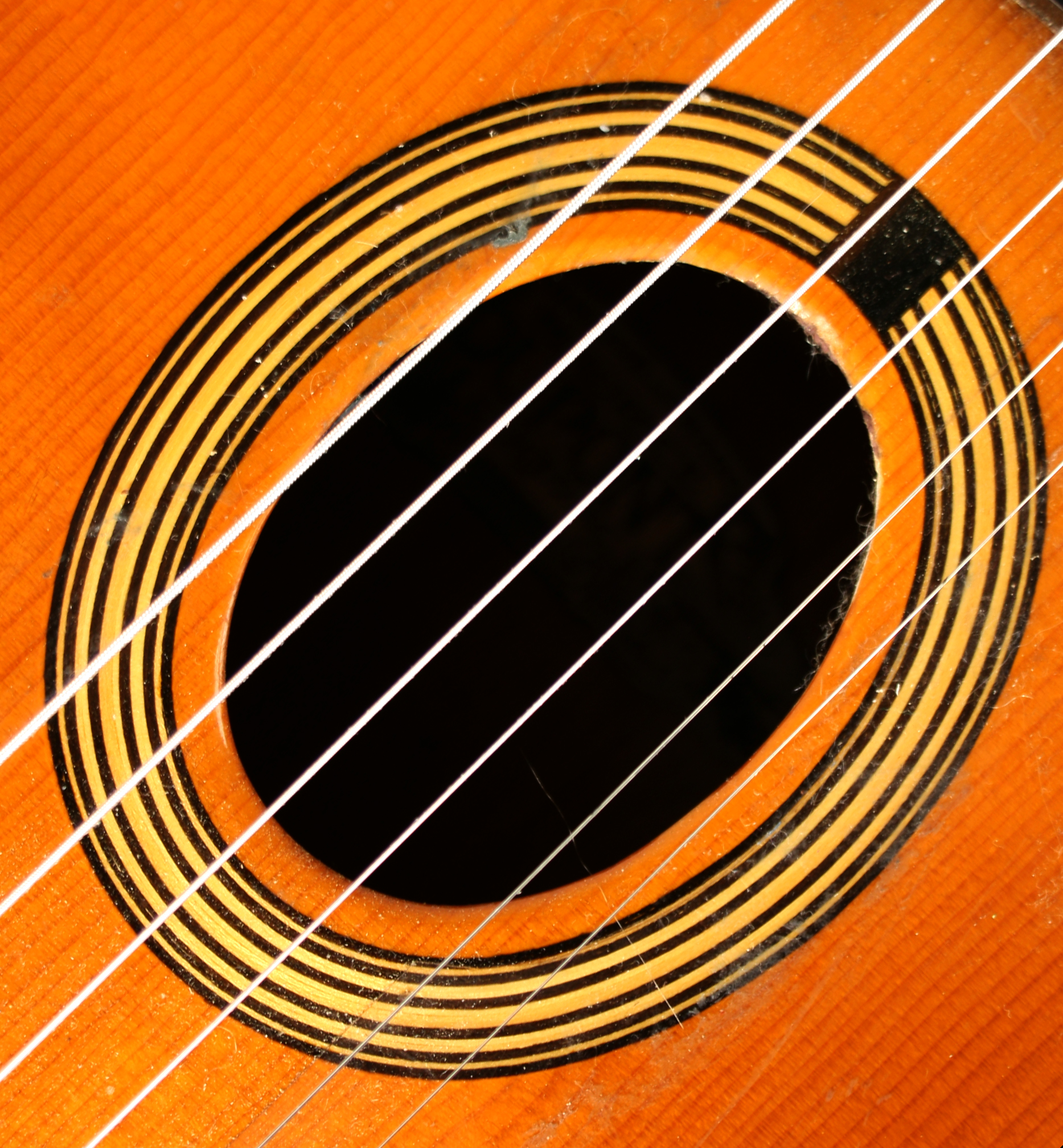 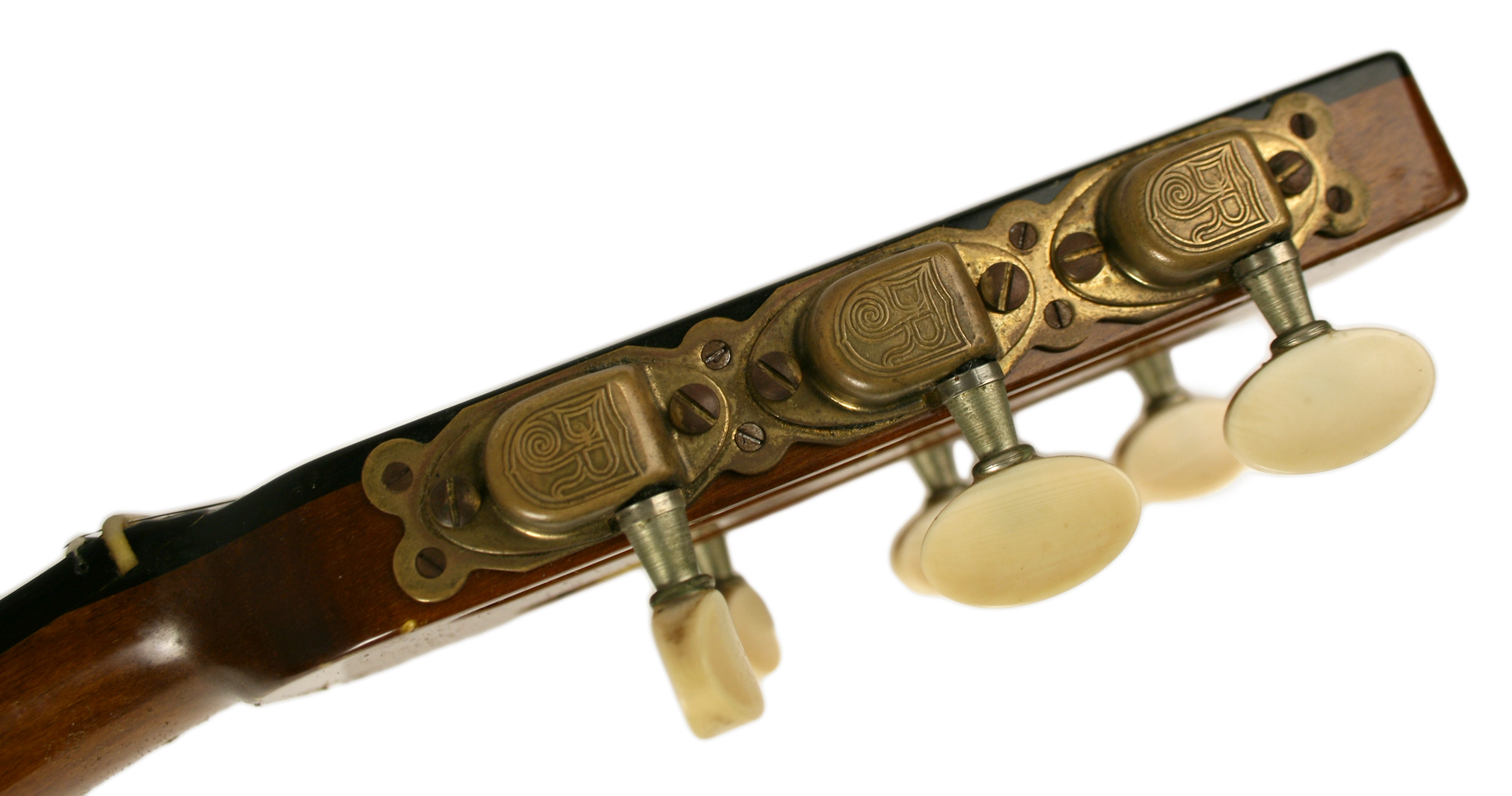 Dupont's Gypsy models are built entirely in Cognac, France by master luthier Patrick Redureau (since1994)  under the supervision of Maurice Dupont. The collective experience of the Dupont team along with Maurice's stock of well aged, select tonewoods yields instruments of unsurpassed tone and playability.

The MD50 is Maurice's standard Selmer copy which is based on the same specifications as the legendary Selmer guitars produced from 1932-1951. This instrument features Indian rosewood back and sides, a spruce top, and a walnut neck. Duponts are known for their clear, dry tone and this instrument is no exception. Each note is well defined and projects well, without any of the annoying overtone ringing or muddiness that lesser guitars suffer from.