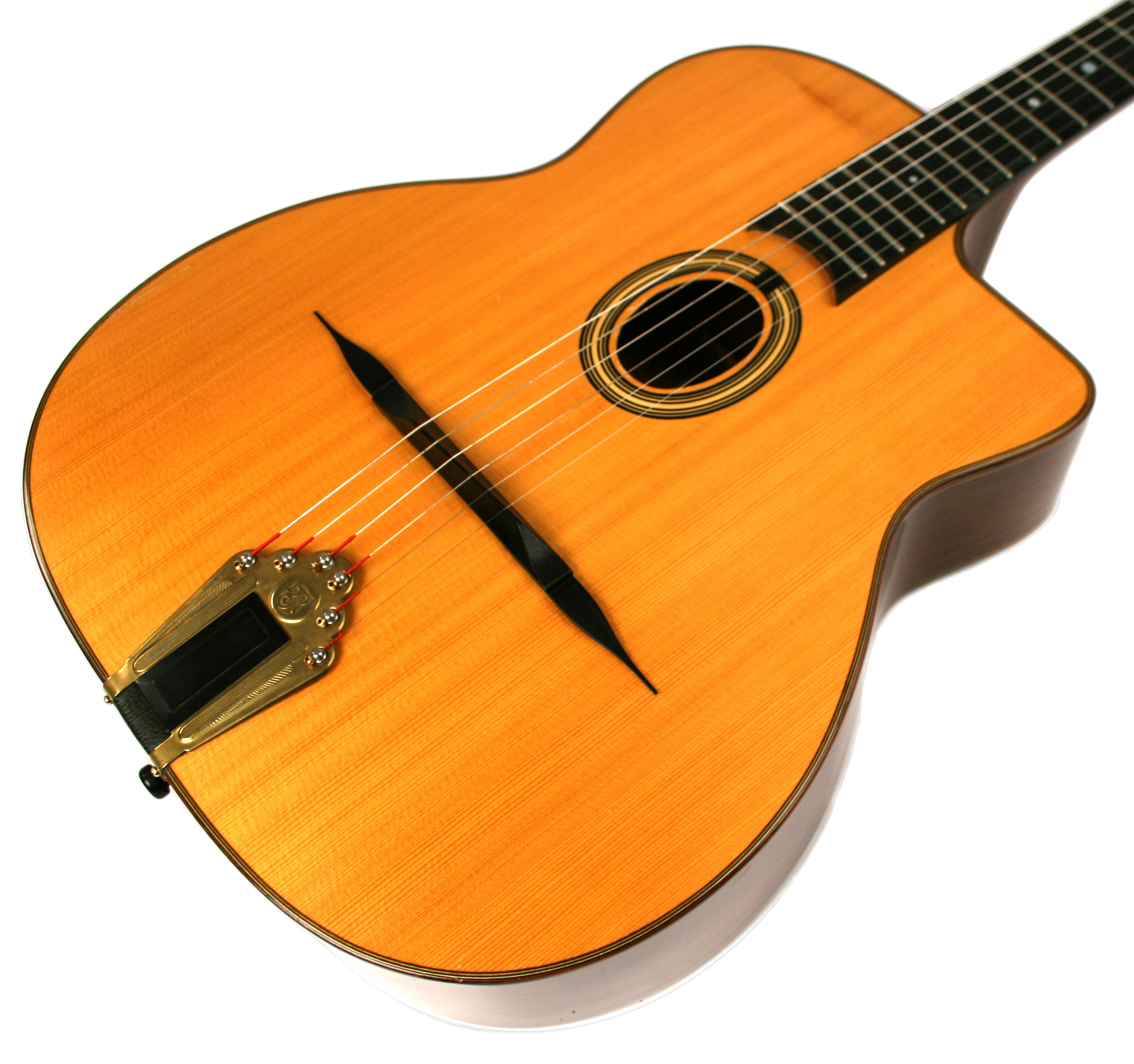 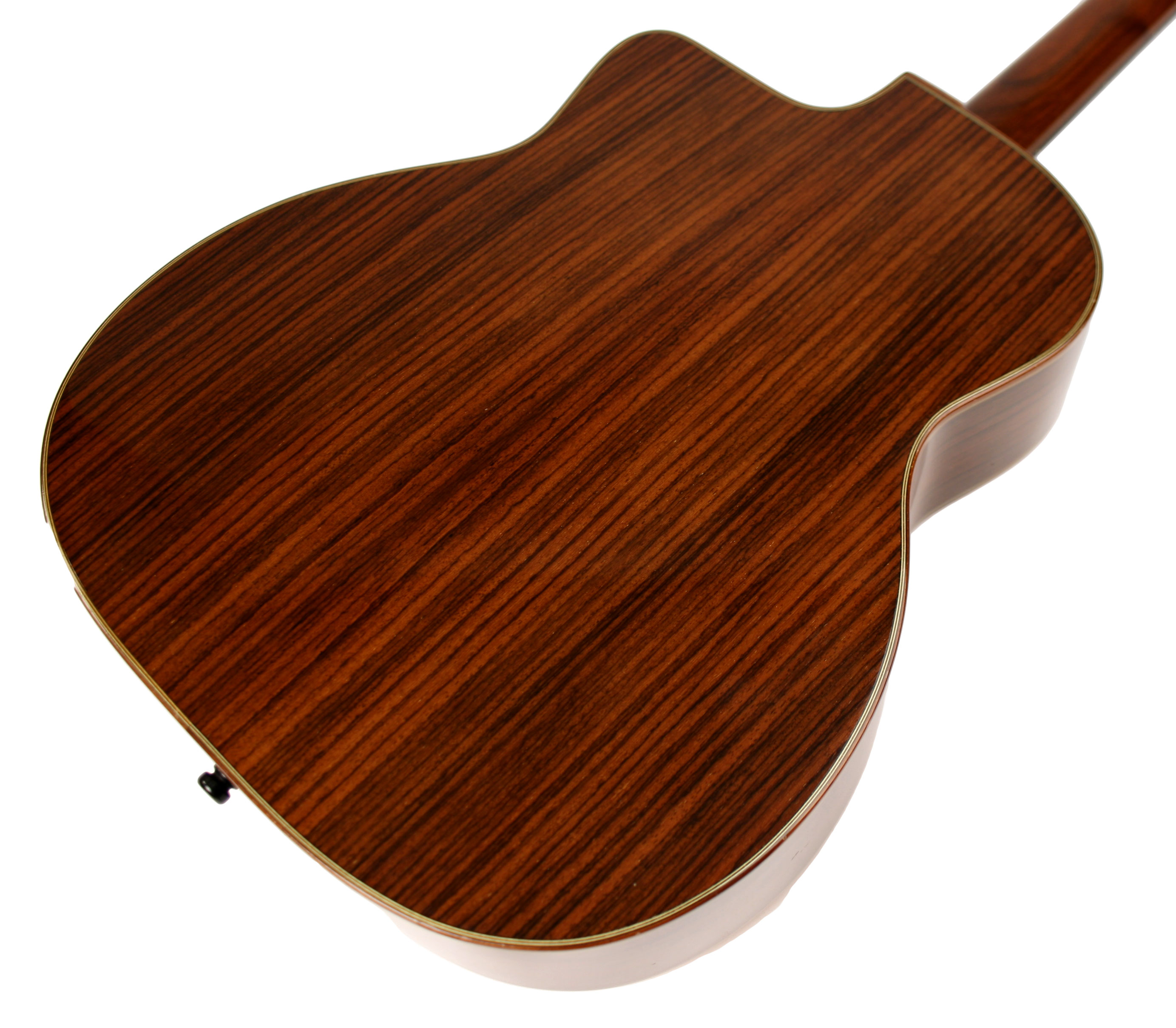 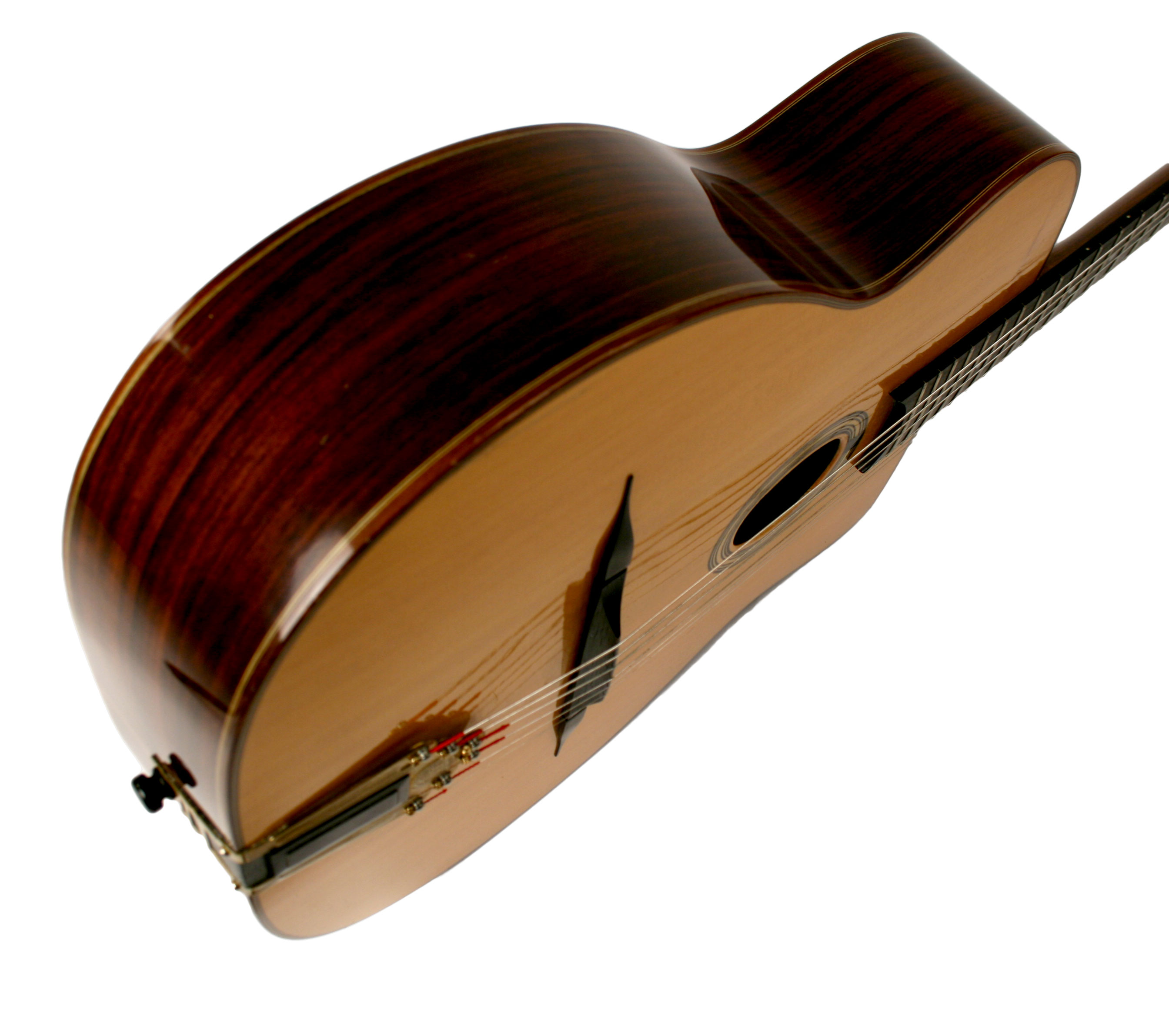 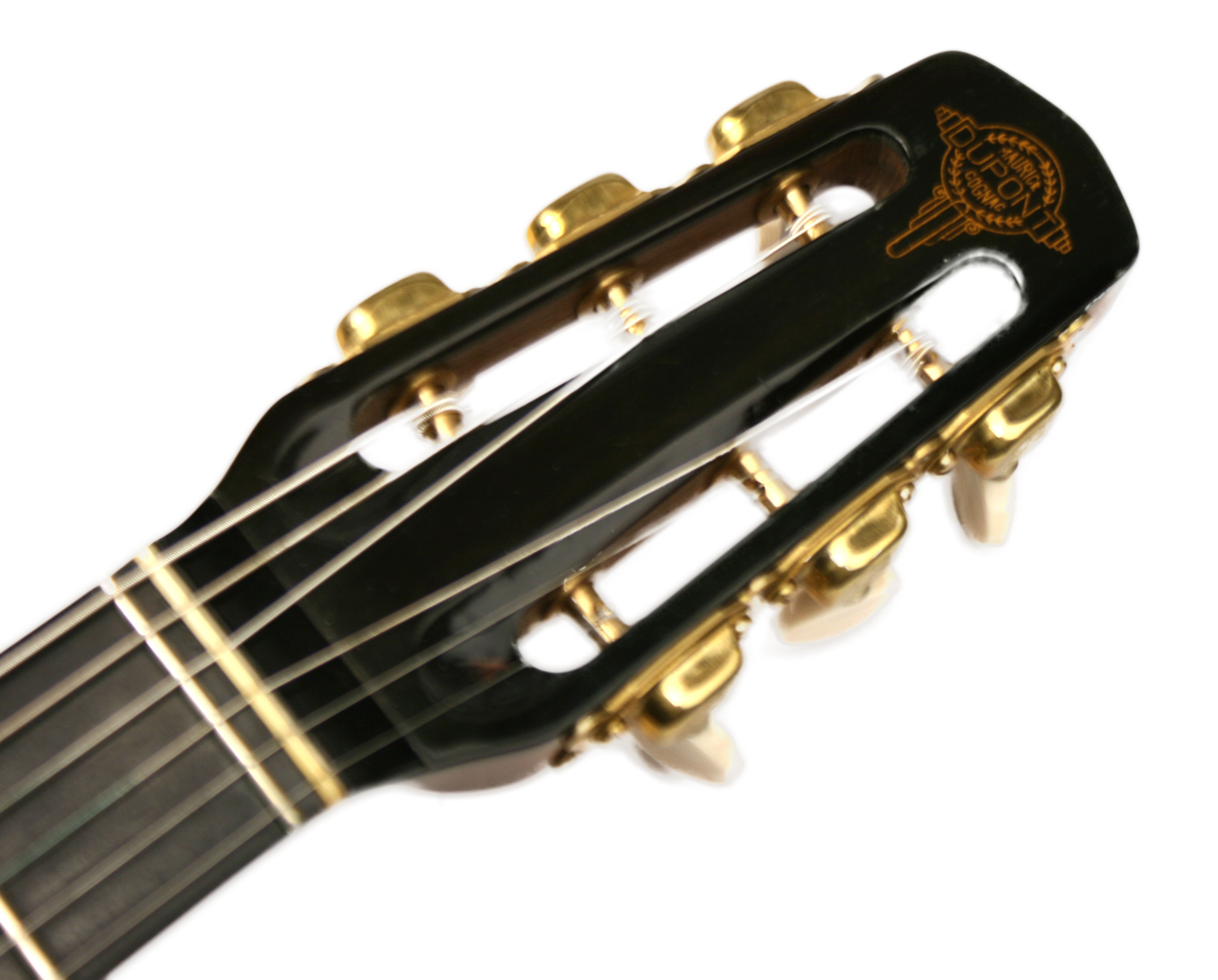 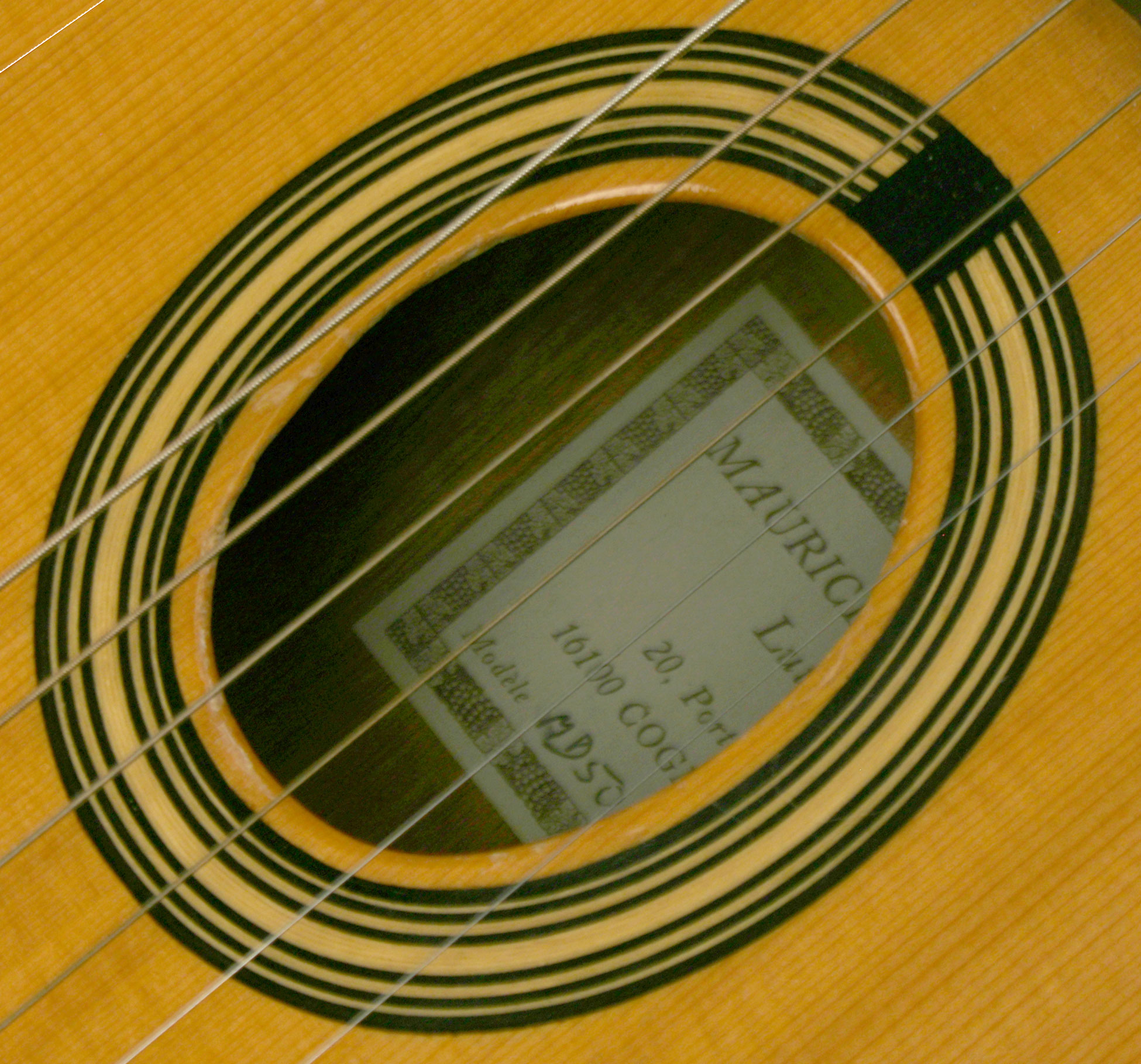 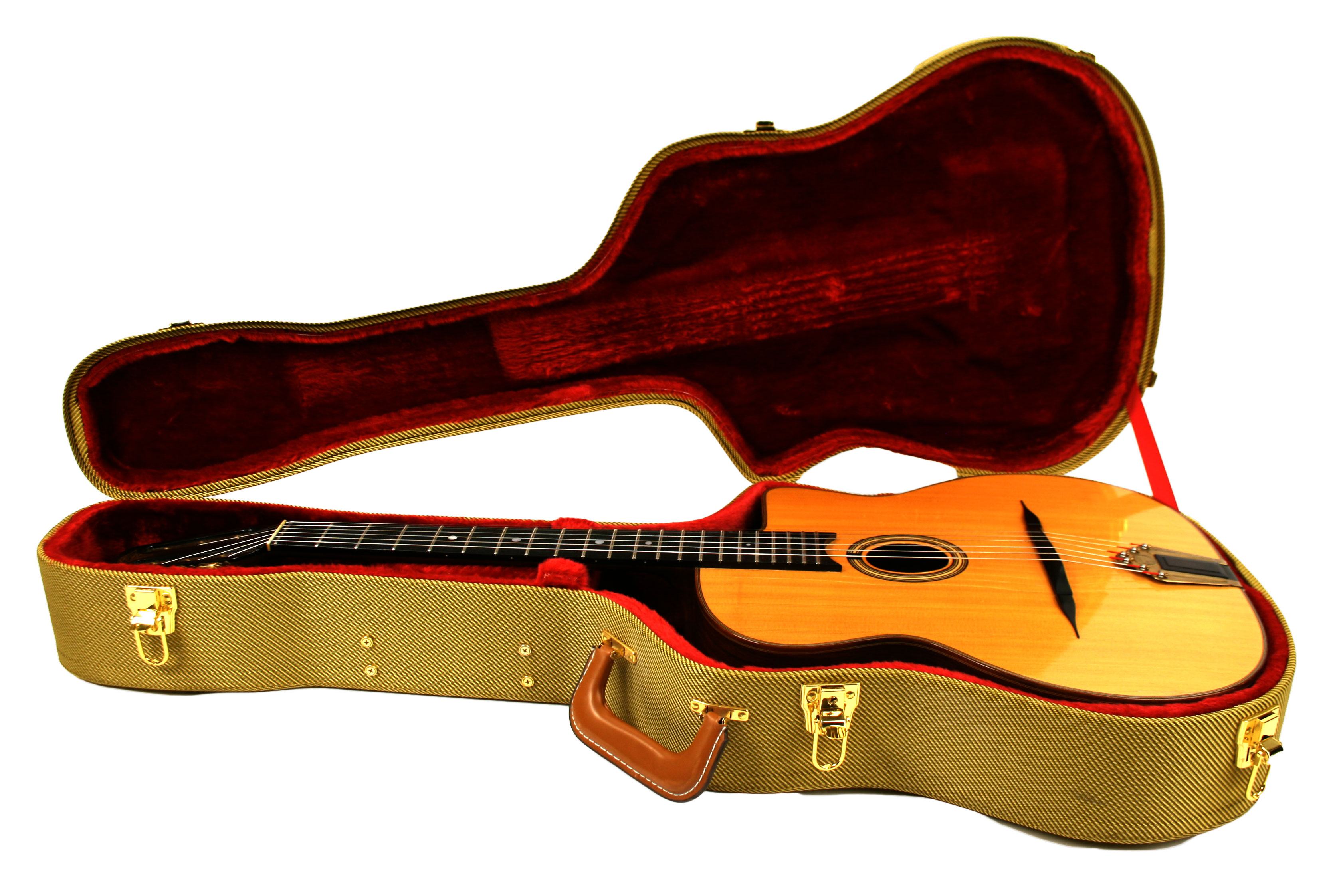 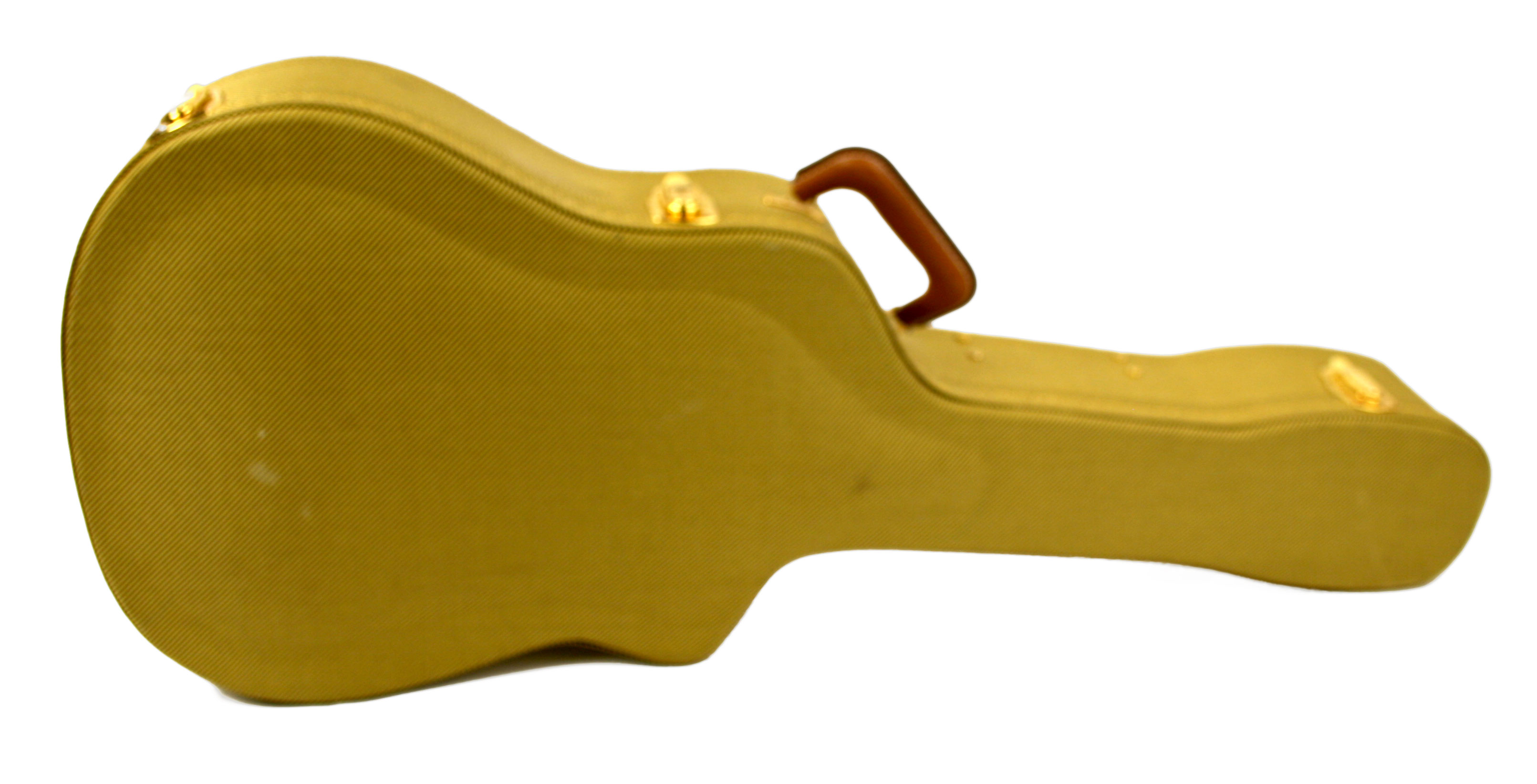 This example from 1998 was built when Maurice Dupont was building all of his instruments himself. It has the older square label that he used in this era. The condition is excellent with just some light pickwear on the top and some moderate fretwear as well. A set of fancy DM tuners has been installed.


Maurice's precision fretwork and neck geometry allow for easy playing low action which enables one to play even the most difficult passages with little effort. For these reasons, the MD50 has long been the "go to" guitar for professional Gypsy jazz guitarists. It has the most traditional Selmer tone and the best quality workmanship and materials that one can find in this price range. For these reasons it's our best selling guitar!