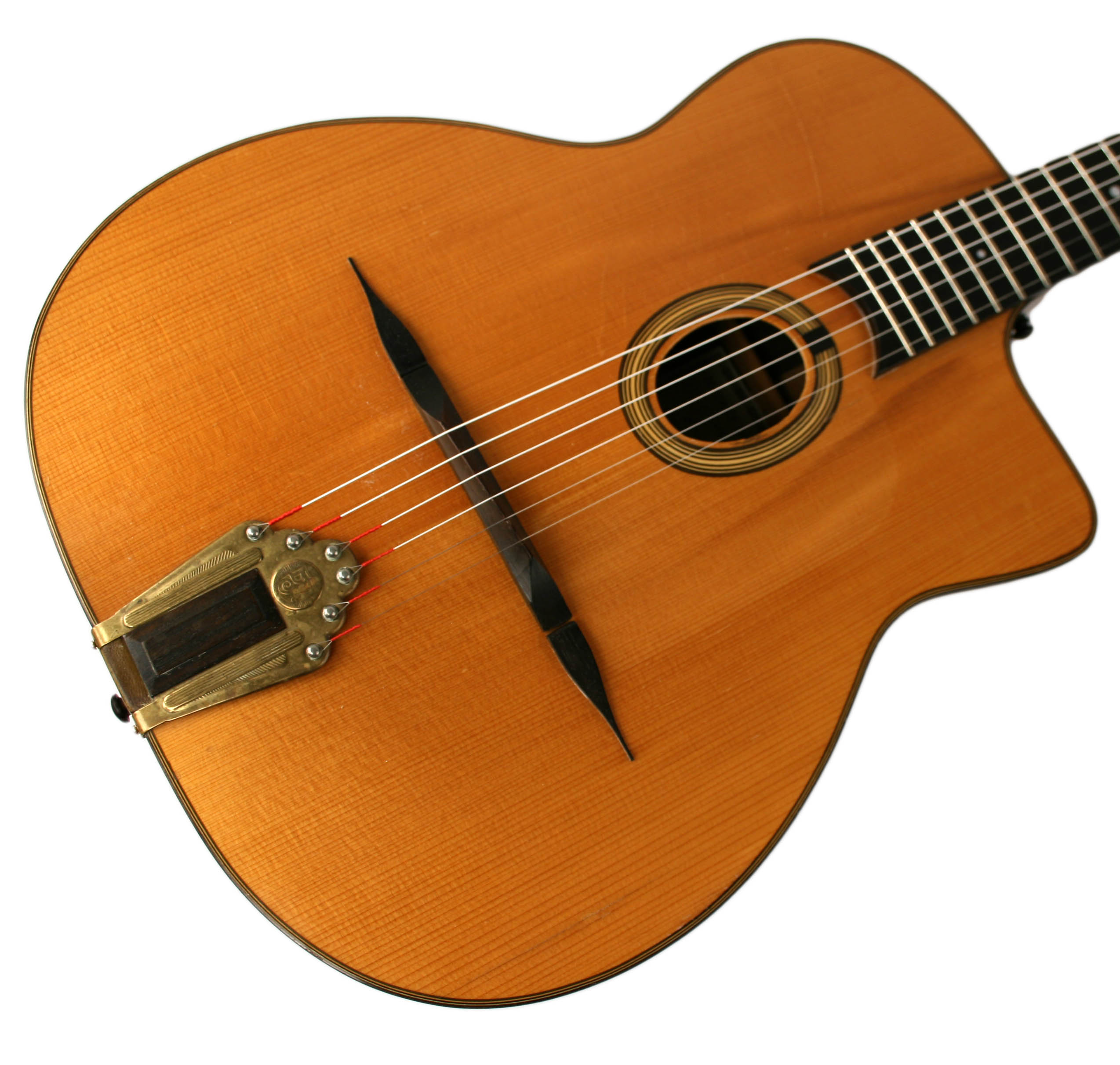 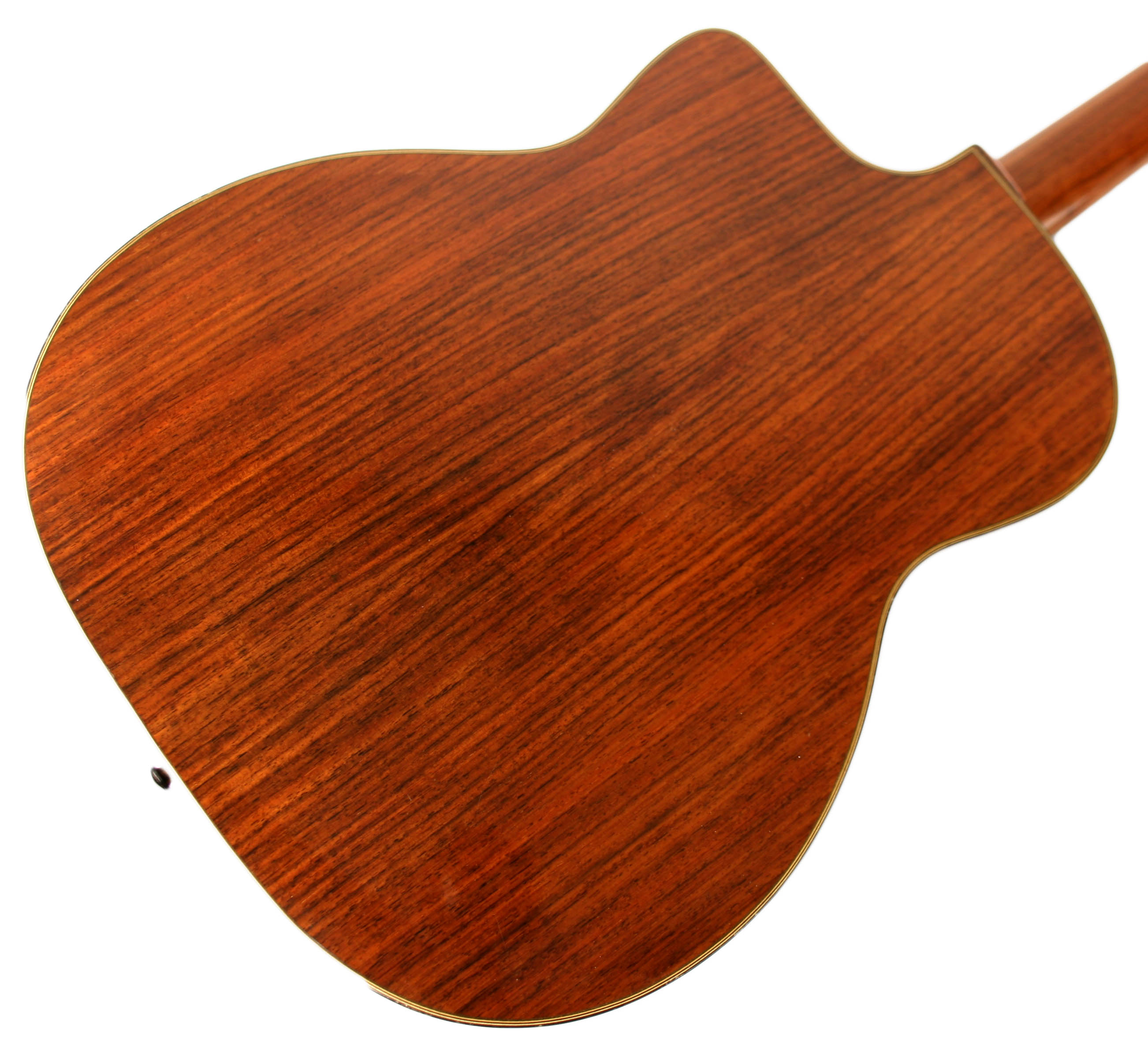 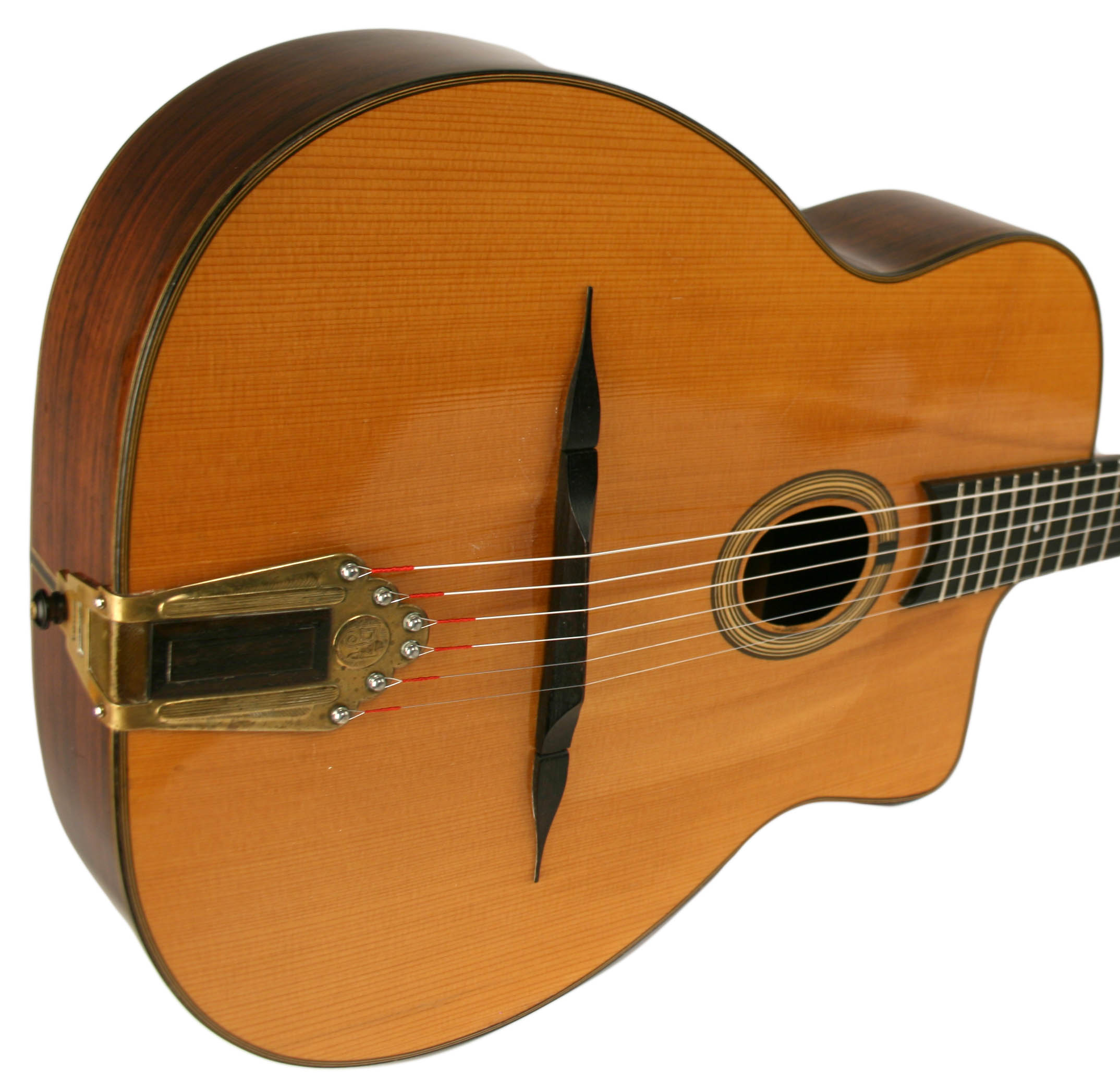 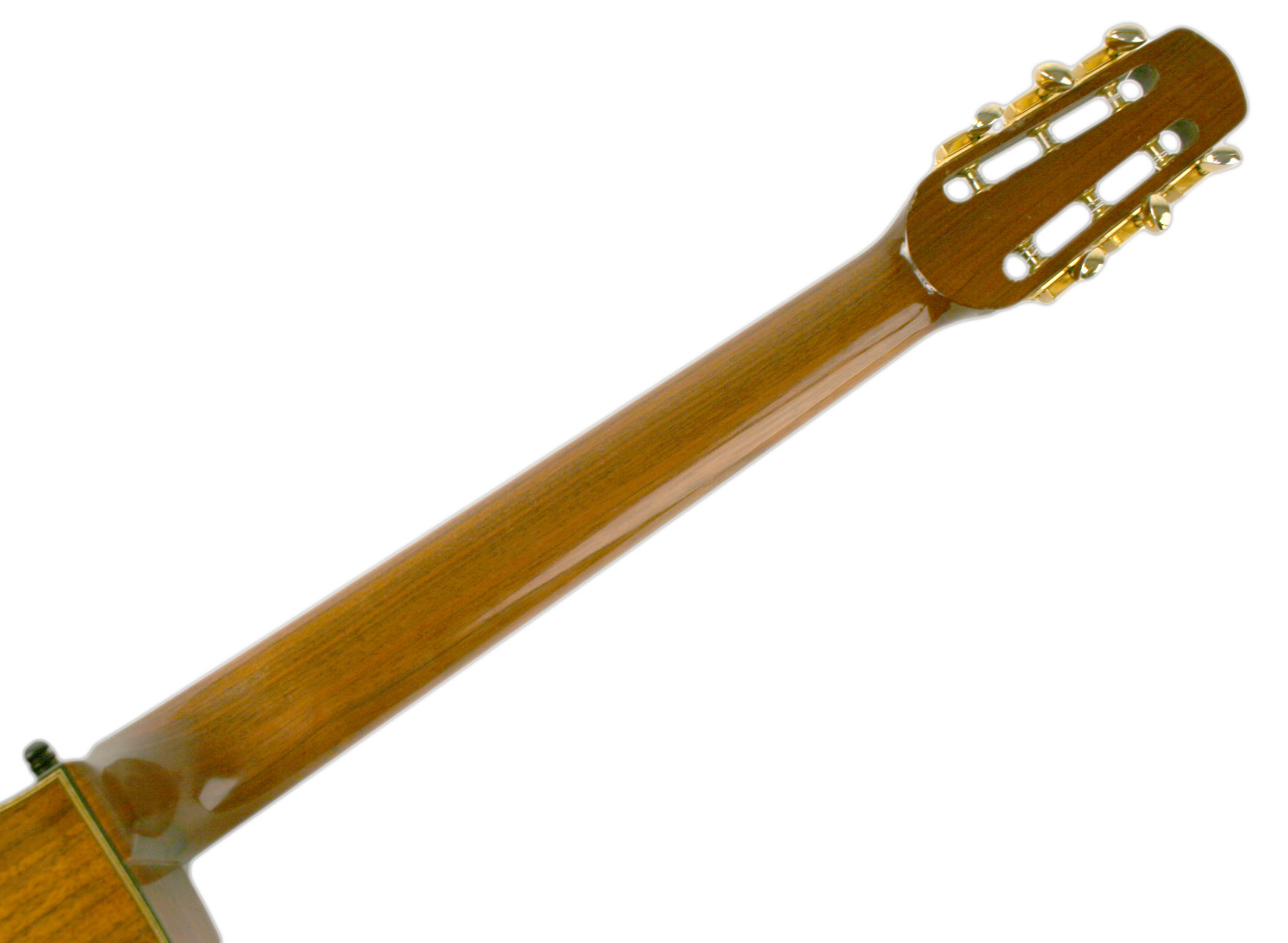 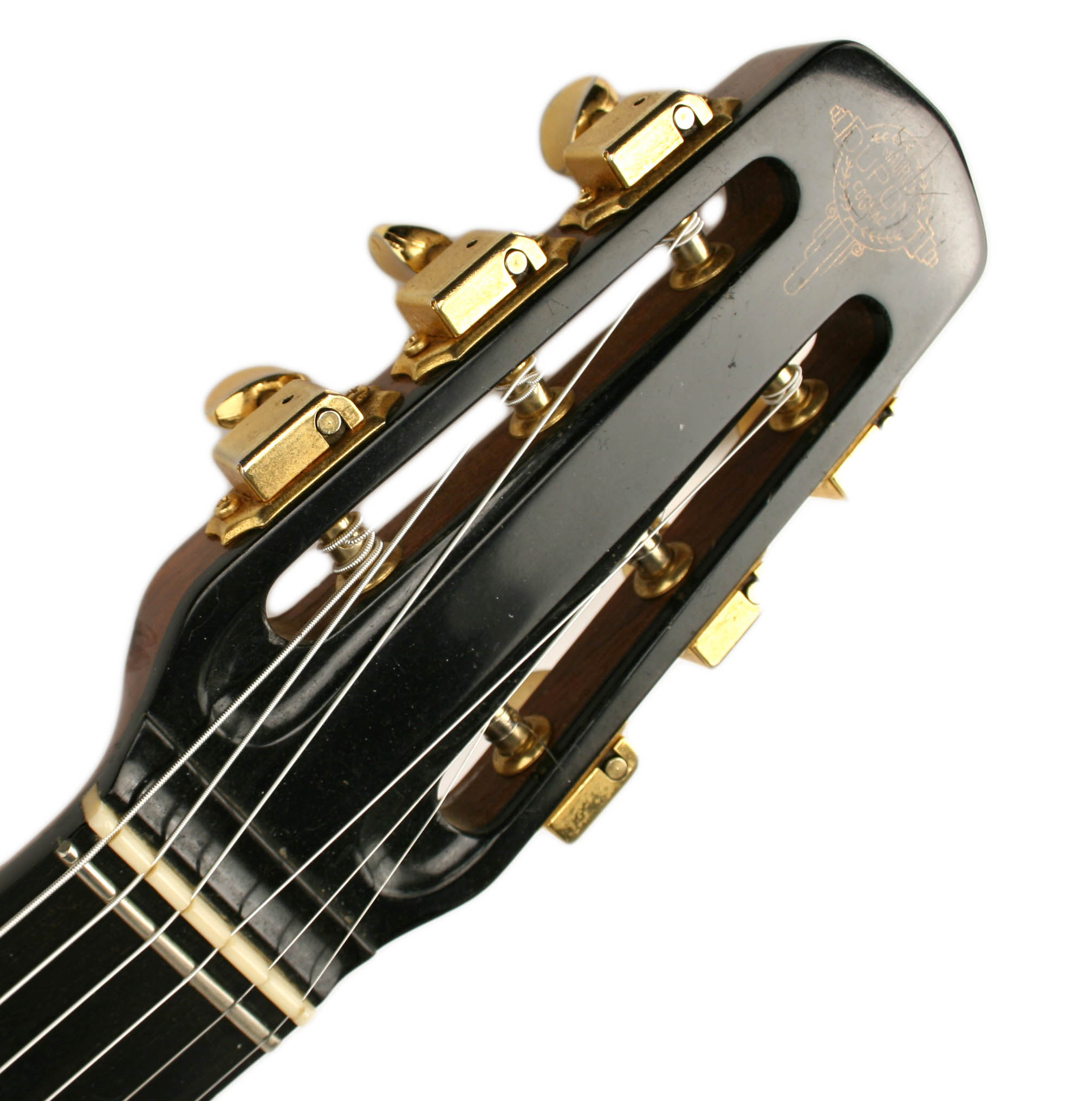 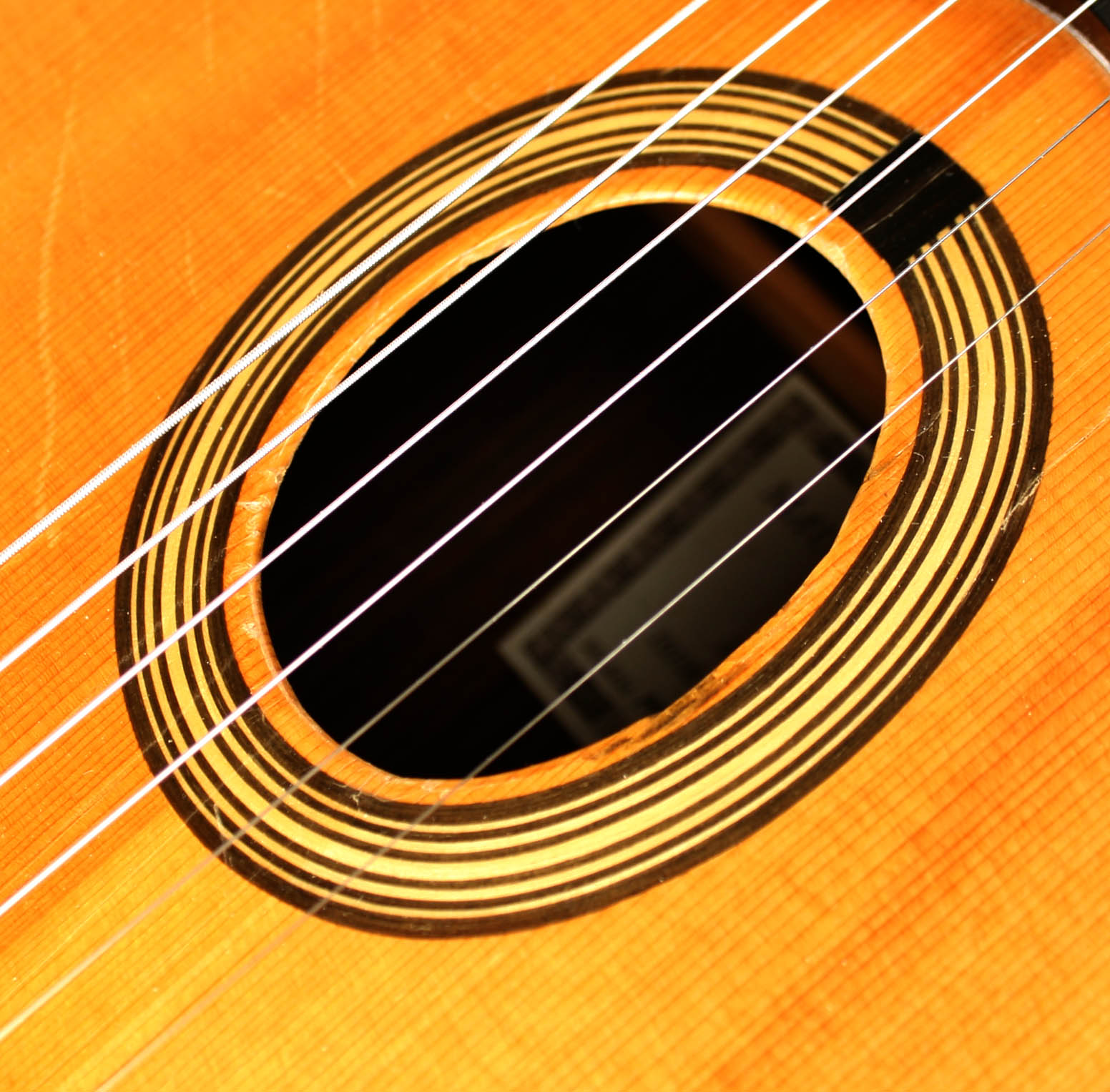 Follow Us Follow Us Follow Us Follow Us
Submit a Review
1996 Dupont MD30
Maurice Dupont has long been one of the most respected luthiers in France and one of the first contemporary makers to specialize in producing the Selmer Maccaferri guitar. Maurice first gained recognition as a builder of classical guitars and in 1989 was bestowed with the honor of "Best French Craftsman." Maurice was an apprentice of the legendary Gypsy guitar maker Jacques Favino, and in 1986 he began building his own Selmer style guitars which quickly became the most popular choice of professional Gypsy guitarists. Countless Gypsy stars including Biréli Lagrčne, Sébastien Giniaux, Raphael Fays, Tchavolo Schmitt, and Romane have played Dupont guitars which appear on hundreds of recordings.
Dupont's Gypsy models are built entirely in Cognac, France by master luthier Patrick Redureau (since1994)  under the supervision of Maurice Dupont. The collective experience of the Dupont team along with Maurice's stock of well aged, select tonewoods yields instruments of unsurpassed tone and playability.

The MD30 is a solid wood variation of Maurice's standard Selmer copy which is based on the same specifications as the legendary Selmer guitars produced from 1932-1951. This instrument features solid Indian rosewood back and sides, a spruce top, and a walnut neck. Duponts are known for their clear, dry tone and this instrument is no exception.

Maurice's precision fretwork and neck geometry allow for easy playing low action which enables one to play even the most difficult passages with little effort. For these reasons, the MD series guitars have long been the "go to" models for professional Gypsy jazz guitarists. They have the most traditional Selmer tone and the best quality workmanship and materials that one can find in this price range. For these reasons, the MD series instruments are our best selling guitars!