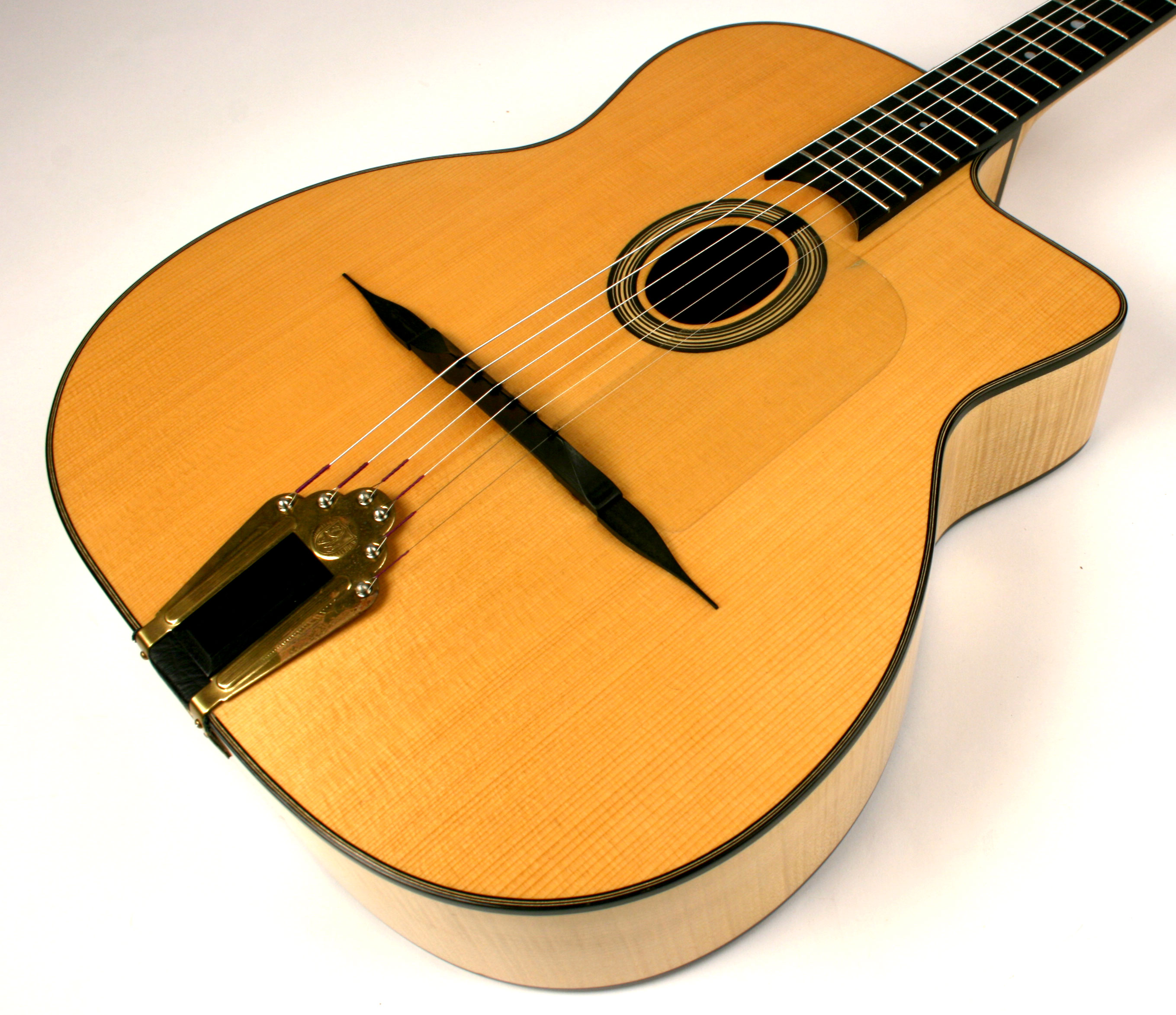 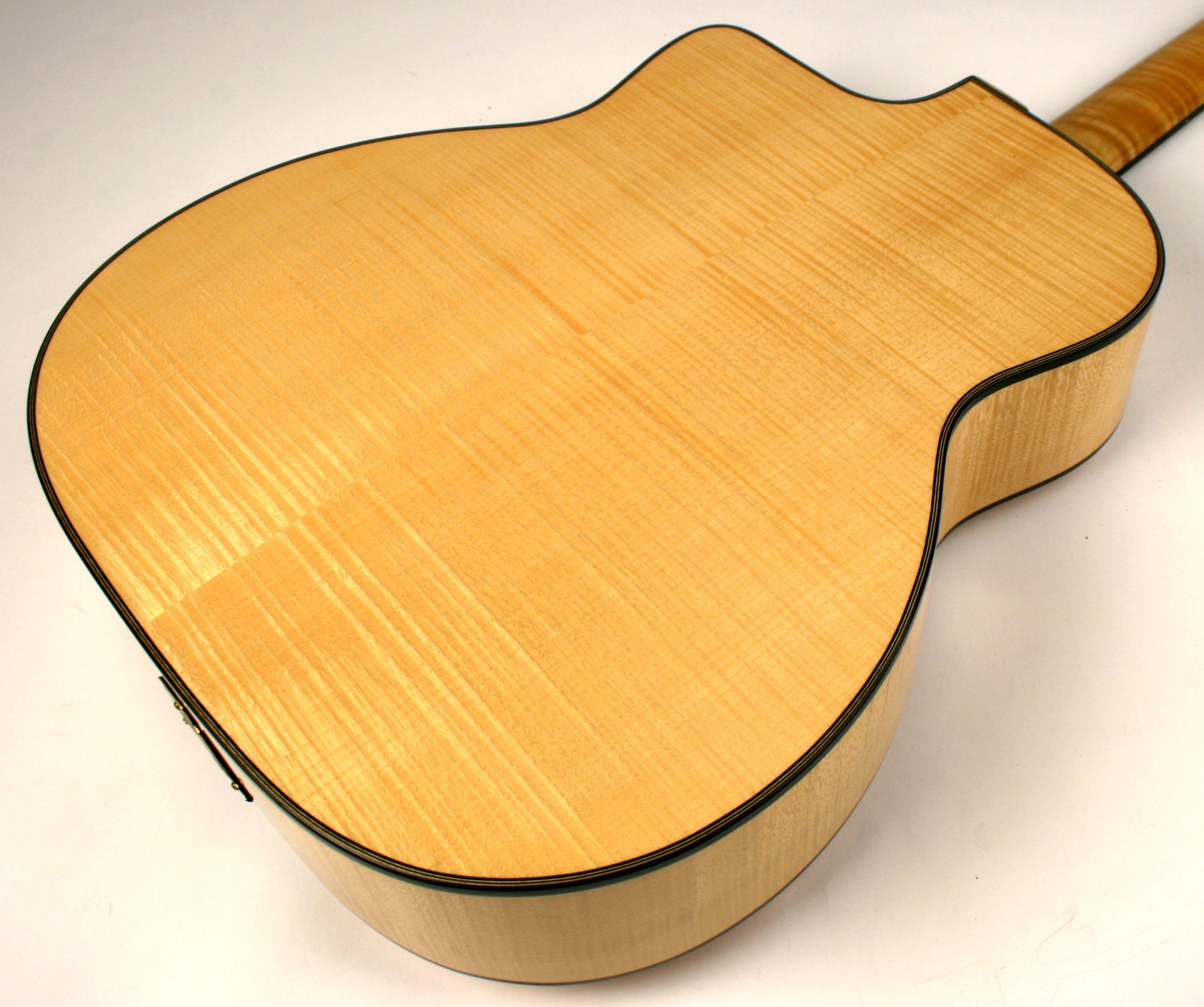 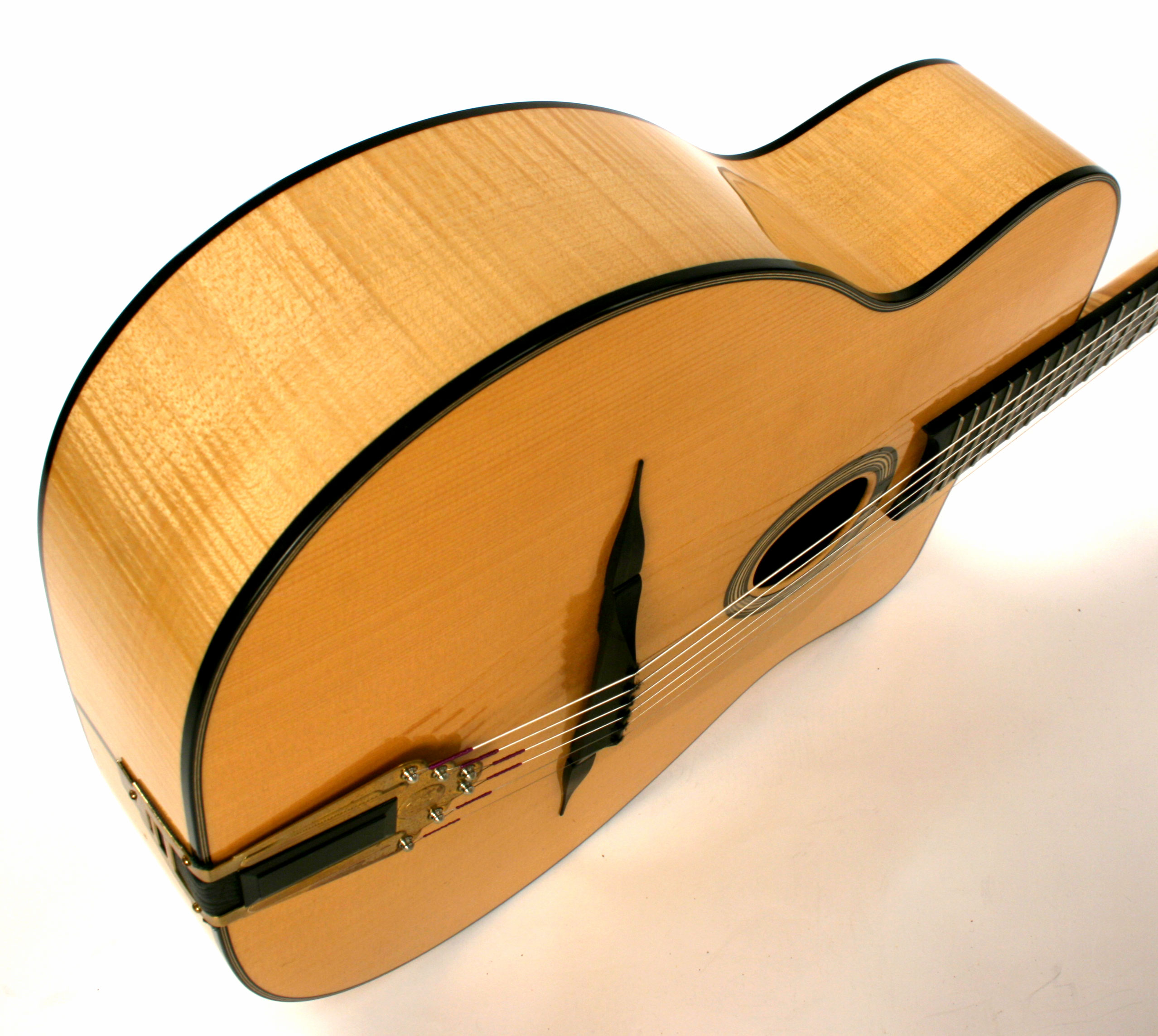 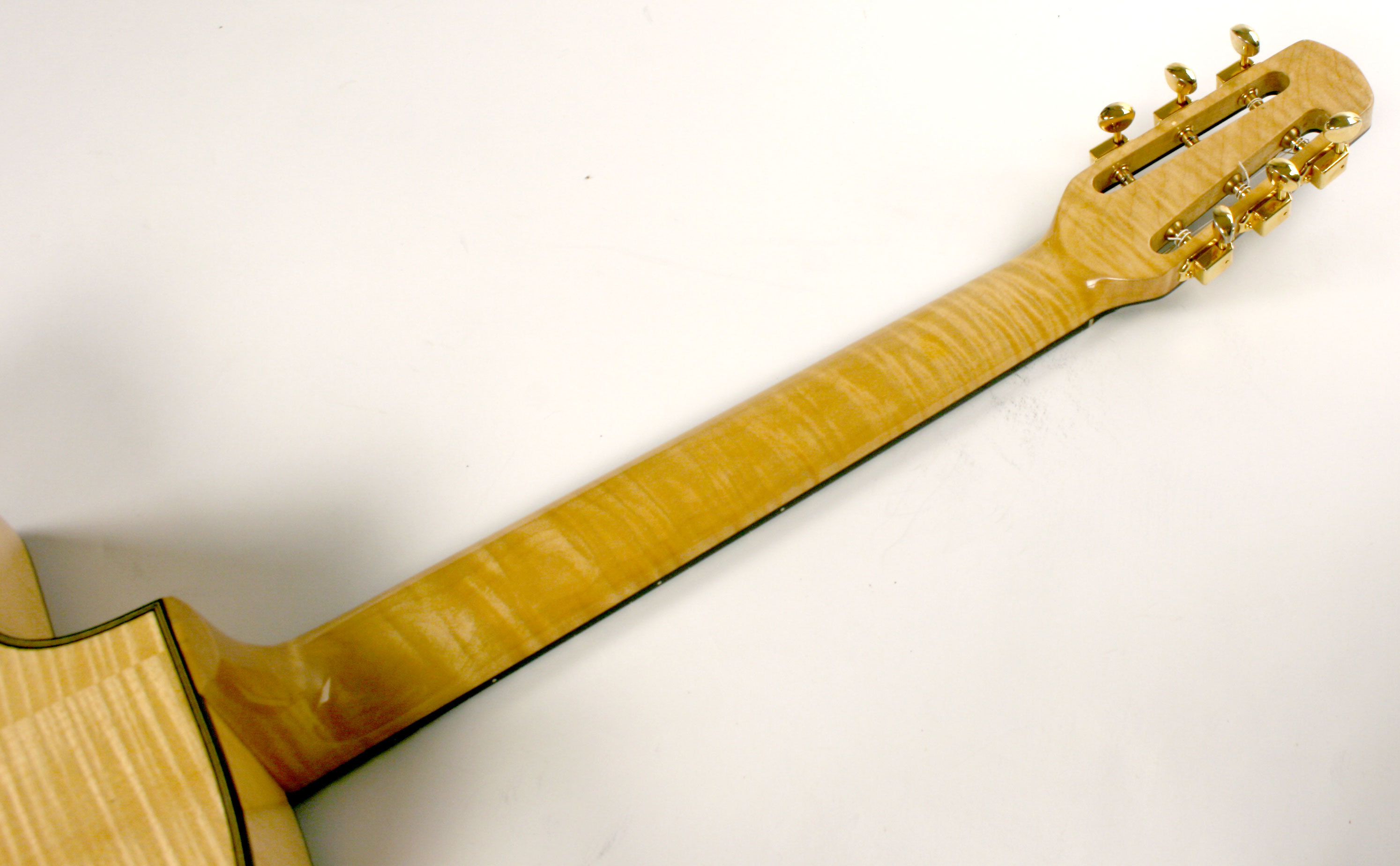 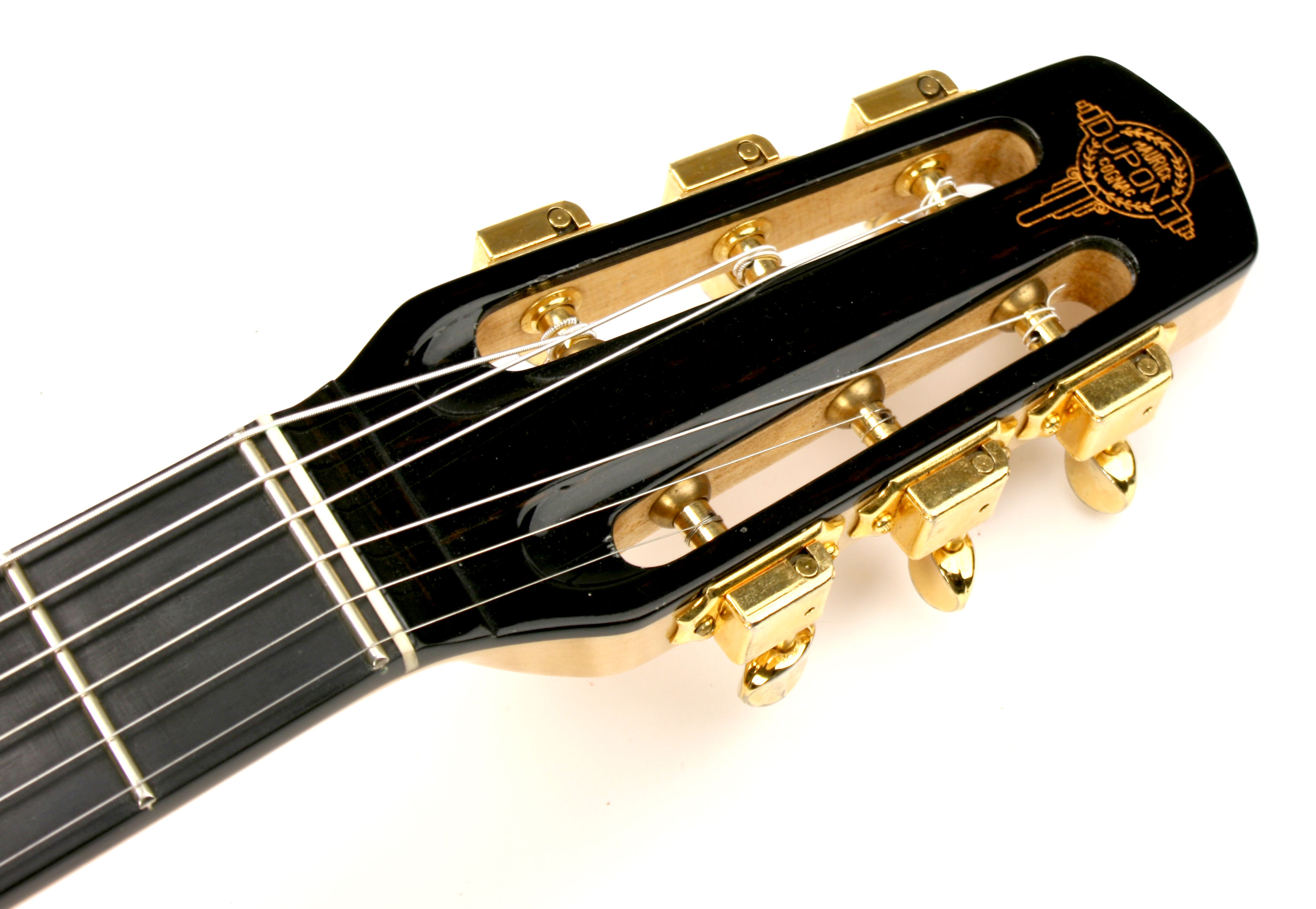 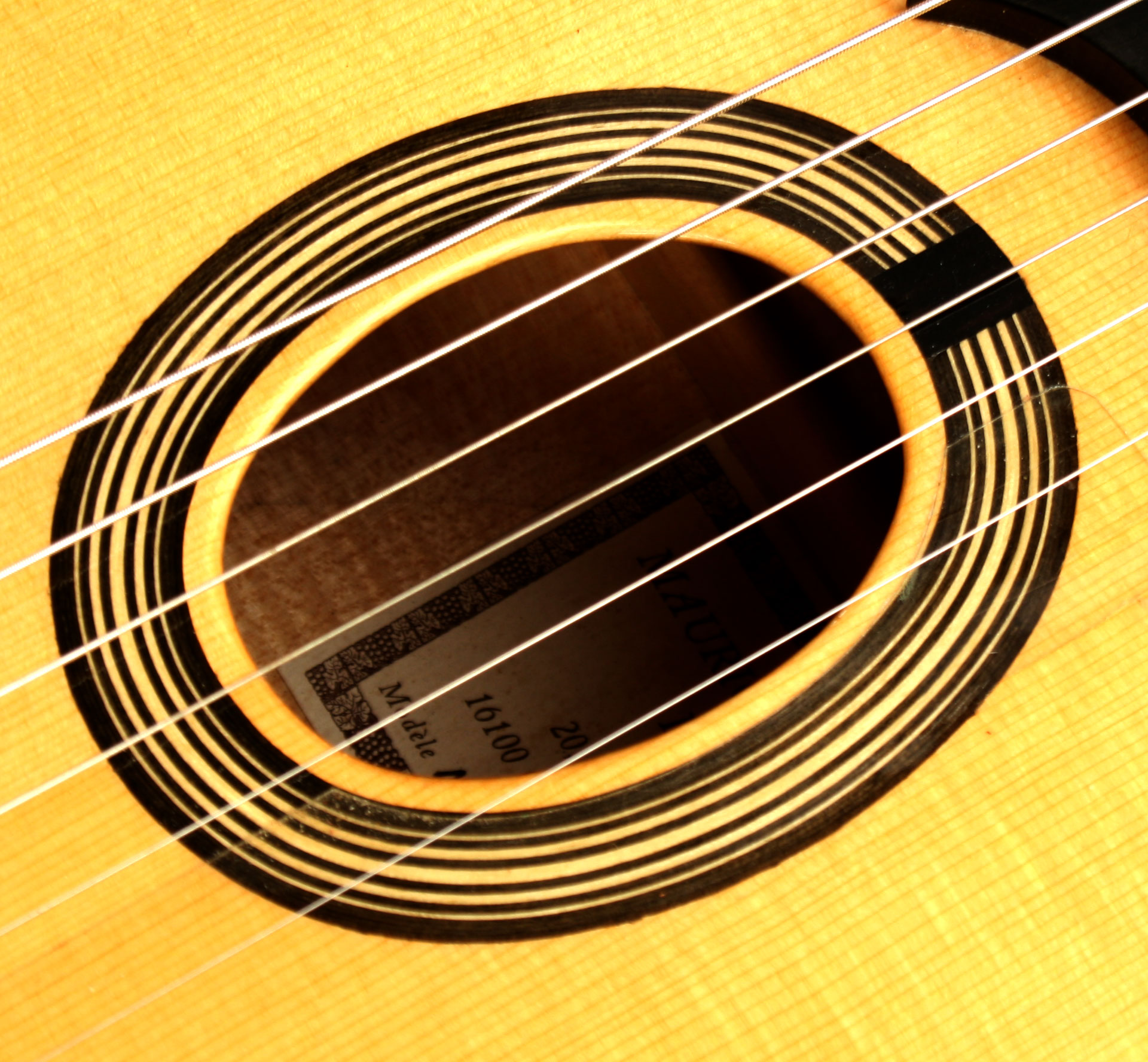 Follow Us Follow Us Follow Us Follow Us
Submit a Review
1995 Dupont MD20
Maurice Dupont has long been one of the most respected luthiers in France and one of the first contemporary makers to specialize in producing the Selmer Maccaferri guitar. Maurice first gained recognition as a builder of classical guitars and in 1989 was bestowed with the honor of "Best French Craftsman." Maurice was an apprentice of the legendary Gypsy guitar maker Jacques Favino, and in 1986 he began building his own Selmer style guitars which quickly became the most popular choice of professional Gypsy guitarists. Countless Gypsy stars including Raphael Fays, Biréli Lagrčne, Tchavolo Schmitt, and Romane have played Dupont guitars which appear on hundreds of recordings.

This wonderful guitar was built in Dupont's early days when he was just making a name for himself, building each guitar himself. These older models have gained a reputation as being from Dupont's "Golden Period" and have become highly coveted among those looking for the ultimate Dupont. This MD20 model features SOLID flamed maple back and sides. Very few of these have been made and are easily one of Dupont's rarest models. A new one would cost $5750 new, so this guitar is a bargain.

Dupont guitars are generally known for their highend sparkle, dry tone, and cutting power. This MD20 posses those qualities in abundance and is easily among one of the best Dupont's I've come across over the years. The highend really sings, producing lead lines that are clear, crisp, and defined. This instrument is also exceptionally loud and resonant which will insure it doesn't get lost in noisy jam situations.

Overall the guitar is in very good condition. The frets are new and the body just has a few small dings and scratches. There is one top crack close to the soundhole that was repaired. The hardware is all original.

This instrument has exceptionally low 2.4mm action! It's a great choice for someone looking for an easy playing instrument that still has a lot of punch and power.