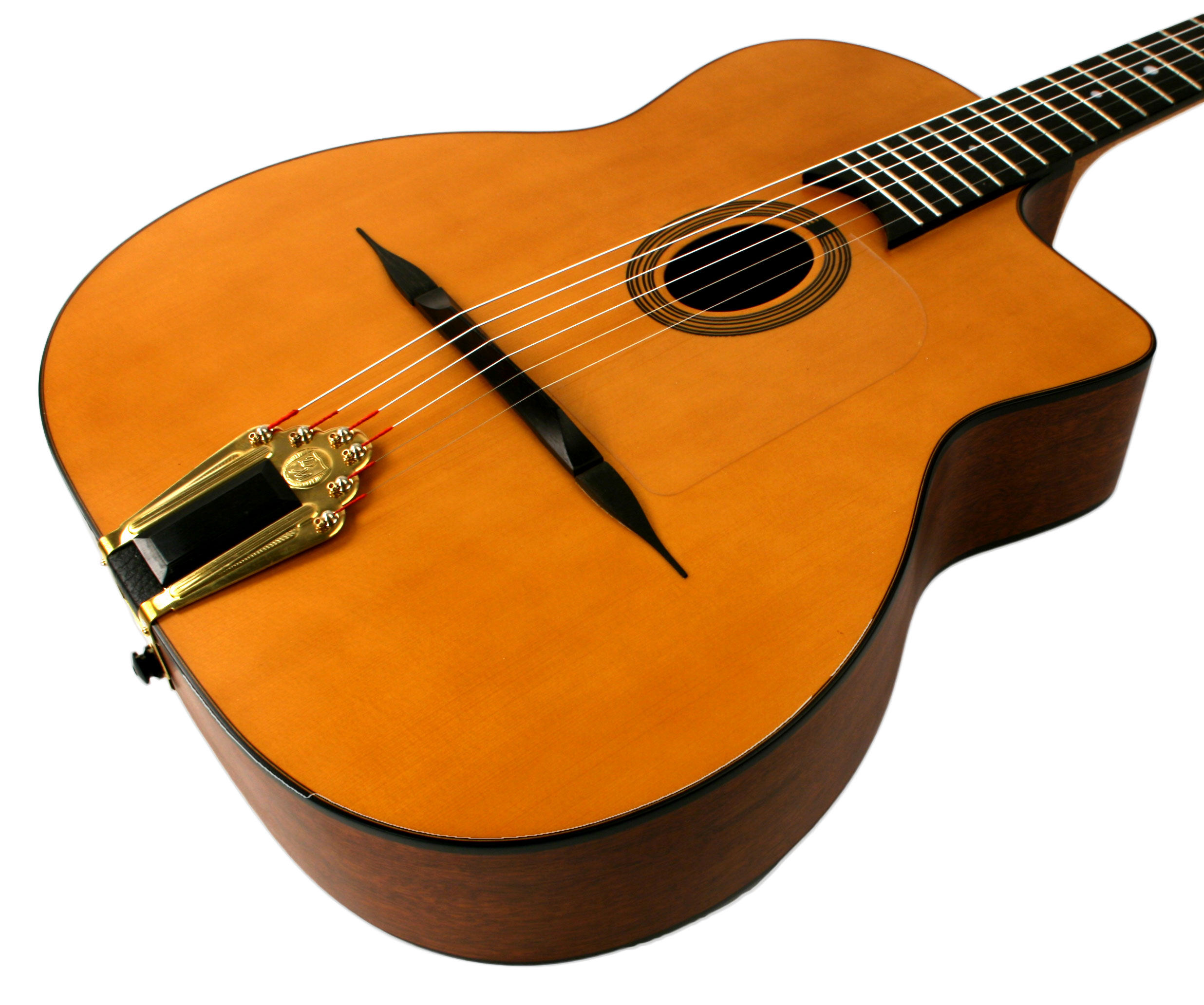 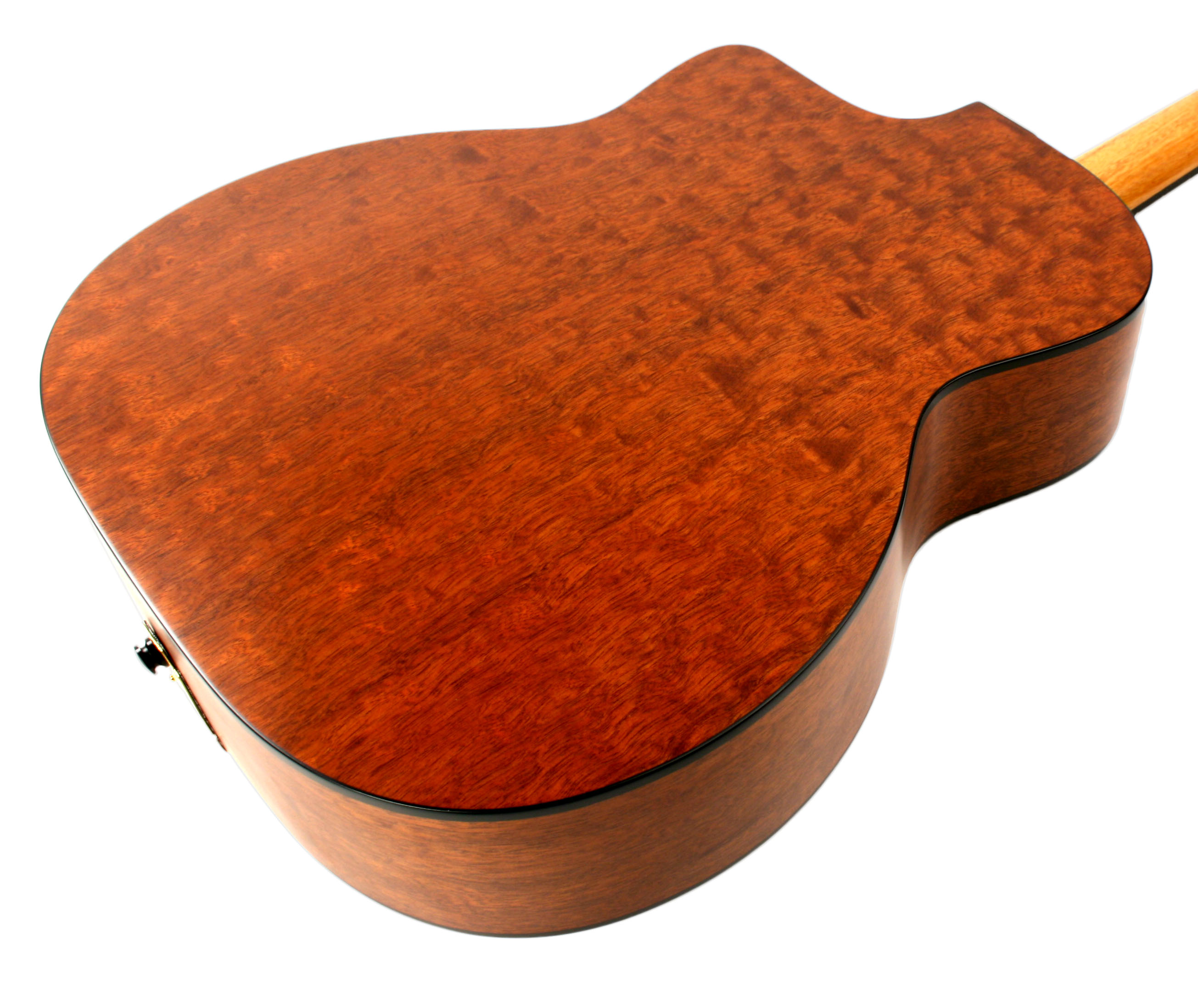 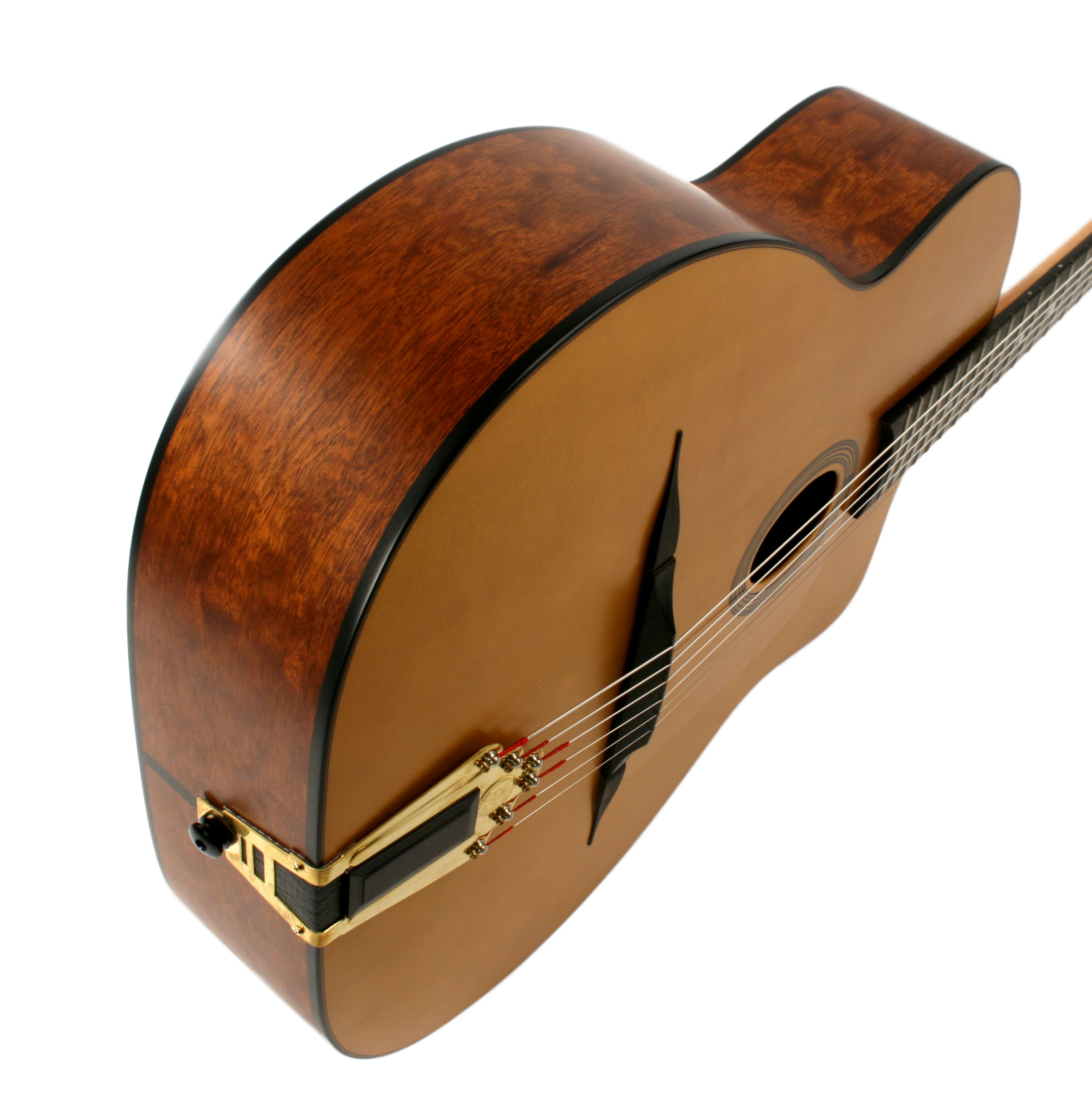 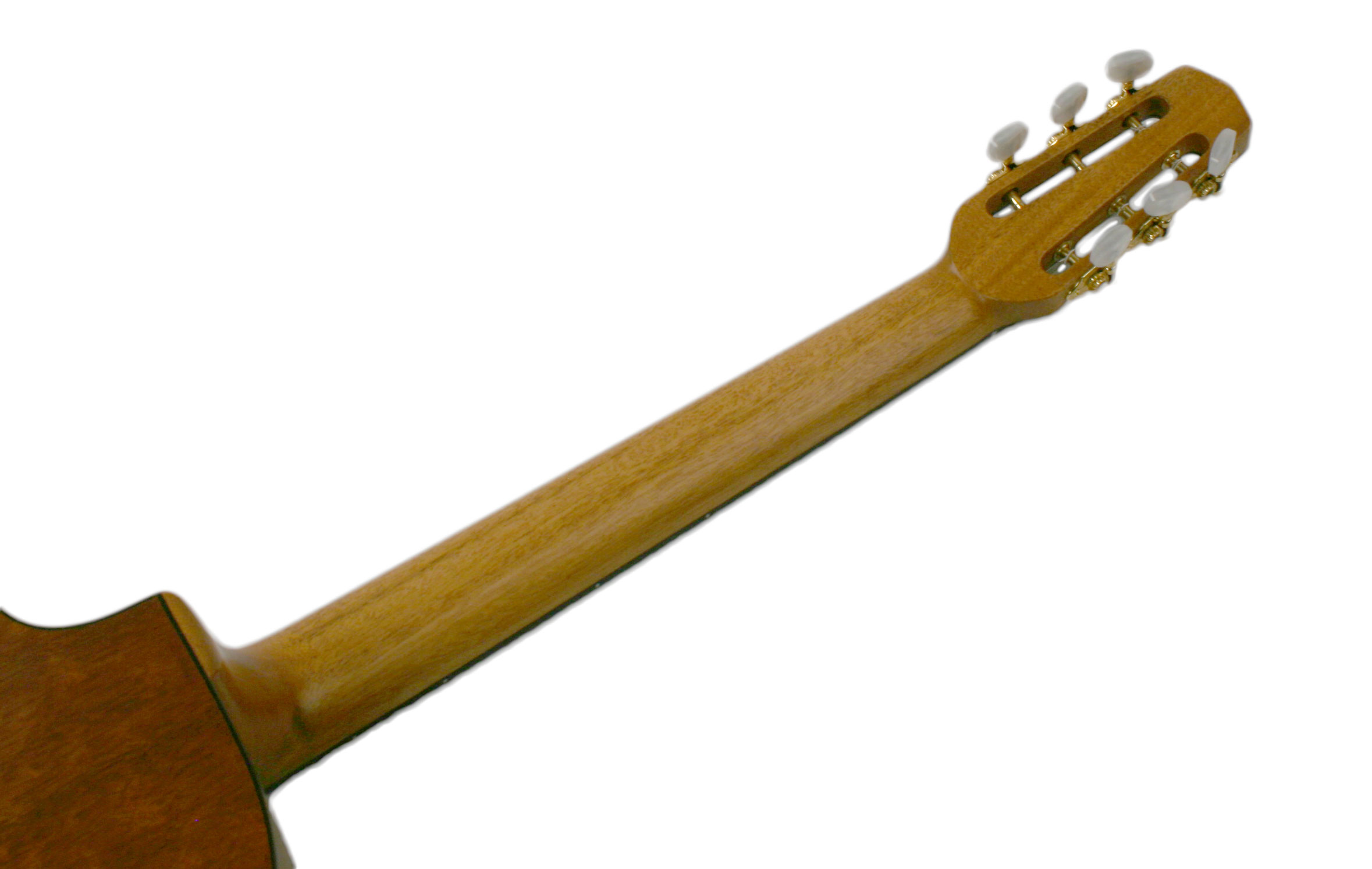 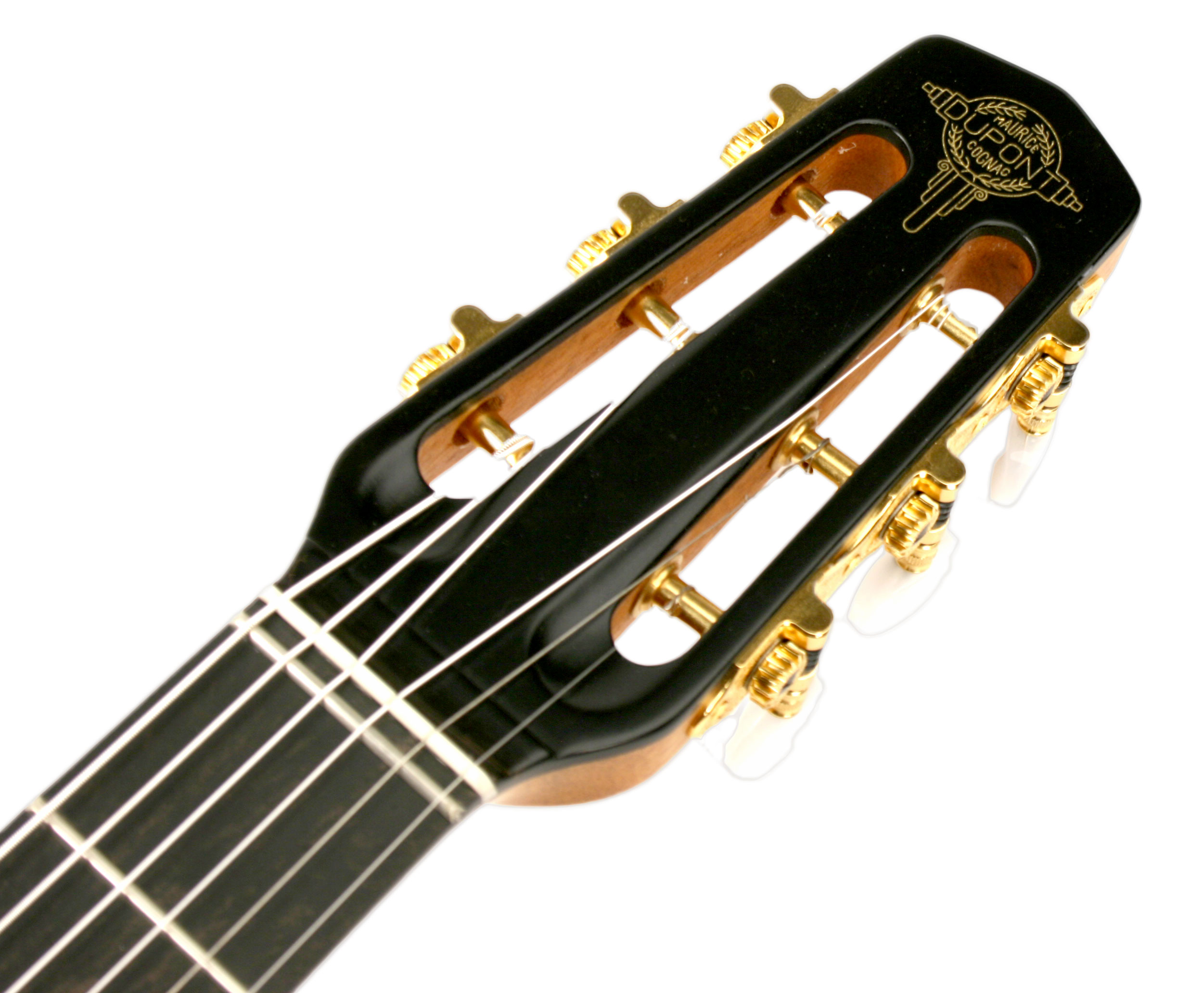 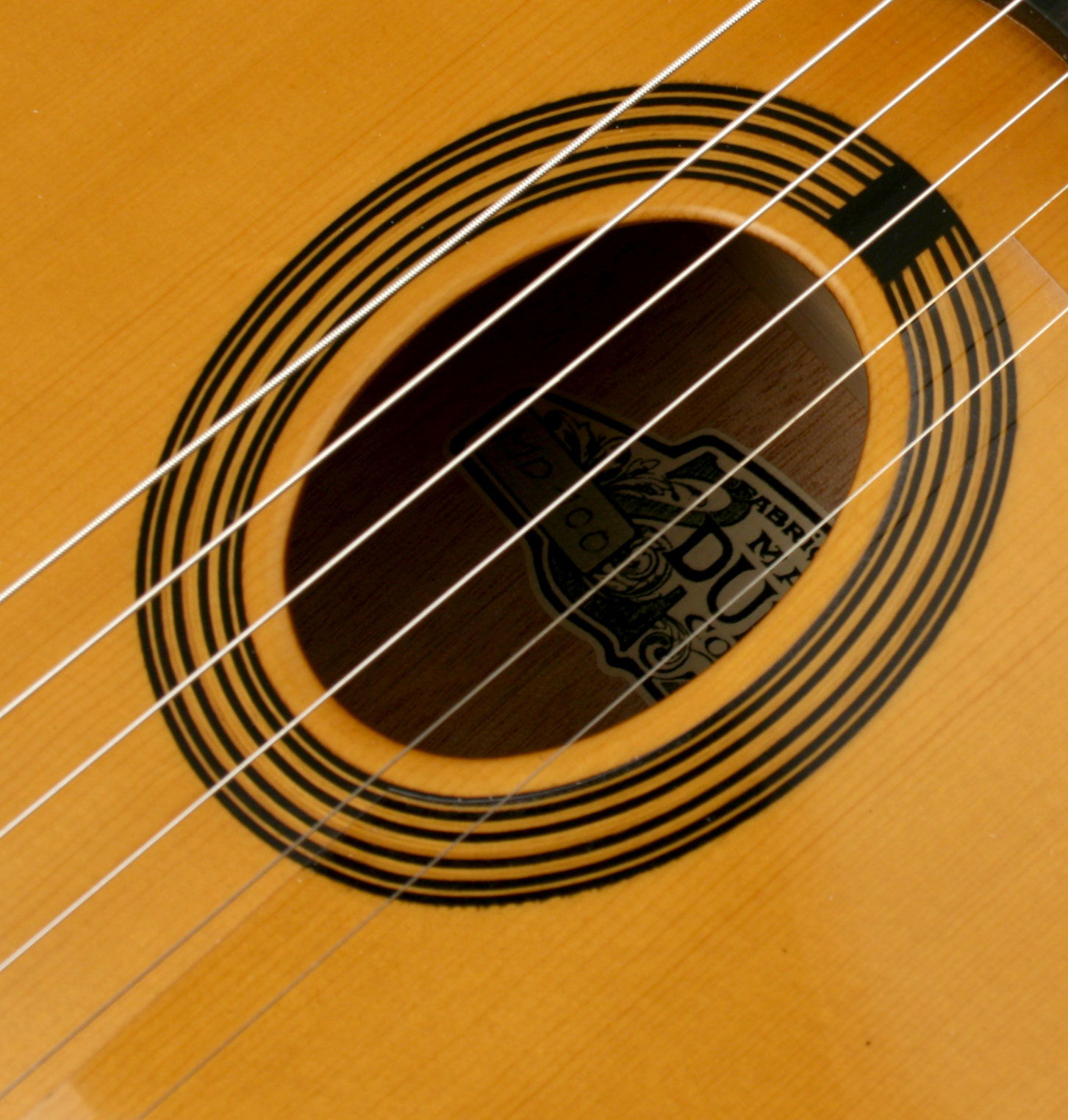 Dupont's Gypsy models are built entirely in Cognac, France by master luthier Patrick Redureau (since1994)  under the supervision of Maurice Dupont. The collective experience of the Dupont team along with Maurice's stock of well aged, select tonewoods yields instruments of unsurpassed tone and playability.

The MD100 is the sapele version of Dupont's best selling MD50 model. The basic guitar is the same as the MD50, with the only differences being a satin finish and the wood choices: French spruce top, beautiful quilted sapele back and sides, and a mahogany neck.