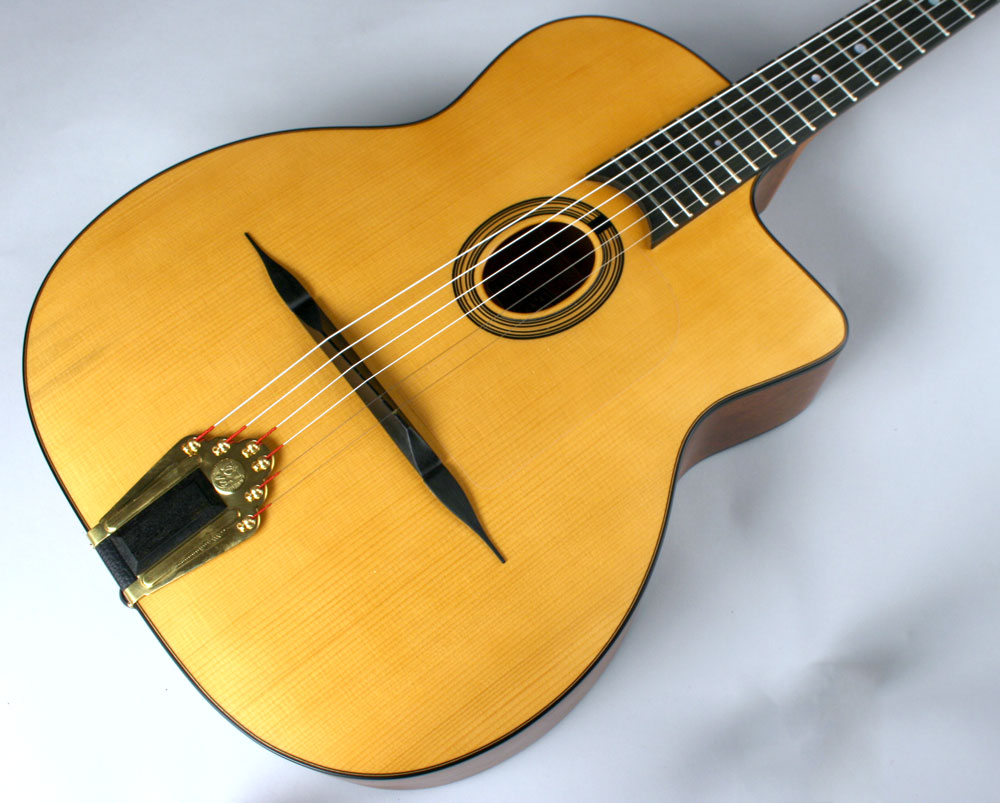 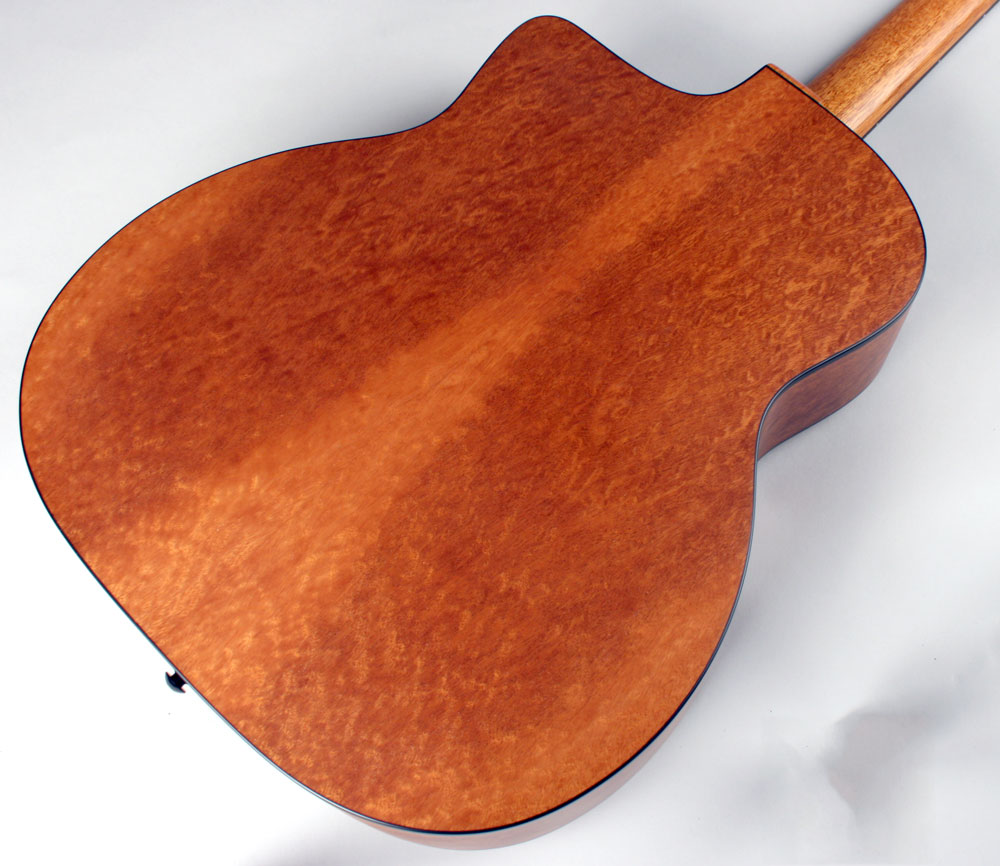 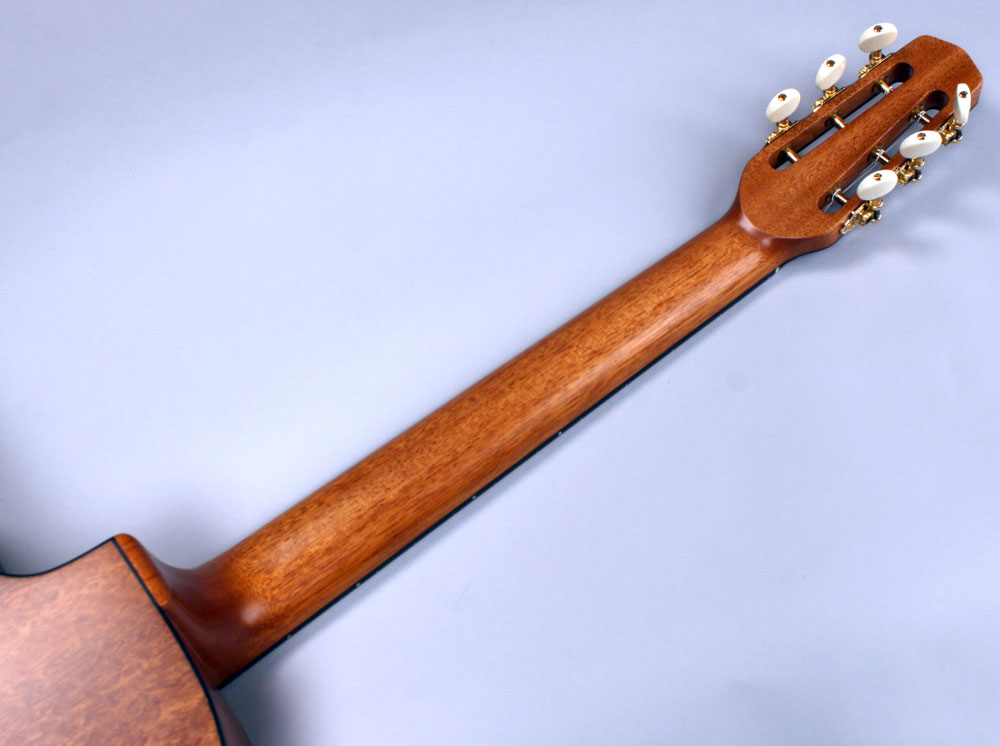 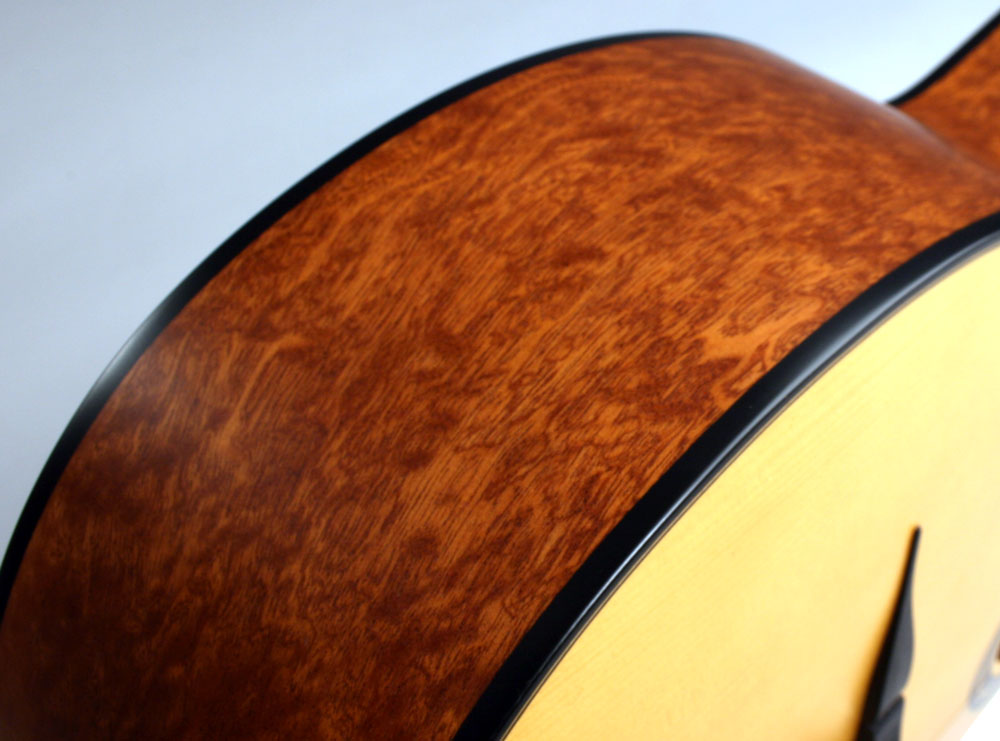 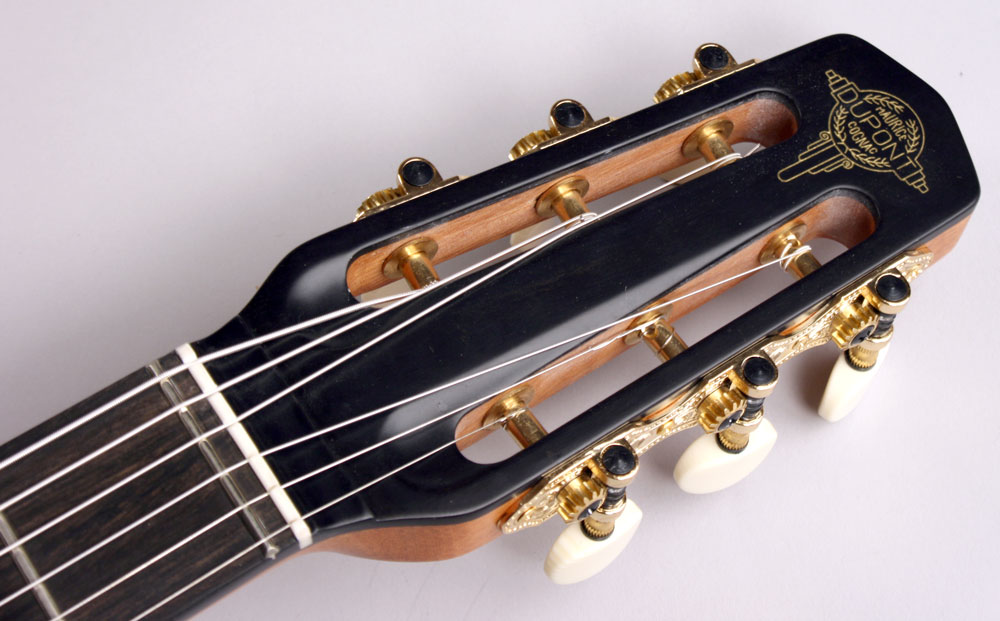 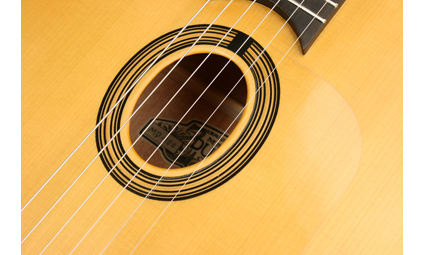 The MD100 is an affordable version of Dupont's best selling MD50 model. The basic guitar is the same as the MD50, with the only differences being a satin finish and the more affordable woods choices: French spruce top, beautiful quilted mahogany back and sides, and a mahogany neck. The mahogany on the back is exquisite, featuring a stunning sapwood "stripe" down the middle of the already beautifully quilted figure.

This example has a very clear and direct tone, with excellent highs and loads of volume. It's astounding Maurice can build a guitar in this price range with the looks, playability and sound that this guitar possess. Best bang for the buck!