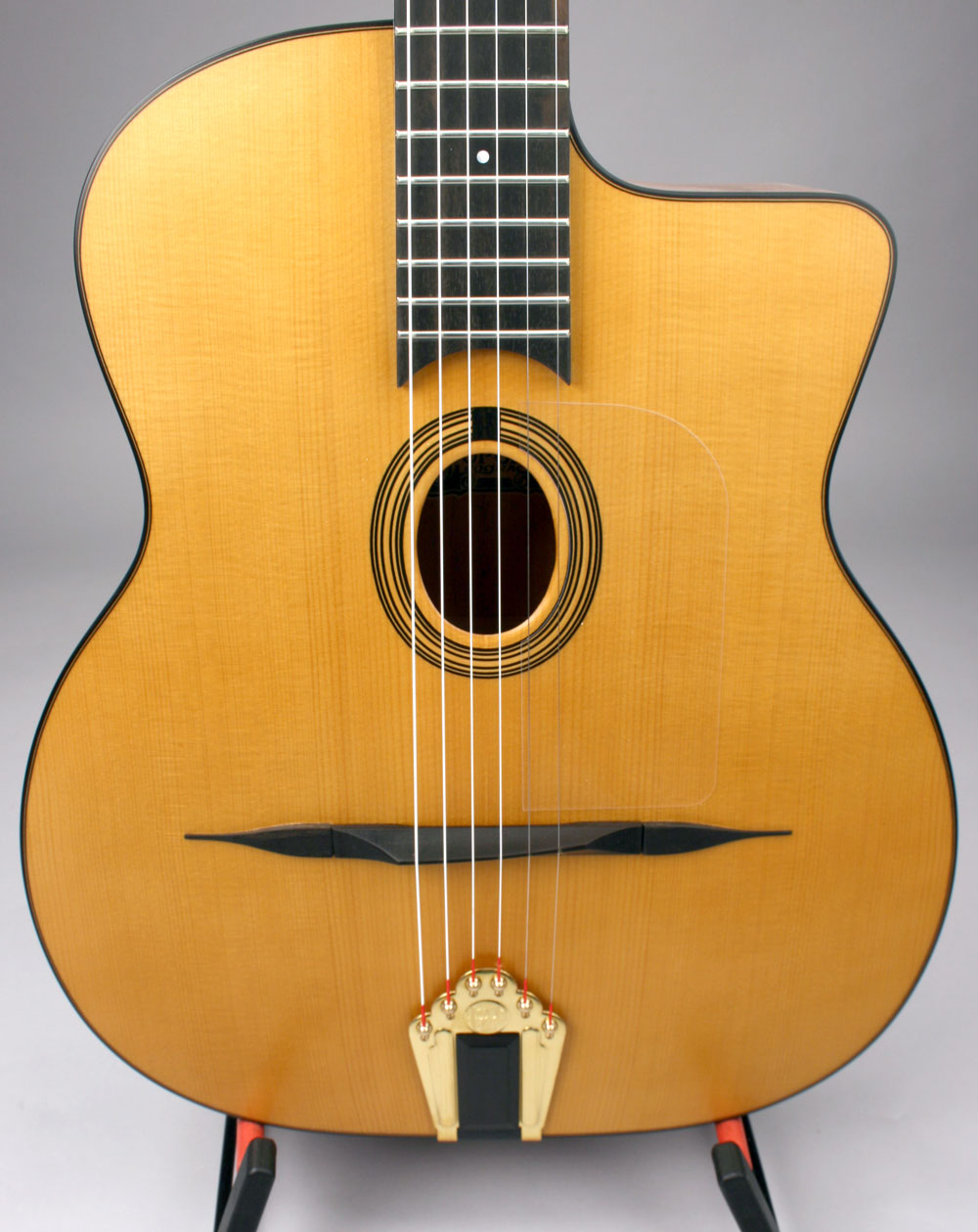 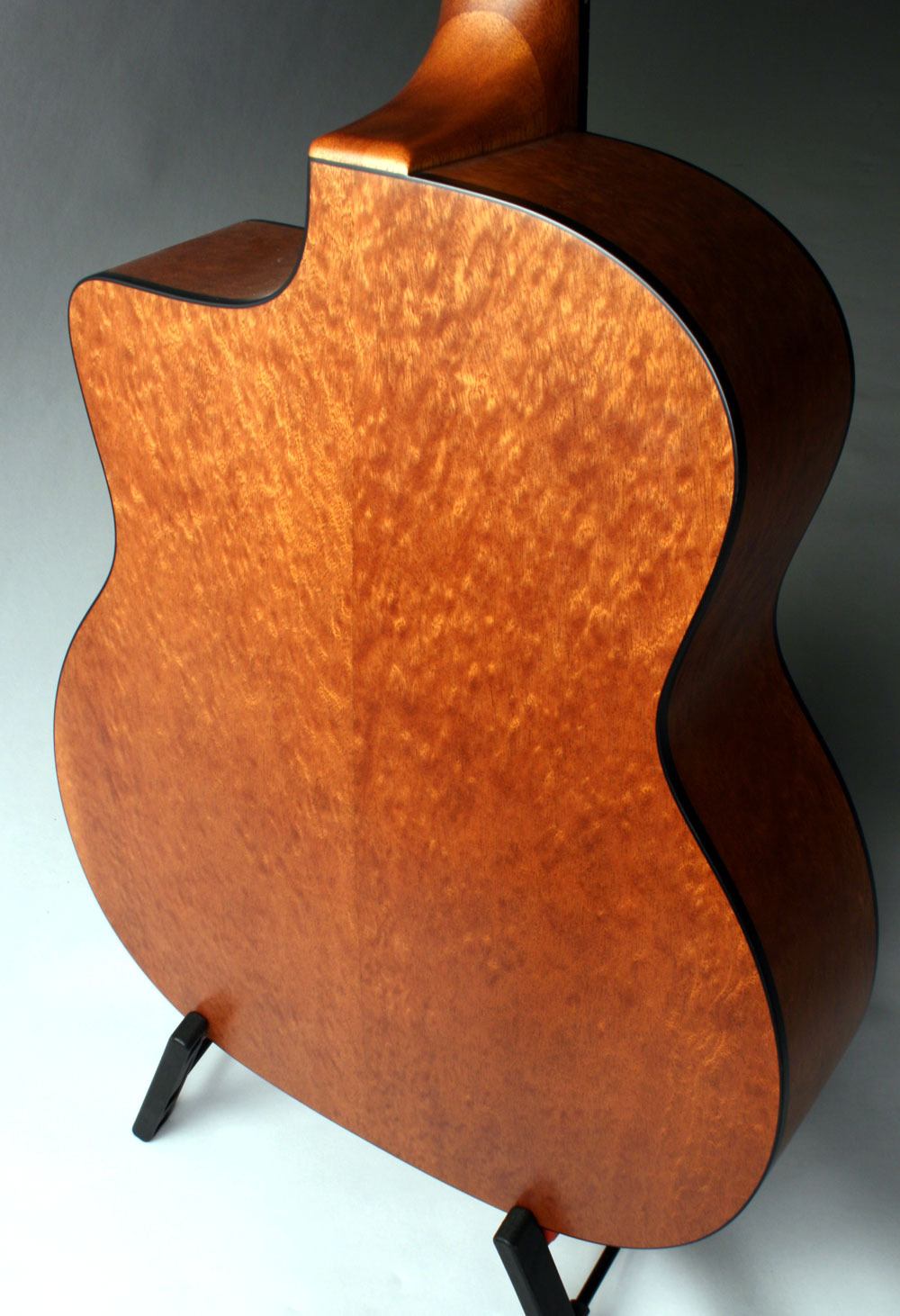 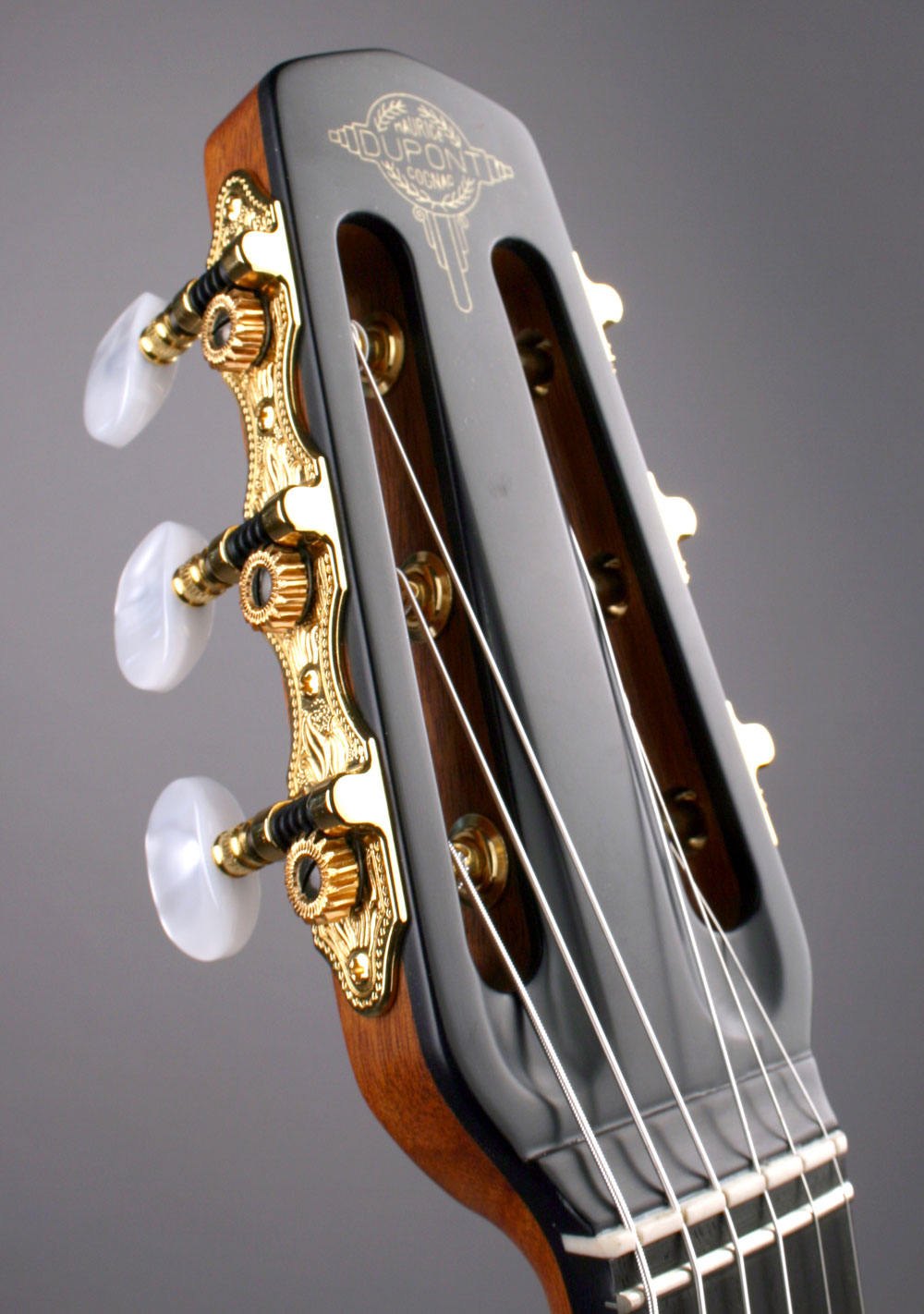 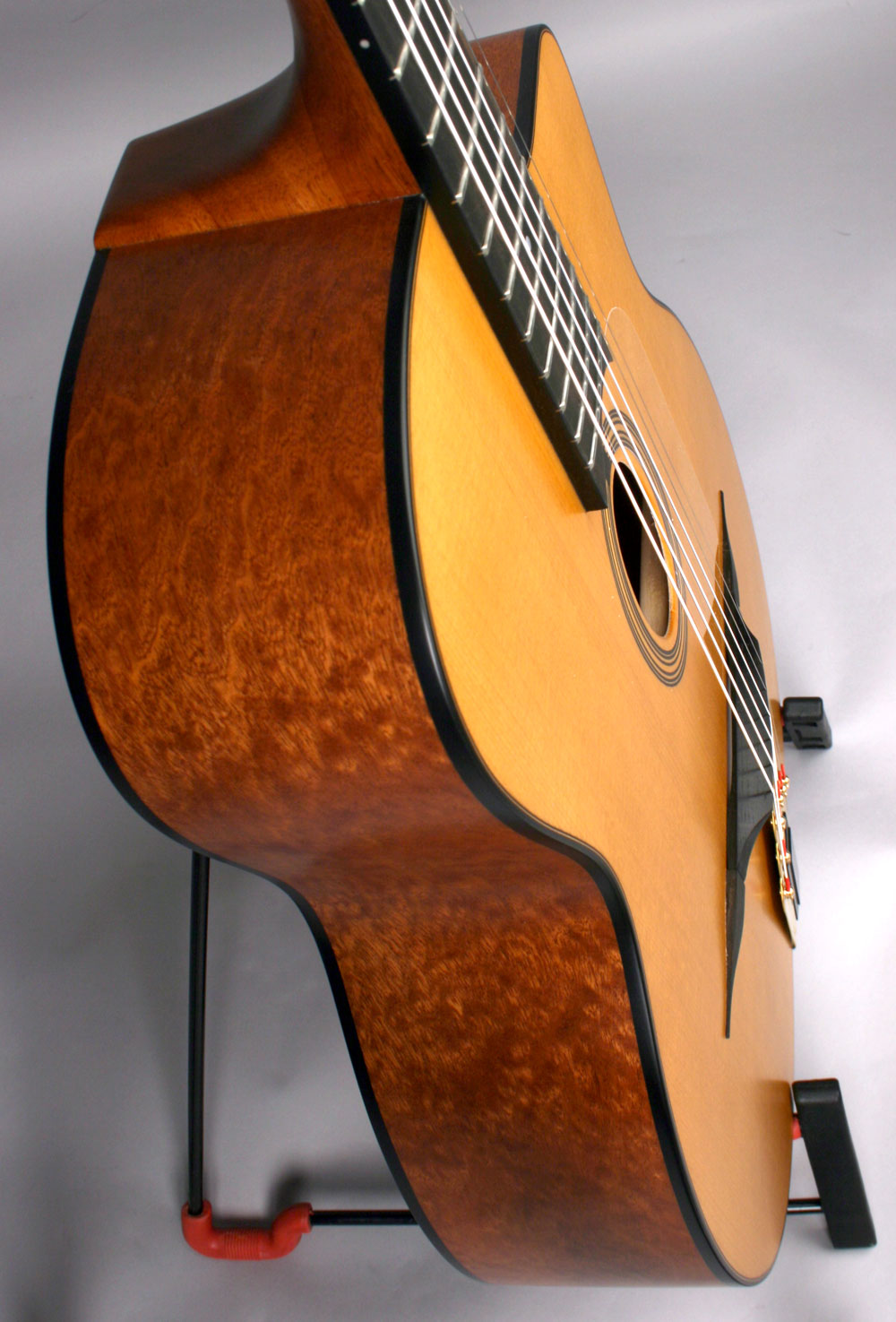 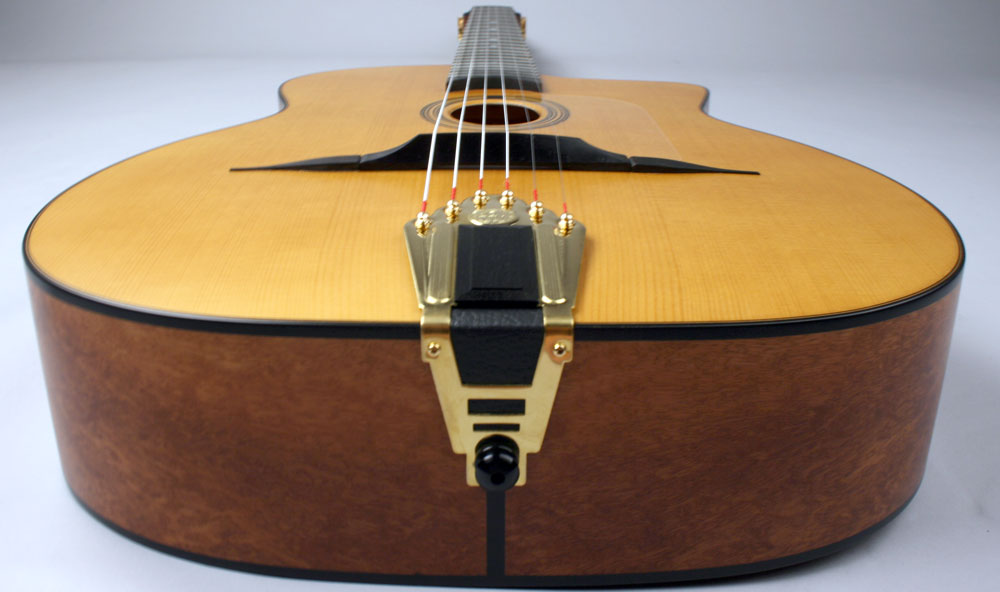 The MD100 is an affordable version of Dupont's best selling MD50 model. The basic guitar is the same as the MD50, with the only differences being a satin finish and the more affordable woods choices: French spruce top, beautiful quilted mahogany back and sides, and a mahogany neck. I've never had an MD100 with such gorgeous figure, some Maurice's best wood!

The sound of this example is particularly well balanced. Generally mahogany is a bit brighter and "simpler" in tone than rosewood. Surprisingly, this instrument has the balance and roundness of tone you'd expect of some of the finest rosewood guitars. Wonderfully warm and satisfying with the stunning looks to match!