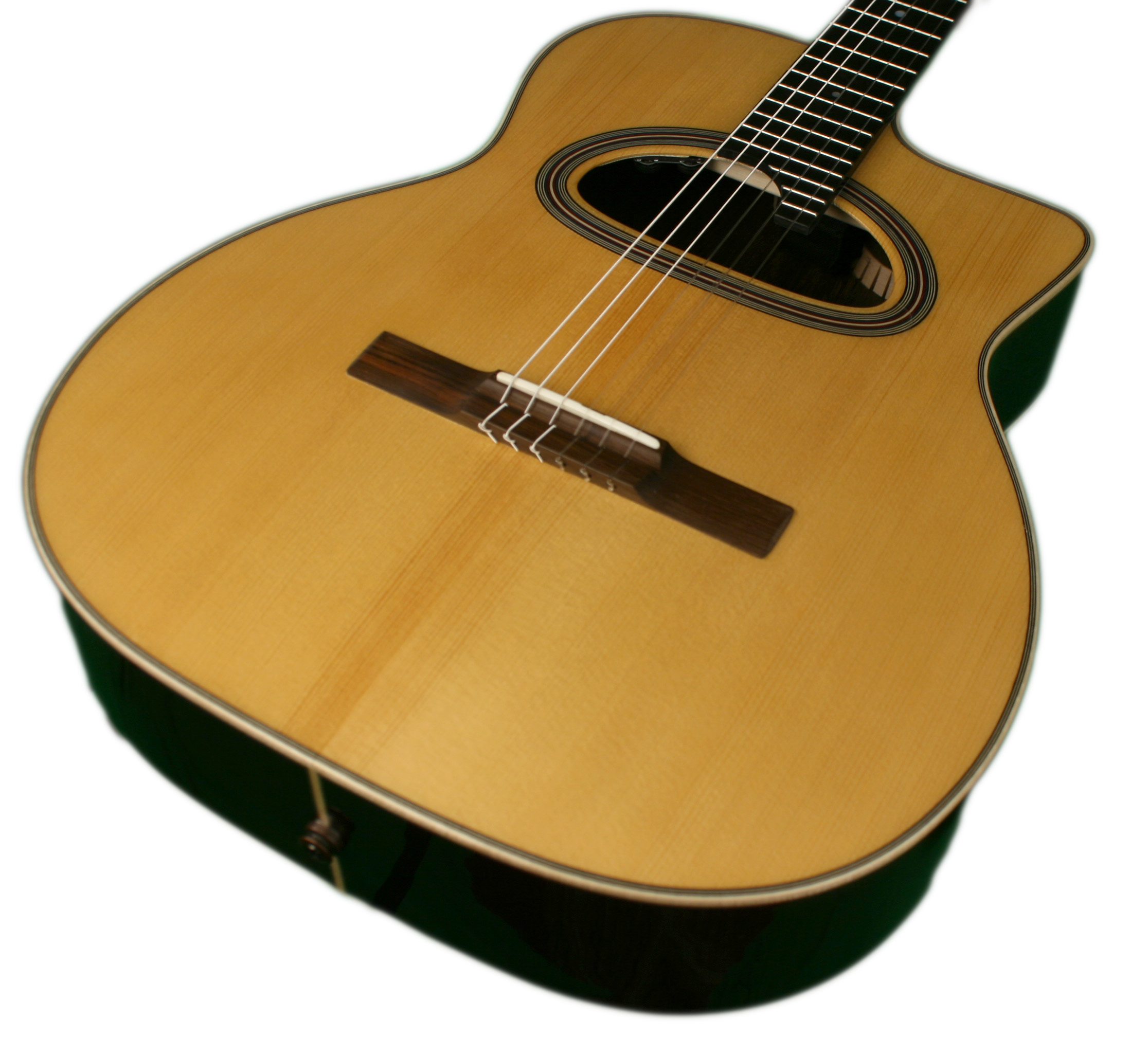 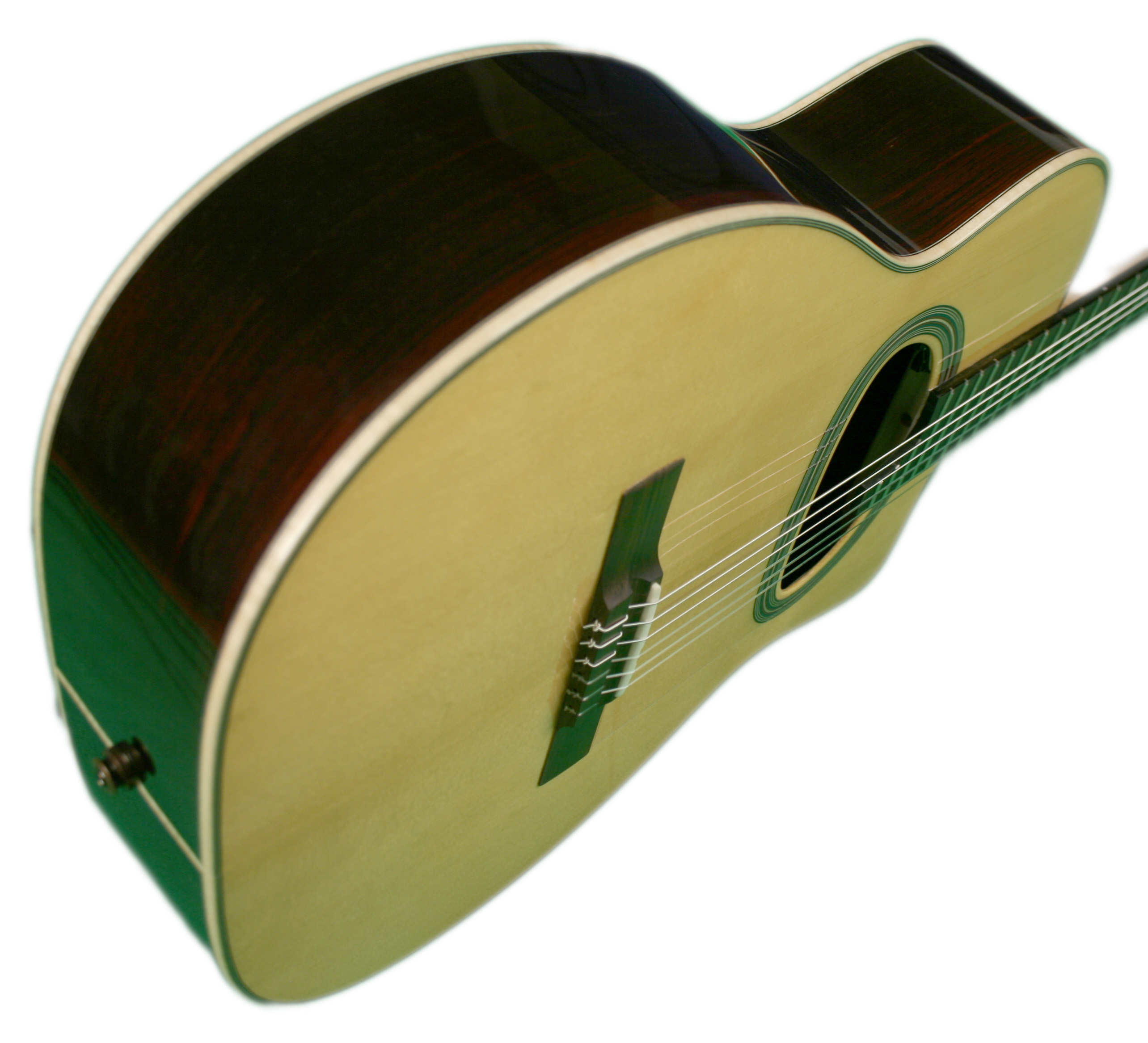 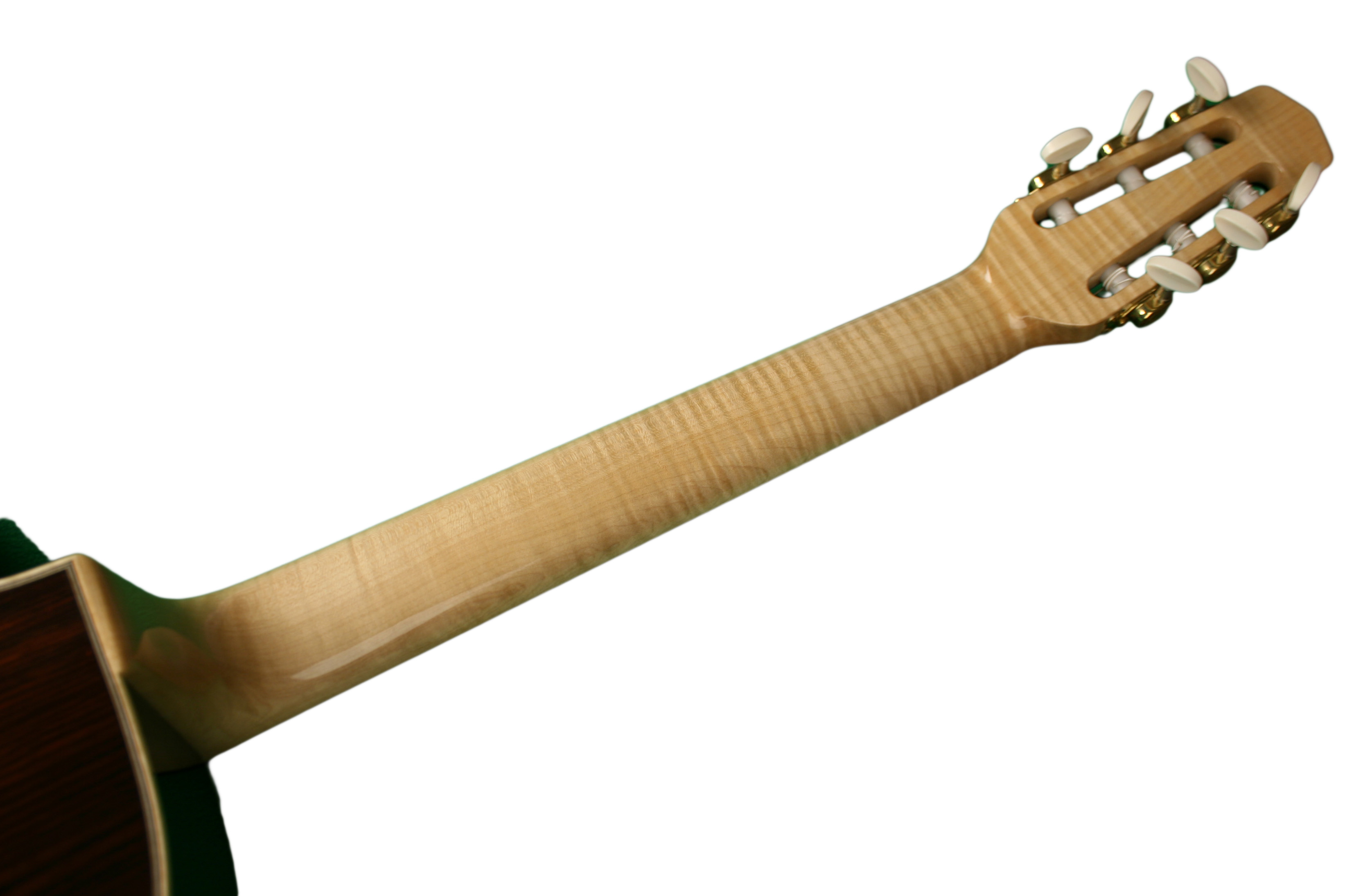 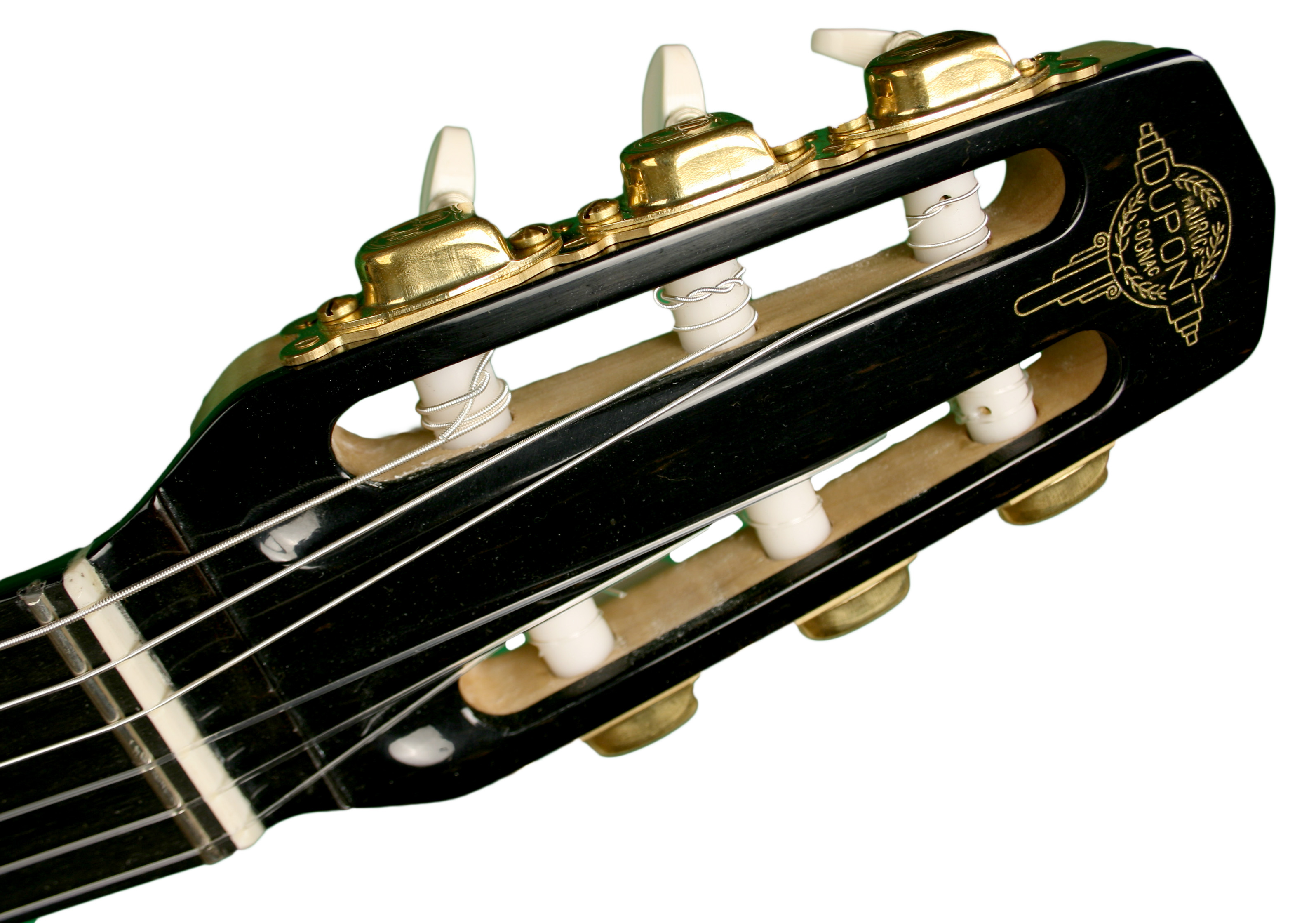 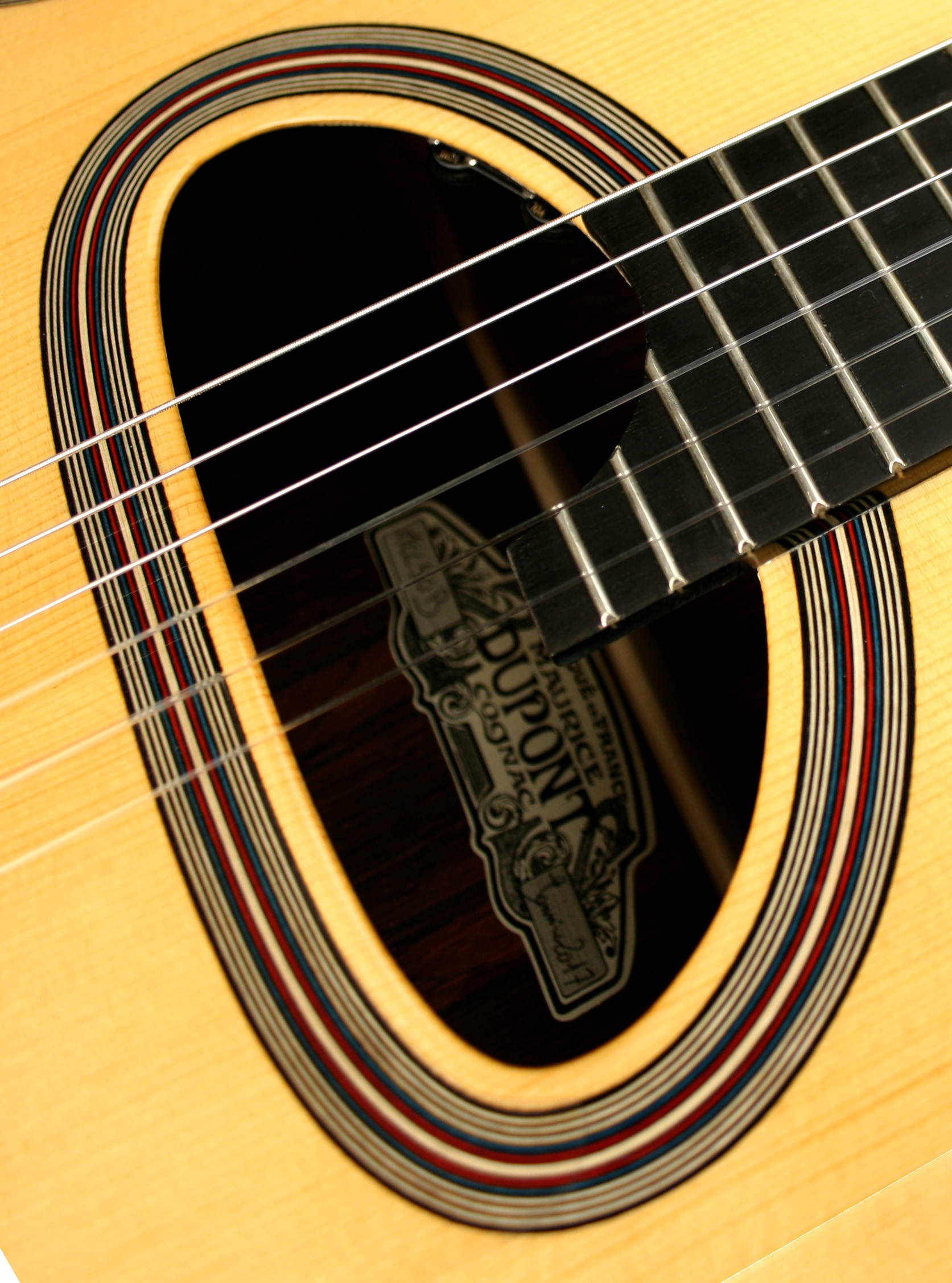 Follow Us Follow Us Follow Us Follow Us
Submit a Review
2017 Dupont MCC50B ***New Prce!!!***
Maurice Dupont has long been one of the most respected luthiers in France and one of the first contemporary makers to specialize in producing the Selmer Maccaferri guitar. Maurice first gained recognition as a builder of classical guitars and in 1989 was bestowed with the honor of "Best French Craftsman." Maurice was an apprentice of the legendary Gypsy guitar maker Jacques Favino, and in 1986 he began building his own Selmer style guitars which quickly became the most popular choice of professional Gypsy guitarists. Countless Gypsy stars including Biréli Lagrčne, Sébastien Giniaux, Raphael Fays, Tchavolo Schmitt, and Romane have played Dupont guitars which appear on hundreds of recordings.
Dupont's Gypsy models are built entirely in Cognac, France by master luthier Patrick Redureau (since1994)  under the supervision of Maurice Dupont. The collective experience.of the Dupont team along with Maurice's stock of well aged, select tonewoods yields instruments of unsurpassed tone and playability.

Not many people are aware that the original Selmer Maccaferri guitars were classicals and only later were they adapted for steel string jazz playing. This nylon string model makes it possible to experience the sort of sound and playability that Mario Maccaferri intended. As mentioned previously, Maurice got his start as a classical builder, making him the ideal candidate to realize Maccaferri's original nylon string design.

Strong voiced and rich in tone, this hybrid guitar combines the warm, easy playing feel of a classical guitar with the bark and character of a Gypsy guitar. Numerous Gypsy jazz virtuosos such as Stochelo Rosenberg (Noches Calientes,) Sébastien Giniaux, and Biréli Lagrčne (New York Tango) have used nylon string Gypsy guitars to great effect. Gypsy jazz players will be delighted to find that this instrument makes a fantastic rhythm guitar (many of the original recordings of the Hot Club of France featured a nylon strung Maccaferri guitar on rhythm). The fullness of tone also lends itself to playing solo chord melody pieces, classical, and Latin repertoire.

This instrument was meticulously constructed from some of Maurice's finest woods, including a tight grain, select Alpine spruce top, highly figured Brazilian rosewood back and sides, and a flamed maple neck. The stunning looks of this instrument are enhanced with a handsome set of DM tuners and flamed maple binding.
This instrument is in absolute mint condition, with not even the slightest signs of wear. Here's an opportunity to own something truly special, a nylon string Gypsy guitar!