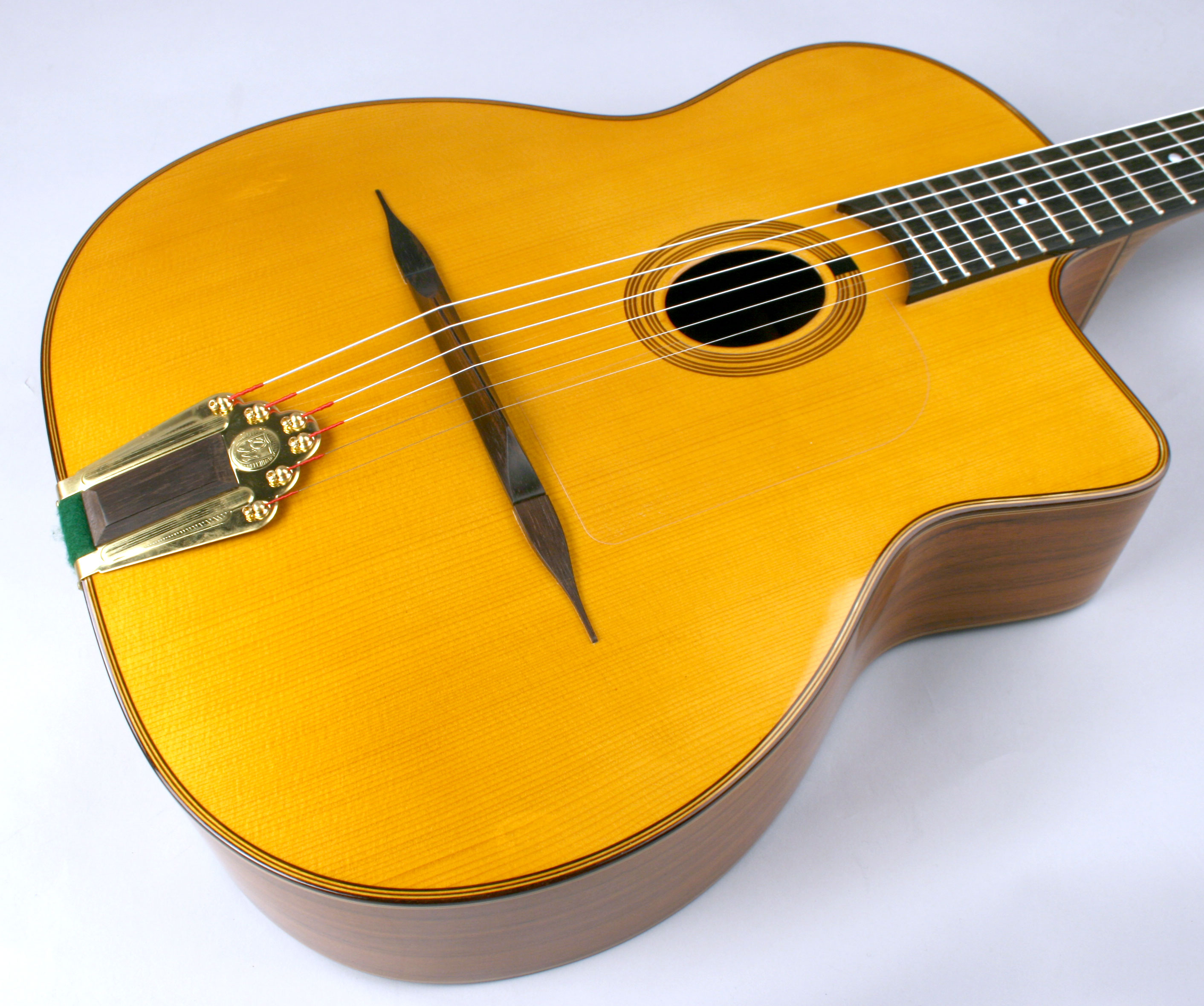 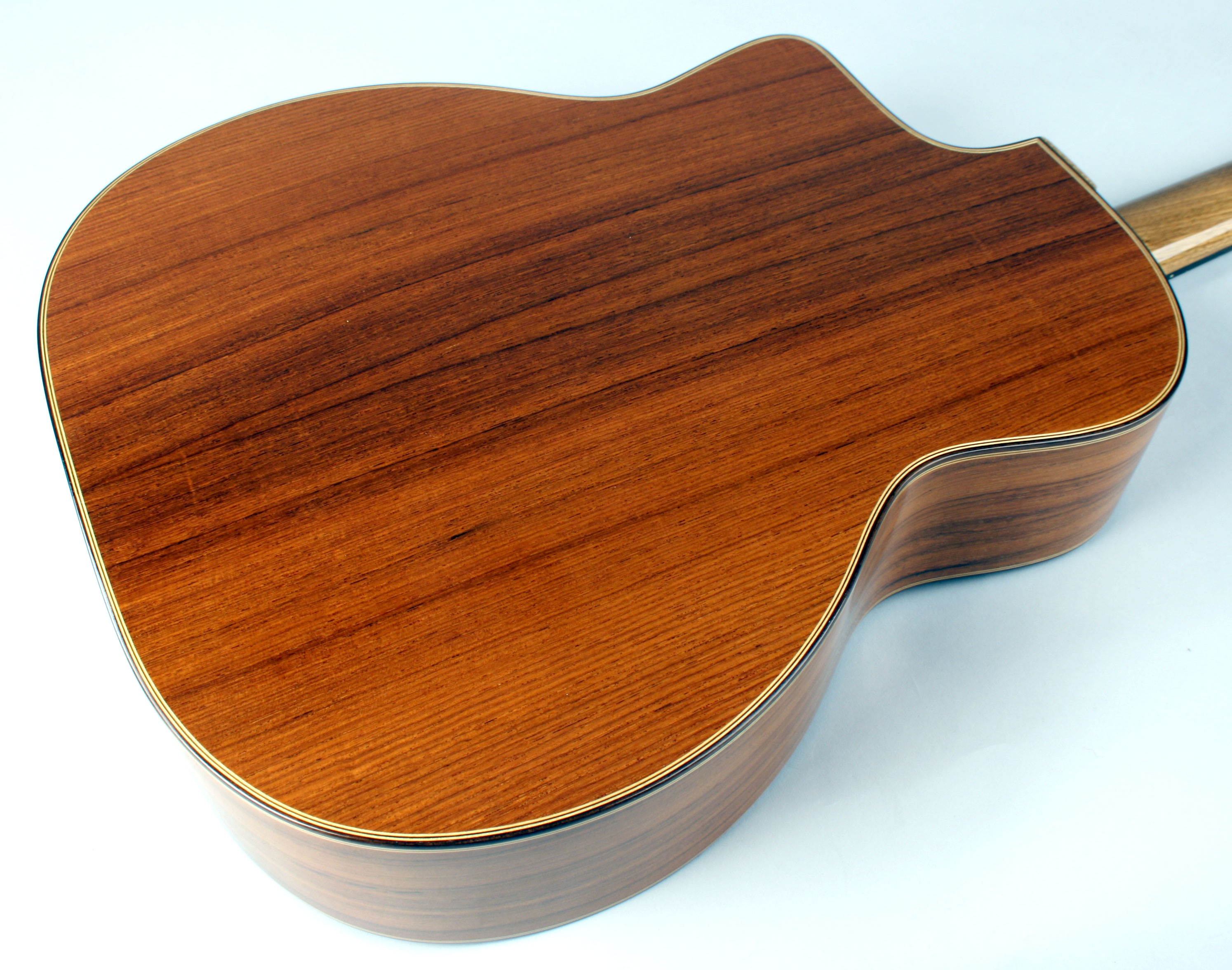 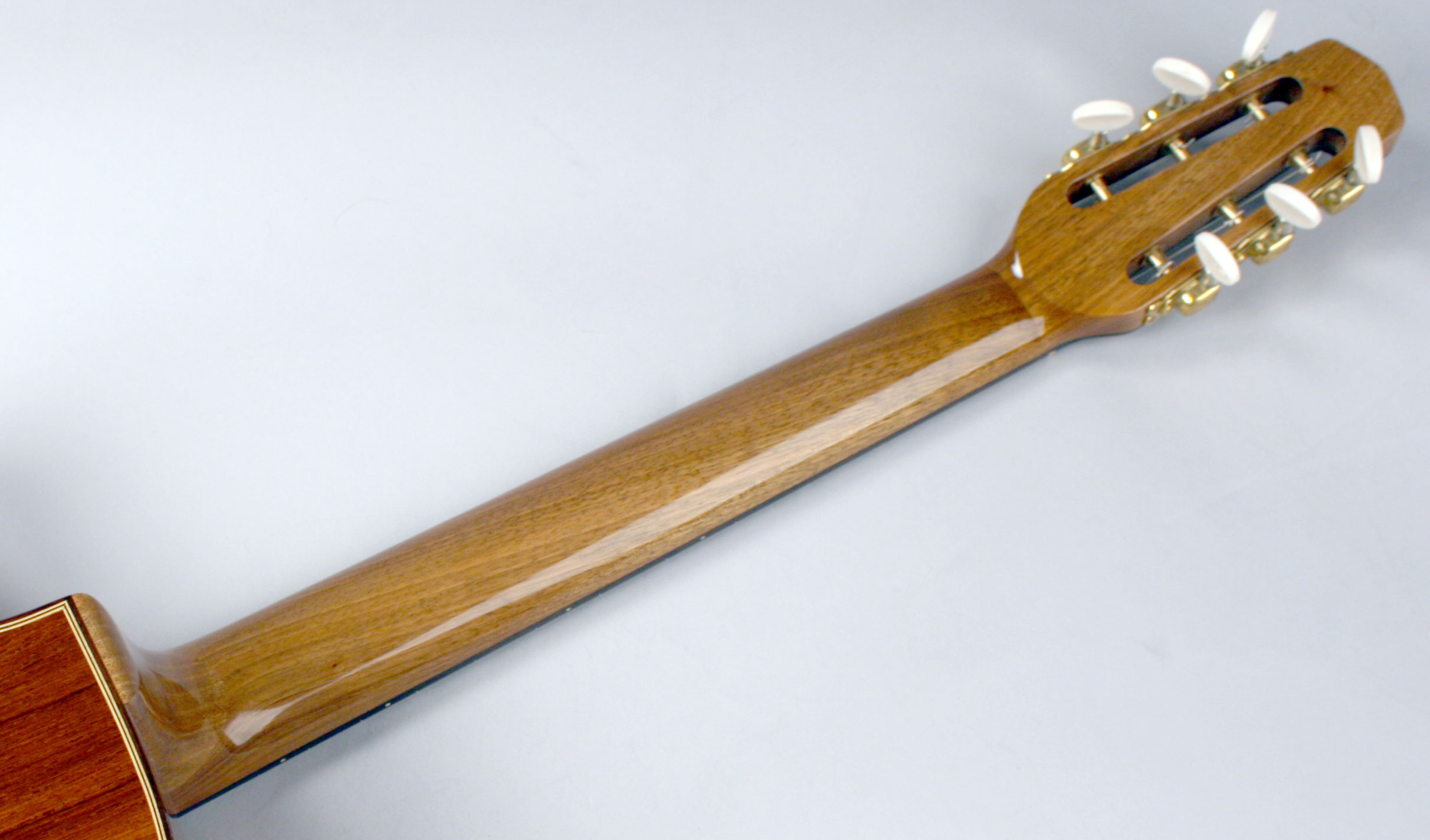 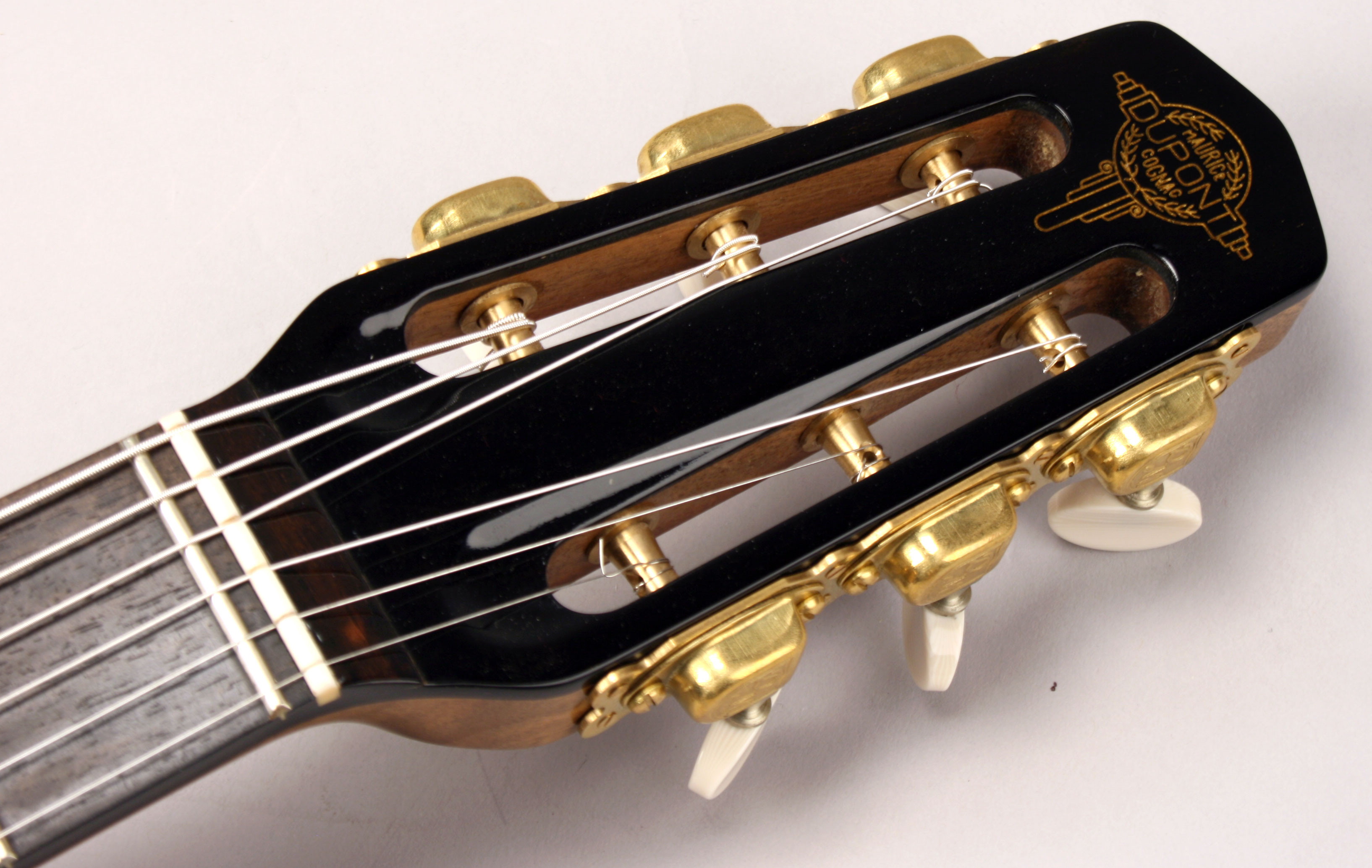 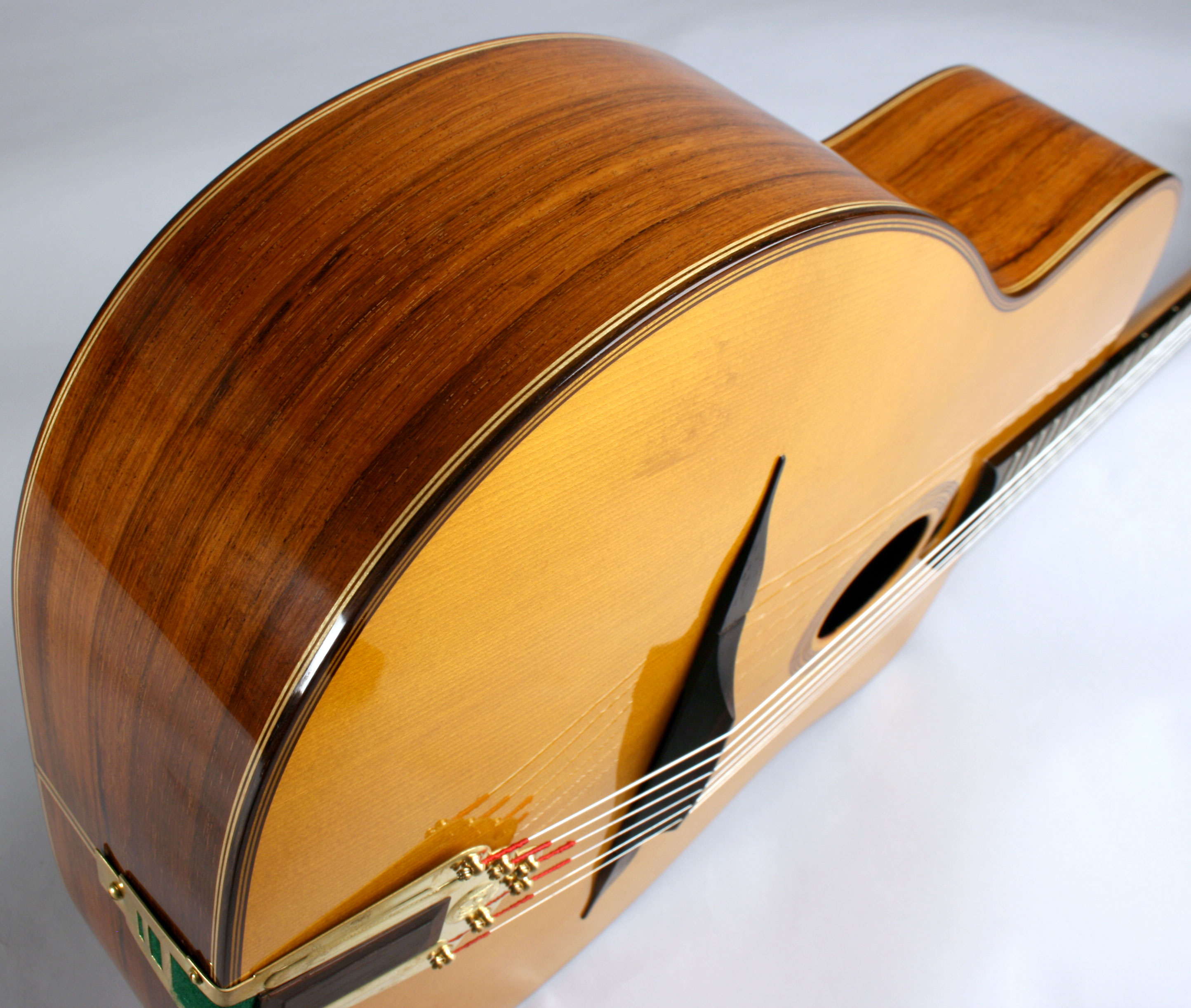 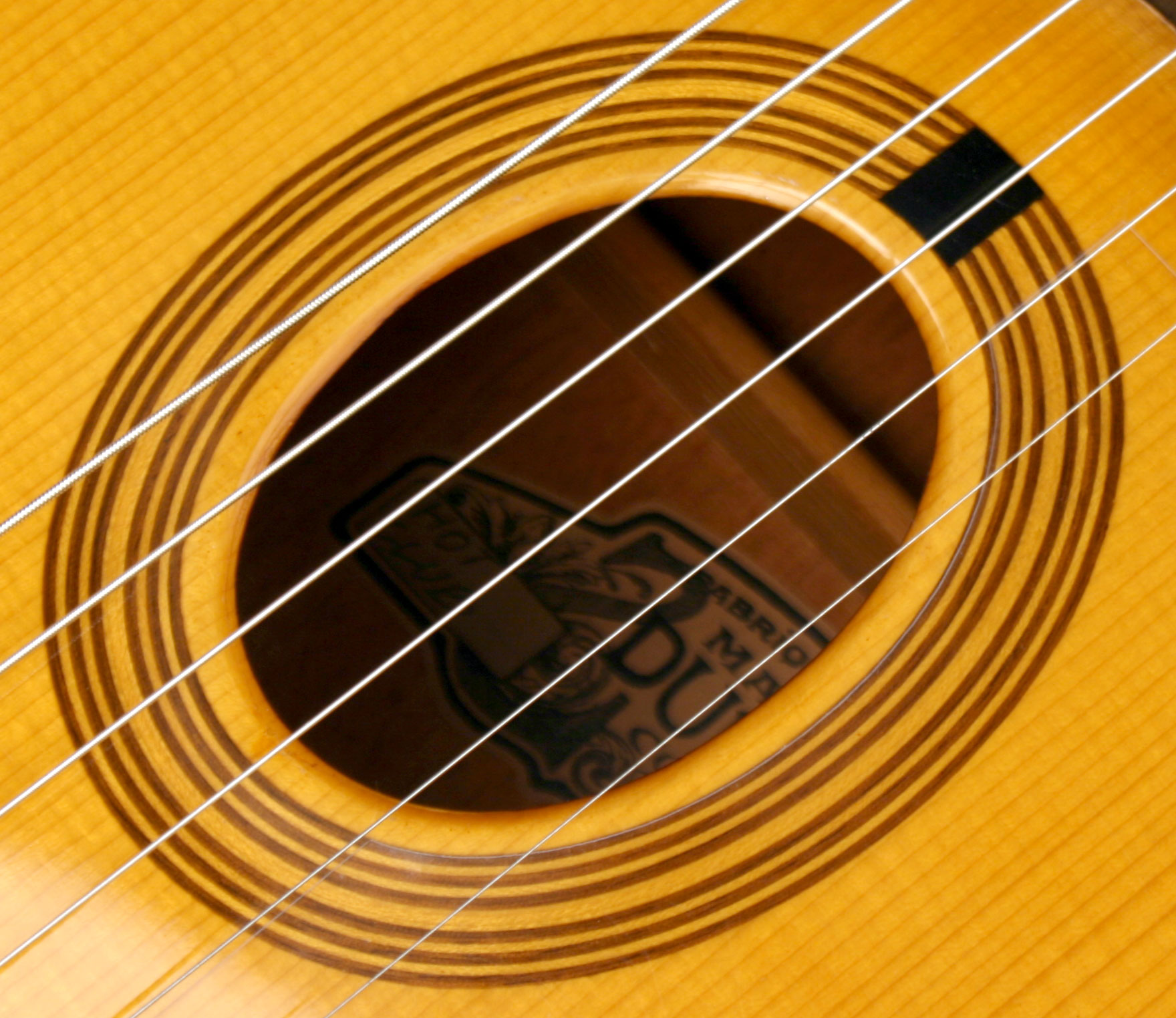 This is Maurice Dupont's top of the line Selmer copy. No detail is overlooked with both the materials and workmanship being of the highest caliber. The track record of this instrument speaks for itself, as so many of today's top players use the Vieille Reserve model, of which this Hot Club model is a variation. Bireli Lagrene recorded the first two Gypsy Project CDs with this model. Patrick Saussois, of Alma Sinti fame, Stephane Wrembel (on the soundtrack for Woody Allen's Midnight in Paris), and Romane also play Dupont VRBs.

The sound and playability of this instrument are the best I've ever seen for a new guitar. The only thing better is an actual vintage Selmer or Busato in good condition which is nearly impossible to find and would cost twice as much. The Dupont Hot Club model is a guitar that plays and feels like a new guitar, but has the clarity, punch, and tone of an old seasoned instrument. I know of no other luthier that builds a guitar with these qualities.

This guitar is setup perfectly with easy playing 2.8mm action and 11 gauge strings.There are no buzzes and every note is clear as a bell. If you like to play fast, this guitar is for you. It is among the easiest playing Gypsy guitars in the shop.