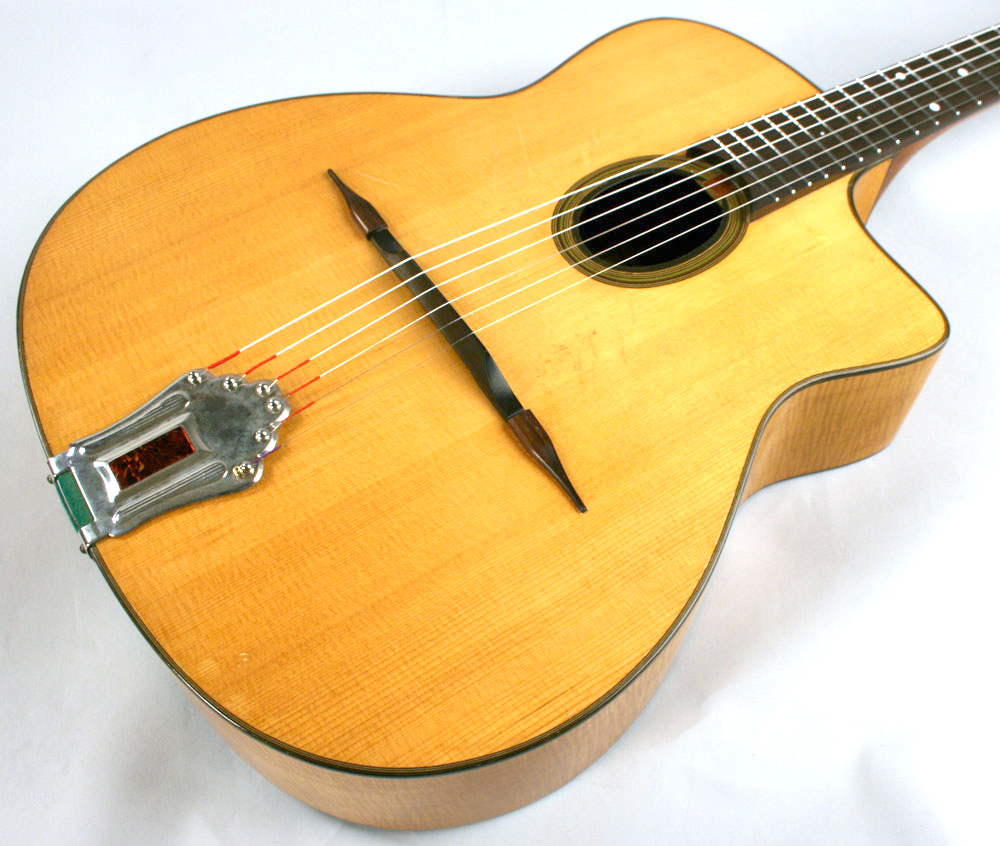 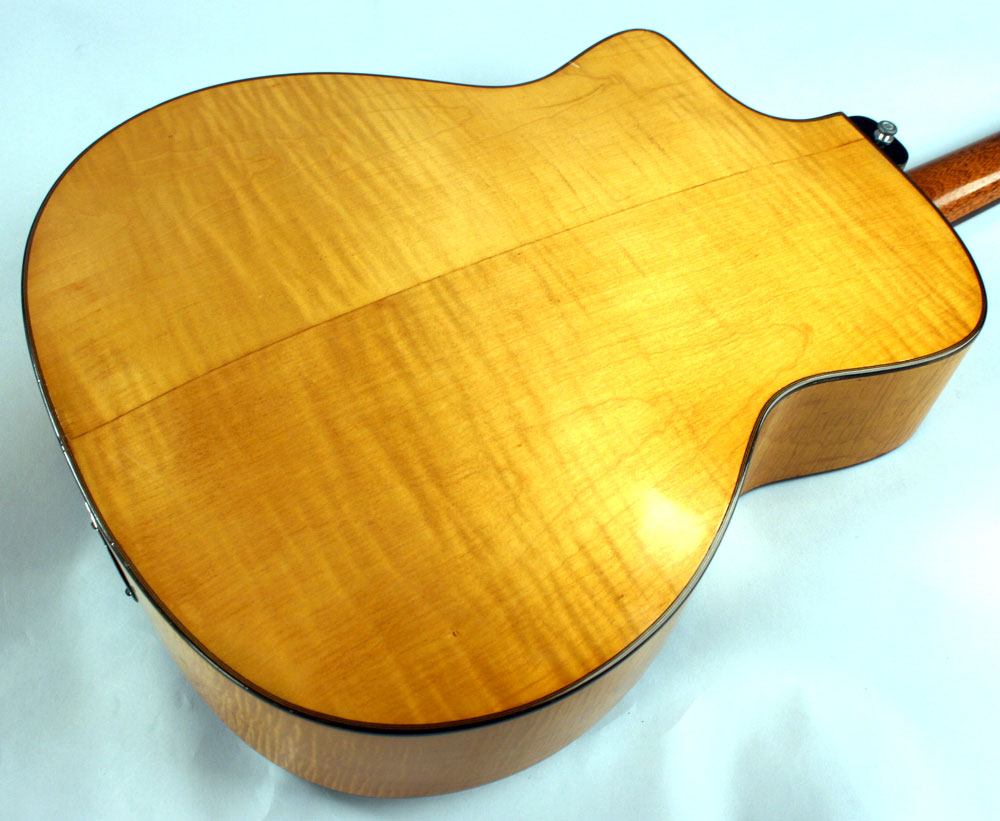 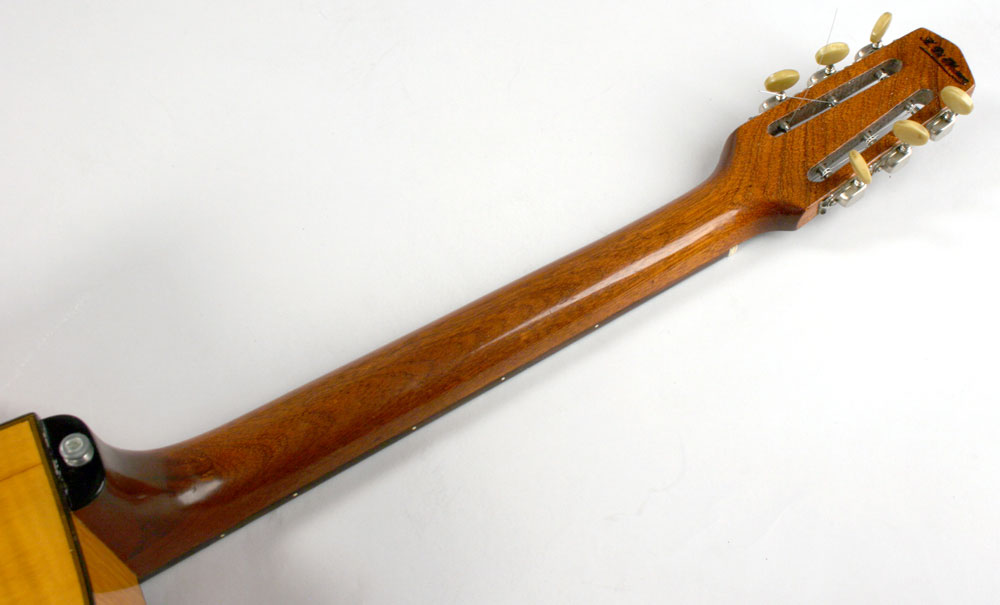 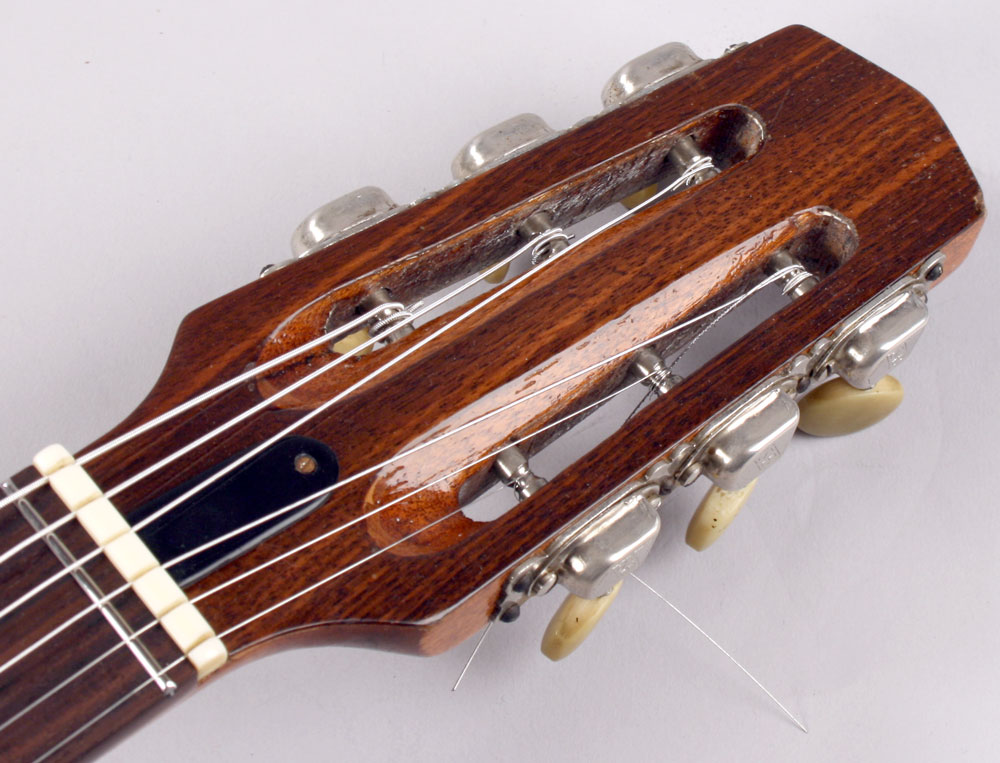 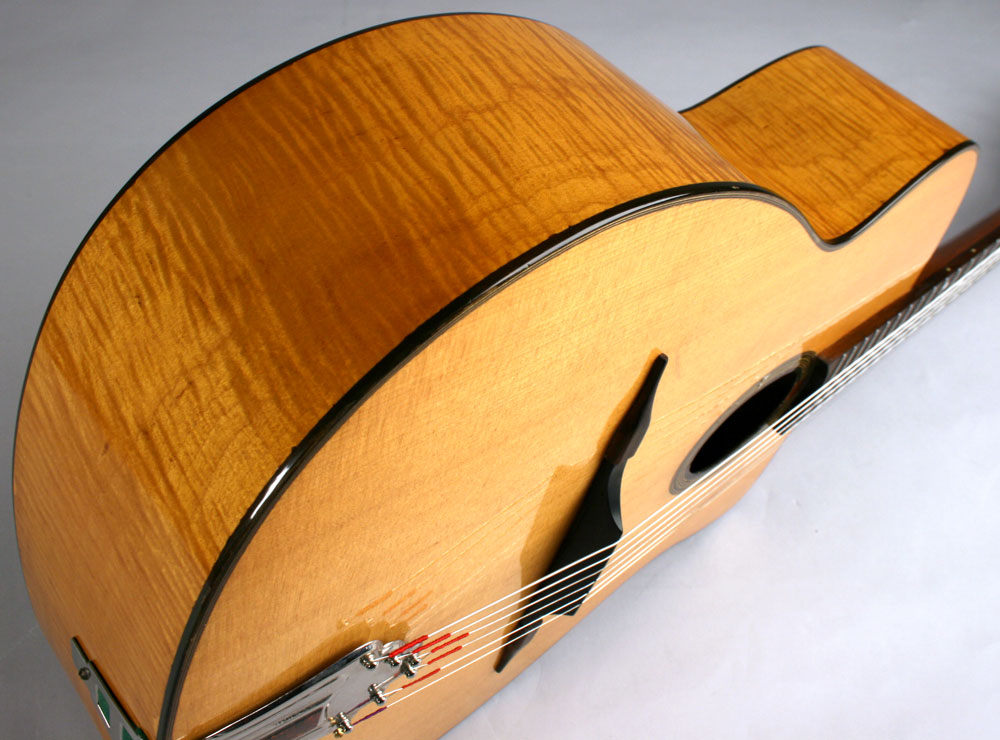 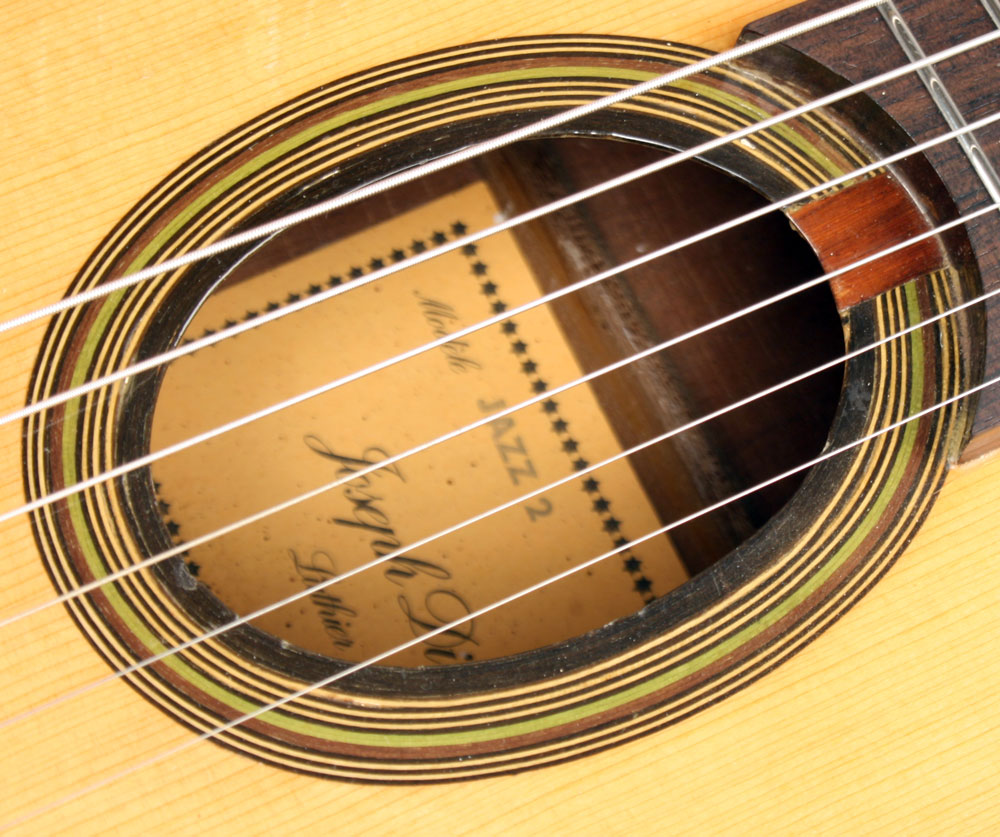 Antoine Di Mauro was part of the mass emigration of master Sicilian luthiers (Busato, Oliveri Anastasio, etc) who left Catania in the early 20th century. In the 1930s Di Mauro and his countrymen setup a series of shops on the East side of Paris and quickly adapted their skills to making jazz guitars in the Selmer Maccaferri style. Di Mauro was certainly one of the most successful and long lasting of these Franco-Sicilian luthiers as his guitars were widely adopted by players of many styles. Notable players include Moreno, Boulou Ferre, Patrick Saussois, Samy Daussat, Jean-Yves Dubanton, and even Pat Metheny! Di Mauro guitars were produced continuously until the early 90s, first by Antoine and then later by his son Joseph.

The Saint Louis Blues model was Di Mauro's Selmer inspired design, so it features an oval soundhole and a flatter back than their other models. The spruce top is supported by four lateral braces. The neck is solid mahogany with the "A. Di Mauro" marque au fer on the back of the headstock. There is an ebony heel cap with a strap pin installed. The original hardware includes a set of the much coveted SB nickel tuners with ivoroid buttons and a nickel tailpiece with a decorative tortoise inlay.

The condition of this guitar is excellent!. It has been wonderfully preserved over the last three decades, with only some light pick wear and a few dings.There are no cracks. The frets were recently replaced with stainless ones and the fingerboard is new. A truss rod was also installed.

This lovely Di Mauro has a classic tone that would be more than welcome at any jam. It's sound is pleasantly bright, snappy, and full of life. As is often the case with guitars of this age, it has a purity and clarity of tone that is rarely found in new guitars. Single notes just sing as the mature high end of this guitar really allows them to carry. The lack of overtone ringing insures clarity and definition, qualities which are only found in the best Gypsy guitars. The chordal sound is very rich in the mids and highs, producing a rhythm sound which is punchy and crisp. The low end is attenuated nicely so there's no chance of this guitar ever sounding muddy or dark.

This guitar was recently restored by the French luthier Gaetan Lagneaux. The playability is astounding! The action is set at a very low 2.6mm, which makes just about any difficult passage fall easily under your fingers.

In Django's day, Di Mauro's were the "player's" guitars: more affordable than the pricey Selmers but very solid instruments with a great sound. Not much has changed as these vintage gems cost far less than similar Selmer models but the sound is certainly there. In fact, the St Louis Blues model has recently gained notoriety in the hands of the Dutch virtuoso Reinier Voet, who used a St Louis Blues to record his latest CD My Room.