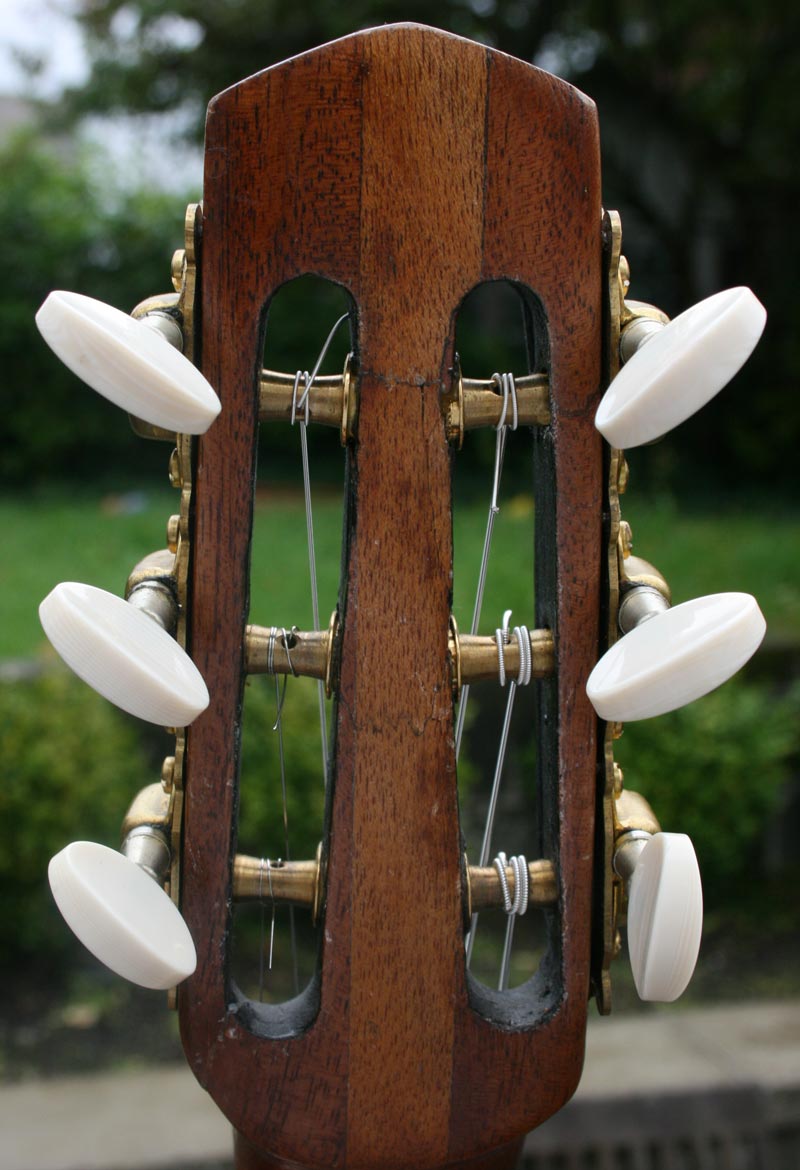 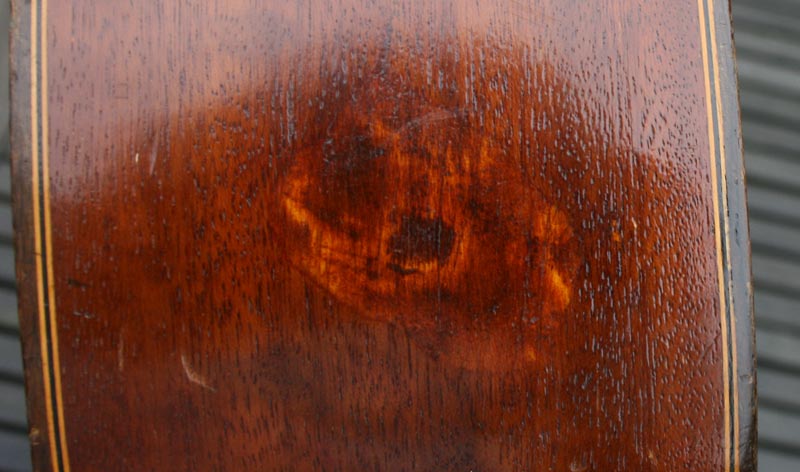 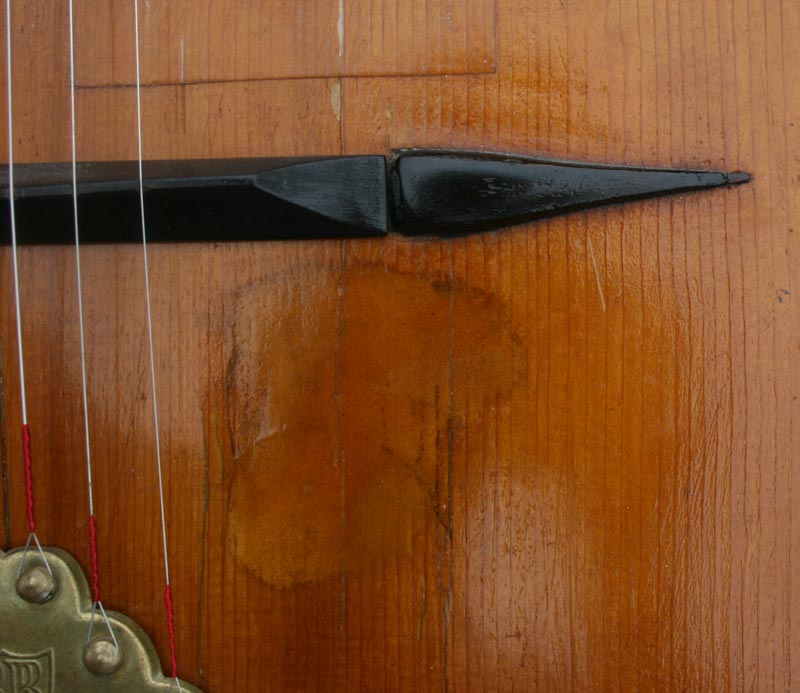 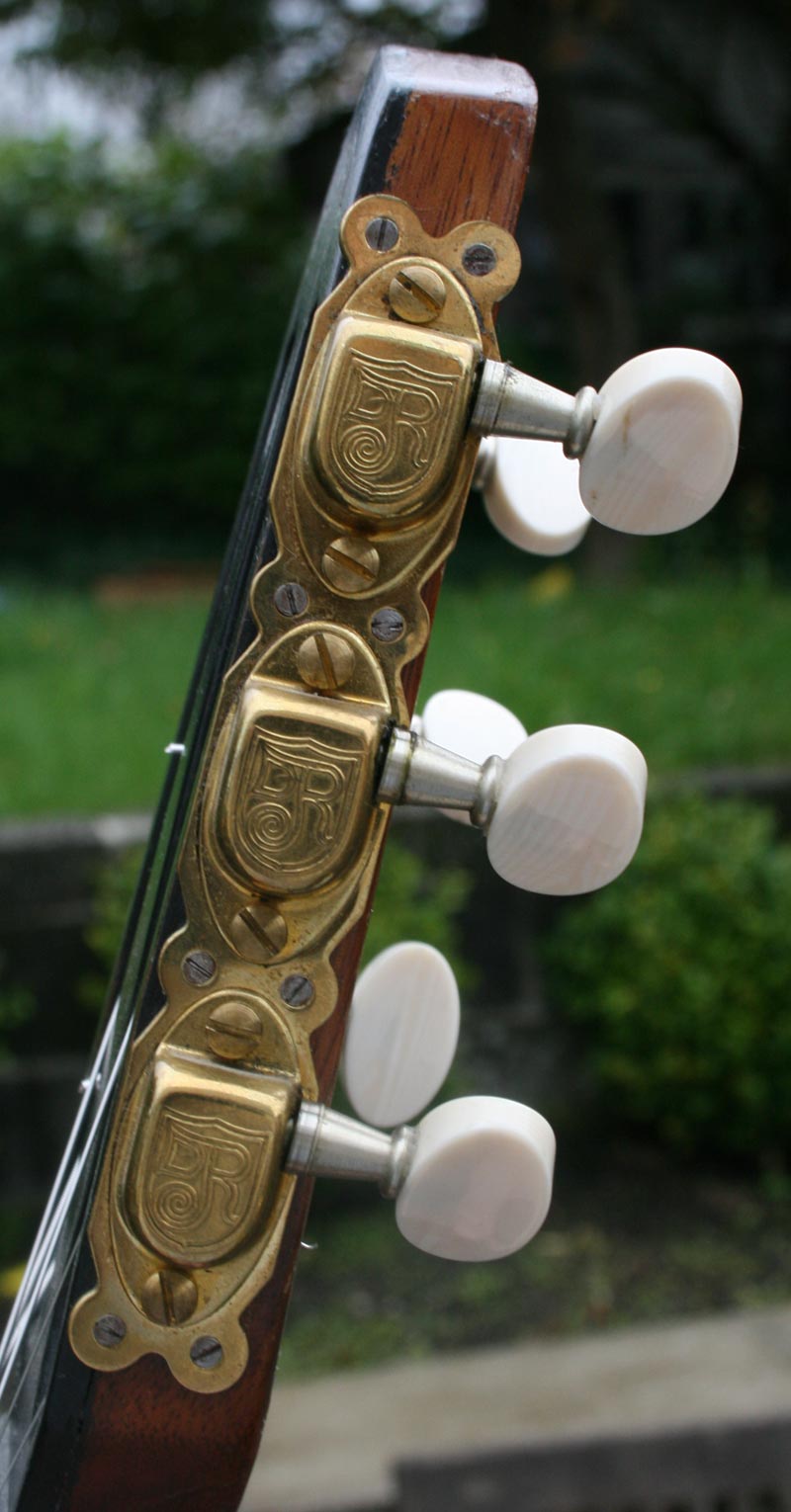 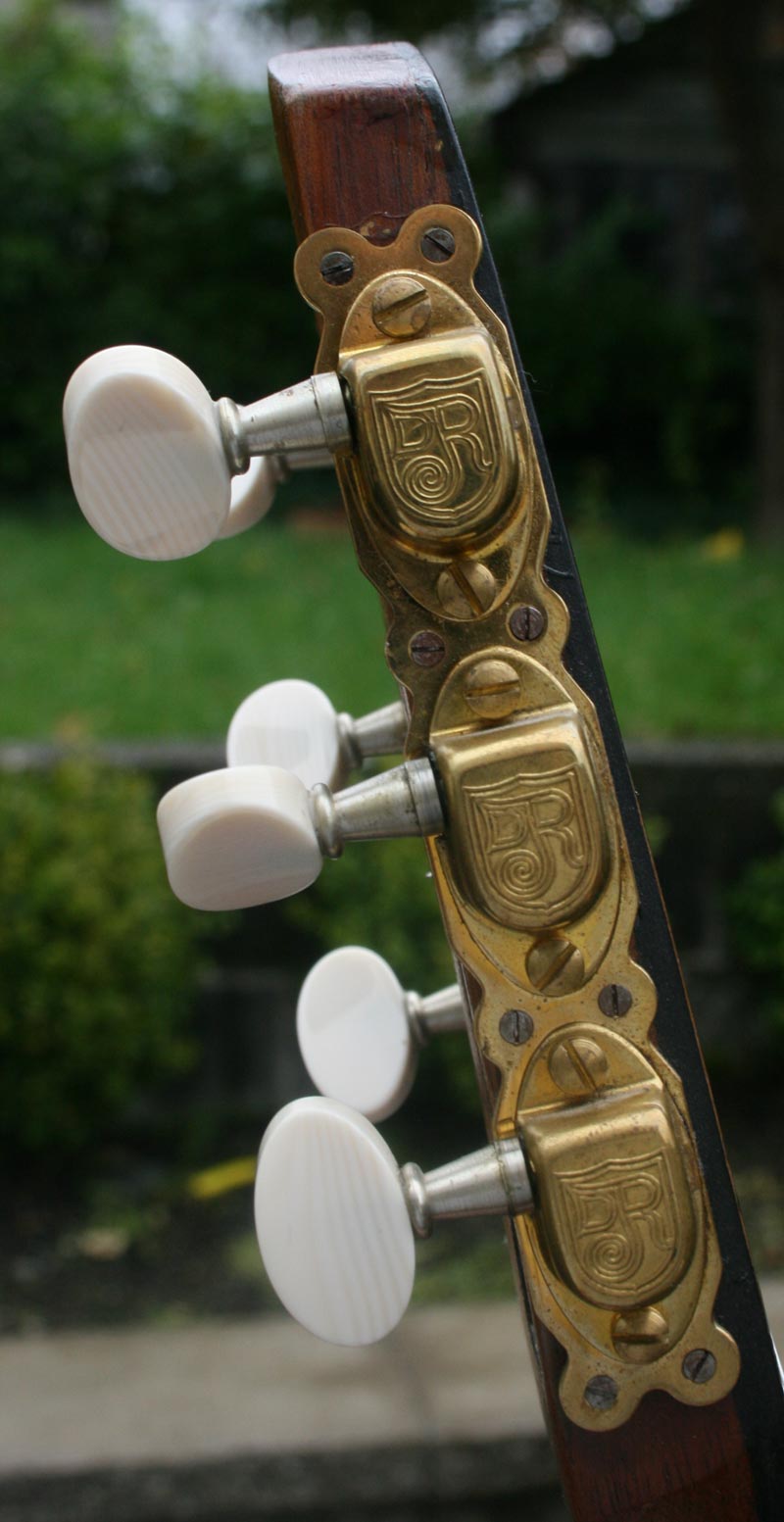 Busatos are rarer than rare these days so here is an opportunity to own one of these legendary guitars. Busatos are difficult to date as they have no labels or serial numbers of any kind. Best guess would  be that this was built sometime in the late 40s.


A guitar of this stature needs no introduction. Next to Selmers, Busatos are the most sought after guitars by today's top players. So many contemporary Gypsy jazz guitarists play these exquisite guitars:

Stochelo Rosenberg (performs with his Selmer but is an avid collector and player of Busatos) Yayo et Fanto Reinhardt (Romane's rhythm section get an amazing dry rhythm sound with their Busatos!)

Moreno has owned several Busatos over his illustrious career


This guitar was owned by Tony Weiss who was a Parisian Gypsy guitarist of note during the 60s and 70s. There is a picture of Tony Weiss holding this guitar on p.243 of Francois Charles The Story of Selmer Maccaferri Guitars.


This guitar has a Spruce top, Curly Mahogany back and sides, Rosewood fingerboard, and a Mahogany neck with a Maple spline. The aged woods of this guitar have a warm amber color that only these old guitars possess. The rich color of this instrument  is akin to that of a fine single Malt Scotch! Delicious....

The name "Busato" was carved into the headstock which is a nice touch. Most have a metal name plate so this carved inscription is rare. There is only one other Busato I've seen carved like this: 1930s Busato

The fingerboard is original with Busato's signature triple dot position markers. Tailpiece is an original BB. Tuners were replaced with a new set of DRs.

The dimensions are those typical of a Grand Modčle Busato: 16 1/4" body with a 675mm scale length. It is light as a feather at only 3.6 lbs, among the lightest Gypsy guitars you'll find!

Despite it's age, this instrument is in stable working order. At one point the headstock was damaged. A crack close to the 1st string tuner was glued and the back side of the center piece was also repaired. The headstock is tapered so that it get's quite thin towards the top. Because of this, the mounting plate for the DR tuners hangs over the edges a bit.

It appears that at some point this guitar had a volume knob and a jack installed. There is a spot behind the treble side of the bridge which was patched with several pieces of wood and wood filler (maybe there was a volume knob there at one time?) There is also a patched hole on the lower treble bout which looks like it once had a jack.

There are a few cracks in between the fingerboard and soundhole (the most common place for cracks on Selmer type guitars.) They have been repaired. There are also a couple of cracks close the patched area of the top that appear to be stabilized by the patches inside.

There is also a crack in the Maple spline of the heel.

Since the fingerboard is original, it shows the typical wear you'd expect from decades of use. Some ruts have formed in the more heavily used areas of the fingerboard. The frets are brass which is usually the sign of a 60s era refret job. However, they have almost no wear.

The sound of this guitar is rather intriguing! It has many of the elements you'd expect of a Busato: superior projection, hard trebles, and nice bass definition. However, it has more Selmer like qualities than any other Busato I've had. While most Bustaos are typically ultra-dry and "simple" in tone, this guitar is rather complex and "open" sounding. The richness it has lends itself nicely to unaccompanied playing. Each note has a lot of swirling overtone complexity which really fills out the sound. But this guitar can also kick out some searing leads when needed.

Playability is very good with 3mm action and 11 gauge strings. Could easily be strung with 10s for an even slinkier feel.