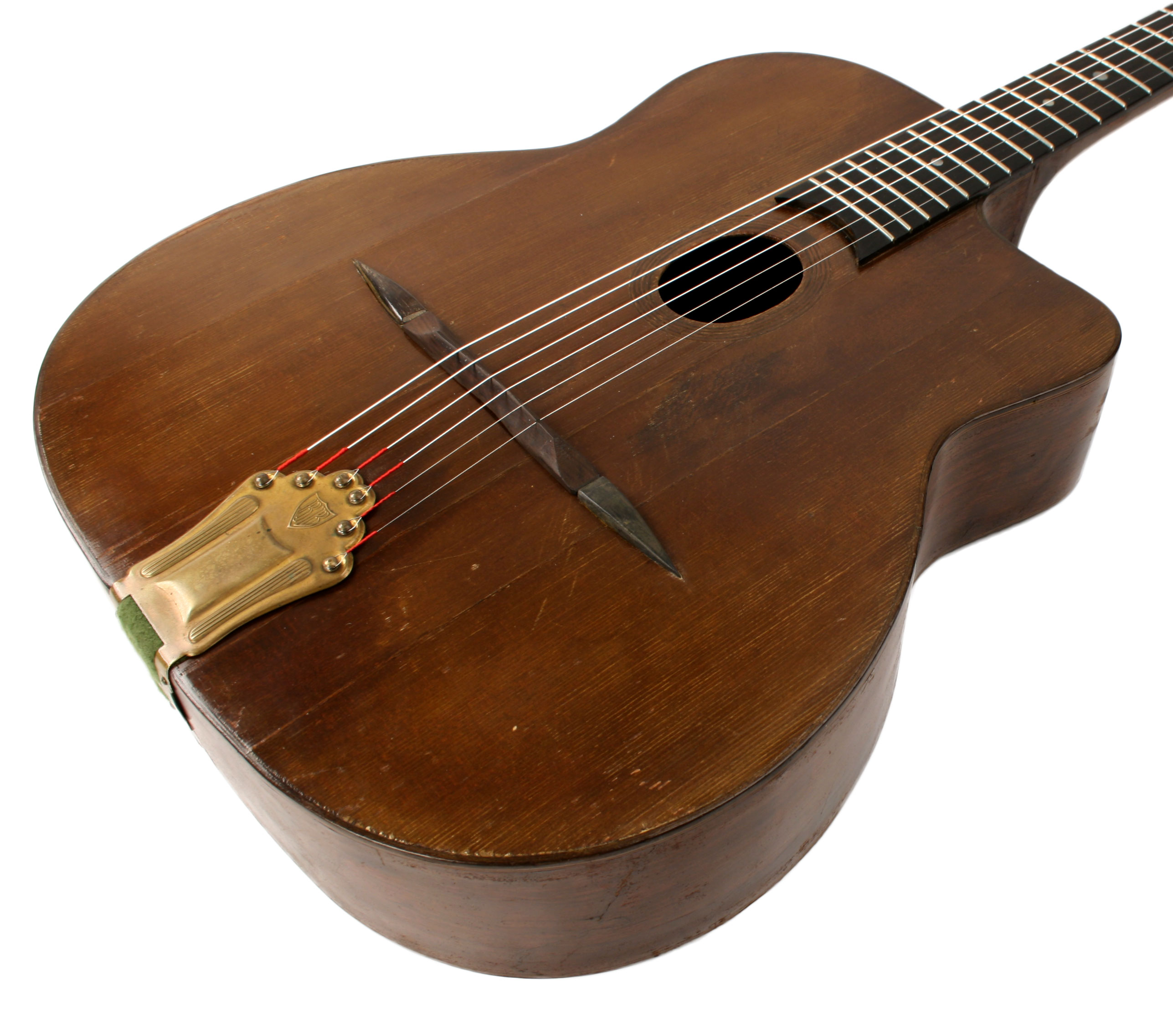 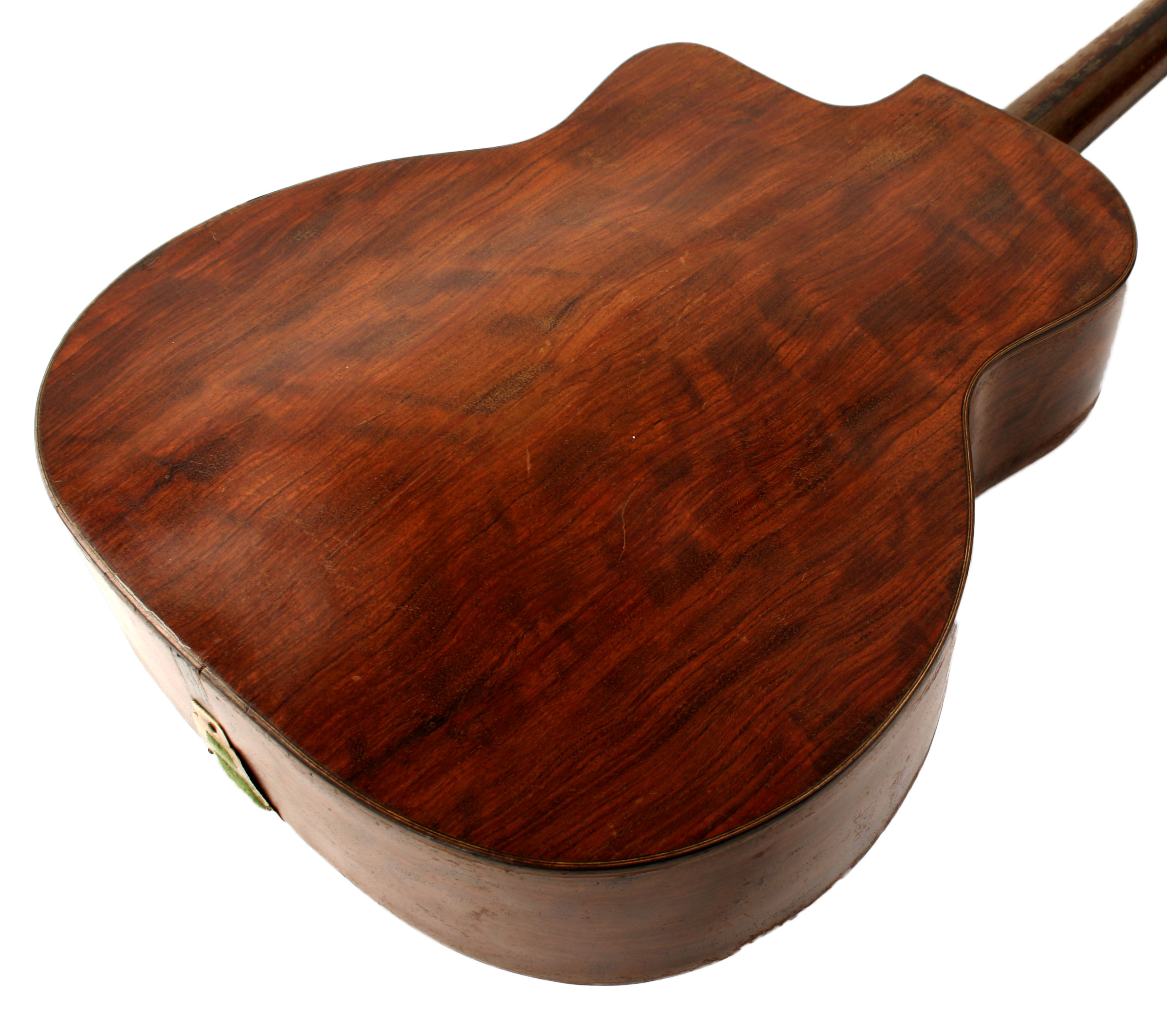 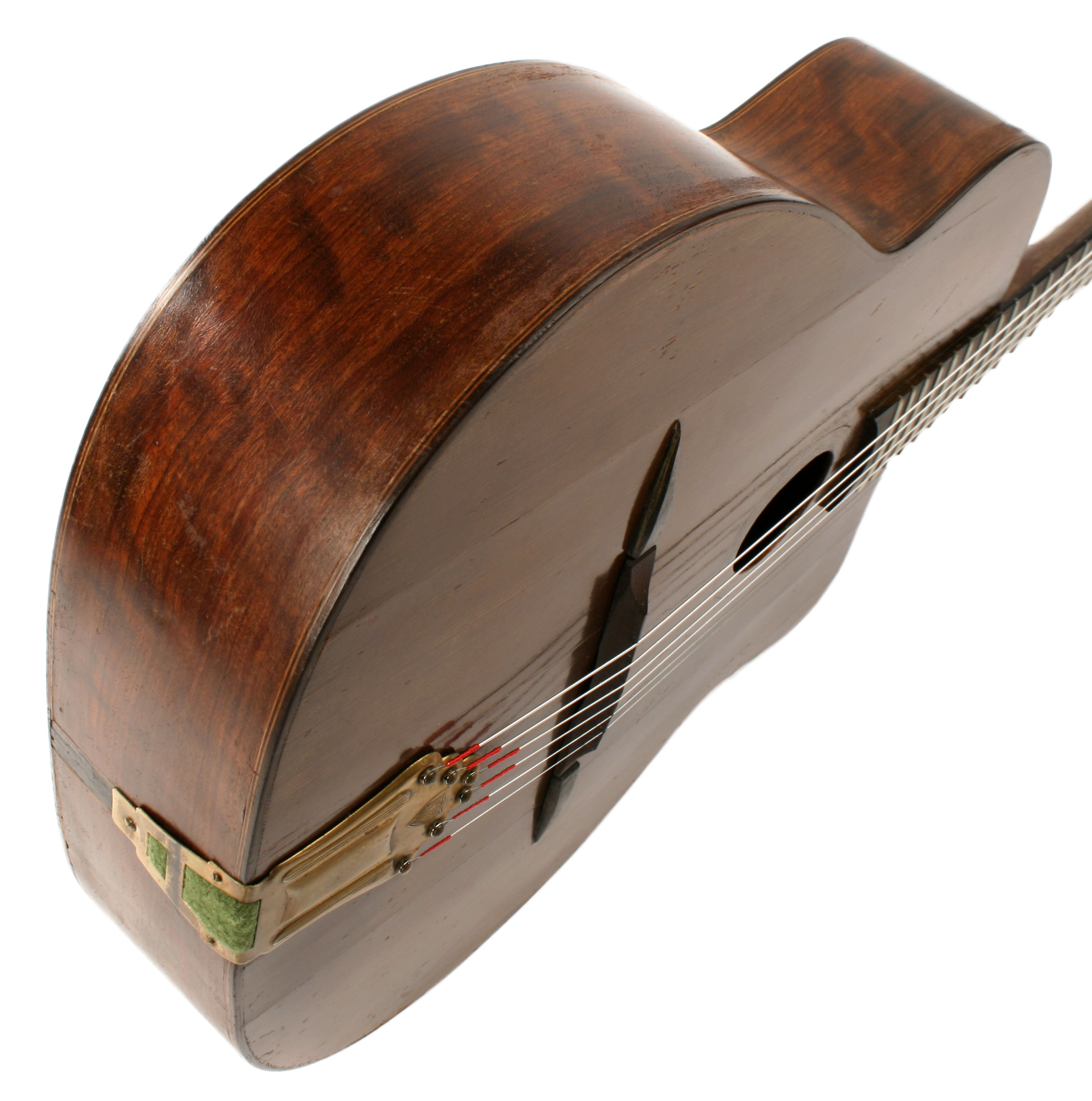 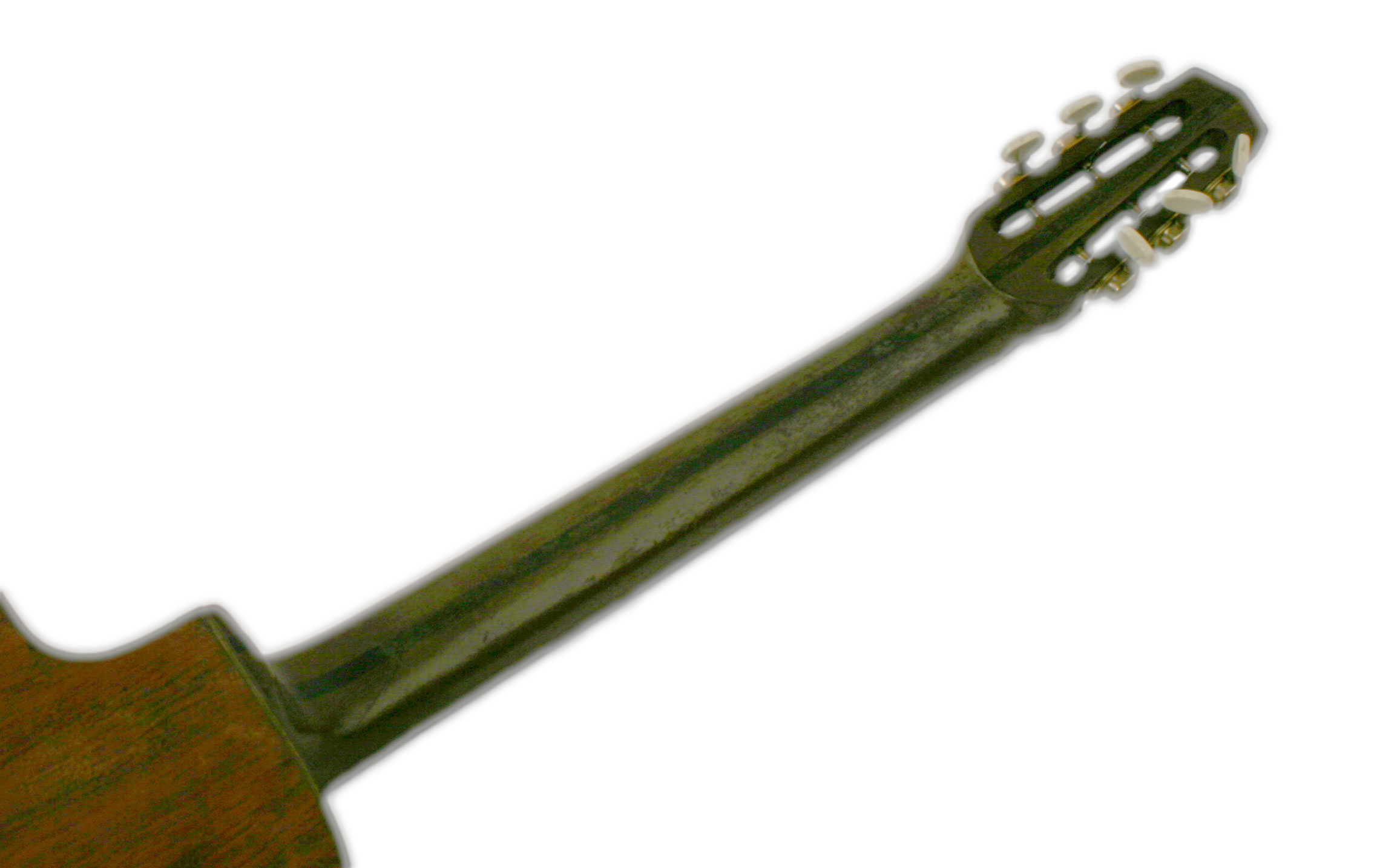 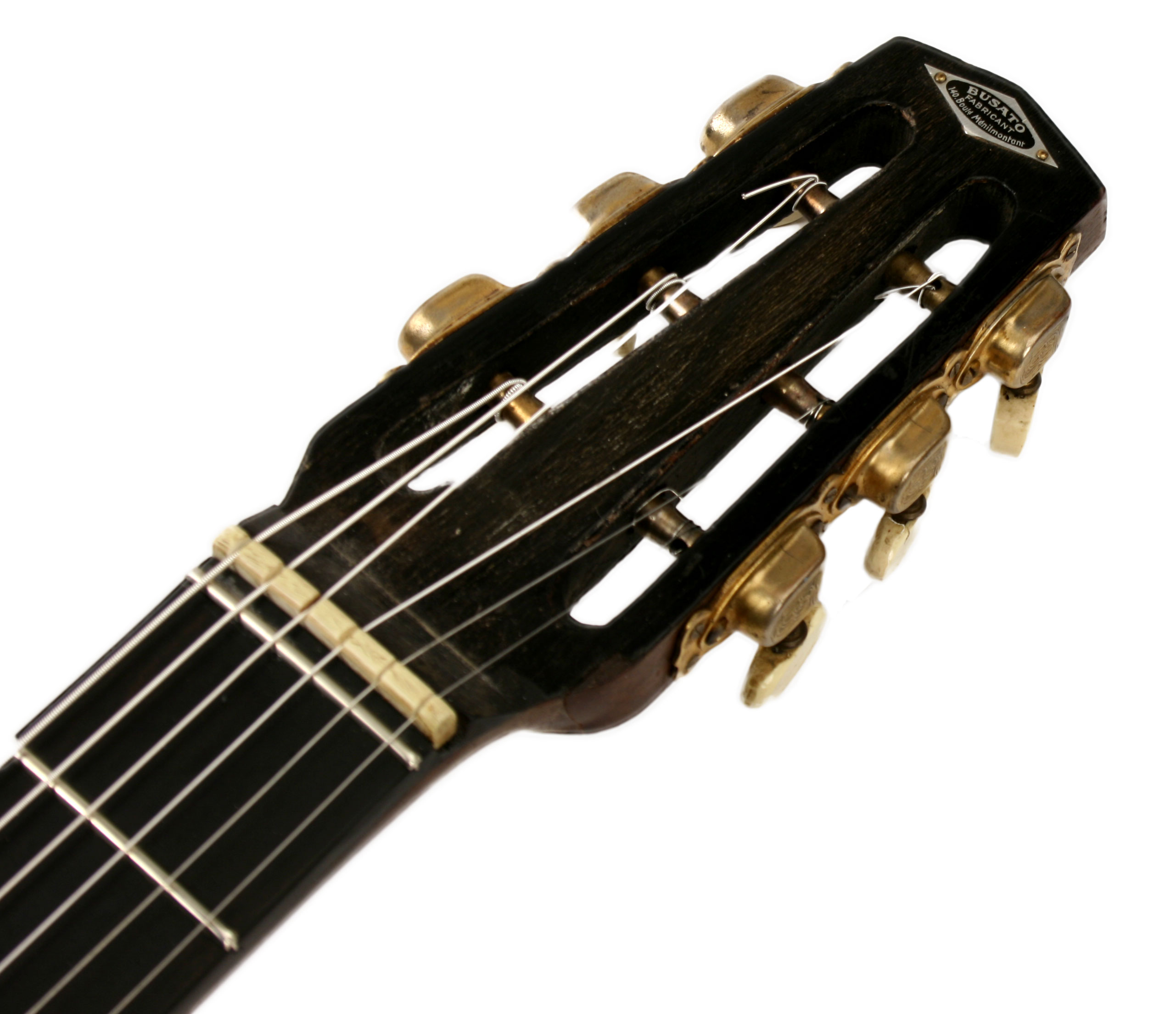 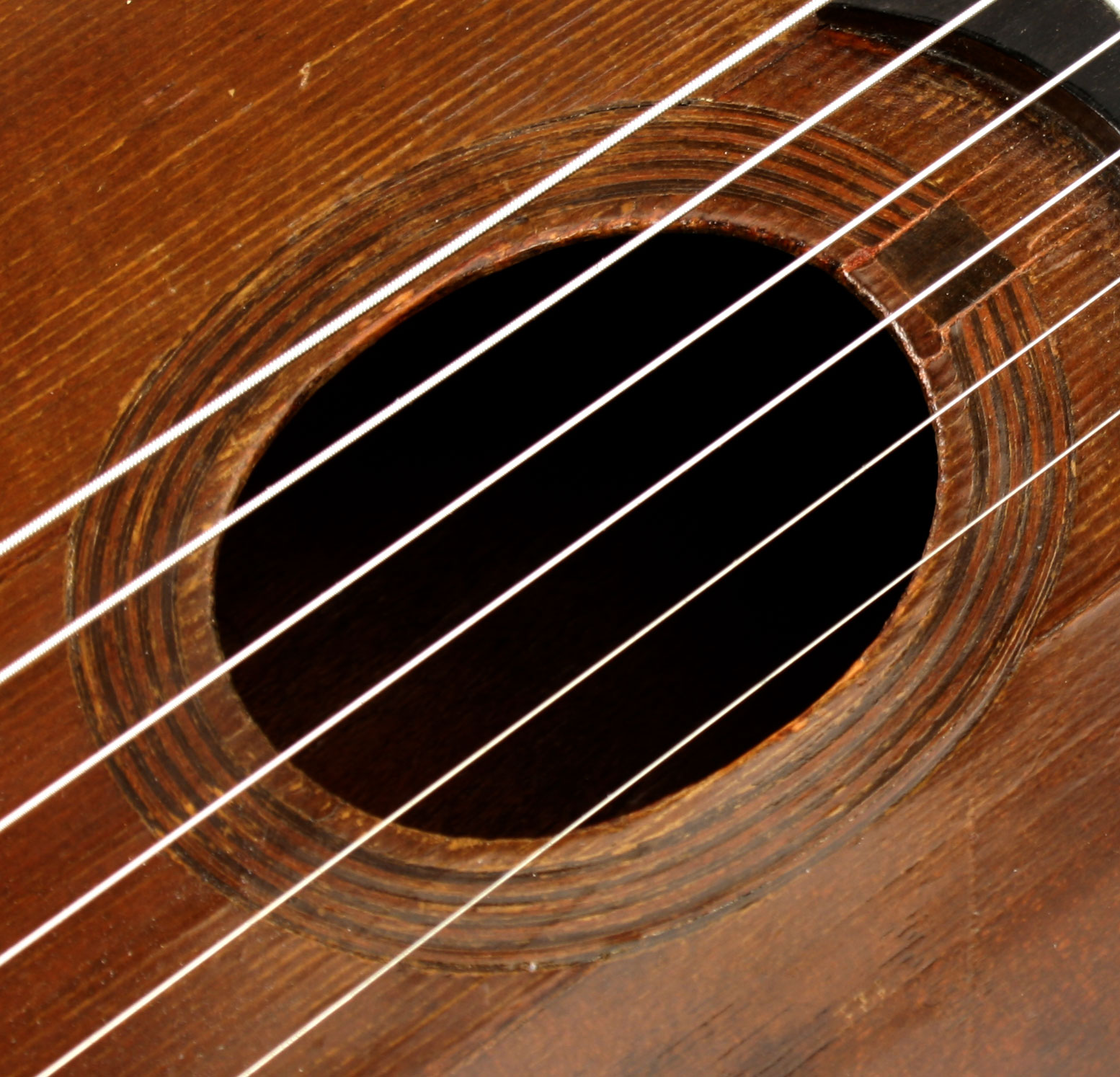 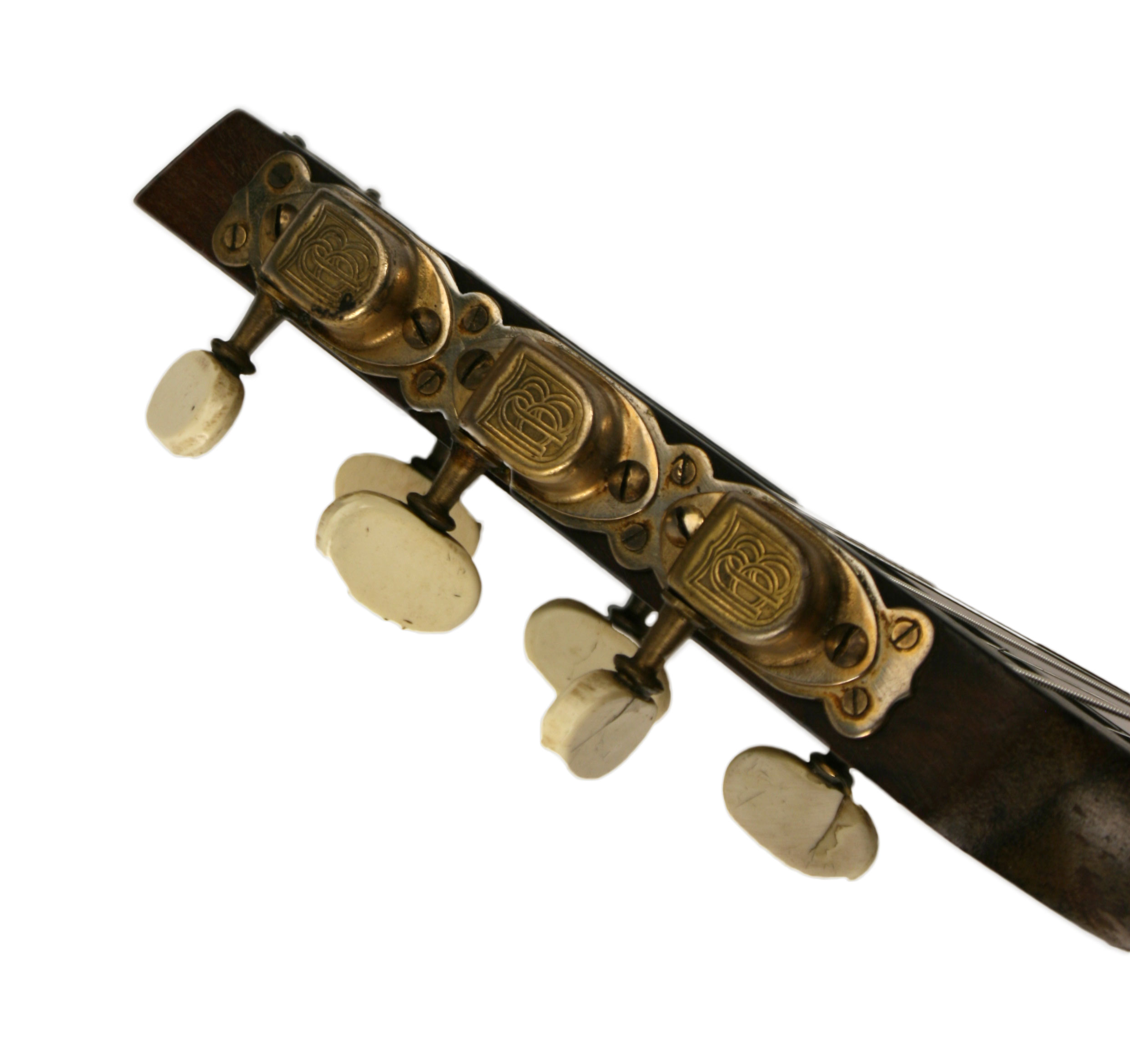 
This guitar has rare walnut back and sides, a spruce top, and a three piece mahogany neck with an ebony spline in the middle. The top is actually 4 separate pieces of spruce which is very common for Busatos. So many of the "cracks" you see are actually the seams of the 4 pieces. Several of the seams were cleated at one point to prevent them from opening up. There was a repair on the heel in which a section of the spline was reglued. This guitar has the original BB tuners and tailpiece.

This Busato is somewhat warmer and more rounded in tone than most. It still has some of those classic Busato qualities (i.e. exceptional clarity and volume) but is fuller in the mids and a little more rounded in the highs. If you're looking for a Busato that's a little more versatile, with the ability to sound modern at one moment and pure Gypsy the next, than this it!