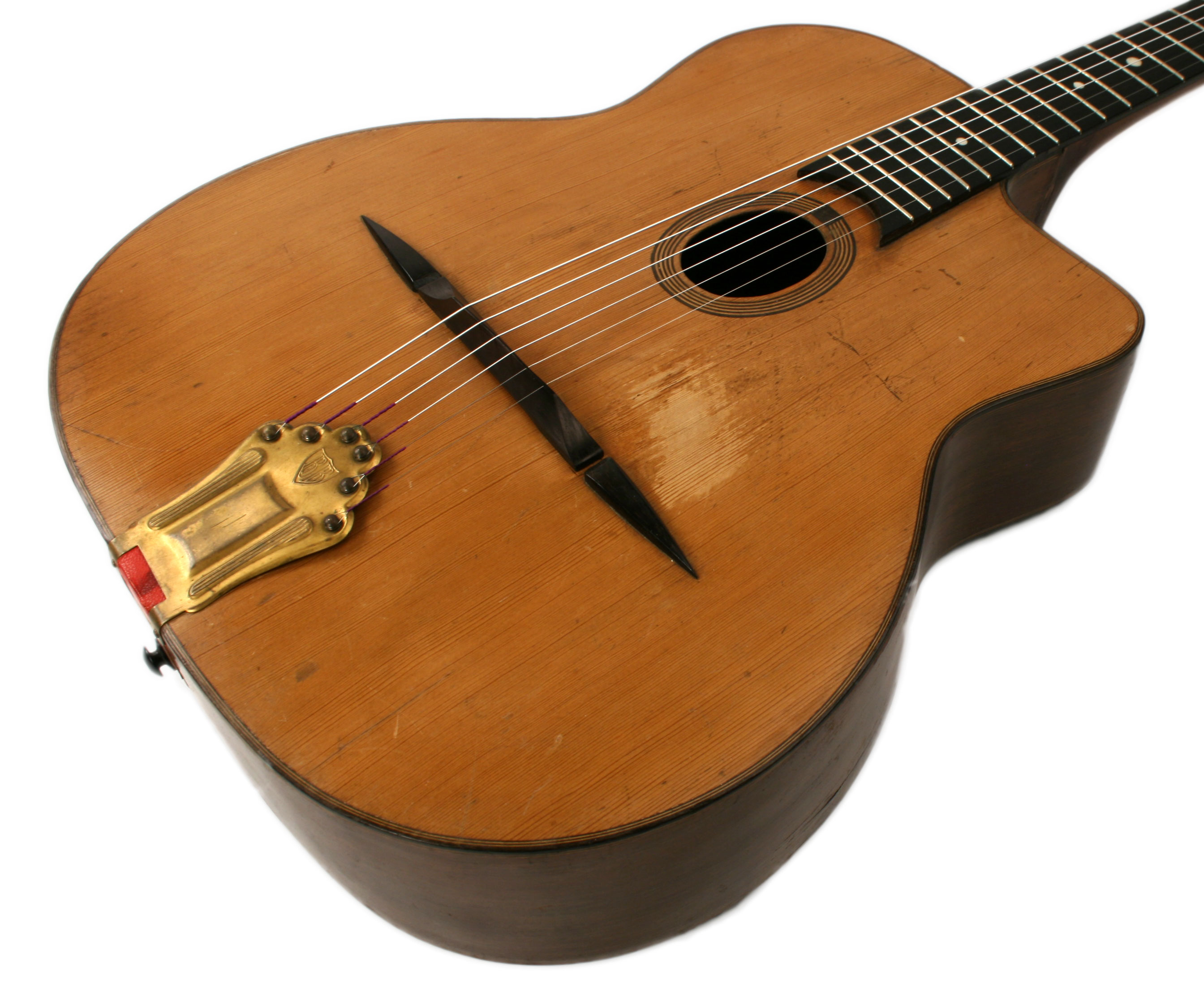 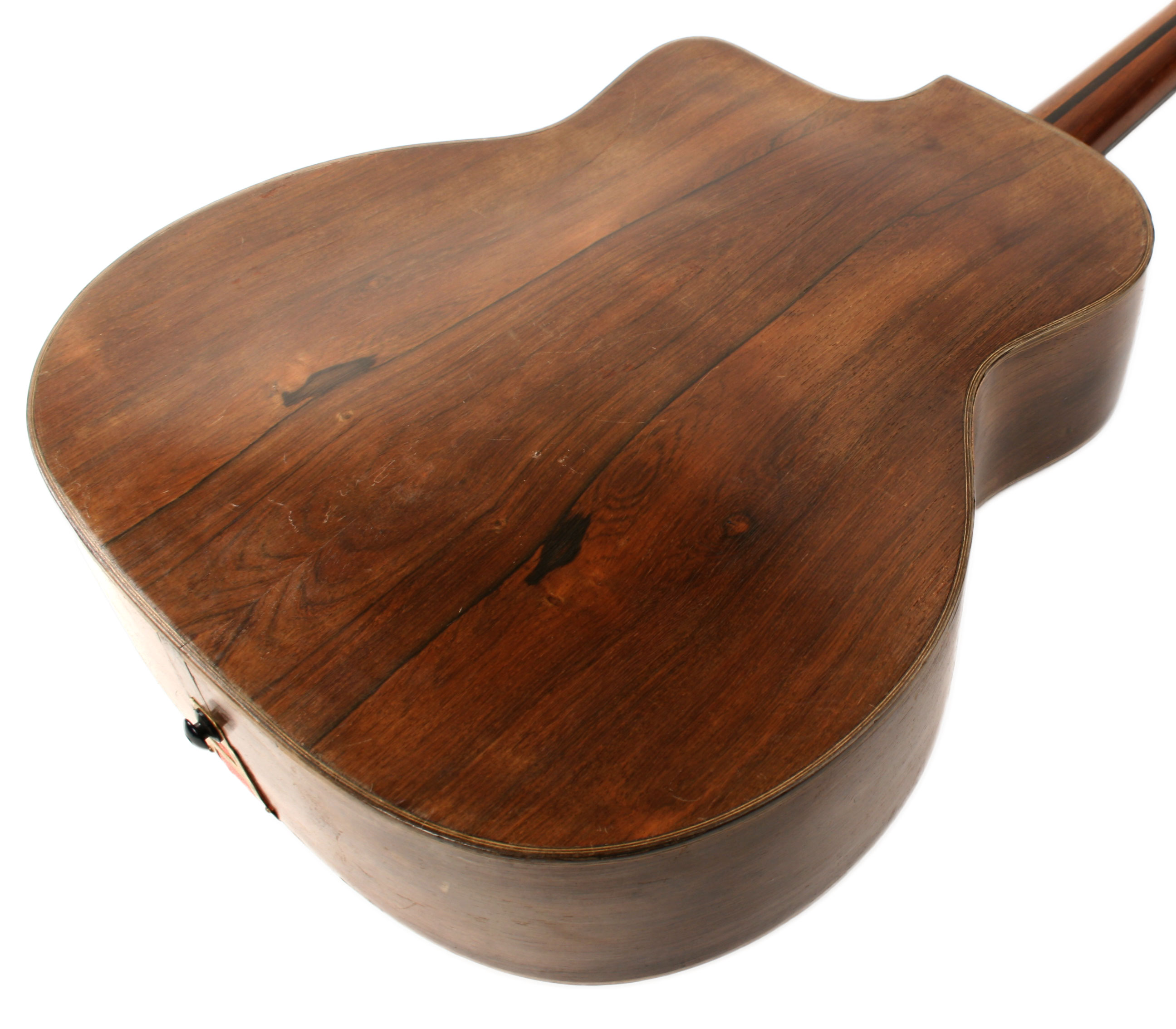 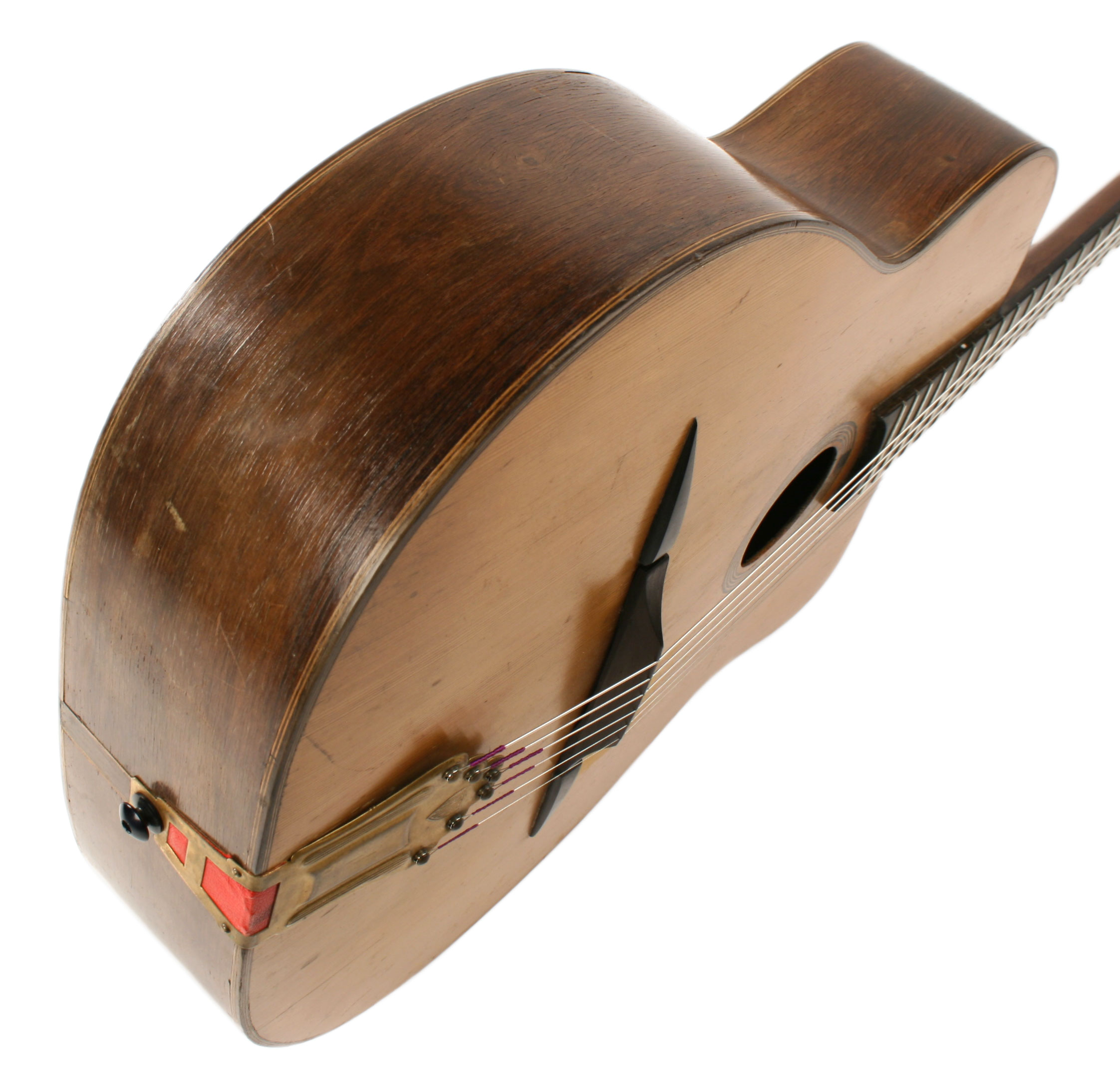 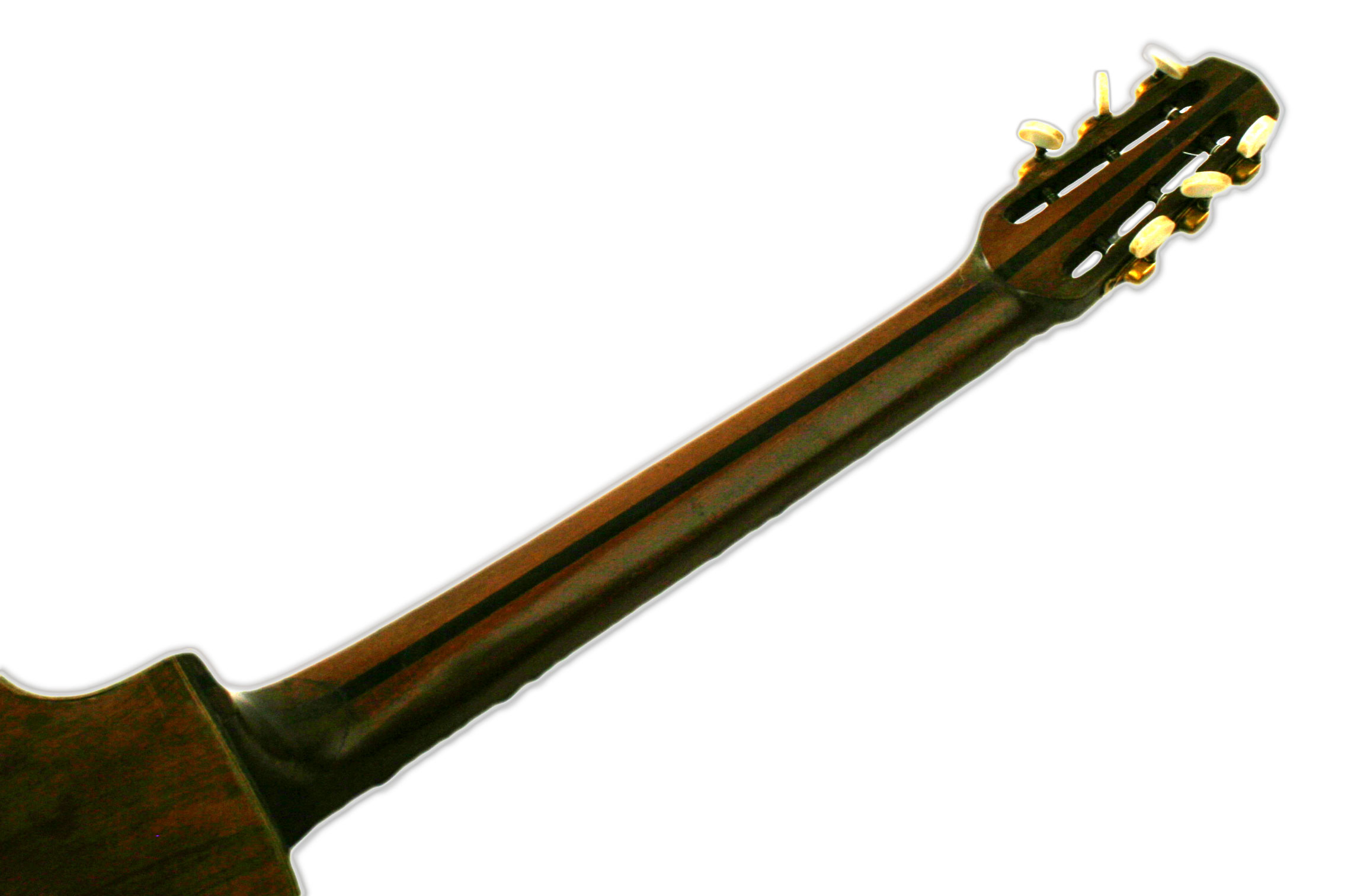 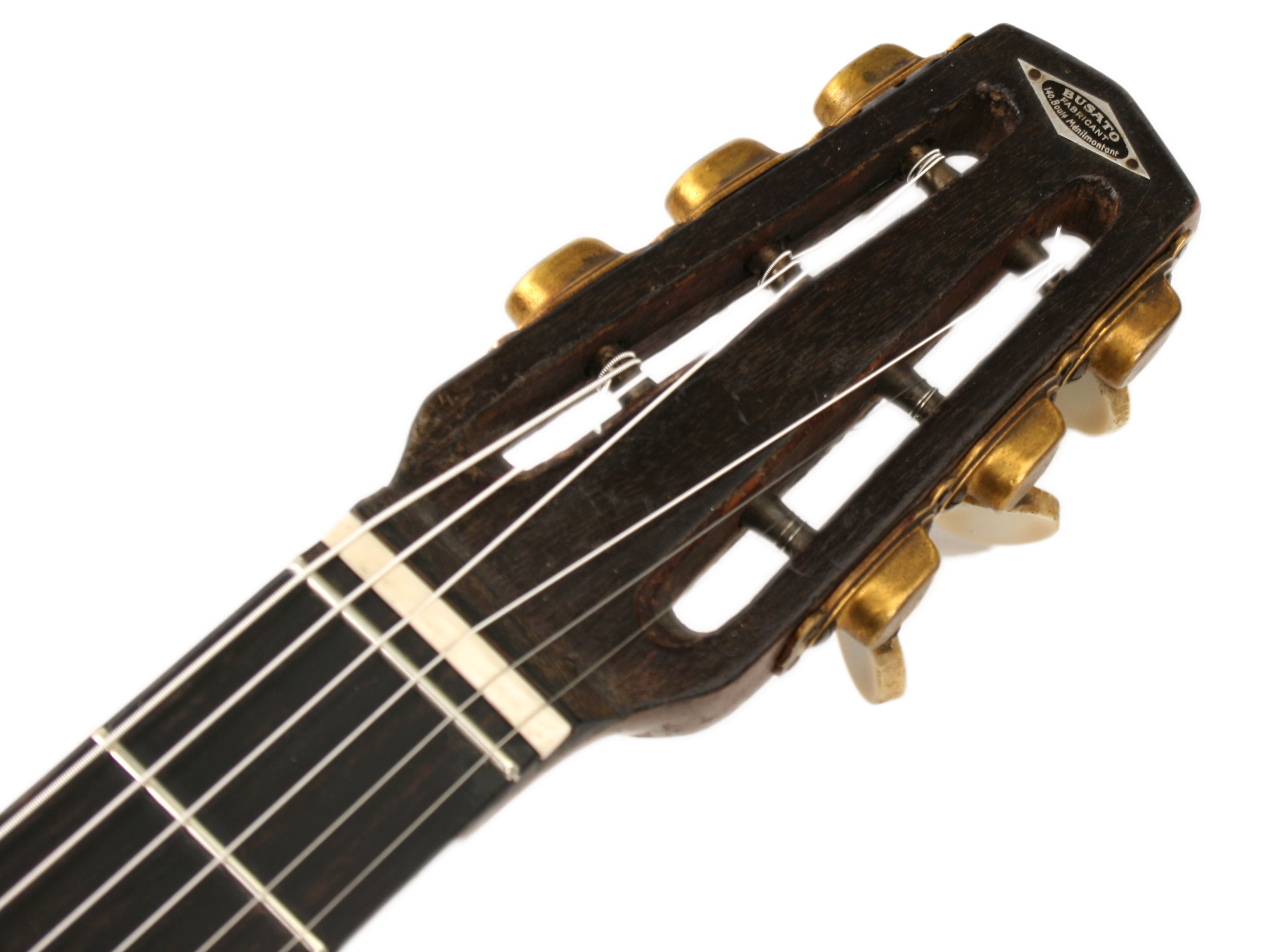 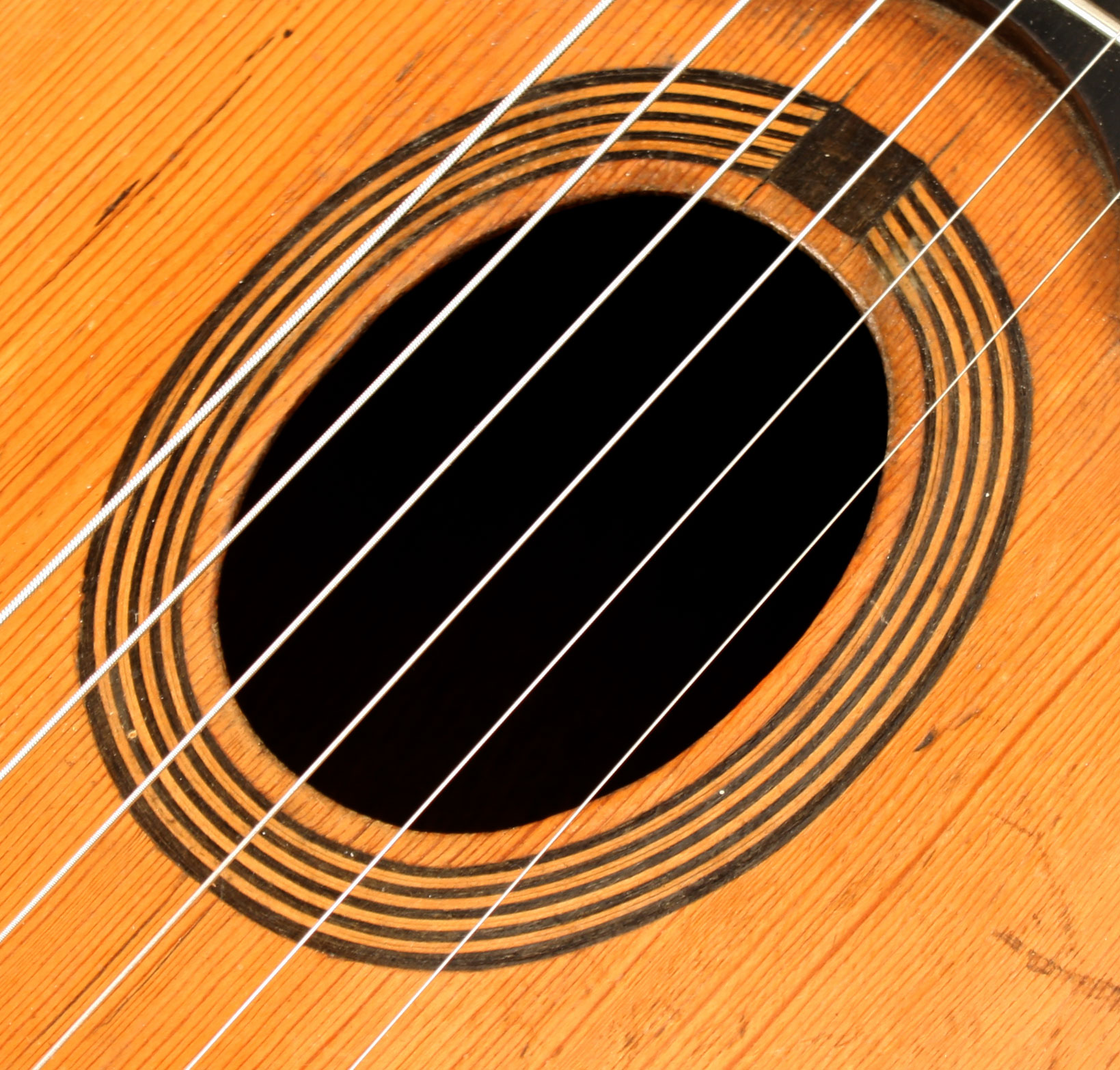 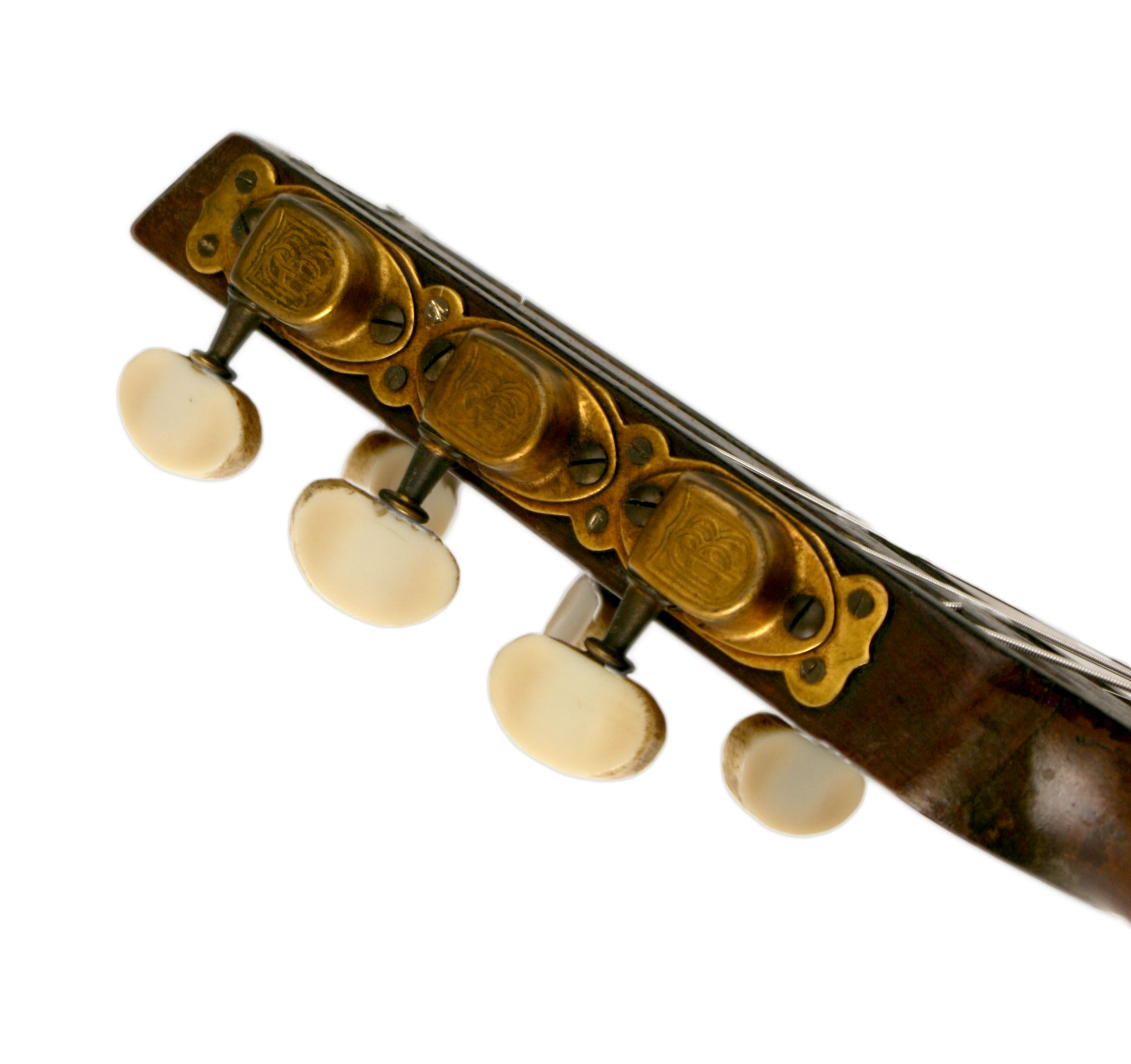 
This guitar has Brazilian Rosewood back and sides, a spruce top, and a three piece mahogany neck with an ebony spline in the middle. This guitar has the original BB tuners and tailpiece which are in excellent condition.

This instrument is in excellent condition and is, in fact, probably the best preserved Busato I've ever had. There are no cracks and the hardware is all in compete, working order. The frets are new and it plays nicely with low, 3.2mm action.

This guitar is the archetypal Busato, with a bold, clear tone that knocks every note to the back of the hall. The highs sizzle and the lows thump loudly, giving it a character and charm that evokes the Gypsy jams of yore. It is especially well suited to players with a light touch, as it takes very little force to make yourself heard. In fact, it's so loud it seems to defy the laws of physics! No doubt, this outstanding Busato will be the treasure of a lifetime for some lucky owner. You just don't find ones this good very often....