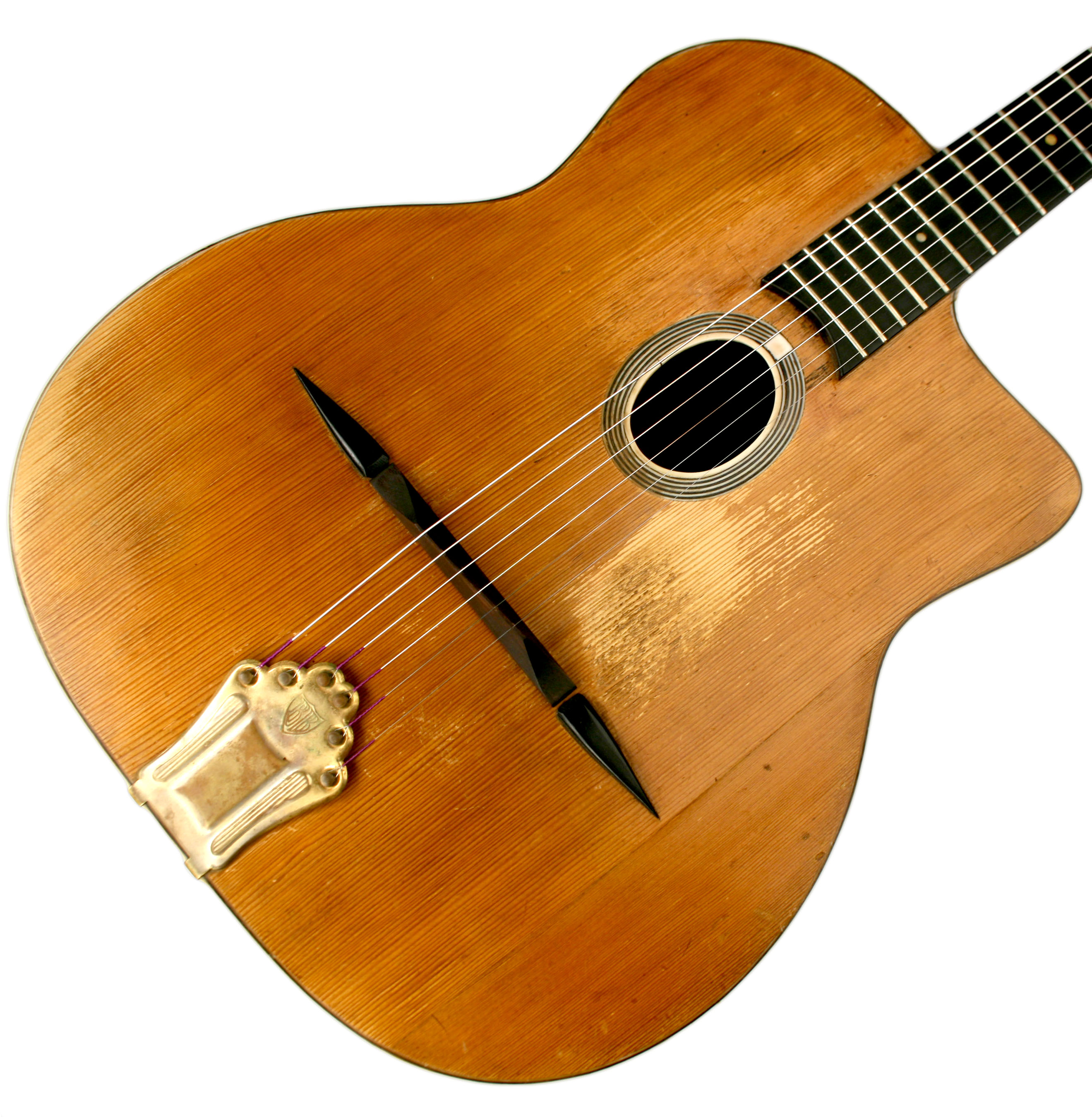 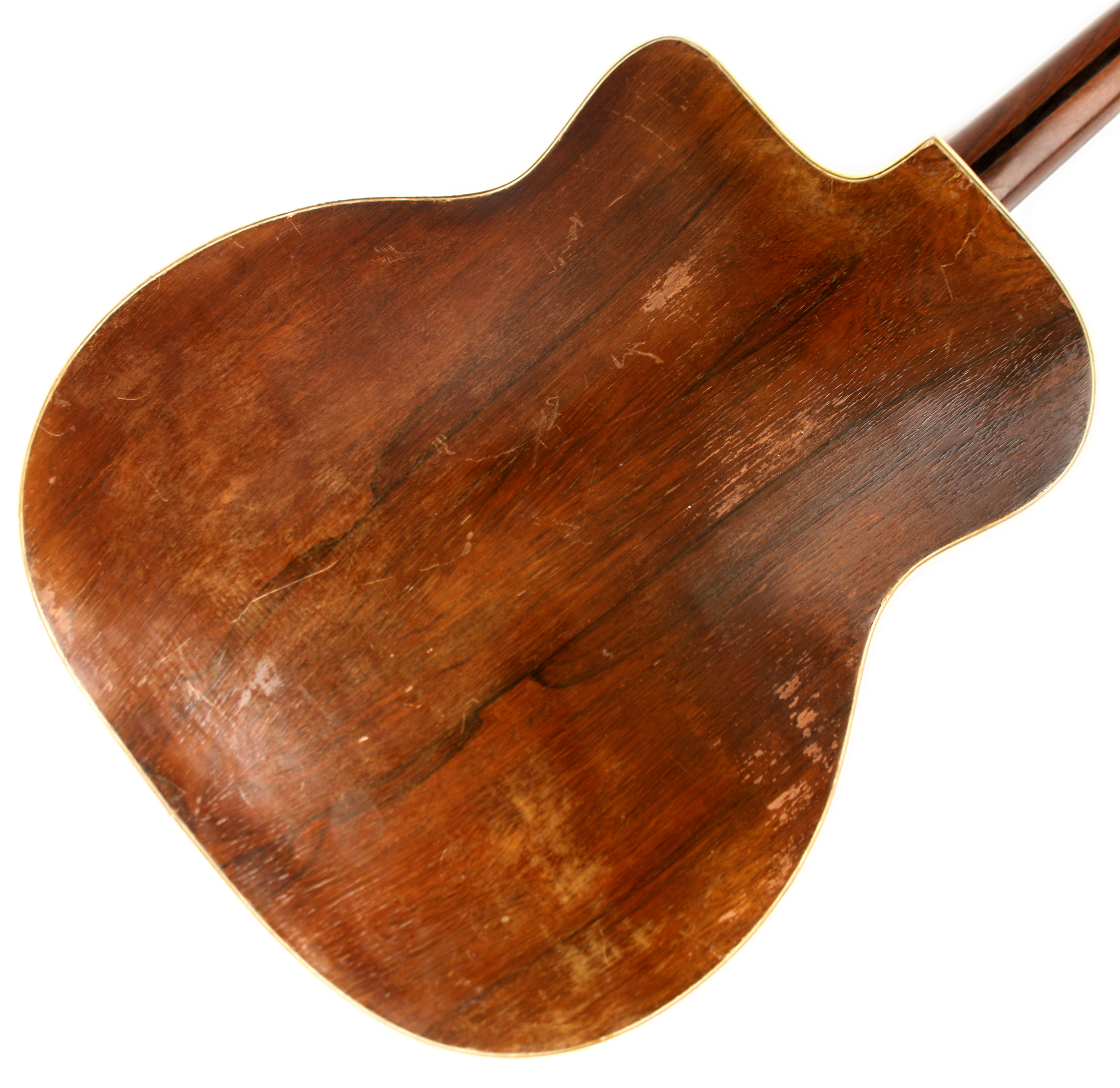 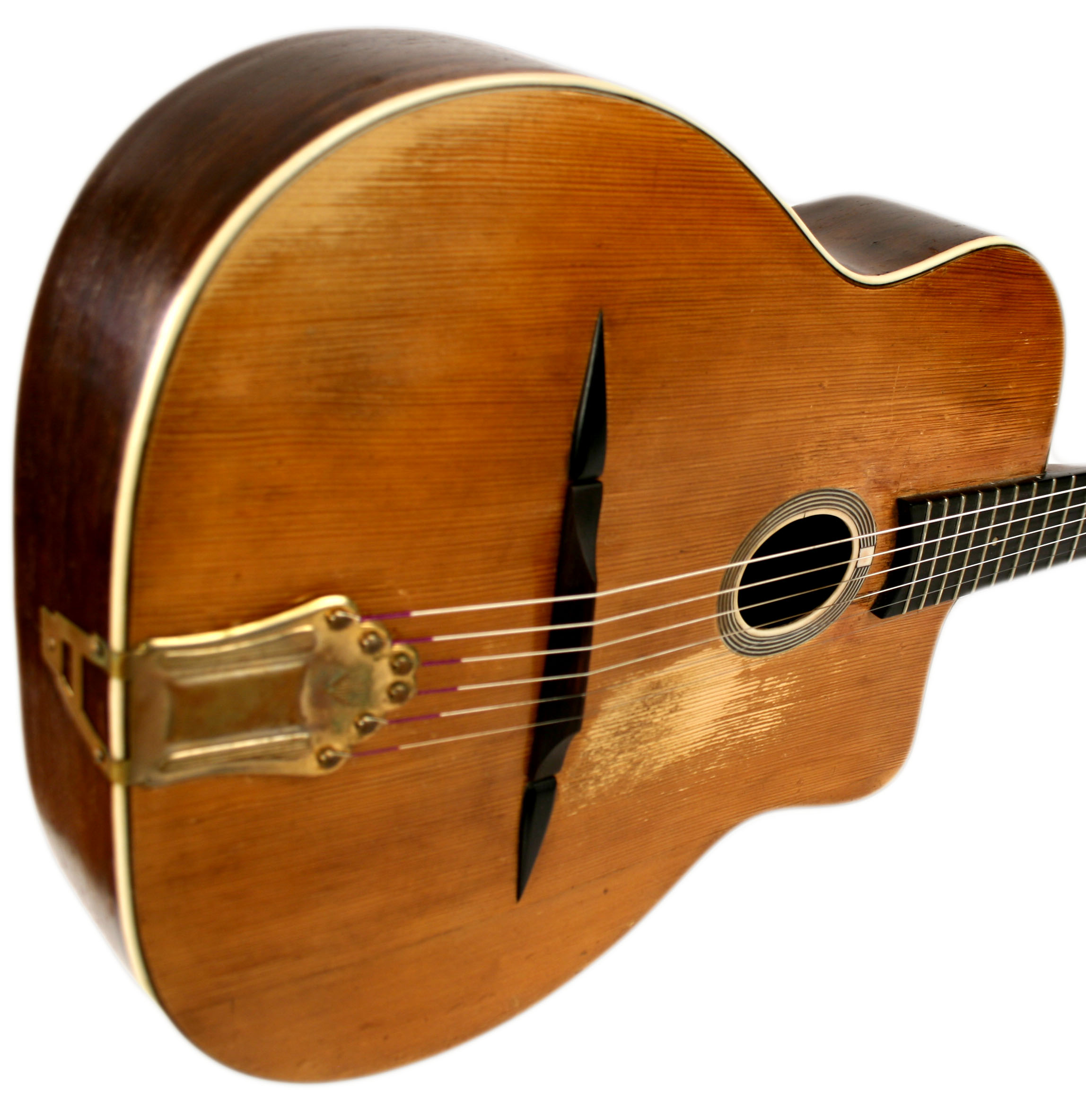 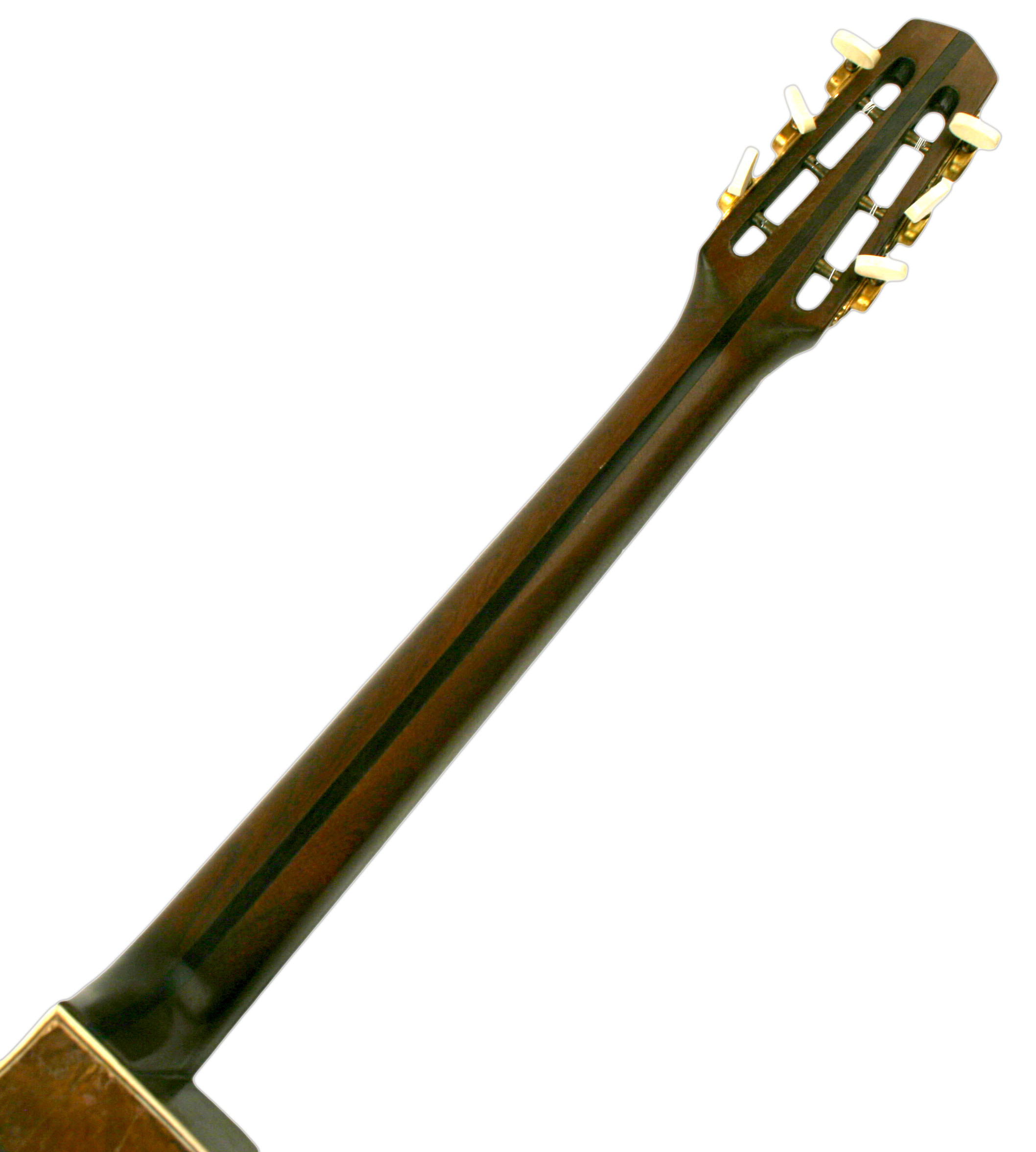 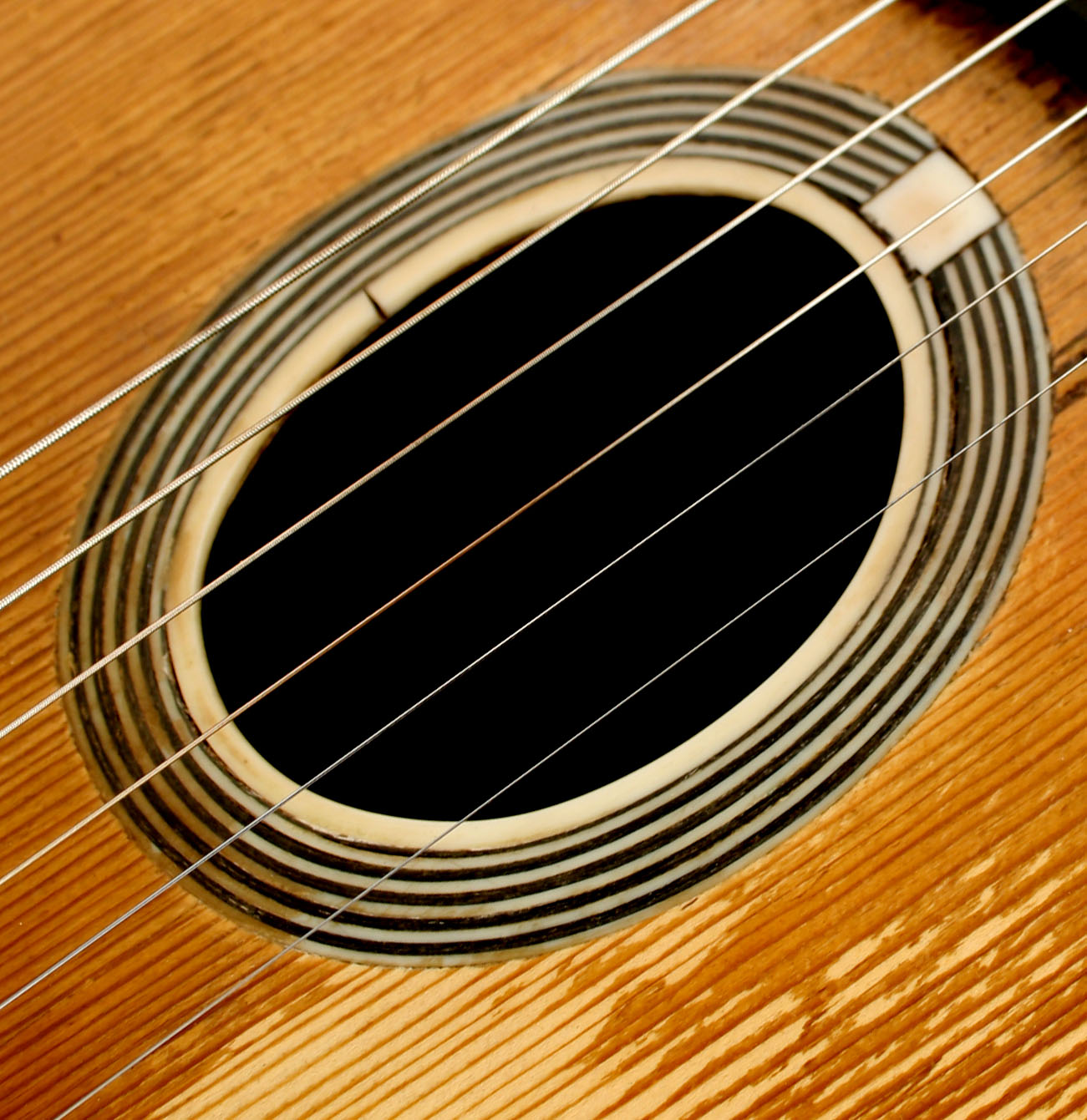 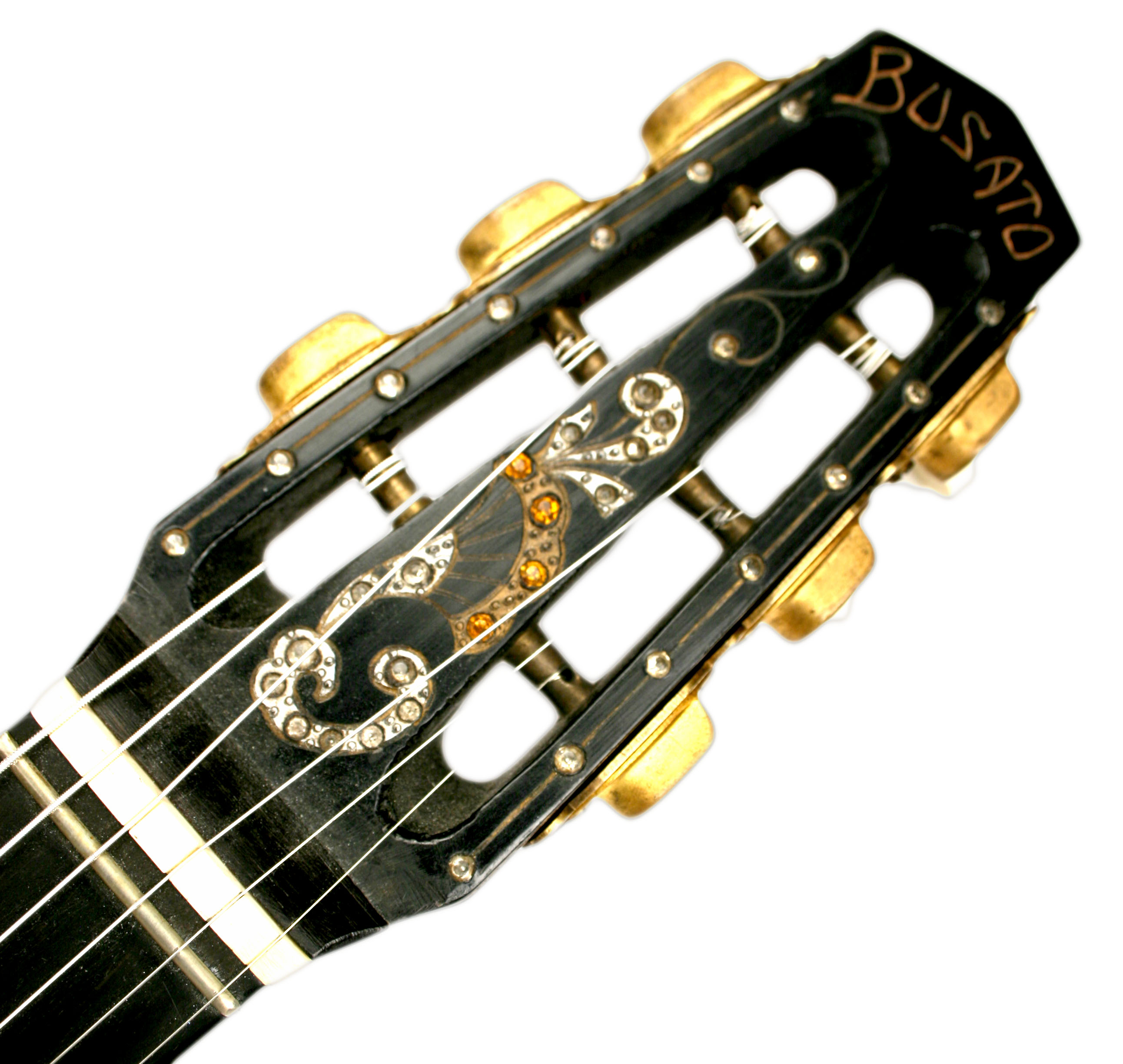 This is one of the very rare model #45 Busatos which was the the fancier, more ornate model in Busato's catalog. The rhinestone studded headstock is one-of-a-kind.

This guitar has Brazilian rosewood back and sides, a spruce top, and a three piece mahogany neck with an ebony spline in the middle. This guitar has the original BB tuners and tailpiece. The hardware is in excellent condition. The tuners are perfectly functional and turn very smoothly.

It should be noted that there were many, many Busato models. Many of which seem to be experiments. This model, which is often referred to as the "Grand Modčle" (oval hole, 14 fret neck), is the one preferred by the pros like Stochelo, Romane, Moreno, etc. Busato's catalog lists this model as item #44 or the fancier #45.

This guitar is currently strung with Argentine 10s and is incredibly easy to play. It plays like butter with no buzzes or other sonic problems. Action is comfortably low at 3mm.

This instrument is in excellent condition. It has one small top crack in the upper treble bout that has been cleated. There is some significant fret wear, but it still has a few years of playing left before requiring a refret. Otherwise, this instrument just has the sort of wear you'd expect of an instrument of this age (i.e. small scratches, dings, pickwear, etc.) It's extremely rare to find a Busato that is so well preserved, and even rarer to find the elusive Modele #45 in such fine condition!