Busato Rare, highly ornate, deluxe model. Exquisite tone, in fact the best sounding example we've ever heard! Arts & Entertainment busato-grand-modele-deluxe-2 Modele #45 5.0 1
roch
5 5
I have played this guitar at jams and gigs many times.. If you want to be the baddest dude in the room with a guitar that is crystal clear, and that cuts like a machine gun, this is the one....Crazy easy to play... lower action than my high end Duponts. Too Good....
View Offer DjangoBooks.com https://www.djangobooks.com/Item/busato-grand-modele-deluxe-2
Location
Location
Home / Previously Sold / Busato Guitars / 1940s Busato Modele #45 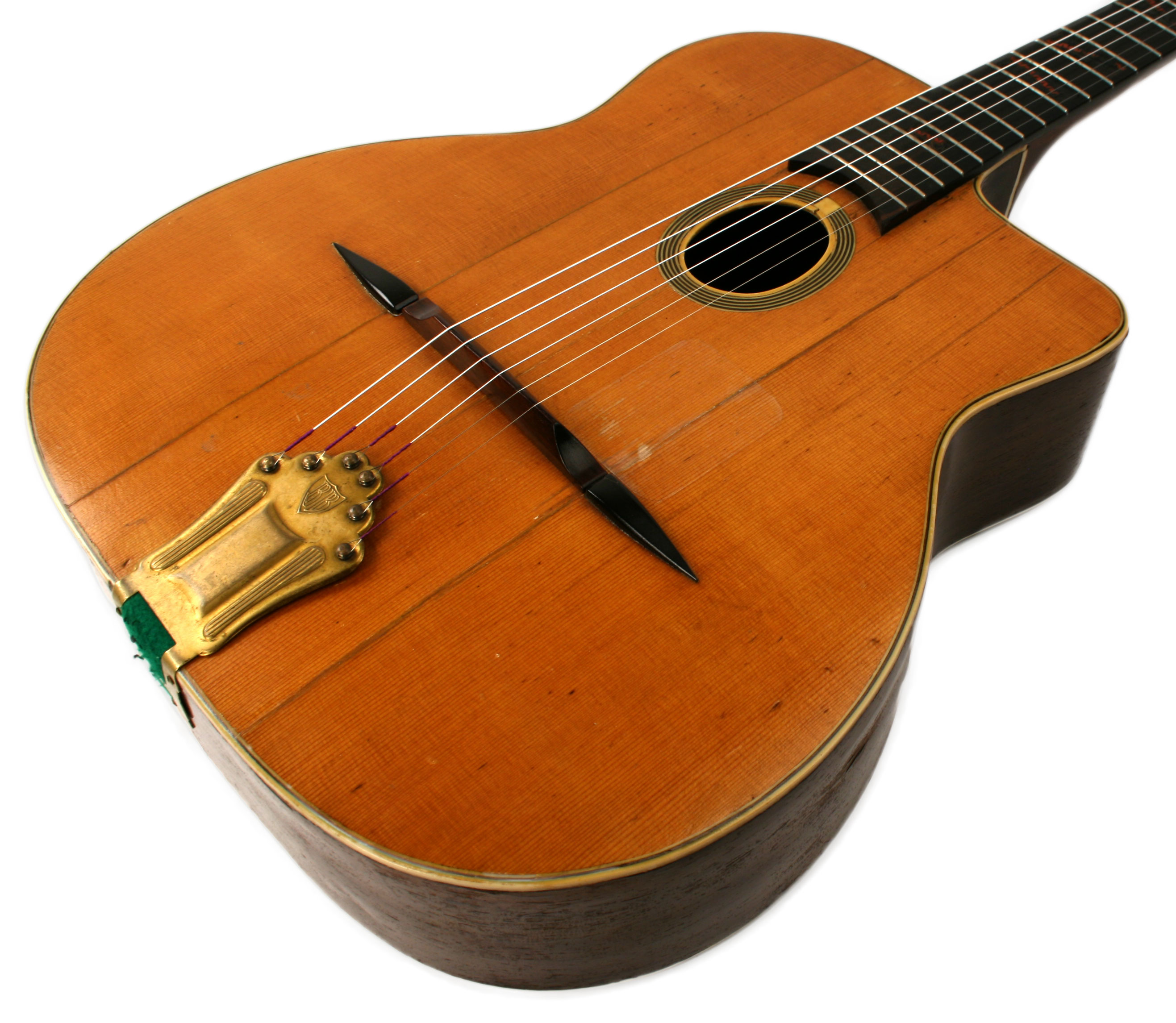 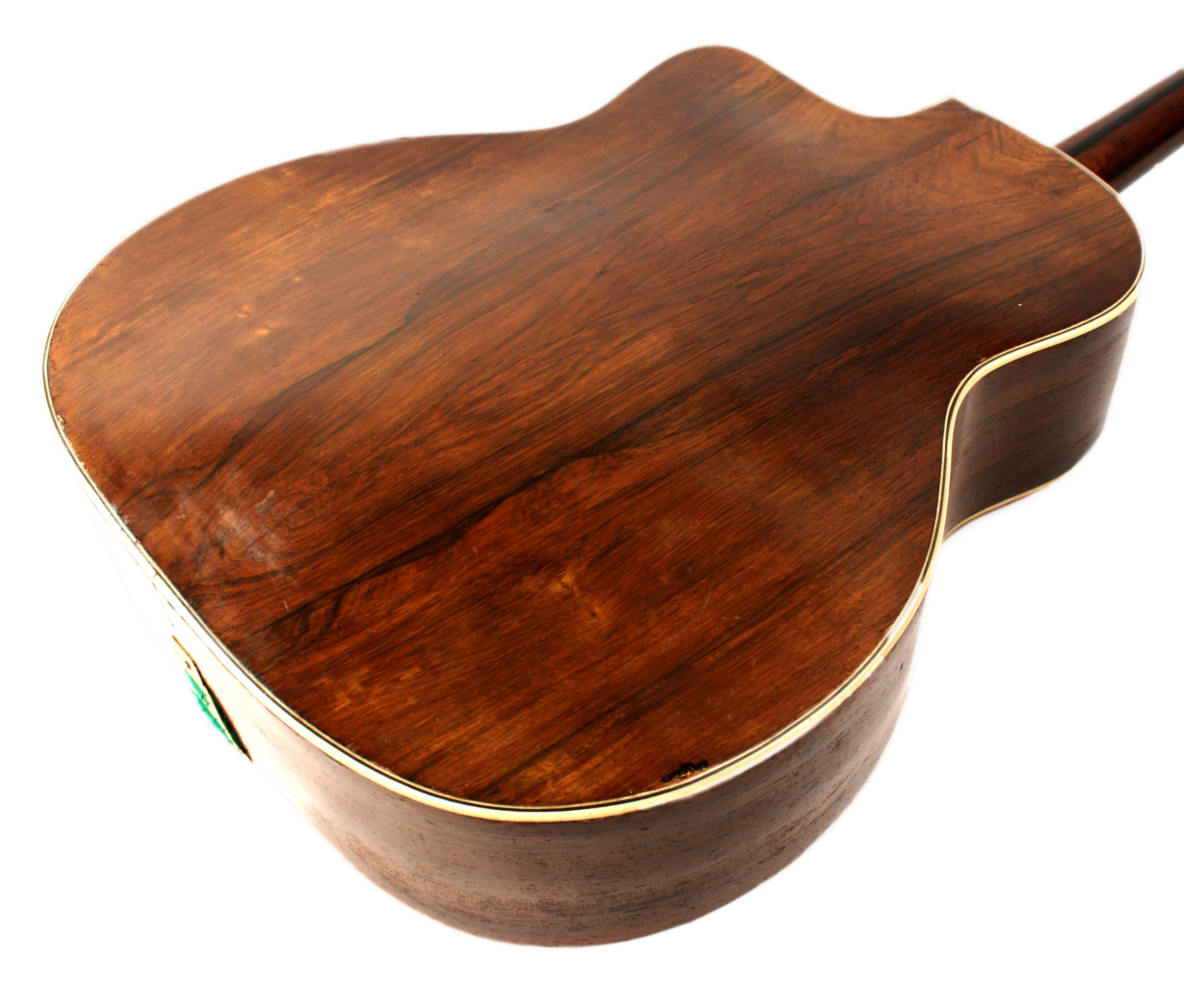 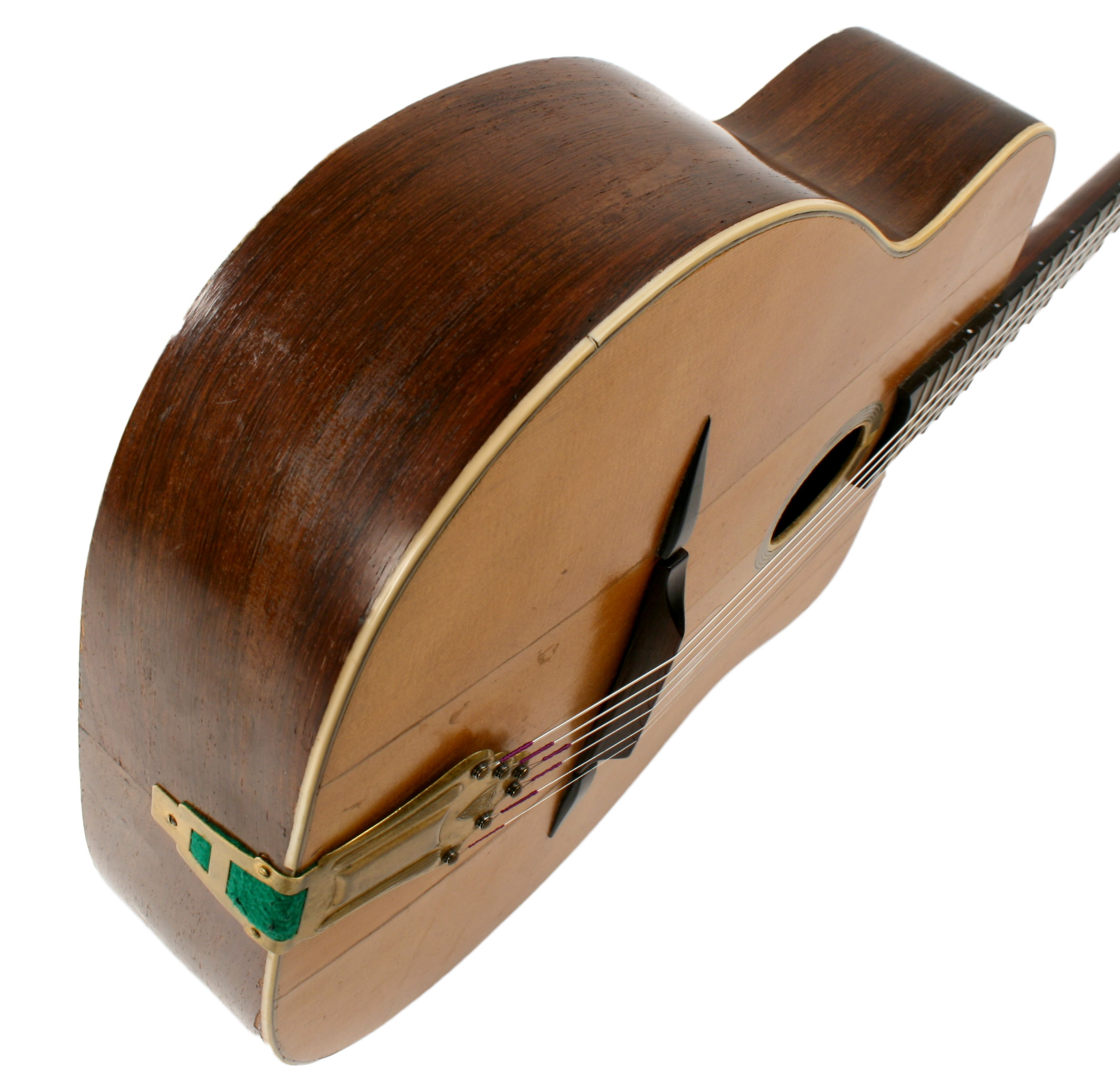 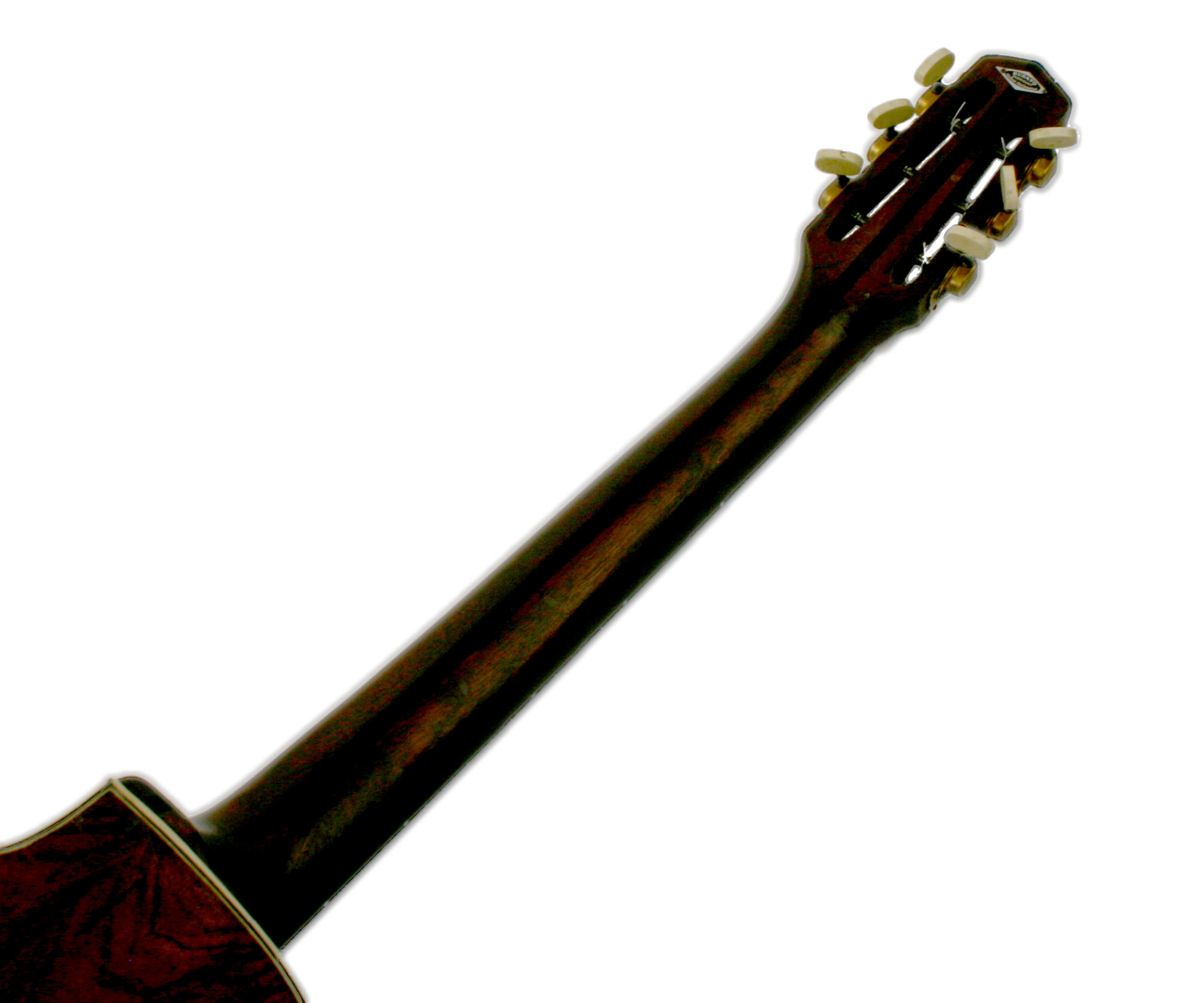 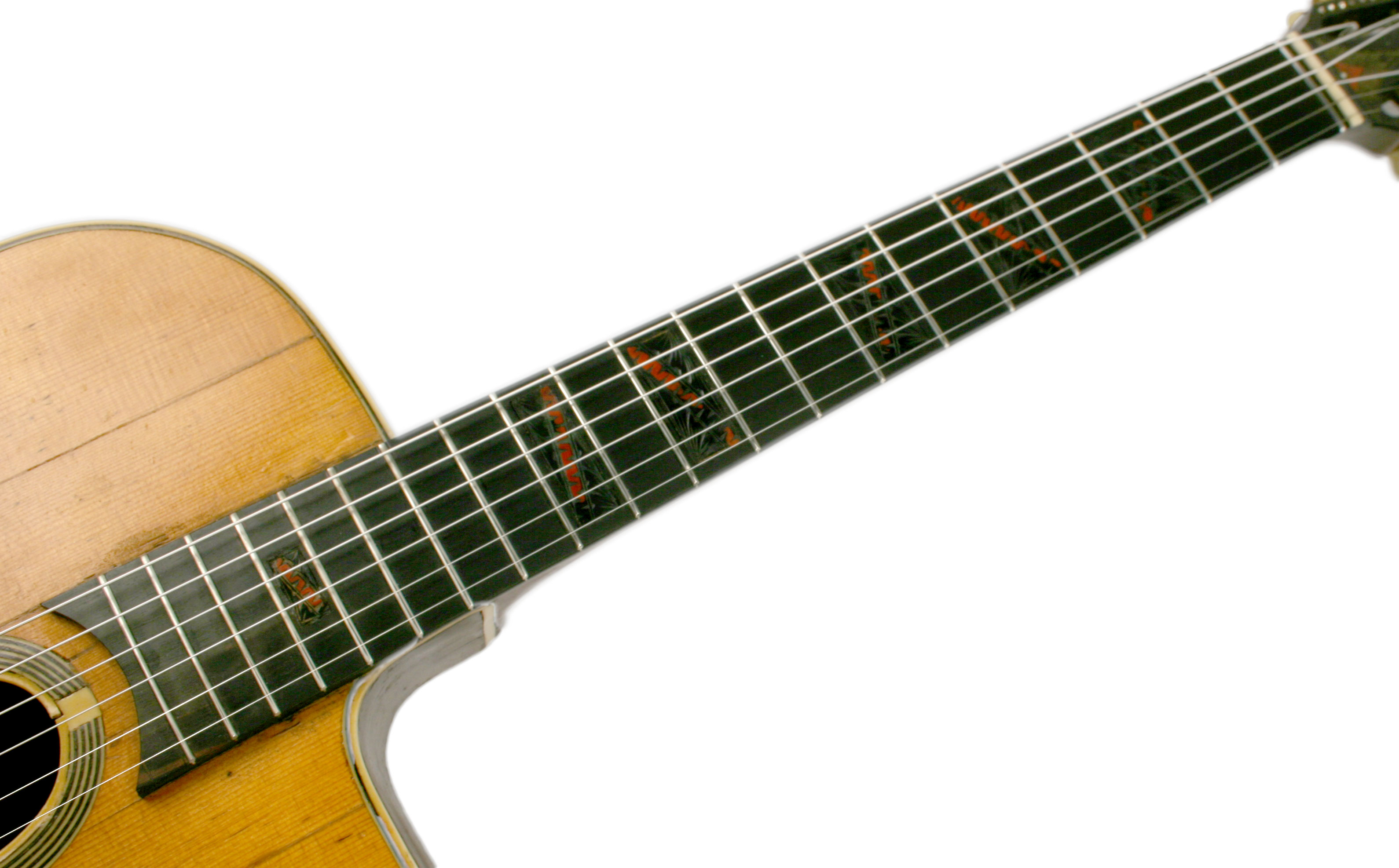 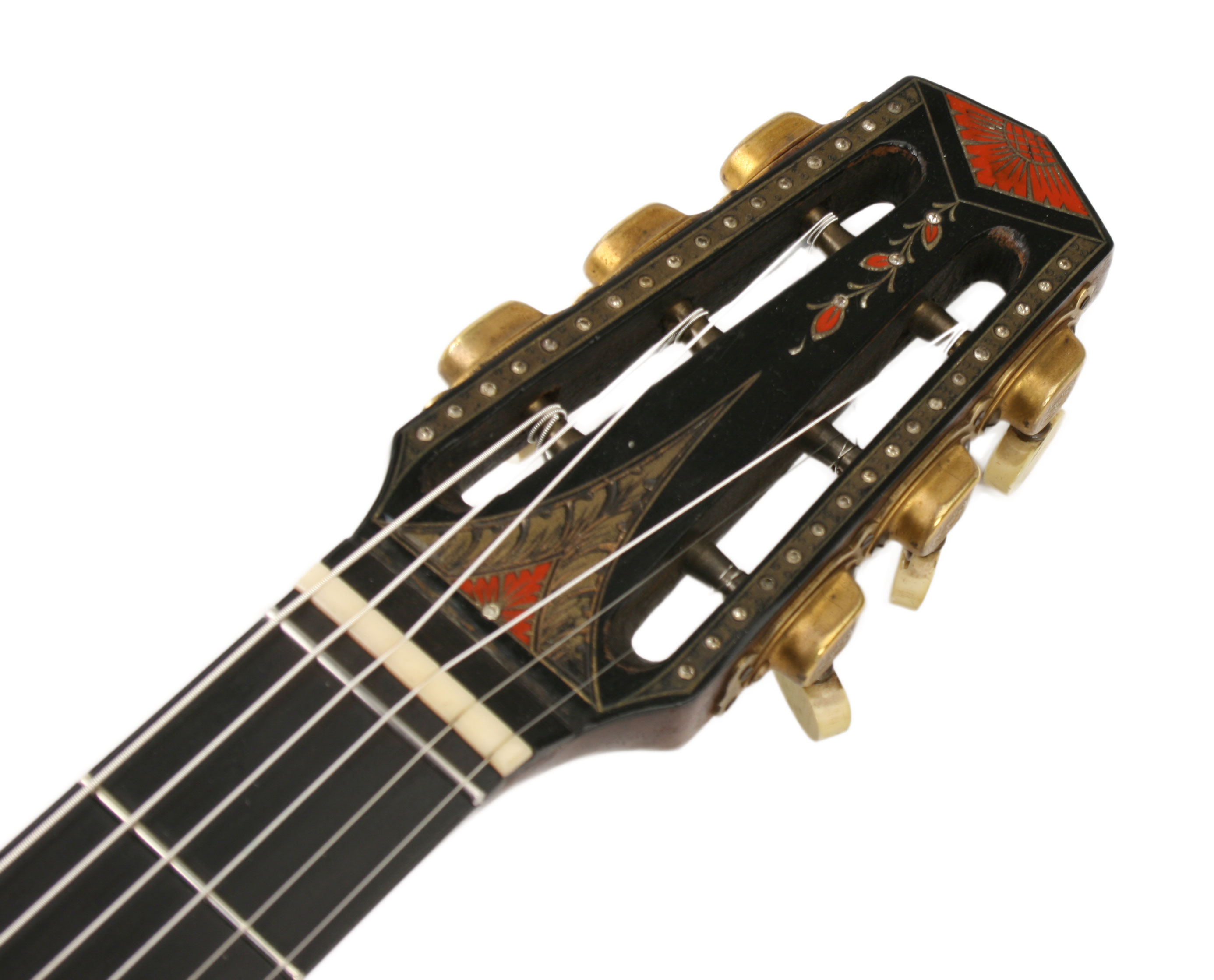 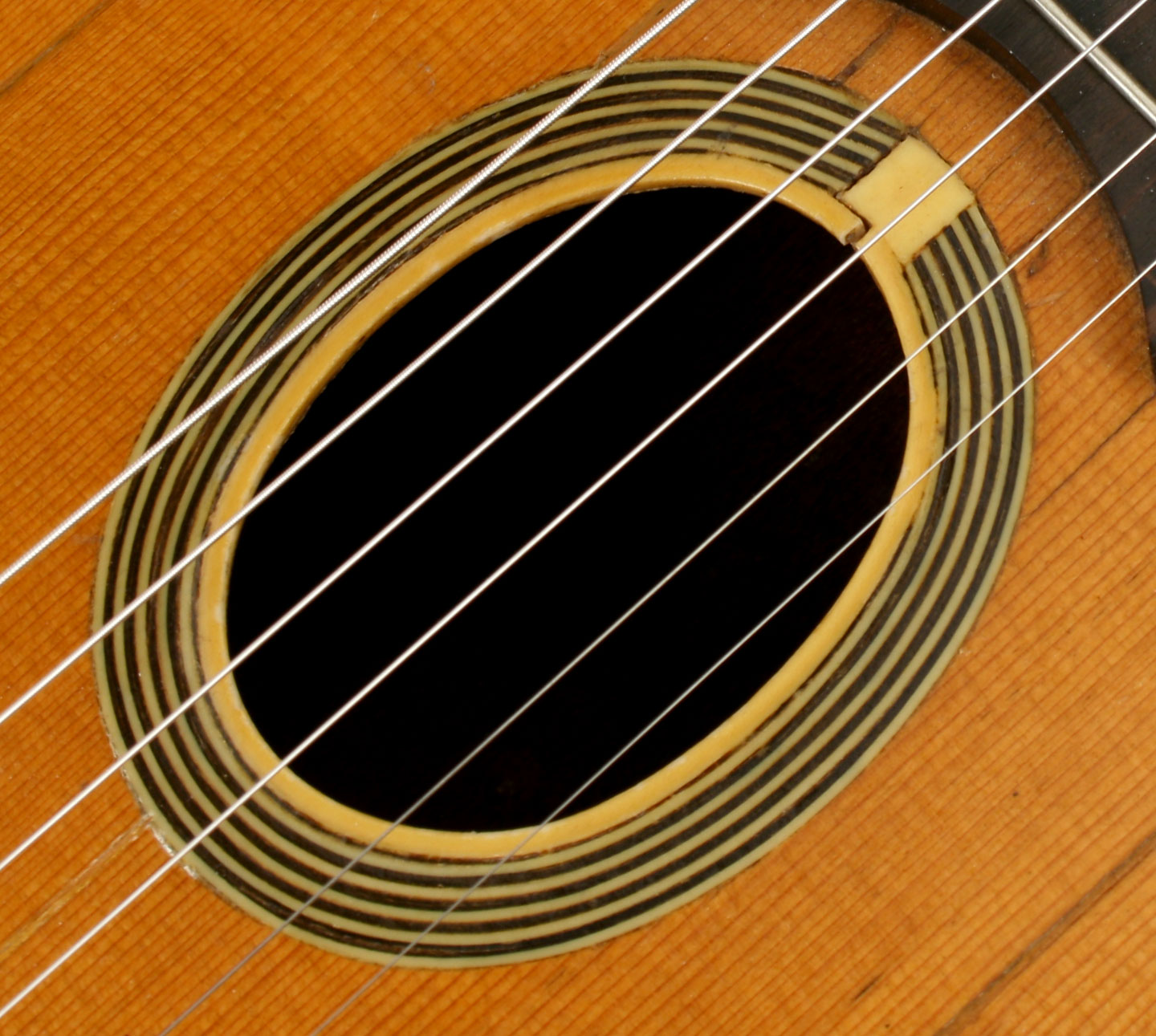 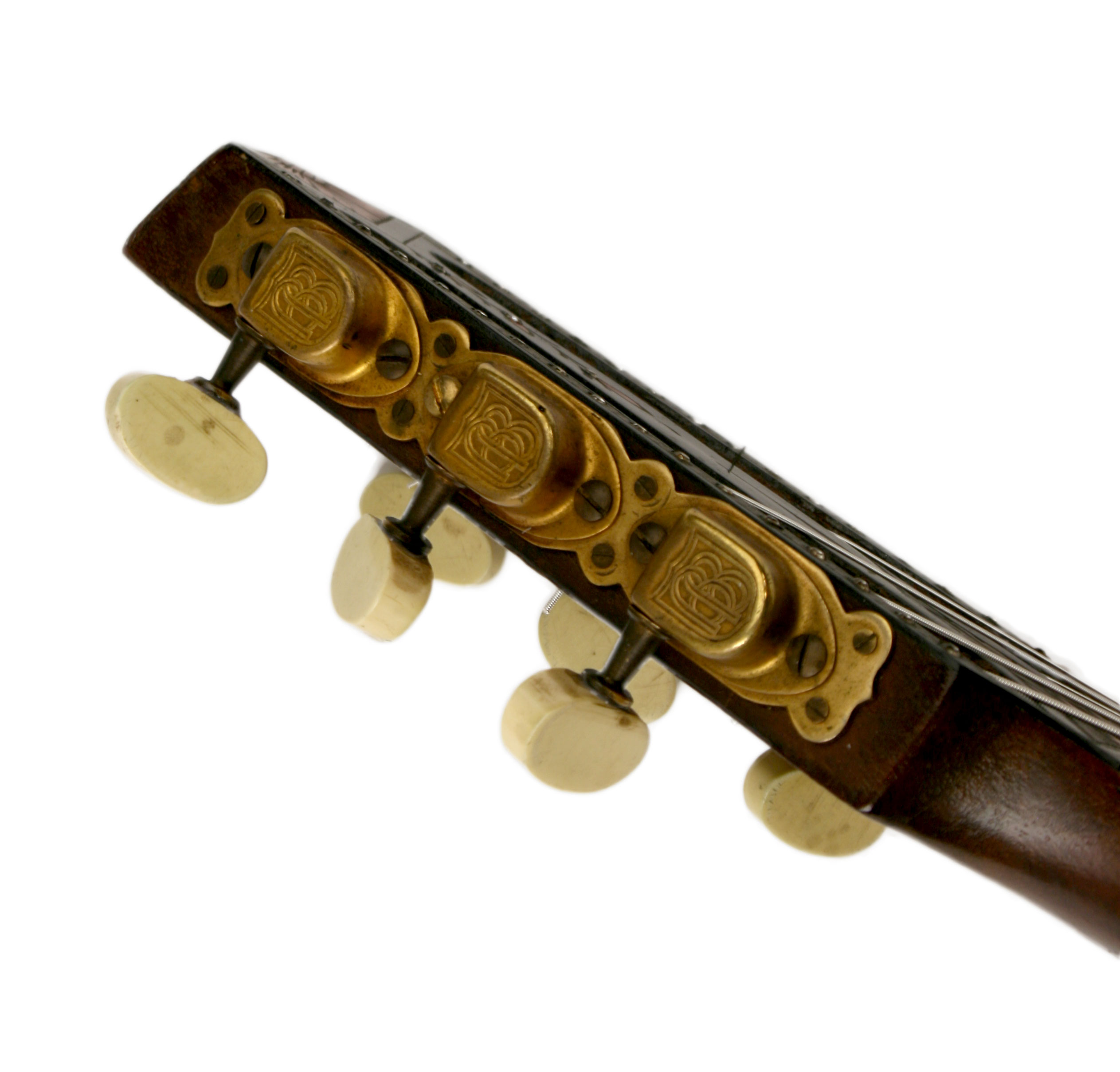 This was my own personal Busato for ten years. Over that time, not a single Busato, Selmer, or other instrument came through the shop that could match the sound of this one. It is an exceptional instrument who's bewildering tone and projection has wowed players and luthiers alike. Additionally, it is one of the very rare model #45 Busatos which was the the fancier, more ornate model in Busato's catalog. The rhinestone studded headstock and ornate fingerboard inlays are gorgeous and one-of-a-kind.

This guitar has Brazilian Rosewood back and sides, a spruce top, and a three piece mahogany neck with an ebony spline in the middle. The top is actually 5 separate pieces of spruce which is very common for Busatos. So many of the "cracks" you see are actually the seams of the 5 pieces. This guitar has the original BB tuners and tailpiece. The hardware is in excellent condition save for a small bend in one of the tuning shafts. The tuners are perfectly functional and turn very smoothly.

It should be noted that there were many, many Busato models. Many of which seem to be experiments. This model, which is often referred to as the "Grand Modčle" (oval hole, 14 fret neck), is the one preferred by the pros like Stochelo, Romane, Moreno, etc. Busato's catalog lists this model as item #44 or the fancier #45.

The original fingerboard was replaced, but the original ornate fingerboard inlays were expertly reset in the new neck by renowned guitar tech Mike Lull. Additionally, the frets were leveled using a PLEK machine,resulting in a precision setup normally not possible via traditional hand methods. You won't find a better playing guitar, vintage or new.


This guitar is currently strung with Argentine 10s and is incredibly easy to play. It plays like butter with no buzzes or other sonic problems. Action is shockingly low at 2.6mm! Very few new guitars can get that low and still sound good.

This guitar has the original Busato metal name plate on the headstock with the Boulevard de Ménilmontant address.

I have played this guitar at jams and gigs many times.. If you want to be the baddest dude in the room with a guitar that is crystal clear, and that cuts like a machine gun, this is the one....Crazy easy to play... lower action than my high end Duponts. Too Good....