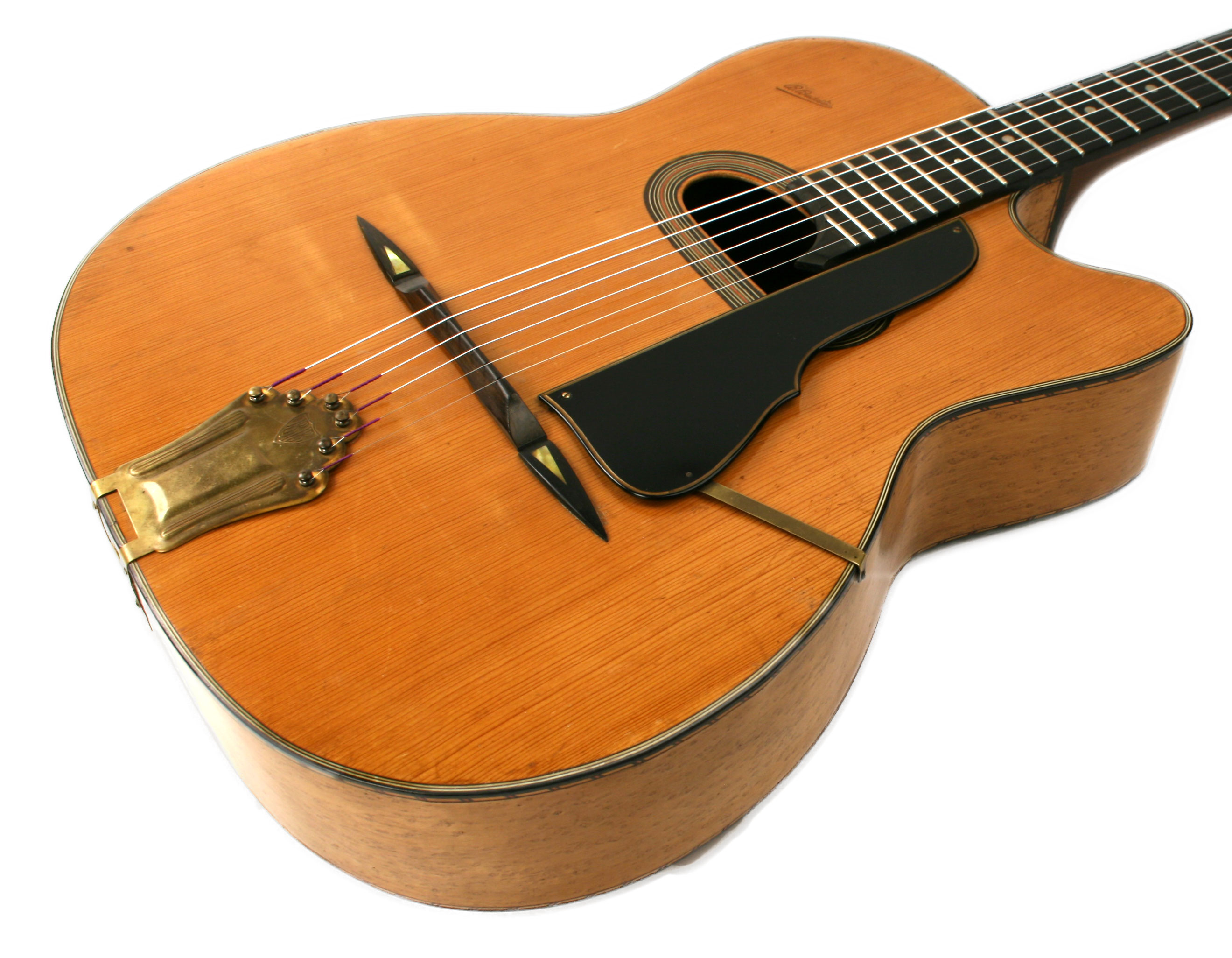 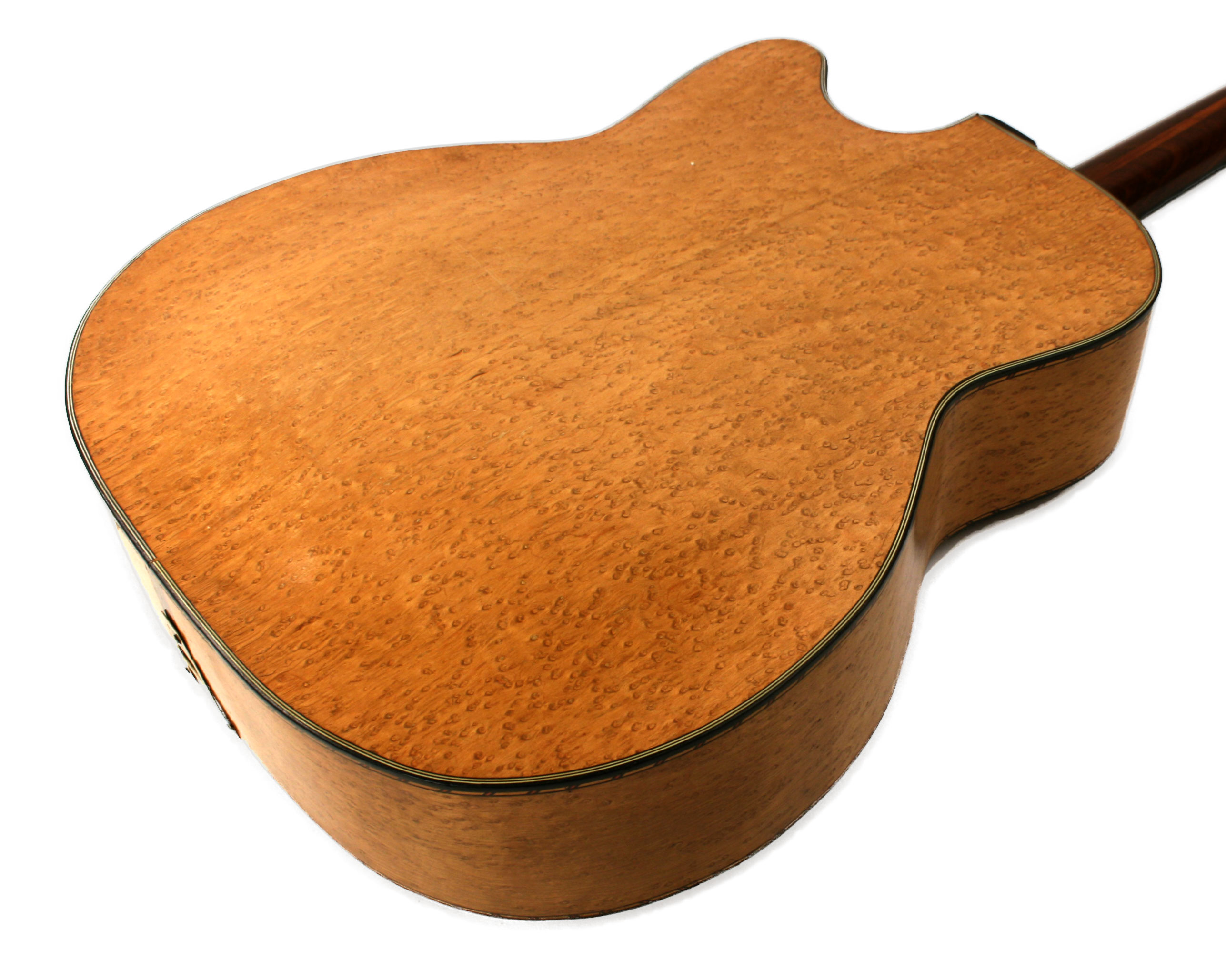 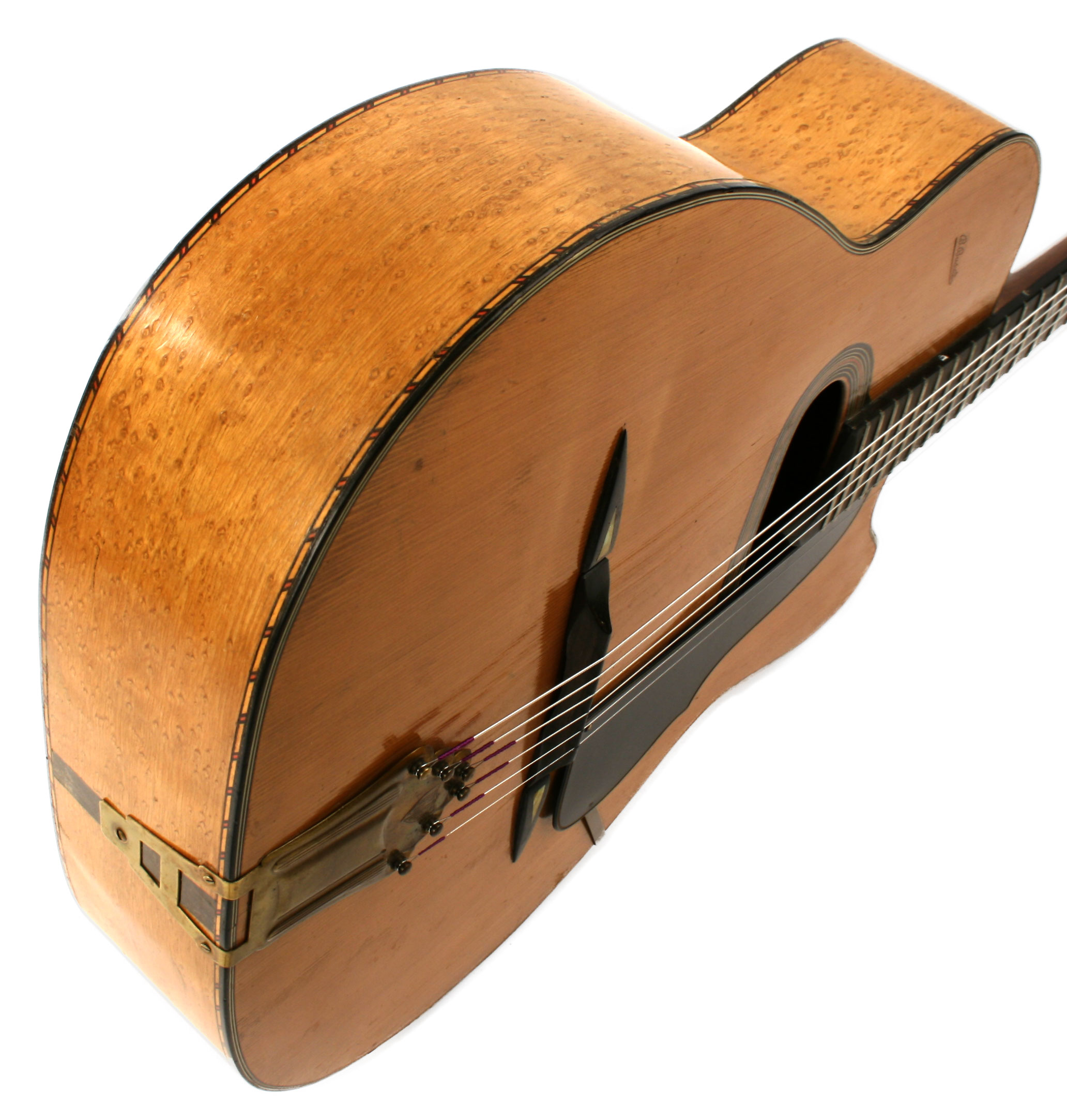 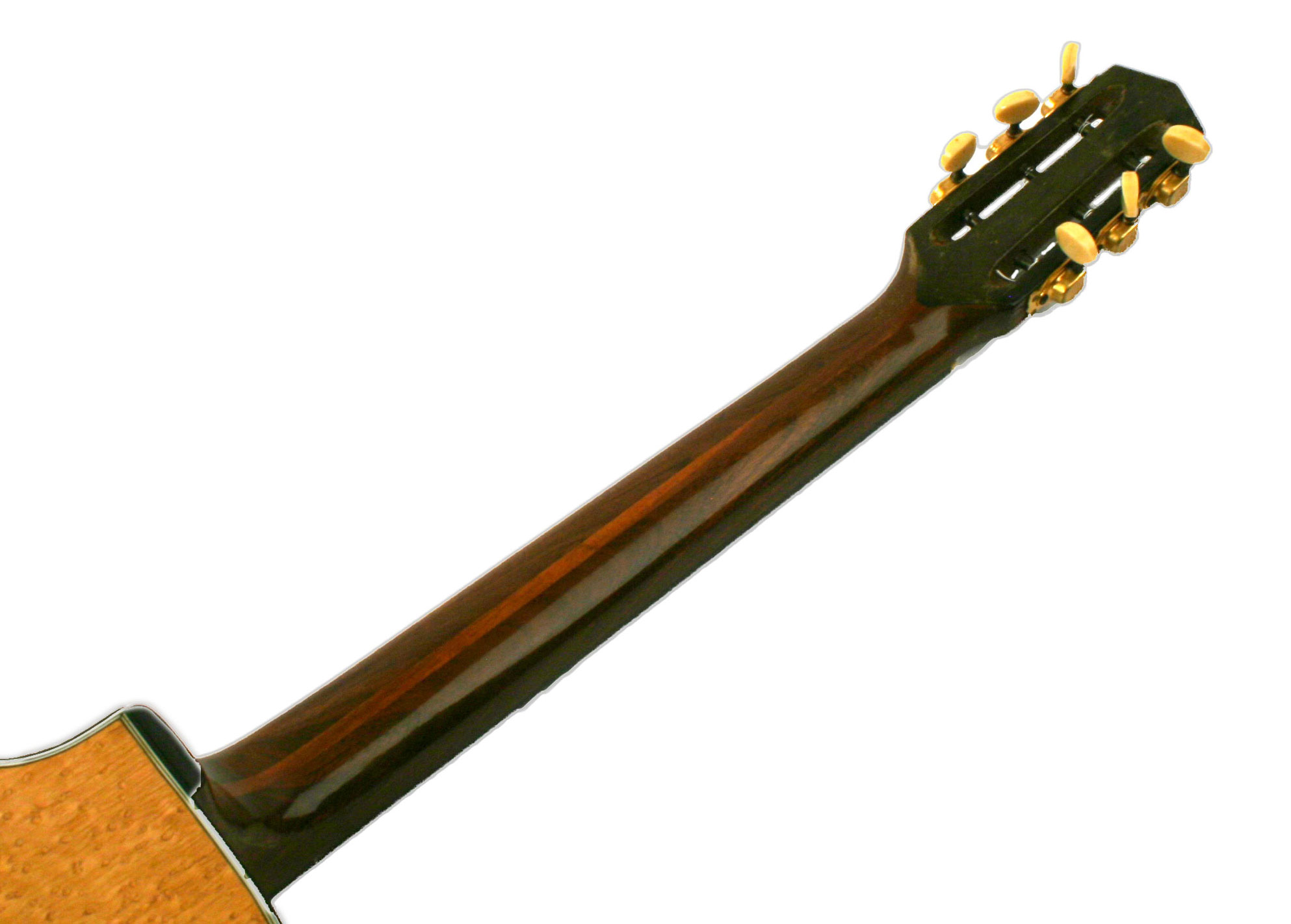 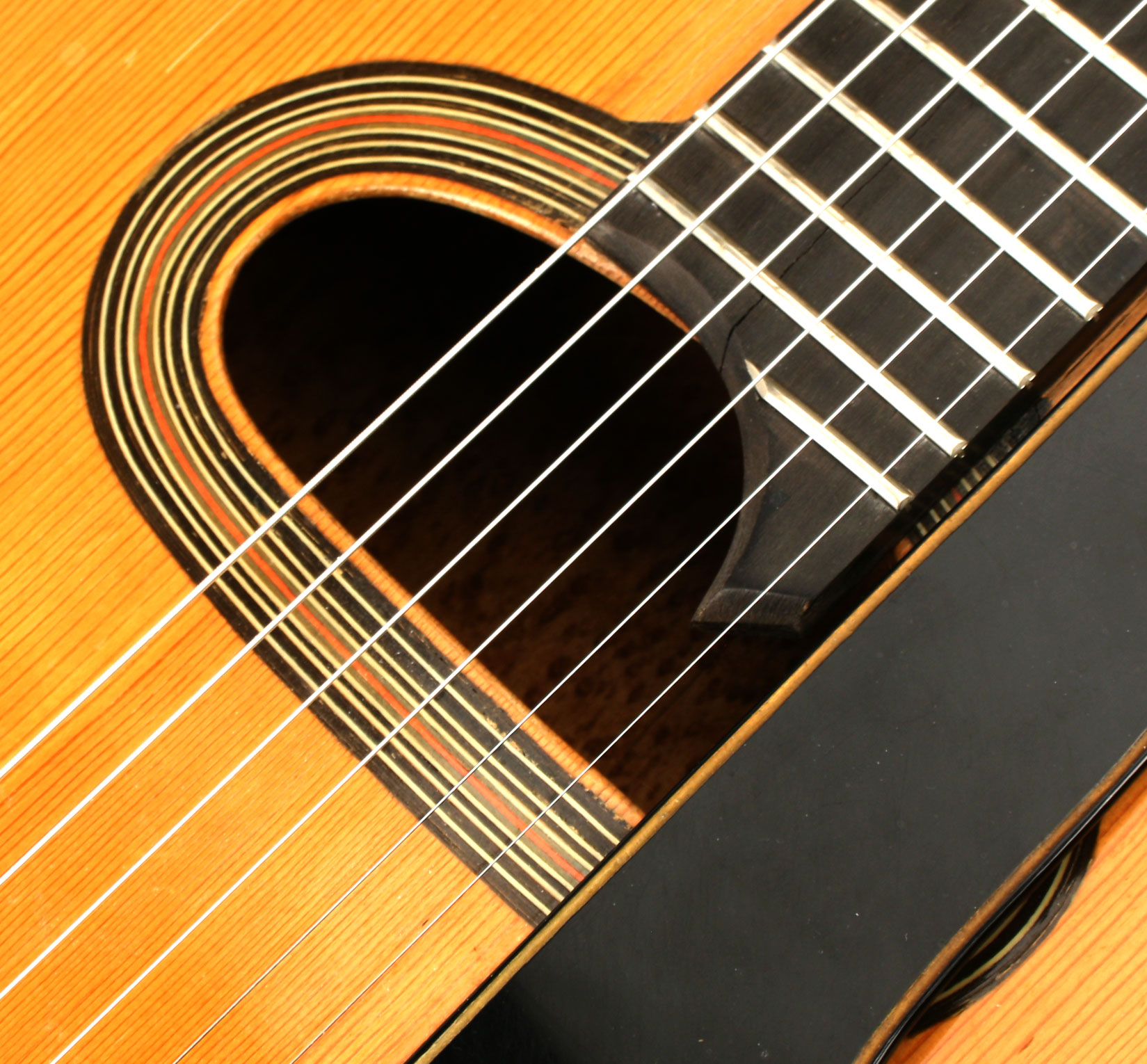 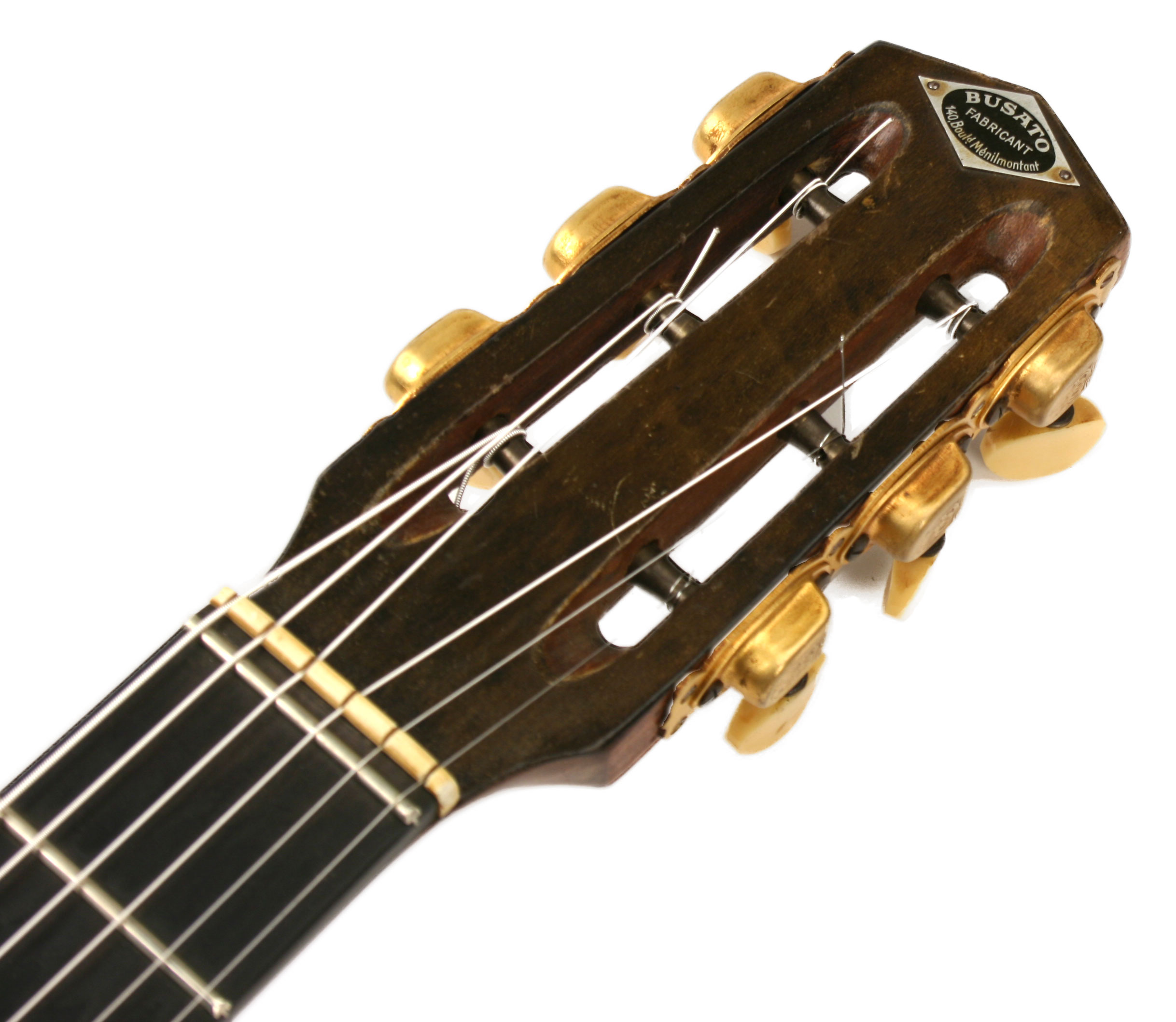 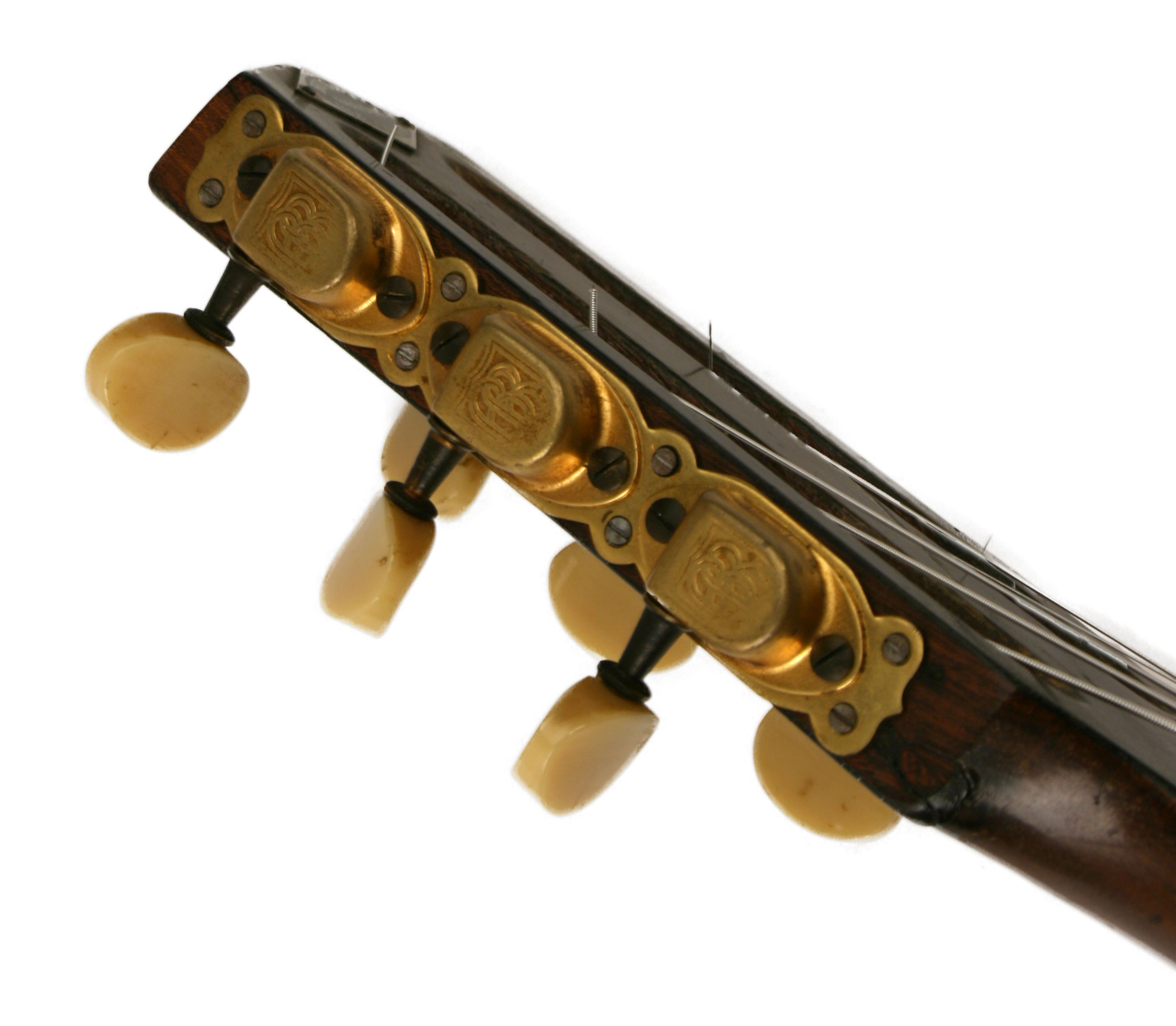 Follow Us Follow Us Follow Us Follow Us
Submit a Review
1950s Busato D Hole
This guitar was built by the Busato workshop located at 4, cite Griset Paris, France. Owned and operated by the esteemed Ventian entrepreneur and instrument maker Bortolo Busato (1902-1960,) this workshop produced some of the most of sought-after guitars of the “Golden Era” of Gypsy jazz (1932-1953.) Known for their exceptional tone and projection, Busato guitars are associated with the great Belgian guitarist Django Reinhardt, as well as many contemporary Gypsy jazz guitarists such as Stochelo Rosenberg, Romane, and Moreno, making them highly valuable to players and collectors. This one-of-a-kind model was built late in Busato’s career, probably in the early 1950s. It features an unusual combination of Selmer Maccaferri specifications (i.e. bent top, slotted peghead, D soundhole, solidwood bridge, etc) and American archtop guitar influences (i.e. Venetian cutaway, floating pickguard, shorter 660mm scale.) This instrument is the only known example to have Busato’s marque a fer stamped into the top. Additionally, the tone and projection of this instrument rank among the best of any Busato ever produced.