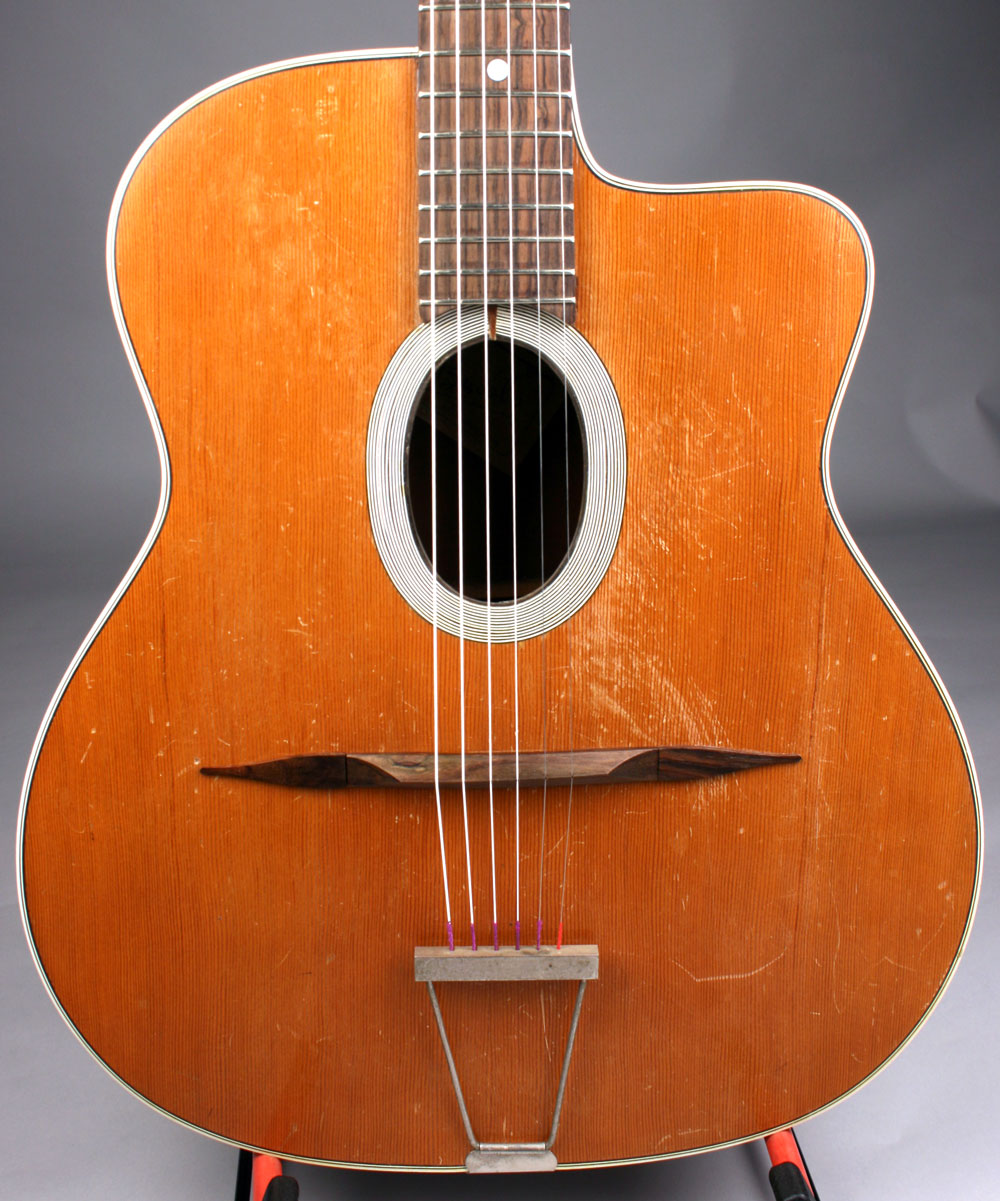 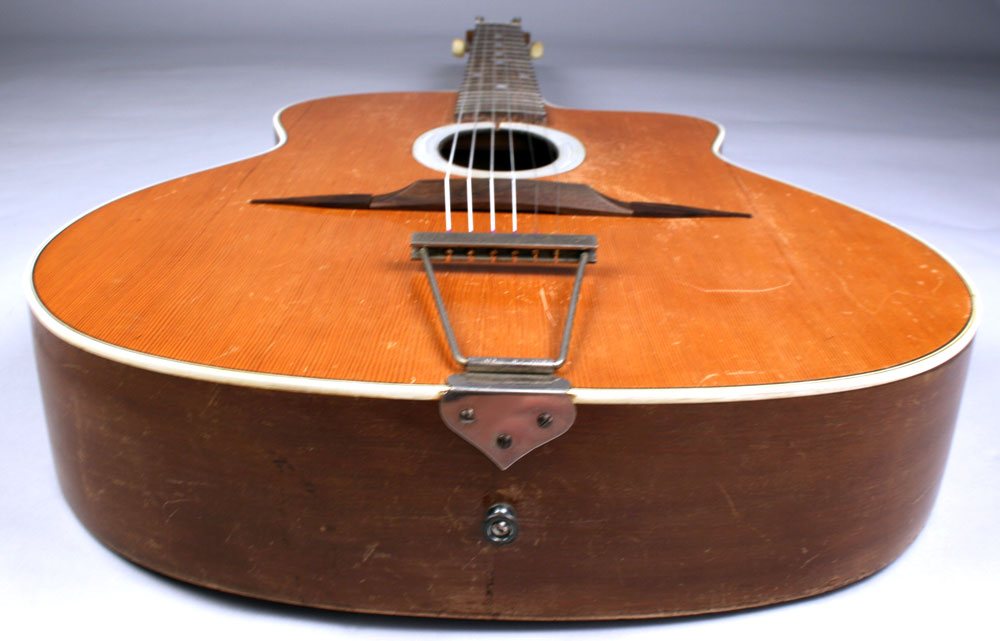 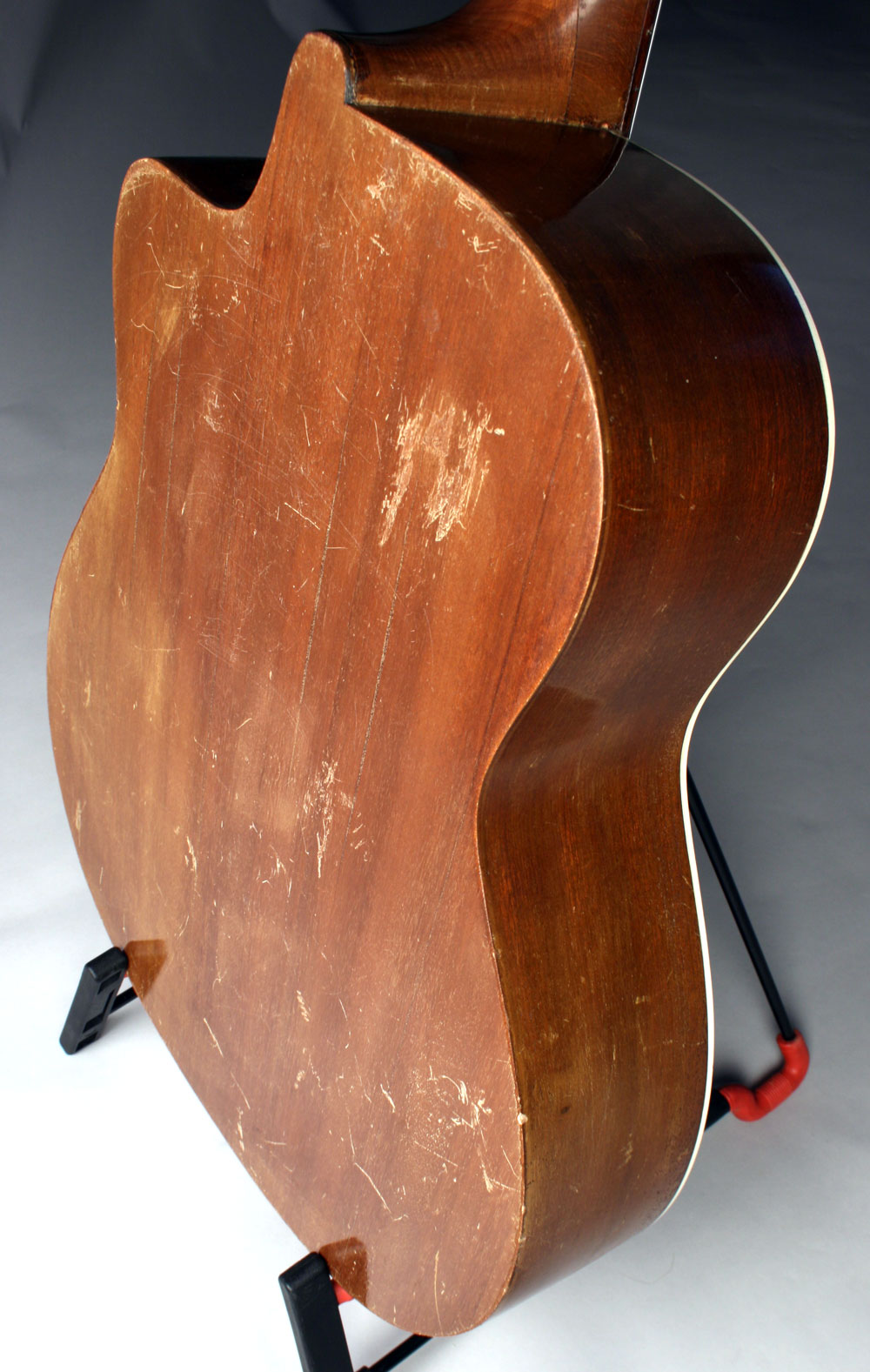 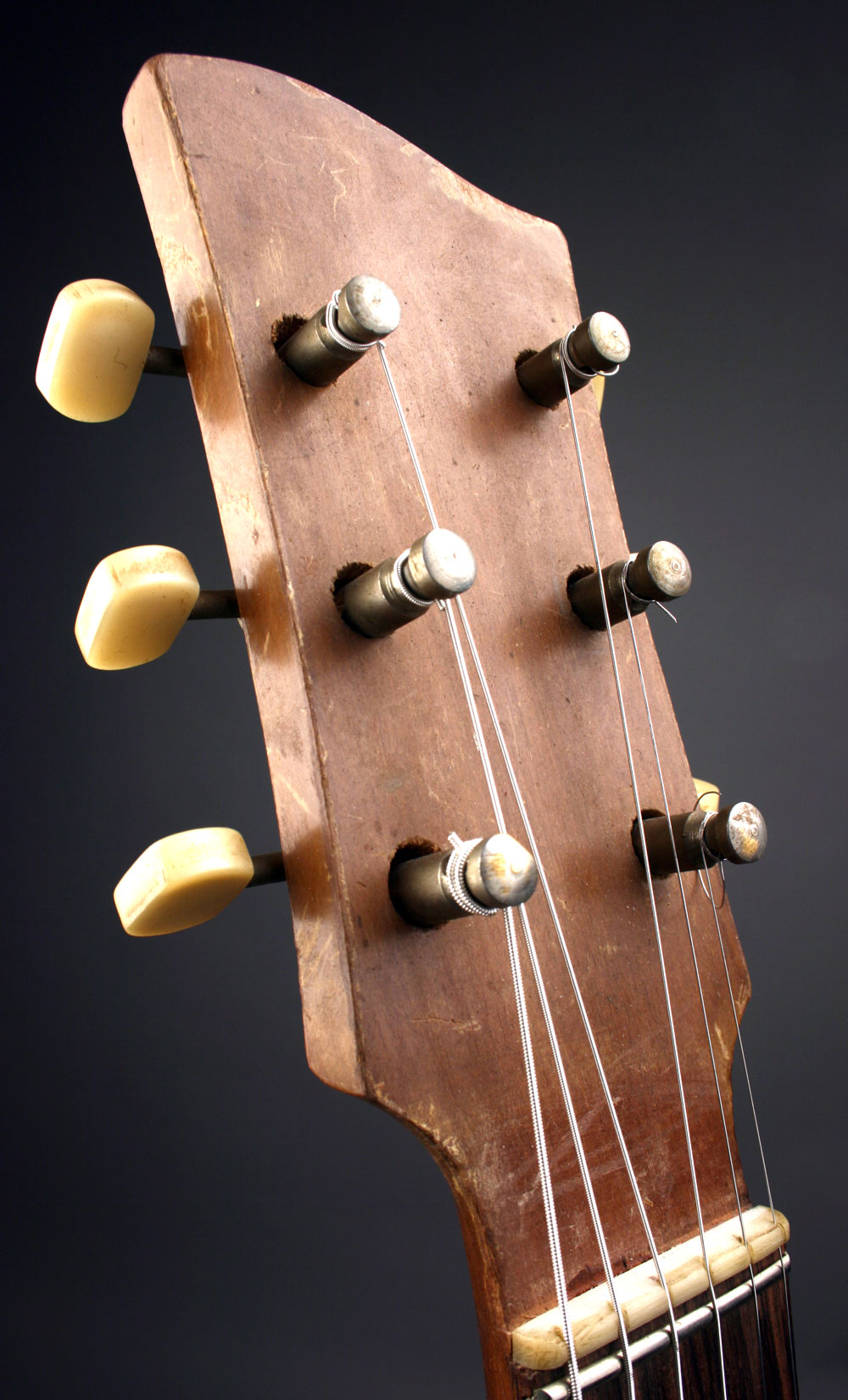 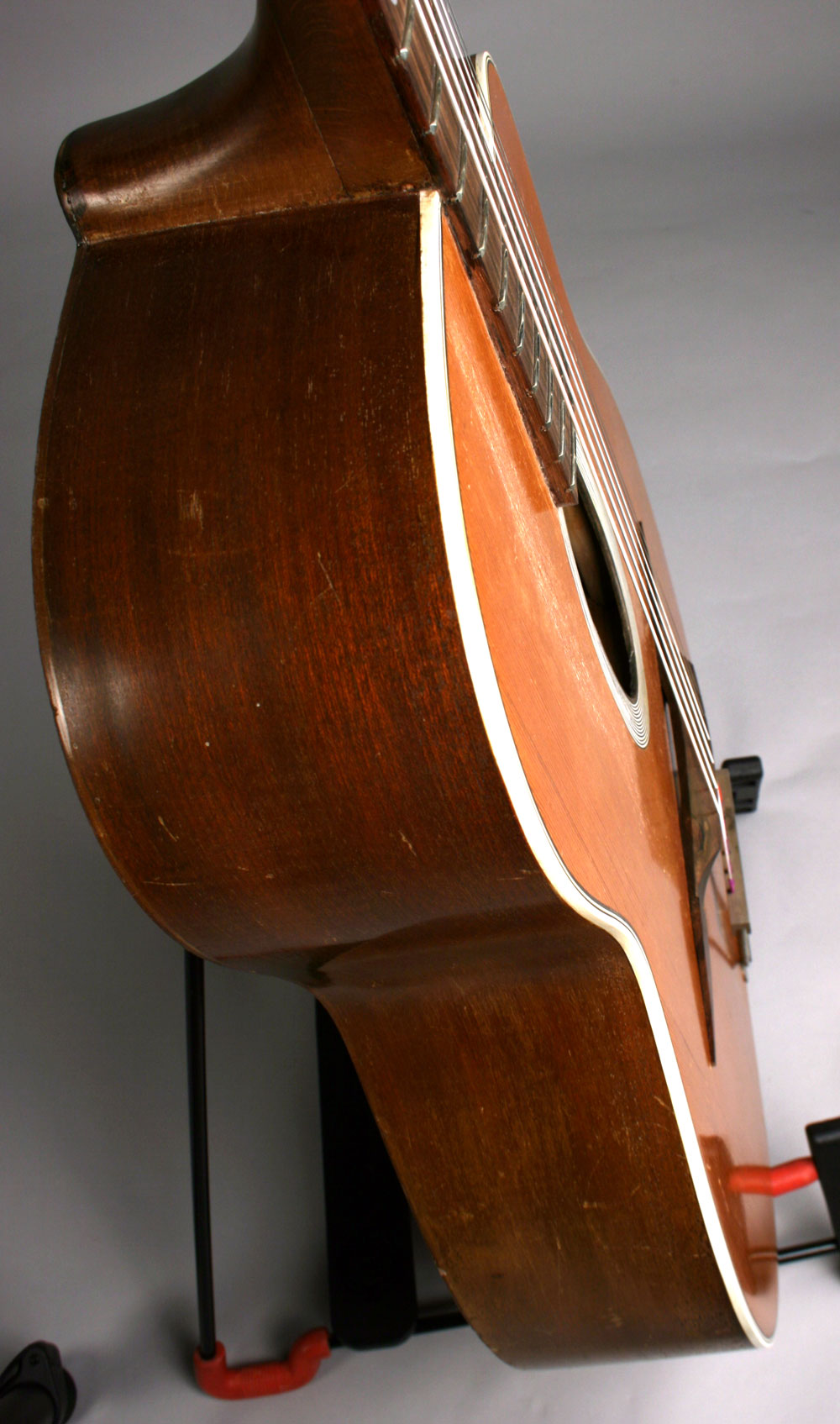 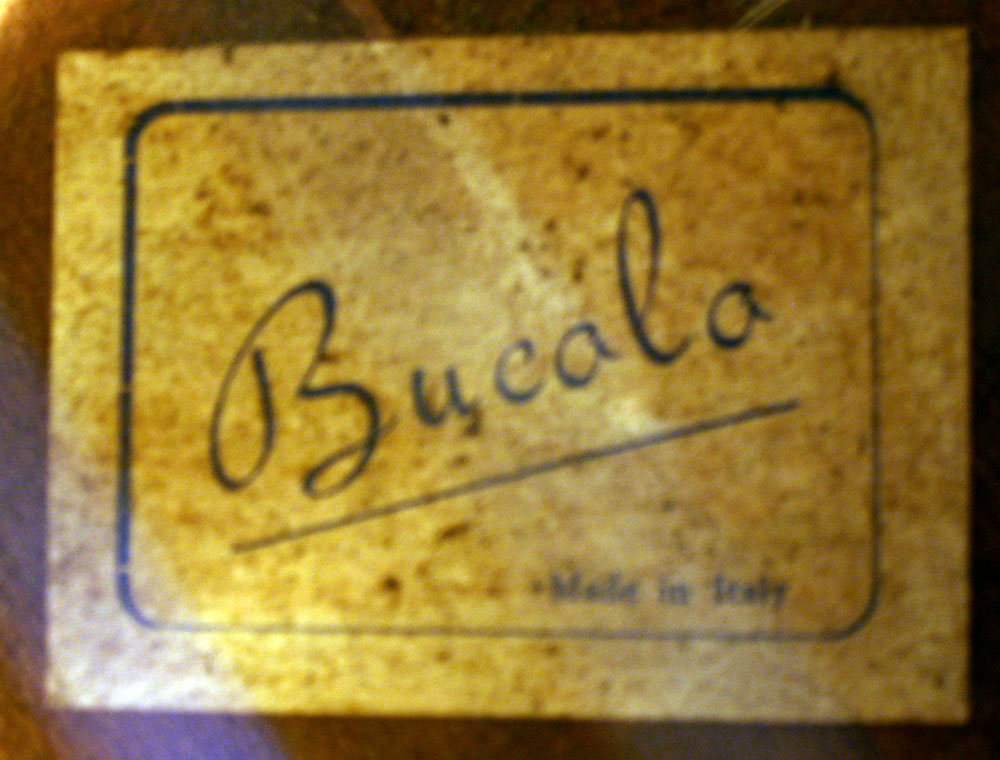 Follow Us Follow Us Follow Us Follow Us
Submit a Review
1950s Bucolo
This fantastic instrument was built sometime in the 1950s by Horace Bucolo. Bucolo was one of the many famous Sicilian luthiers to make his name in France (along with Busato, DiMauro, Catania, Anastasio, Oliveri, etc.) These luthiers all hailed from the city of Catania which was an active center for string instrument making in Sicily. They shared an approach to instrument making which produced some of the most revered and coveted "Gypsy" guitars of all time. This Bucolo guitar is an outstanding example of this unique legacy.

While the price of guitars made by Busato (along with other Italian makers such as Favino and Maccaferri) have skyrocketed in recent years, the prices of Bucolo's instruments have remained relatively moderate (which is due at least in part to their extreme scarcity.) However, after playing this instrument, I think anyone would agree that this Bucolo guitar is on par with most of it's higher priced peers.

This instrument features an easy playing 620mm short scale neck, 16" body, and a larger than normal oval soundhole. The back, sides, and neck are made of mahogany and the top is spruce. This instrument's smaller overall size allows it be ultralight and resonant while it's short scale length makes left hand stretches easier and the string tension lower. Weighing in at only 3.35 lbs, it's the lightest guitar I've ever had in the shop! It has a label which interestingly says "Made in Italy." Perhaps this guitar was made before Bucolo emigrated to France or, as some luthiers of the time were known to do, he was trying to avoid taxes on guitars he was exporting to Italy by claiming they were actually built there.

This guitar is one of the best preserved examples I've seen from this era. It has numerous dings, scratches, and finish wear but miraculously there are no cracks. The neck has been reset, the fingerboard was replaned, and the frets replaced. It is setup with comfortable 3.2mm action. As you'd expect, it plays very easily, much like that of a new Dupont. Playability is one of the biggest challenges with vintage guitars, so it's a relief this one is setup so well.


Tonally this guitar ranks alongside some of the best, and usually much more expensive, vintage Busatos, Selmers, Favios, etc. It has everything people look for in the best Gypsy guitars: good projection, dryness, clarity, and balance. First and foremost, it has a wonderful, dry tone which is free of the aggravating overtone ringing that plagues so many new guitars. Additionally, the tone is just brimming with character. Every note has so much personality, such that even the simplest melodies sound full and complete all on their own. You simply can't find new guitars that posses this rare combination of qualities. Only 50+ years of age and old world materials and building techniques yield such exquisite results.