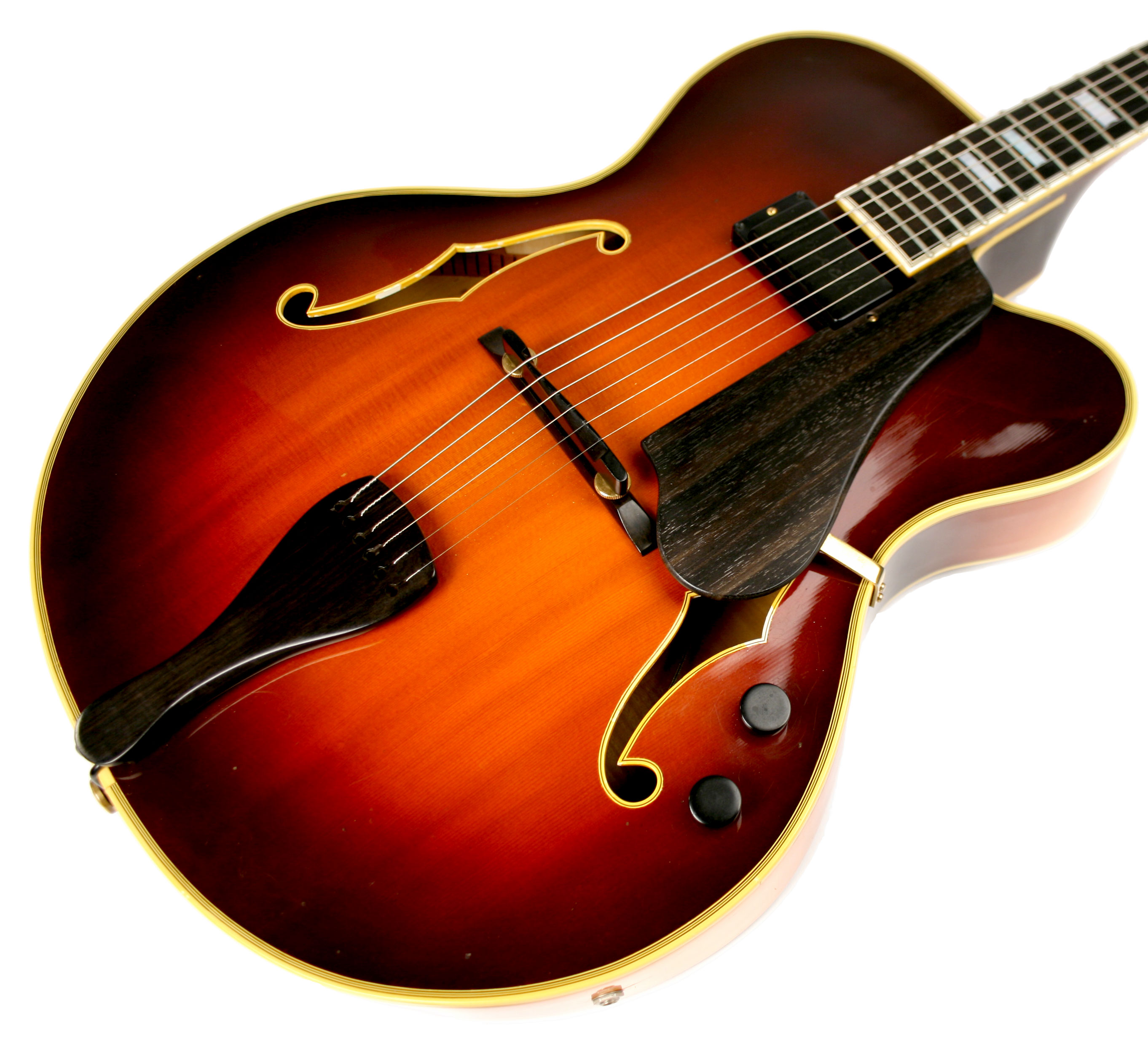 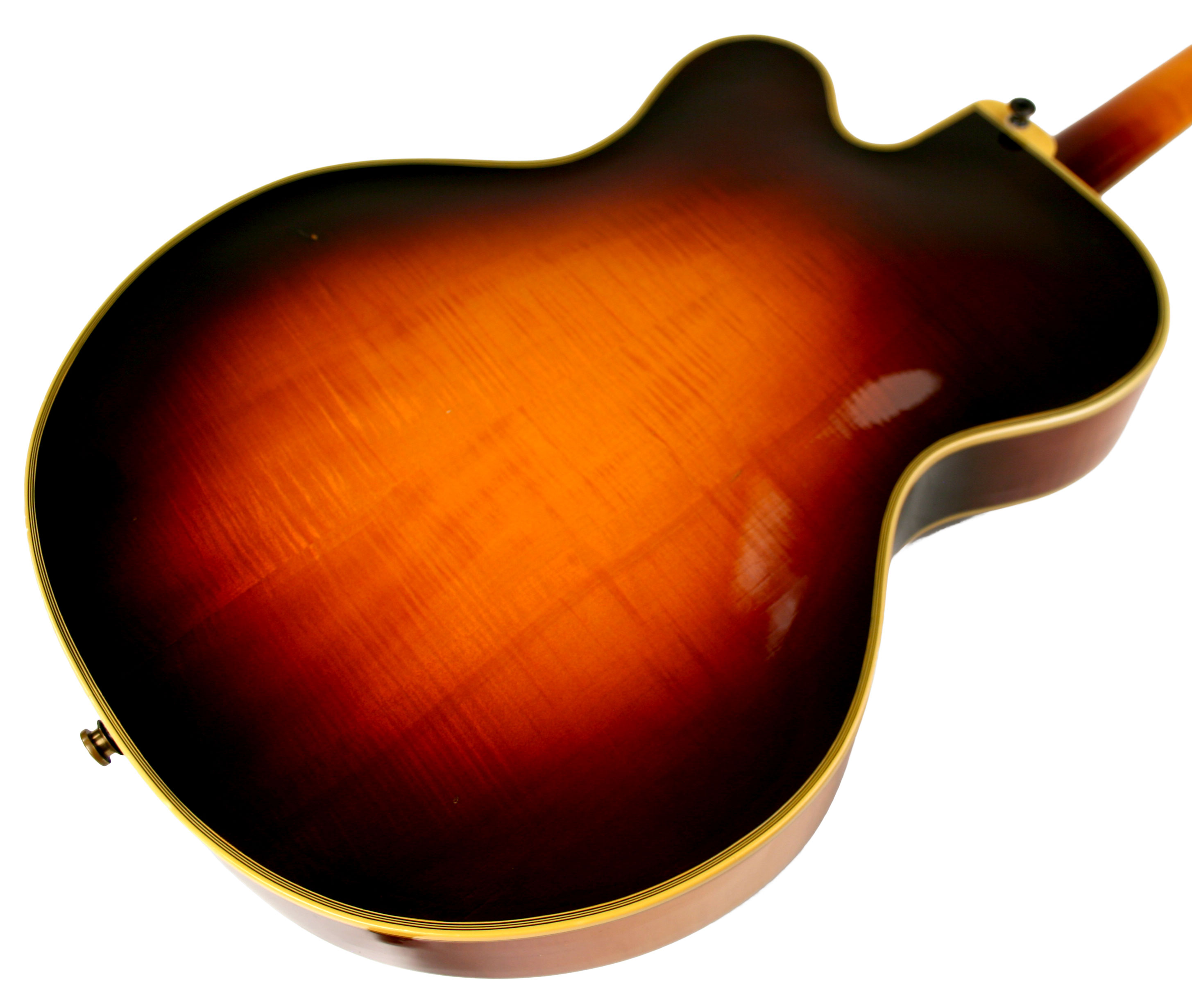 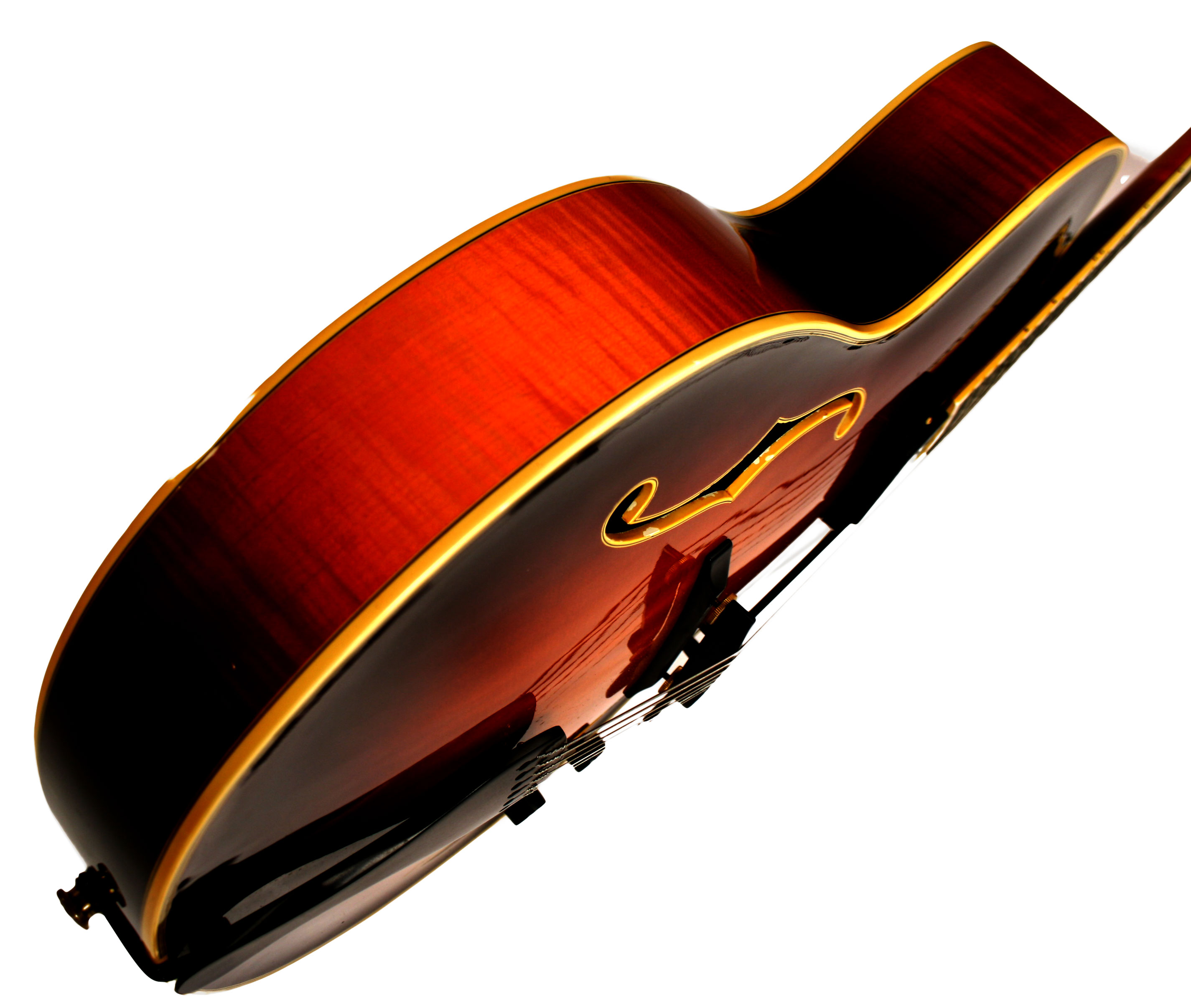 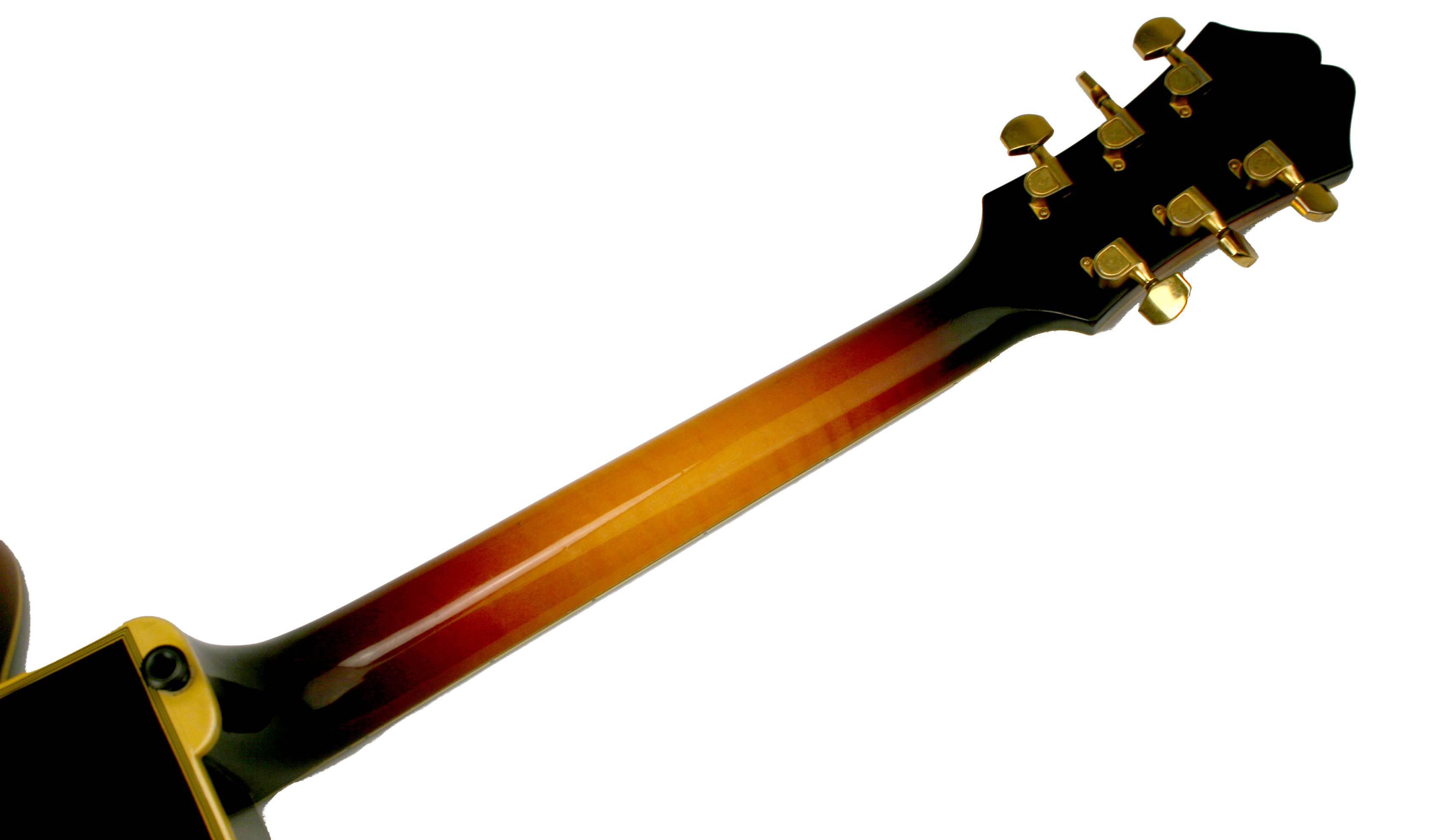 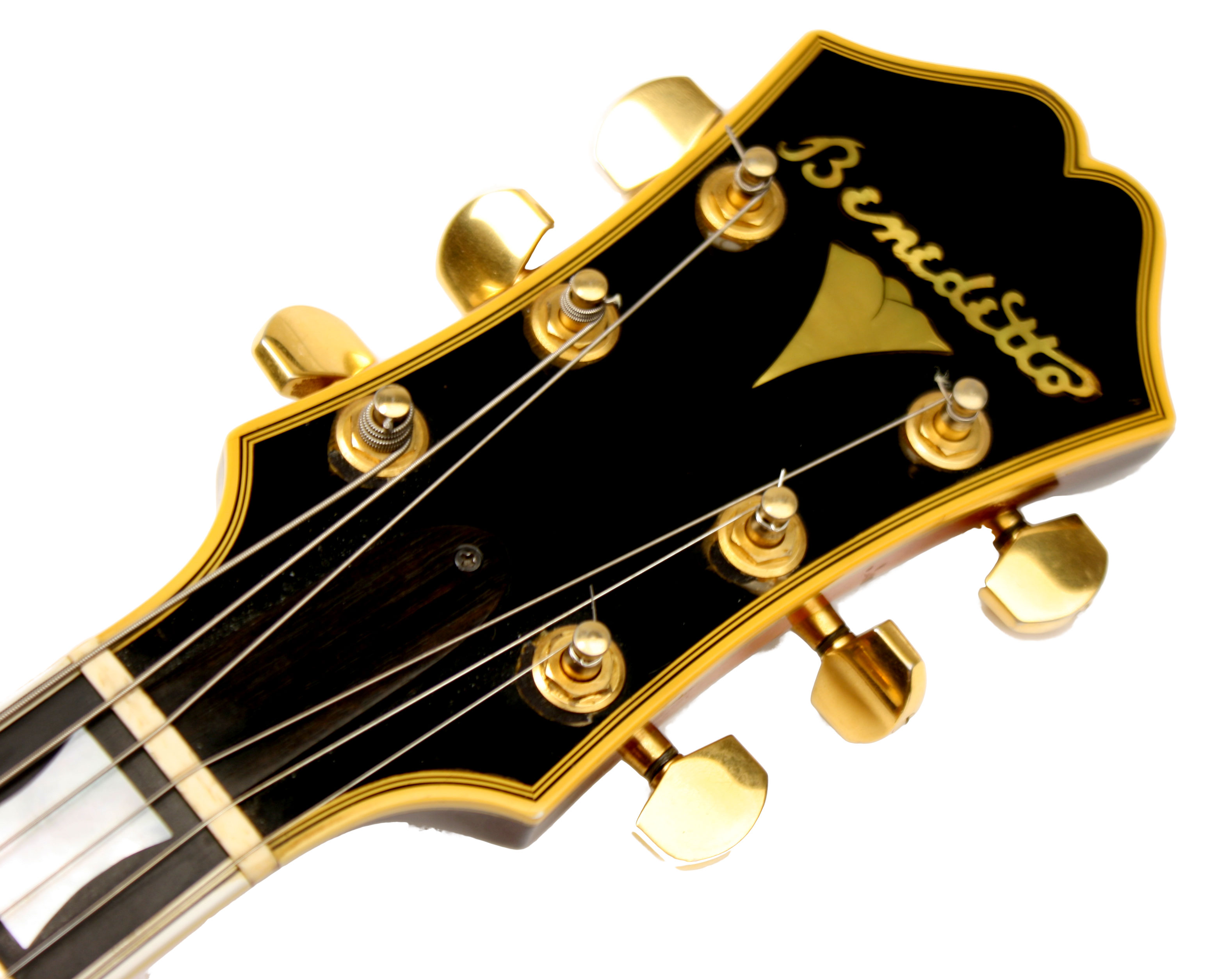 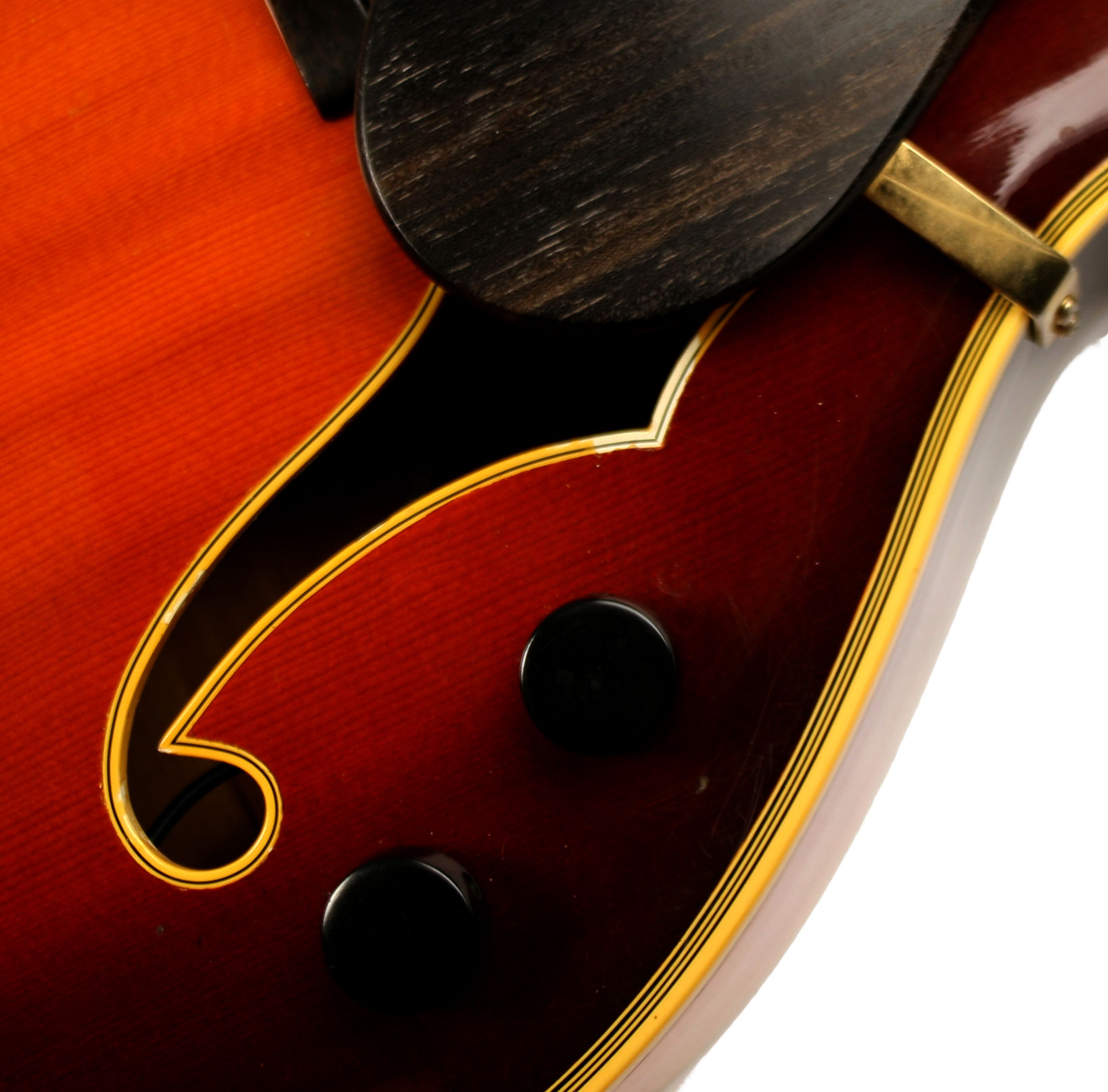 No name is more associated with contemporary archtop guitars than that of Robert Benedetto. In a career that stretches back nearly half a century, Bob pioneered refinements in sound and playability that set the standard for the modern archtop guitar. Born in New York City, Bob began building archtop guitars in the 1960s, quickly attracting a clientele that reads like the "Who's Who" of jazz guitar: Bucky Pizzarelli, Chuck Wayne, Joe Diorio, Cal Collins, Johnny Smith, Jack Wilkins, Ron Eschete, Martin Taylor, Howard Alden, John Pizzarelli, Andy Summers, Jimmy Bruno and Kenny Burrell have all played Bob's guitars. Beginning in 1999, Bob took a more managerial role by overseeing the production of his guitars at larger shops (first at Fender's Custom Shop and later at the current Benedetto factory in Savannah, GA.) While these later instruments are of excellent quality, most players and collectors covet the earlier models that Bob built himself.

This Fratello model was custom built in 1988 at Bob's shop in Clearwater, FL for the noted jazz virtuoso Jack Wilkins. This model features a hand carved European spruce top, solid master grade European maple back and sides, flamed European maple back, and an American flamed maple neck. Aesthetically, this instrument draws it's inspiration from the traditional look of Gibson and D'Angelico archtops hence the sunburst finish and block pearl fingerboard inlays. The guitar is fitted with an ebony cello style tailpiece and a set of Schaller Deluxe tuners. Custom features include an unbound ebony pickguard and top mounted ebony volume and tone controls. A Benedetto humbucker has been fitted to the top.

Built at the height of Bob's career, this "Golden Era" Benedetto posses the exceptional tone and playability that made his instruments so sought after by the world's top players. Amplified, the tone is rich and clear with none of the brittleness in the treble range nor the muddy bass that plagues the sound of lesser guitars. Instead, this instrument is warm and even, with rounded highs and a well defined, crystal clear bass response. The midrange is full and complex, adding gorgeous color and mystique to chordal work. Not surprisingly, the guitar sounds outstanding unplugged as well, with enough acoustic projection for the casual living room jam or even swing rhythm playing. The action is set at 1.8mm, giving the guitar a buttery, smooth feel that makes quick, nimble passages a breeze to execute.

The condition of this instrument is excellent, with some small dings and scratches on the body and some mild fretwear. The only real aesthetic damage is a small ding on the back, lower treble bout area where a small bit of finish chipped off. Otherwise, this guitar is amazingly well preserved for having been owned by a professional.

This instrument was evaluated by Bob Benedetto himself in 2014 and includes a letter stating that it was handbuilt for Jack Wilkins and has a replacement value of $40,000. Here's an opportunity to own a piece of jazz guitar history for substantially less!