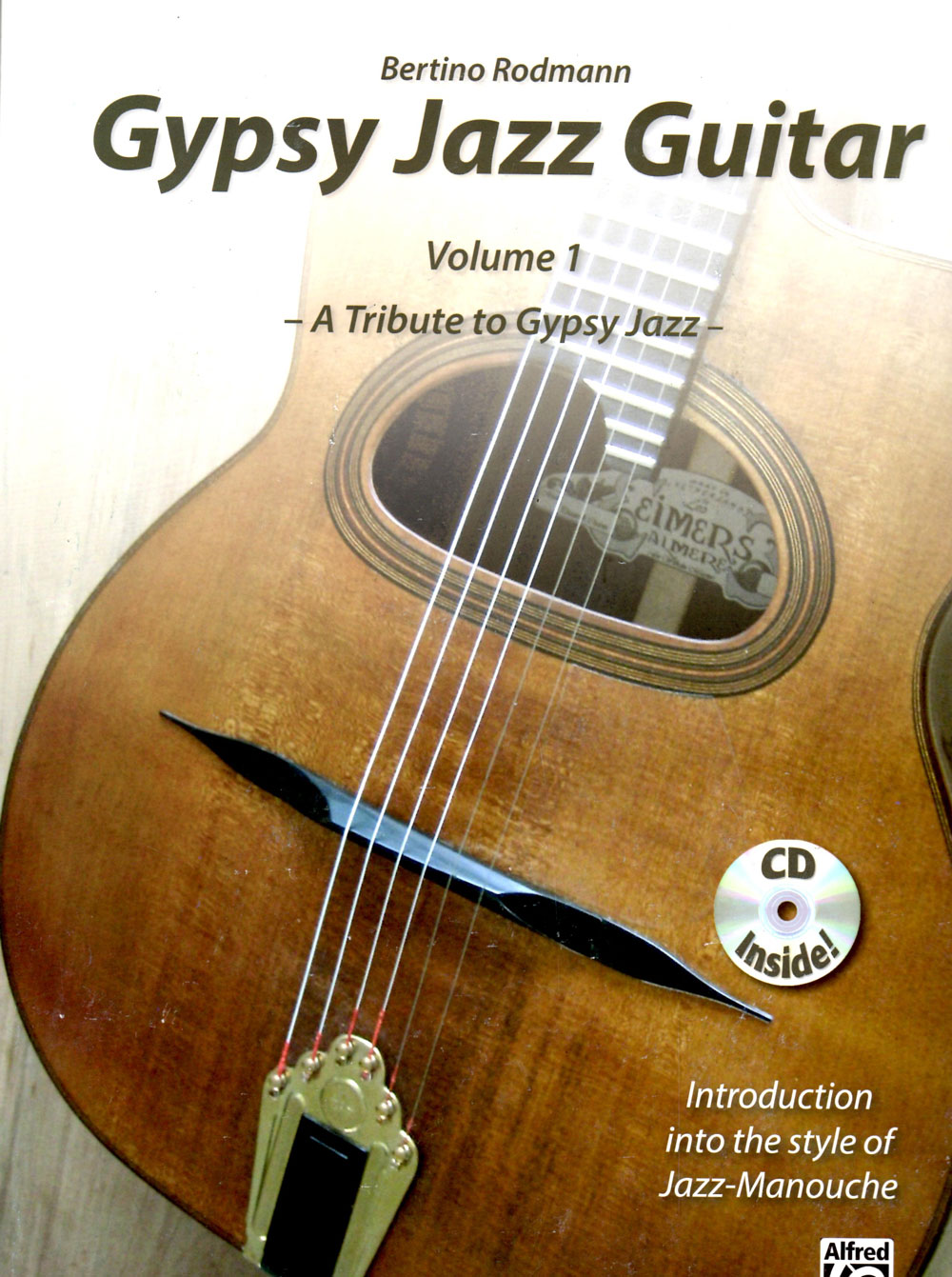 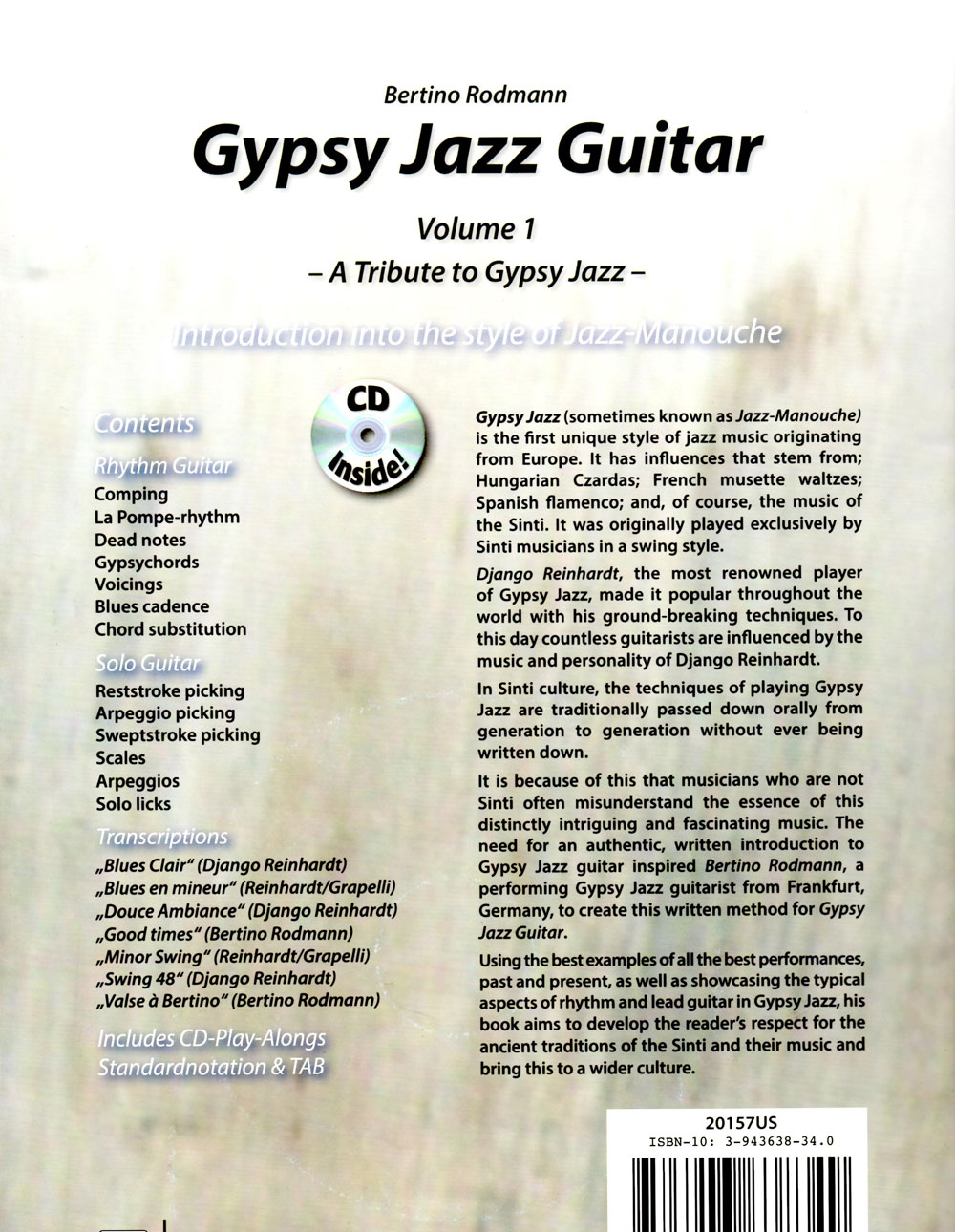 Follow Us Follow Us Follow Us Follow Us
Submit a Review
Bertino Rodmann Gypsyjazz Guitar Volume 1
Gypsy jazz (sometimes known as Jazz-Manouche)
is the frst unique style of jazz music originating
from Europe. It has influences that stem from;
Hungarian Czardas; French musette waltzes;
Spanish flamenco; and, of course, the music of
the Sinti. It was originally played exclusively by
Sinti musicians in a swing style.

Django Reinhardt, the most renowned player
of Gypsy jazz, made it popular throughout the
world with his ground-breaking techniques. To
this day countless guitarists are influenced by the
music and personality of Django Reinhardt.
In Sinti culture, the techniques of playing Gypsy
jazz are traditionally passed down orally from
generation to generation without ever being
written down.

It is because of this that musicians who are not
Sinti often misunderstand the essence of this
distinctly intriguing and fascinating music. The
need for an authentic, written introduction to
Gypsy jazz guitar inspired Bertino Rodmann, a
performing Gypsy jazz guitarist from Frankfurt,
Germany, to create this written method for Gypsy
Jazz Guitar.

Using the best examples of all the best performances,
past and present, as well as showcasing the typical
aspects of rhythm and lead guitar in Gypsy jazz, his
book aims to develop the reader’s respect for the
ancient traditions of the Sinti and their music and
bring this to a wider culture.