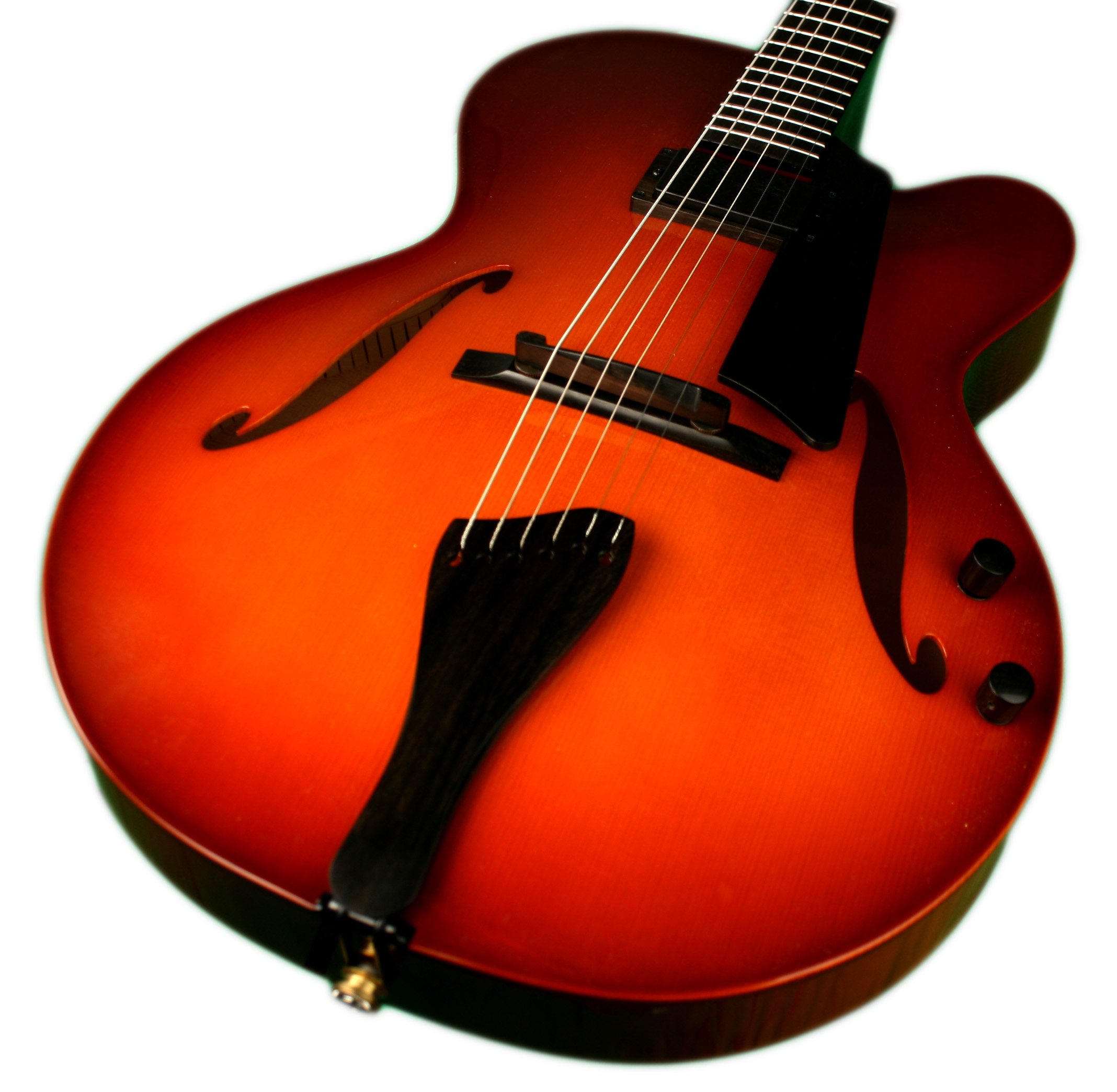 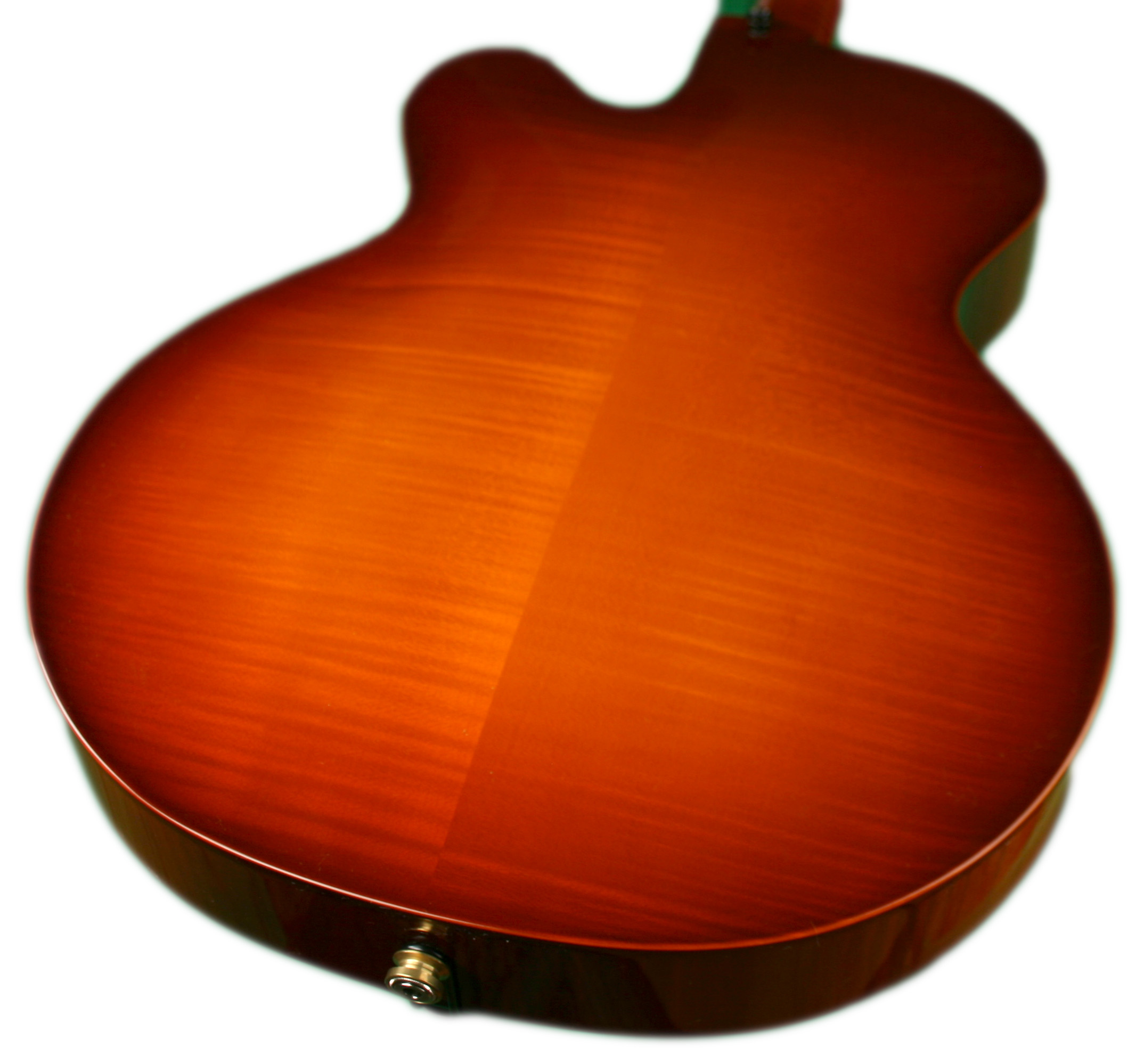 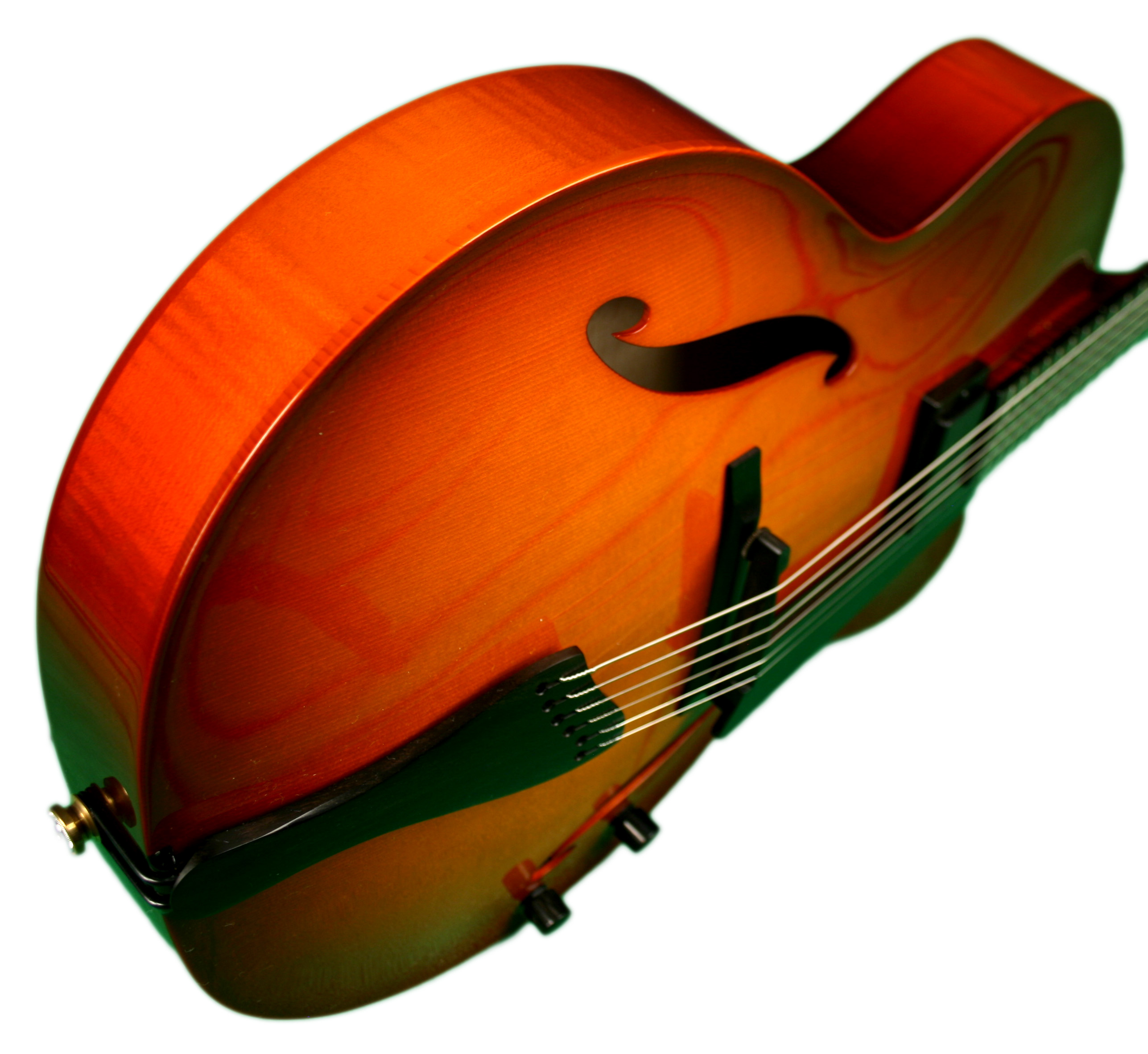 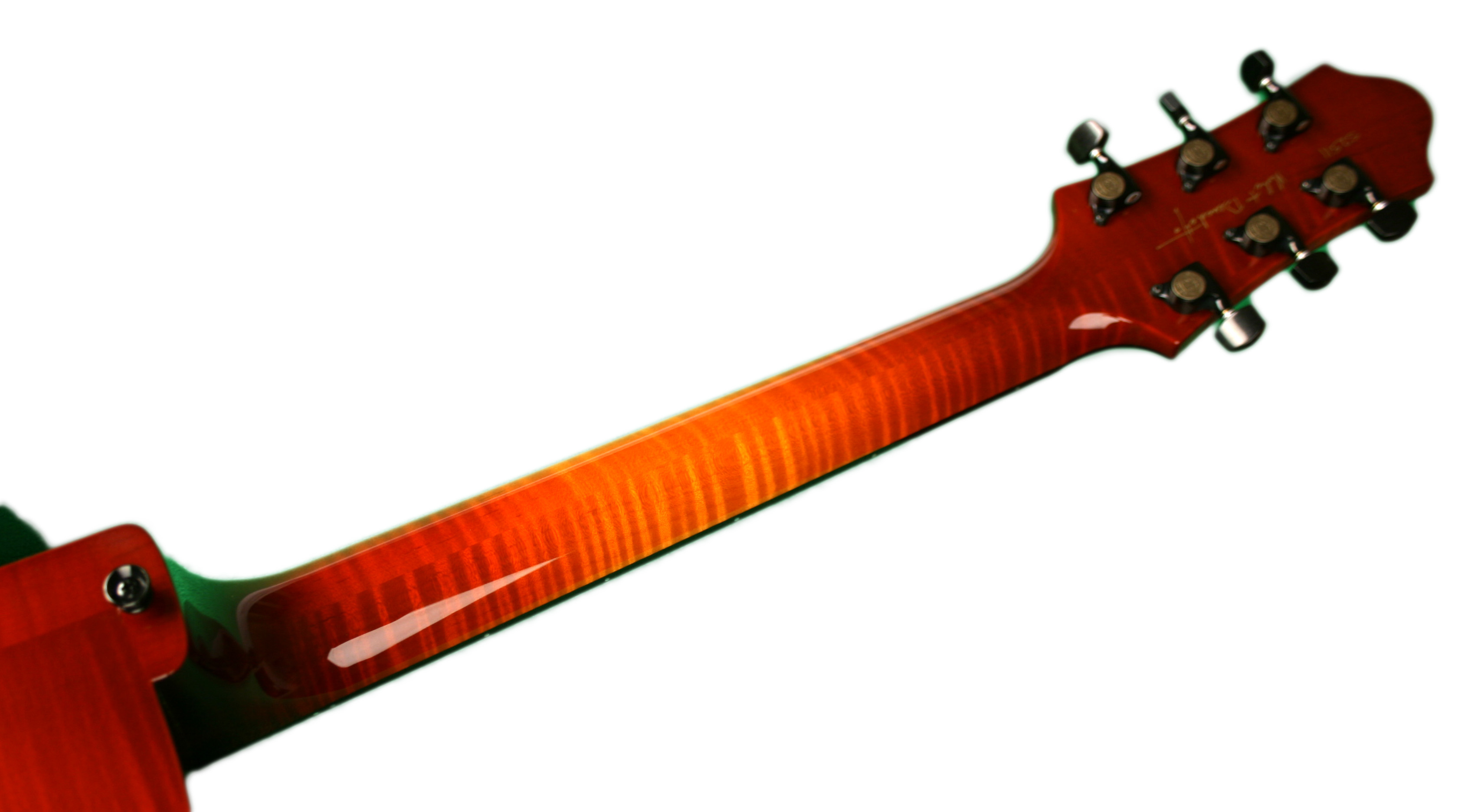 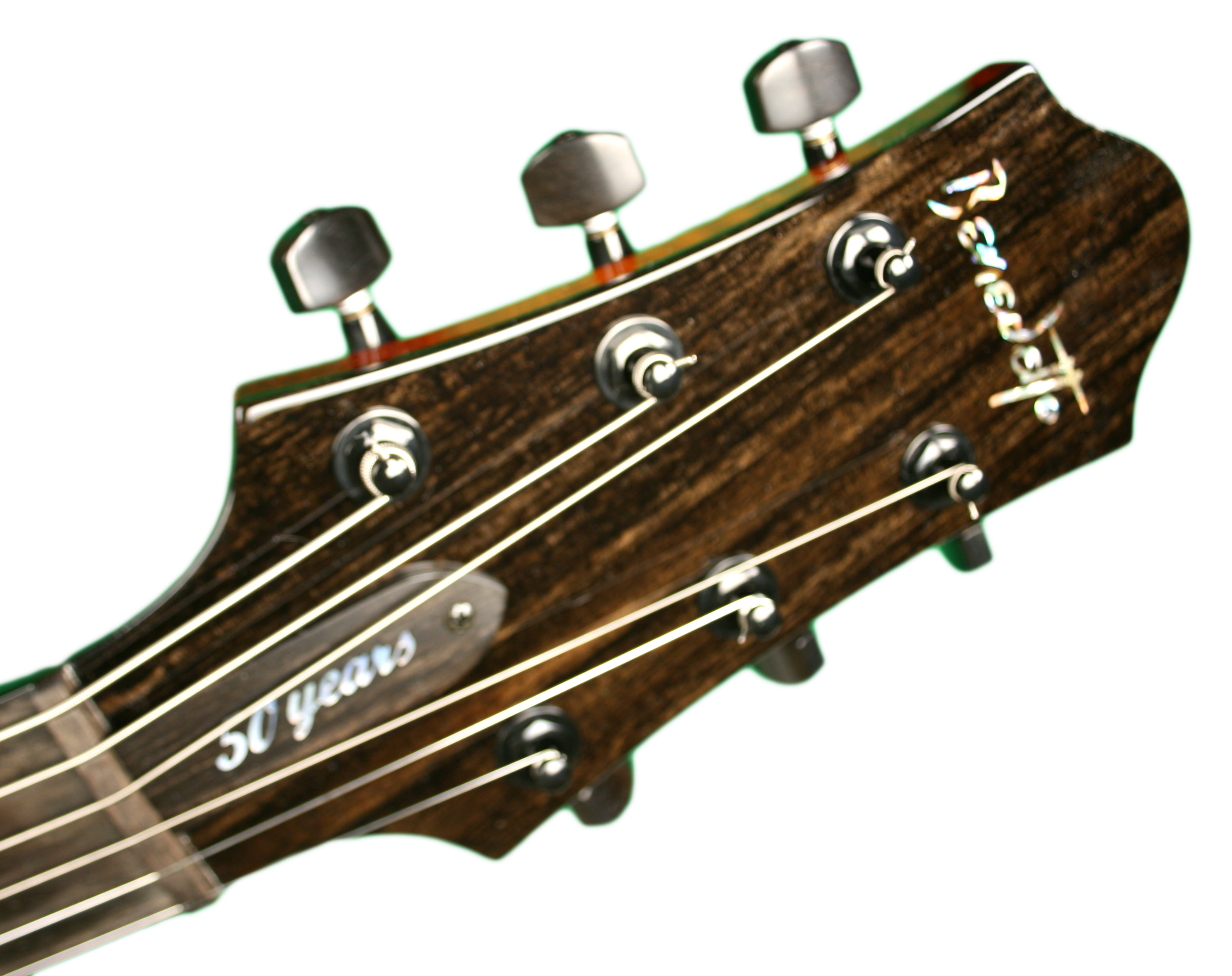 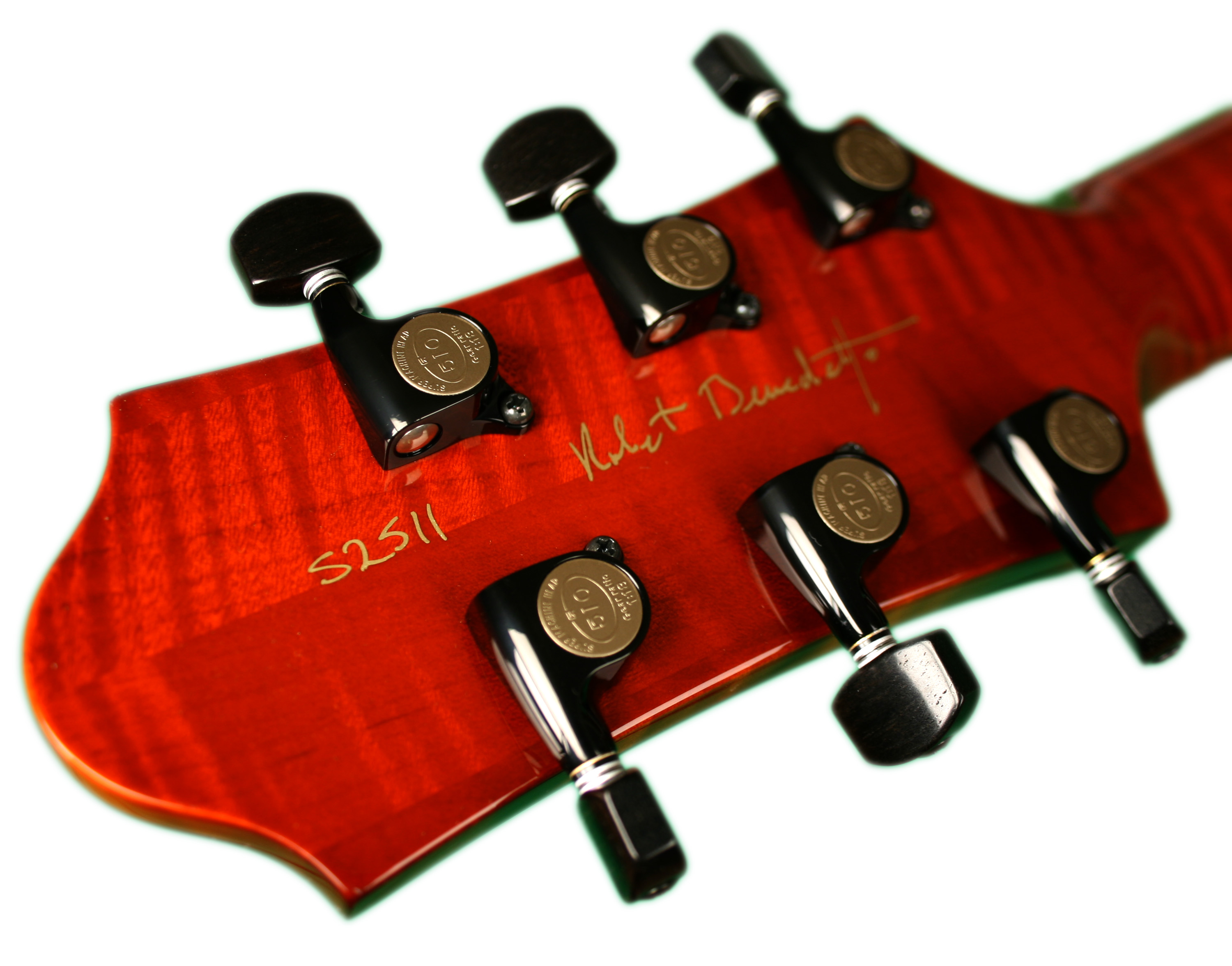 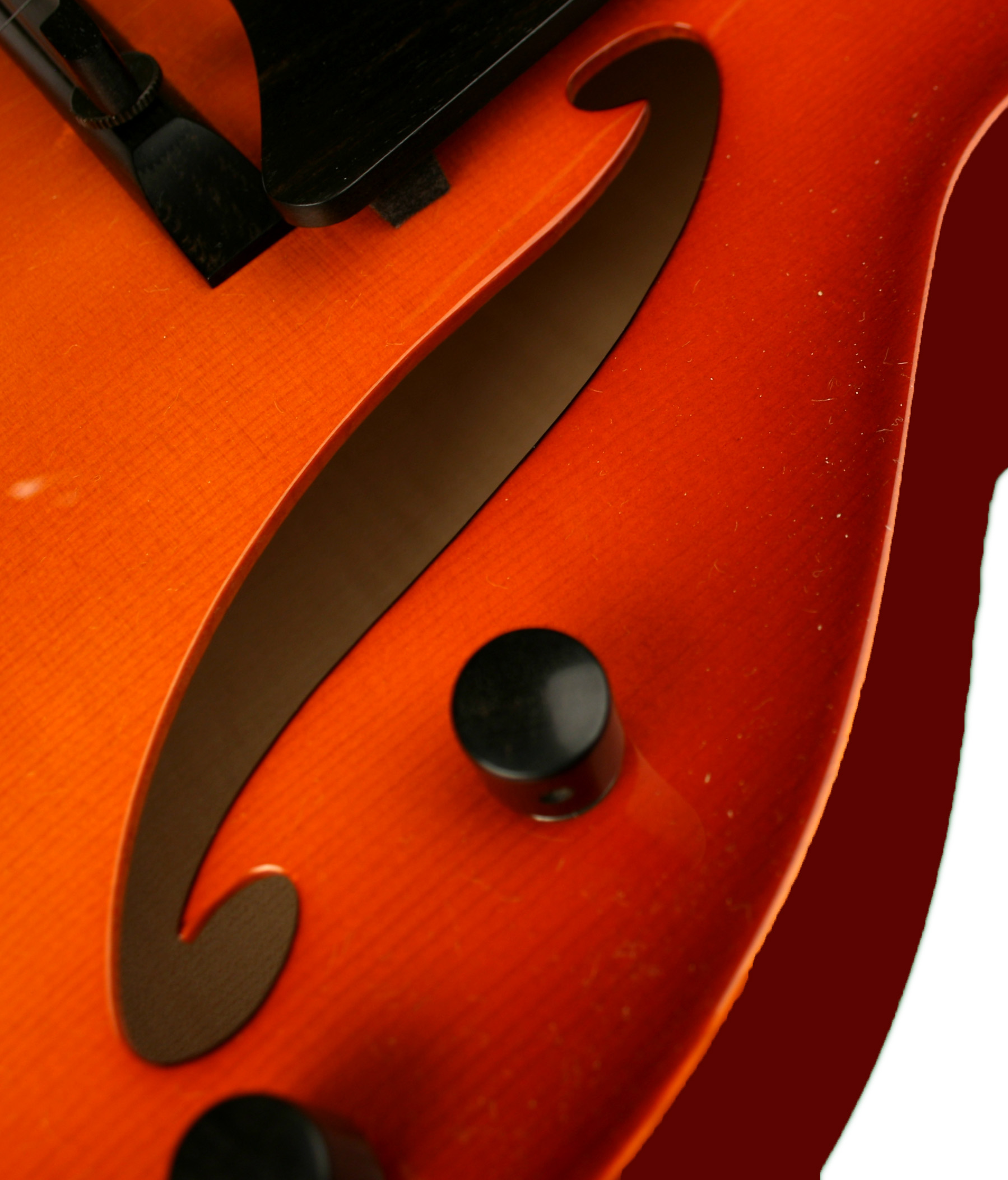 The Bravo Elite is designed to provide Benedetto's famous tone and playability in an instrument that is both feedback resistant and tonally sophisticated. Essentially an 16", thin bodied version of Benedetto's La Venezia model, the Bravo Elite features all solid woods, including a parallel braced top constructed of AAA alpine spruce, flamed maple back and sides, and a flamed maple neck. Like the La Venezia, the Bravo Elite utilizes violin style binding-free construction and a beautiful violin burst finish.

Aesthetically, the Bravo Elite features the clean, sleek, cello inspired look first pioneered by the legendary James D'Aquisto. The fingerboard is free of fret markers, except for Benedetto's signature floral inlay at the 12th fret. The ebony cello style tailpiece pairs nicely with the attractive ebony fingerboard rest, adjustable bridge, tuning buttons, and tone/volume knobs. As one would expect from Benedetto, the workmanship is all beyond flawless, with every detail executed to the utmost perfection.

The 16" body and lightweight construction make this instrument about as comfortable as it gets. Furthermore, the ultra-low 1.8mm action allows you to execute even the most difficult passages with ease while producing a buzz free, clean tone. But what is truly astonishing is the tone! Arguably the ultimate electro-acoustic guitar, the Bravo Elite achieves the rare feat of sounding very natural, woody, and warm when plugged in. Even at high volumes, the Benedetto B6 pickup produces a tone in which the fundamental of each pitch is clear and natural, with little unwanted coloration or impurities. The all solid wood body produces a rich, sonorous acoustic tone that surprisingly makes this guitar a great acoustic instrument as well. But where it really shines is when both it's electric and acoustic properties can be fully exploited, usually by pairing the B6 pickup with an external mic (a setup favored by the Brazilian Benedetto endorser and Bravo Elite owner Chico Pinheiro
When simultaneously plugged in and mic'd, the Bravo Elite is nothing short of jazz guitar heaven! Come and try the Bravo Elite for yourself, it's an experience you'll never forget....

We are an authorized Benedetto dealer. This is a completely new, unused instrument under full manufacturer’s warranty.