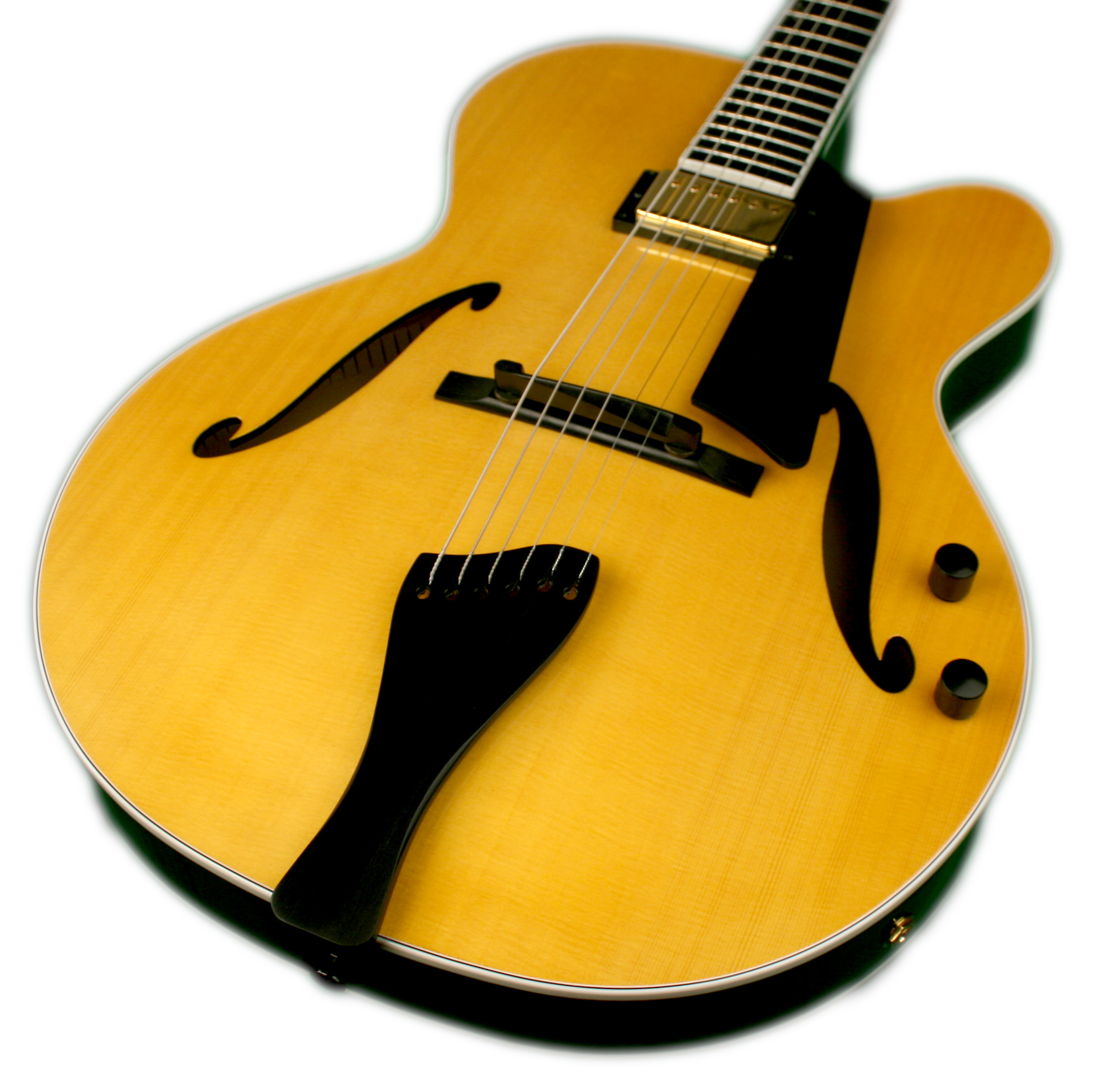 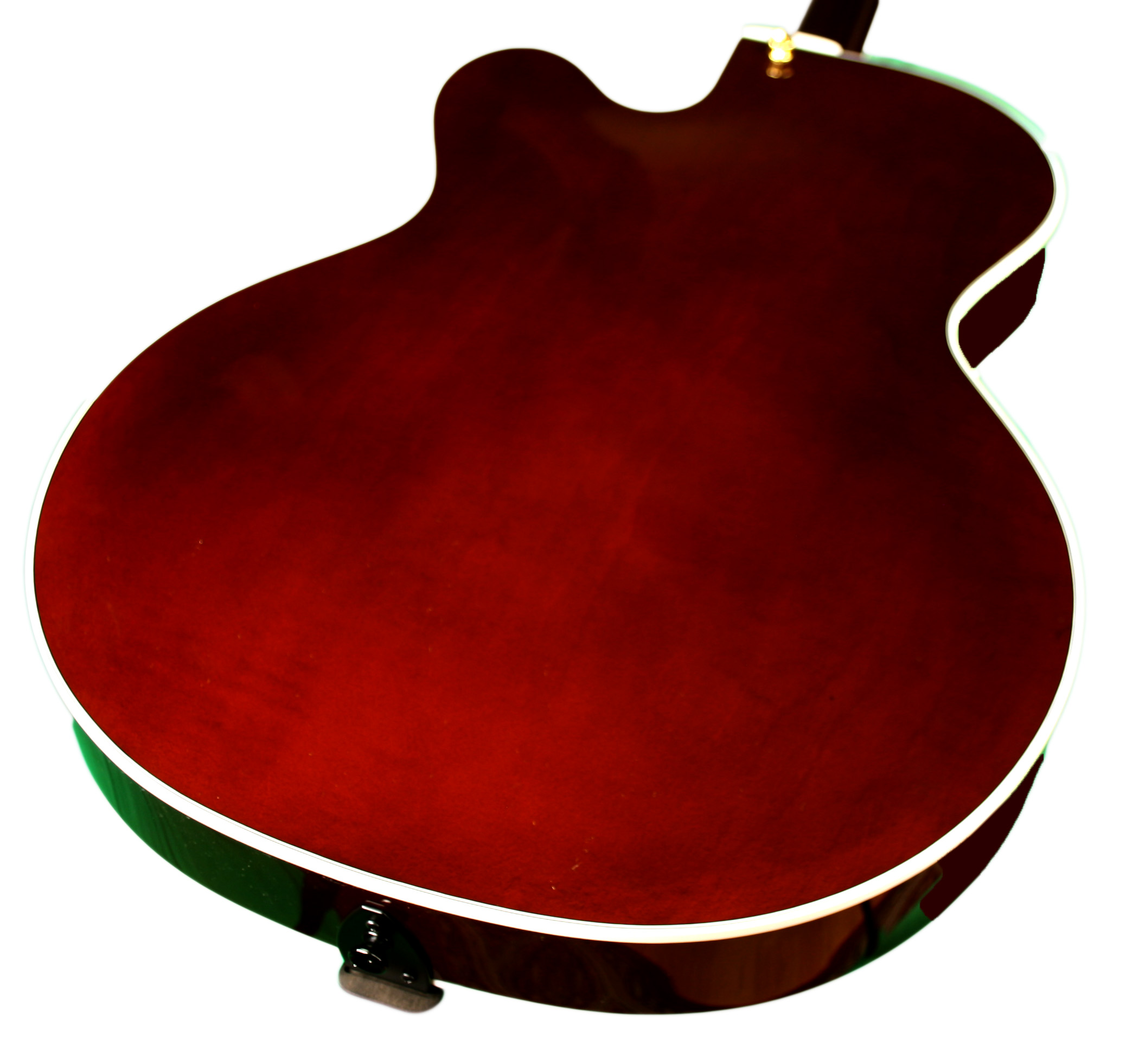 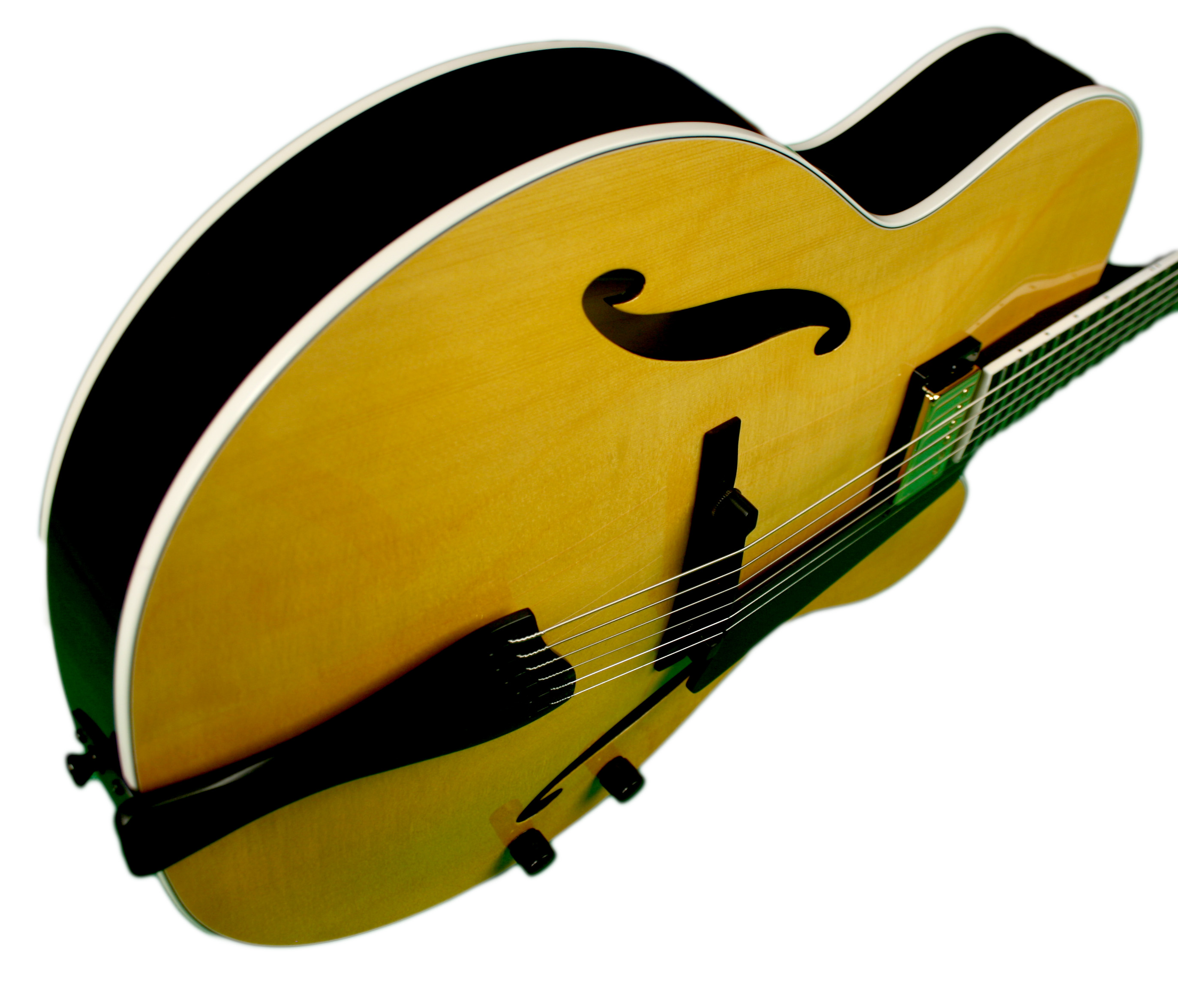 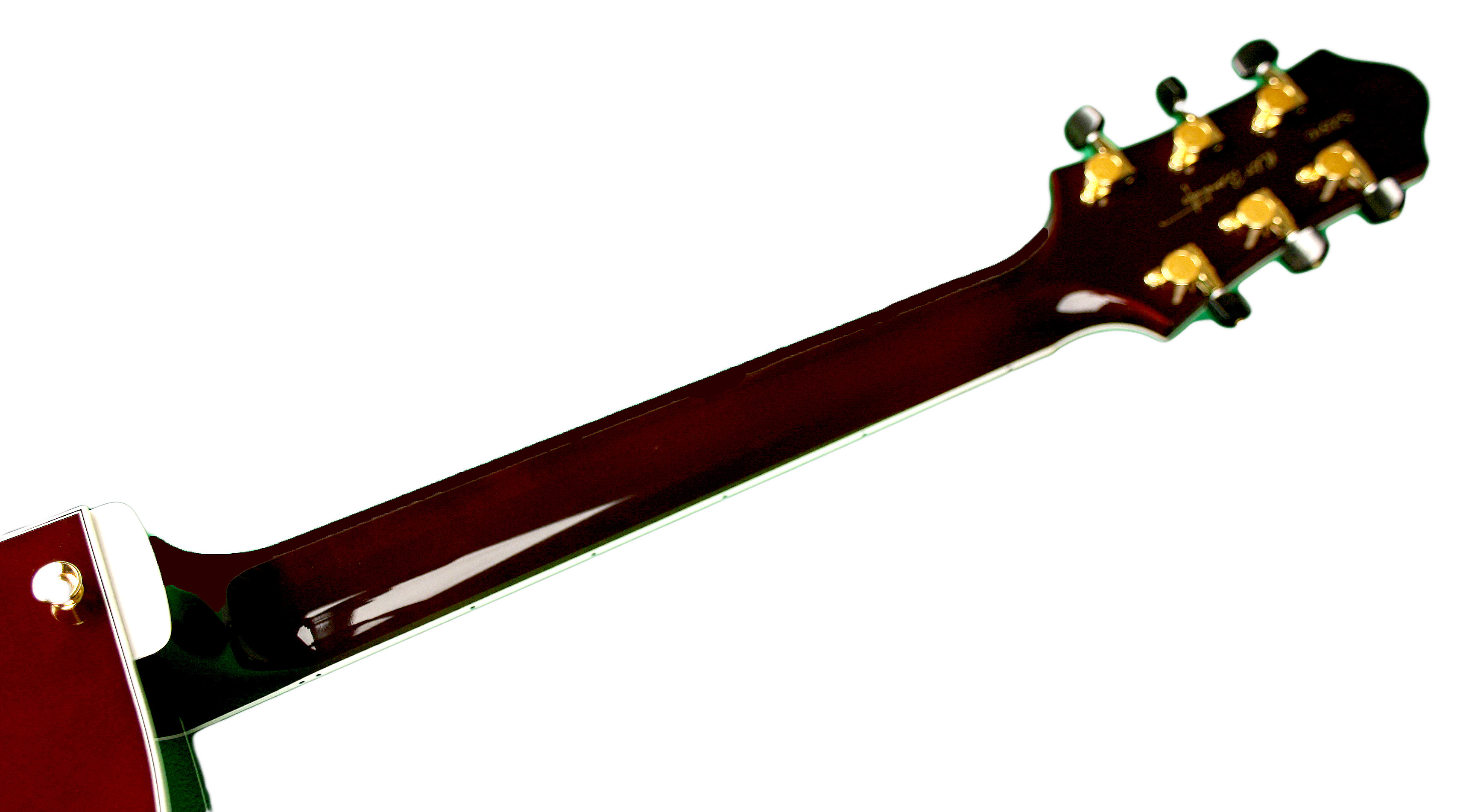 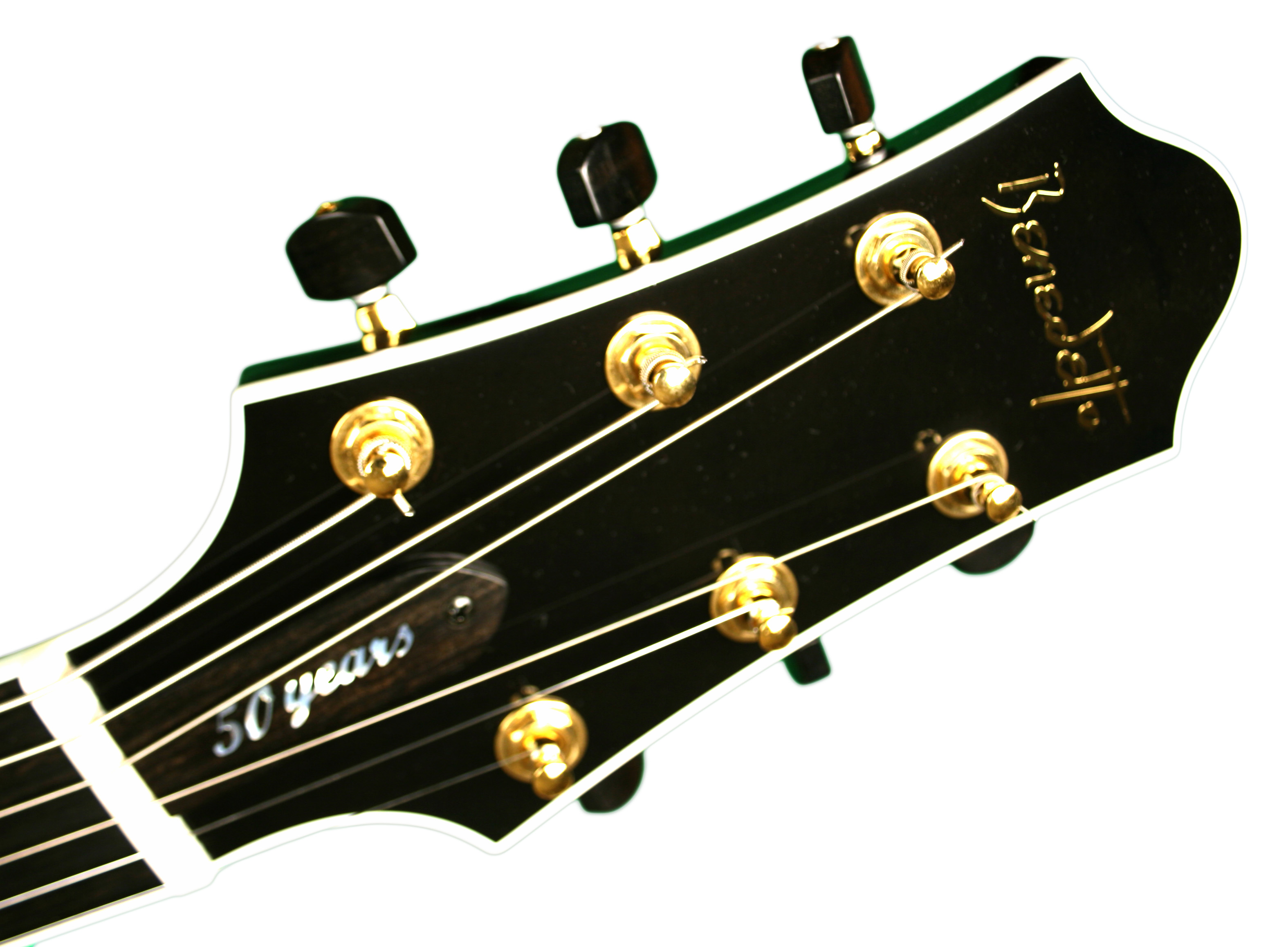 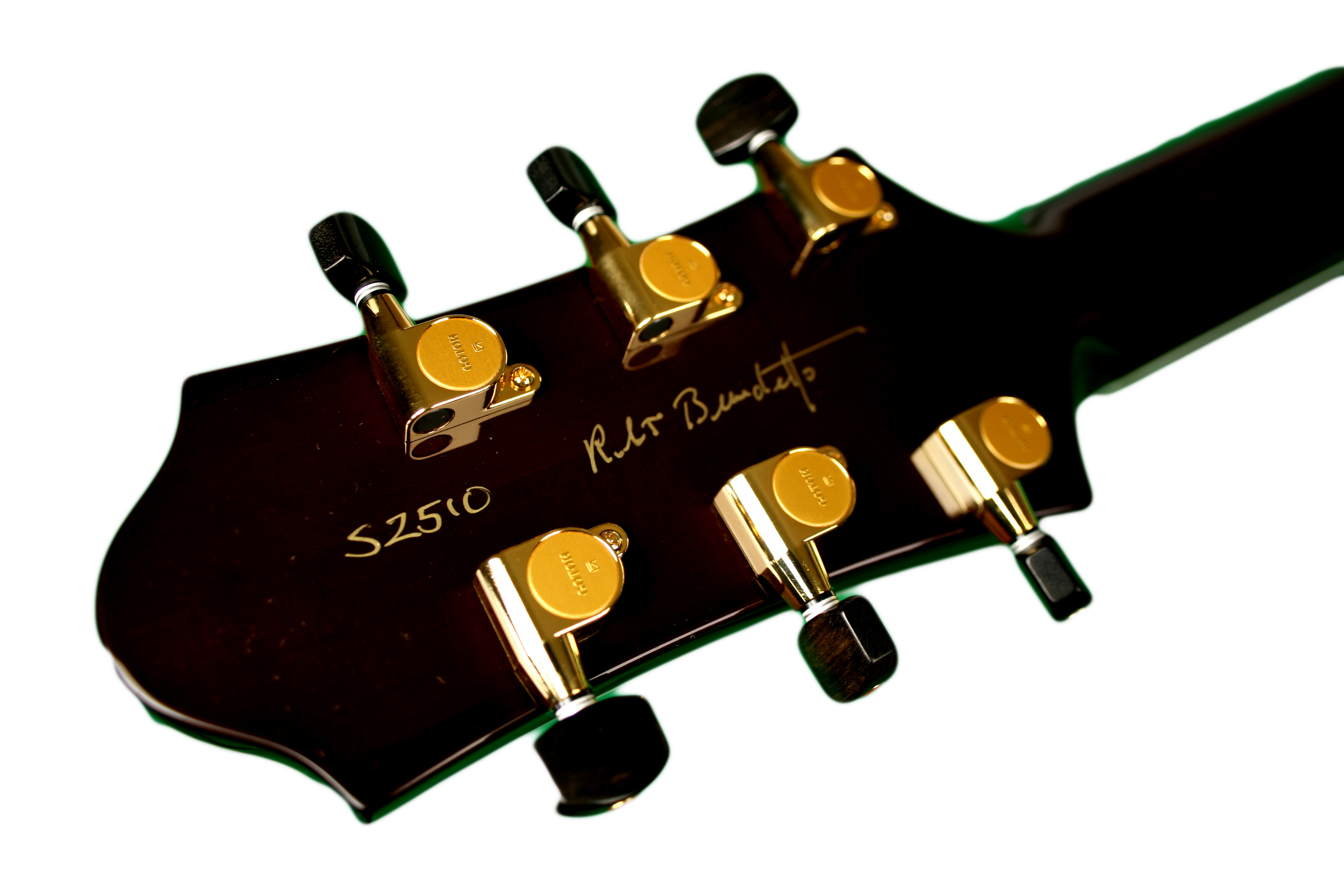 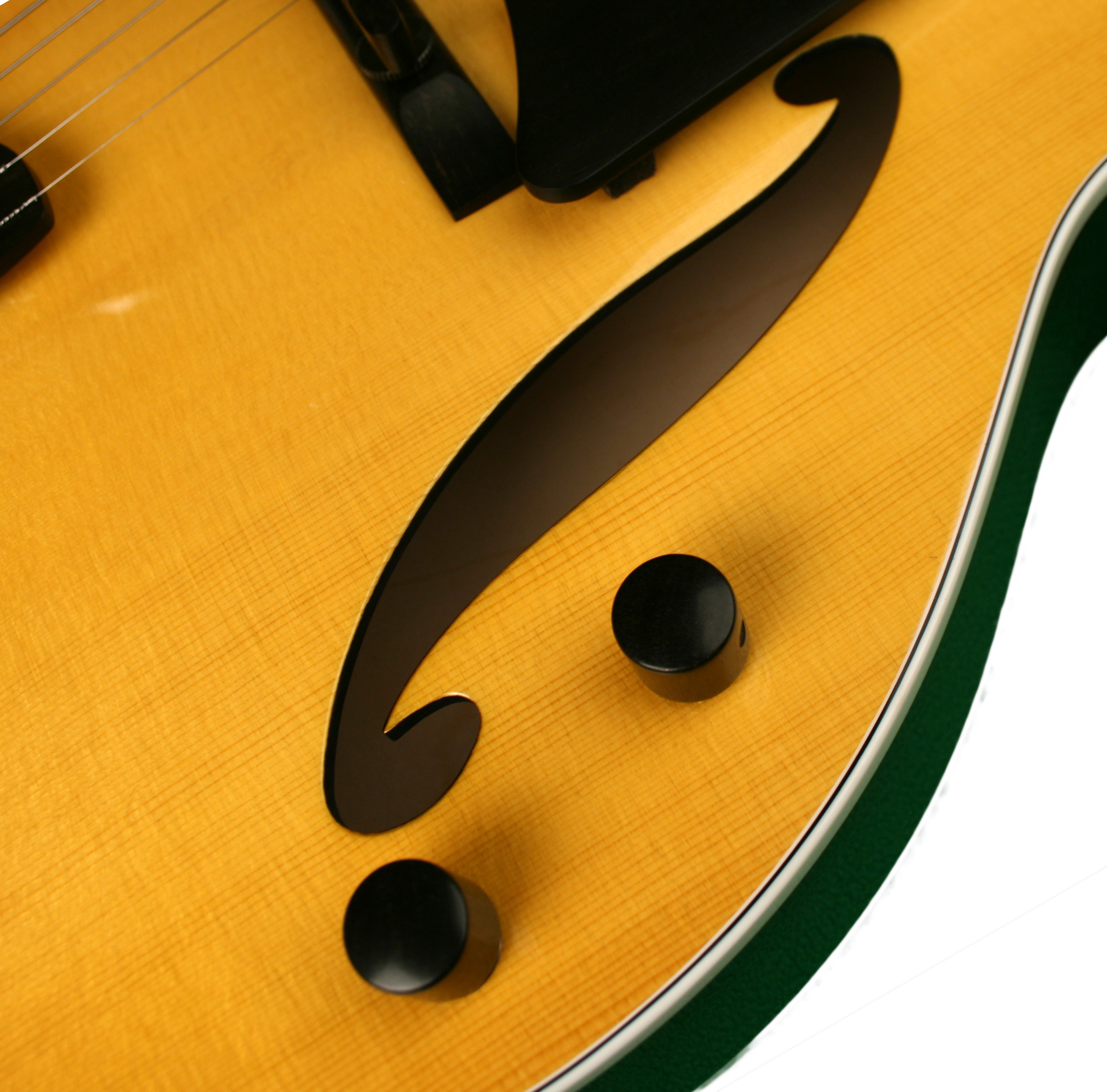 The Bravo model is designed to provide Benedetto's famous tone and playability in an instrument that is both feedback resistant and affordable. Ideal for the gigging professional, the Bravo's fine grained laminate spruce top and laminate maple sides produce a warm and sonorous tone that doesn't suffer from the feedback issues of acoustically resonant, all solid wood instruments.. The A6 humbucker delivers a warm, full, and detailed tone that is at home in styles ranging from traditional bebop and swing to modern fusion and funk. Blindfolded, one would be hard-pressed to differentiate the amplified tone of the Bravo from even Benedetto's most prestigious flagship models like the Cremona and La Venezia. The Bravo is a testament to Benedetto's lutherie genius and arguably one of the best deals in arcthop guitars.

Aesthetically, the Bravo features the clean, sleek, cello inspired look first pioneered by the legendary James D'Aquisto. The fingerboard is free of fret markers, except for Benedetto's signature floral inlay at the 12th fret. The ebony cello style tailpiece pairs nicely with the attractive ebony fingerboard rest, adjustable bridge, tuning buttons, and tone/volume knobs. As one would expect from Benedetto, the workmanship is all beyond flawless, with every detail executed to the utmost perfection.

The 16" body and lightweight construction make this instrument about as comfortable as it gets. Furthermore, the ultra-low 1.8mm action allows you to execute even the most difficult passages with ease while producing a buzz free, clean tone. Come and find out why so many of the top professionals have chosen the Bravo, you won't be disappointed!

We are an authorized Benedetto dealer. This is a completely new, unused instrument under full manufacturer’s warranty.