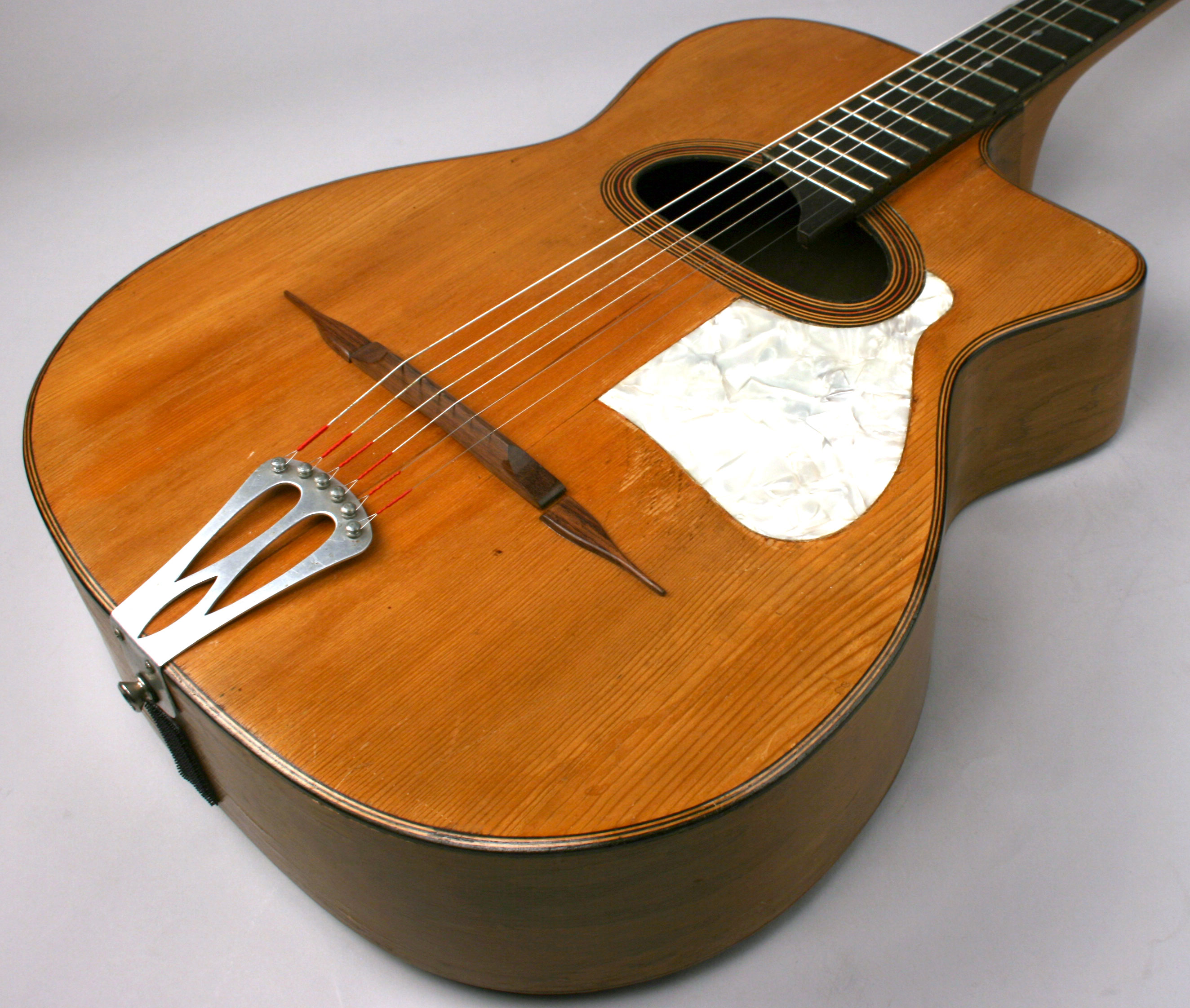 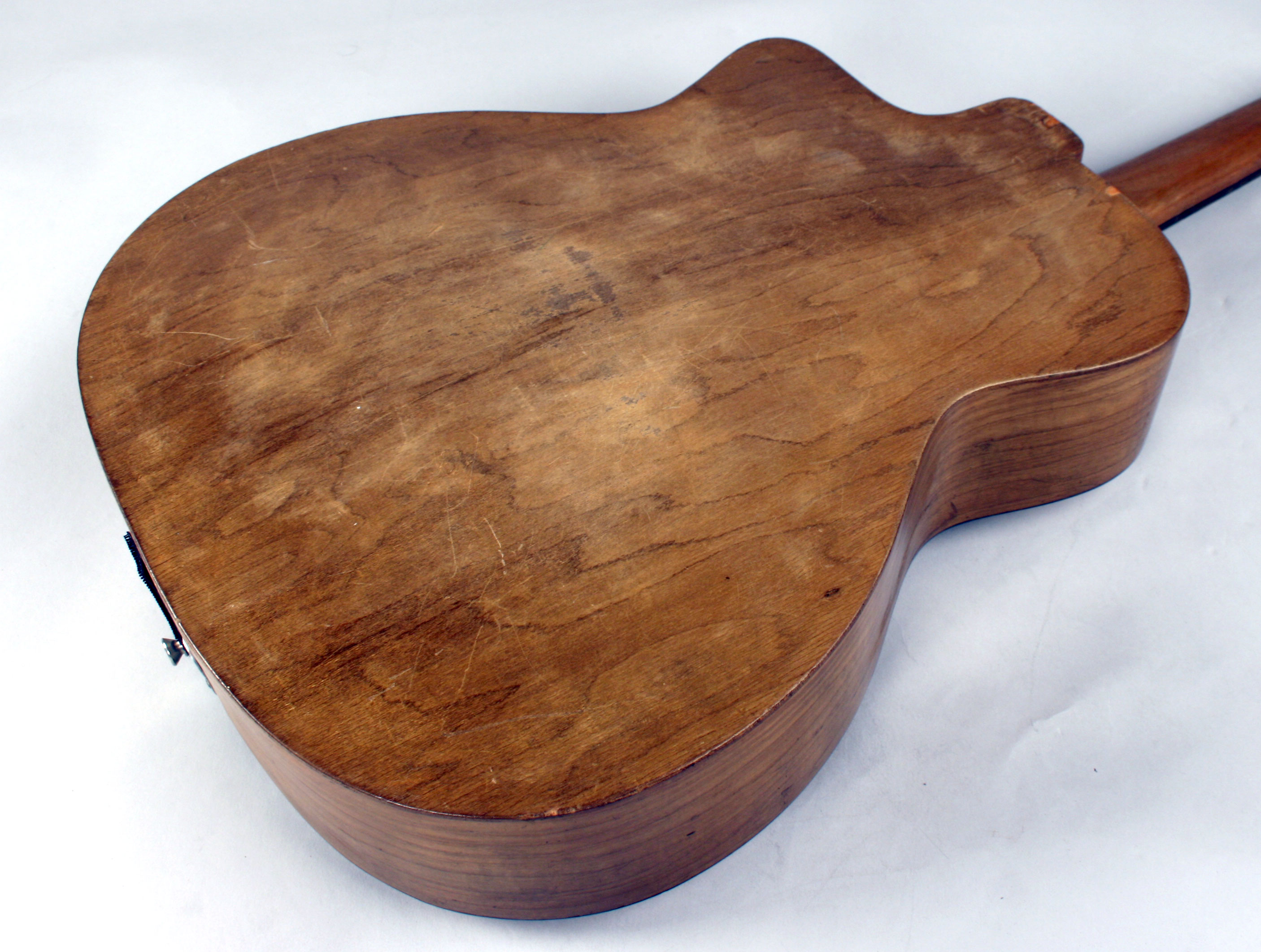 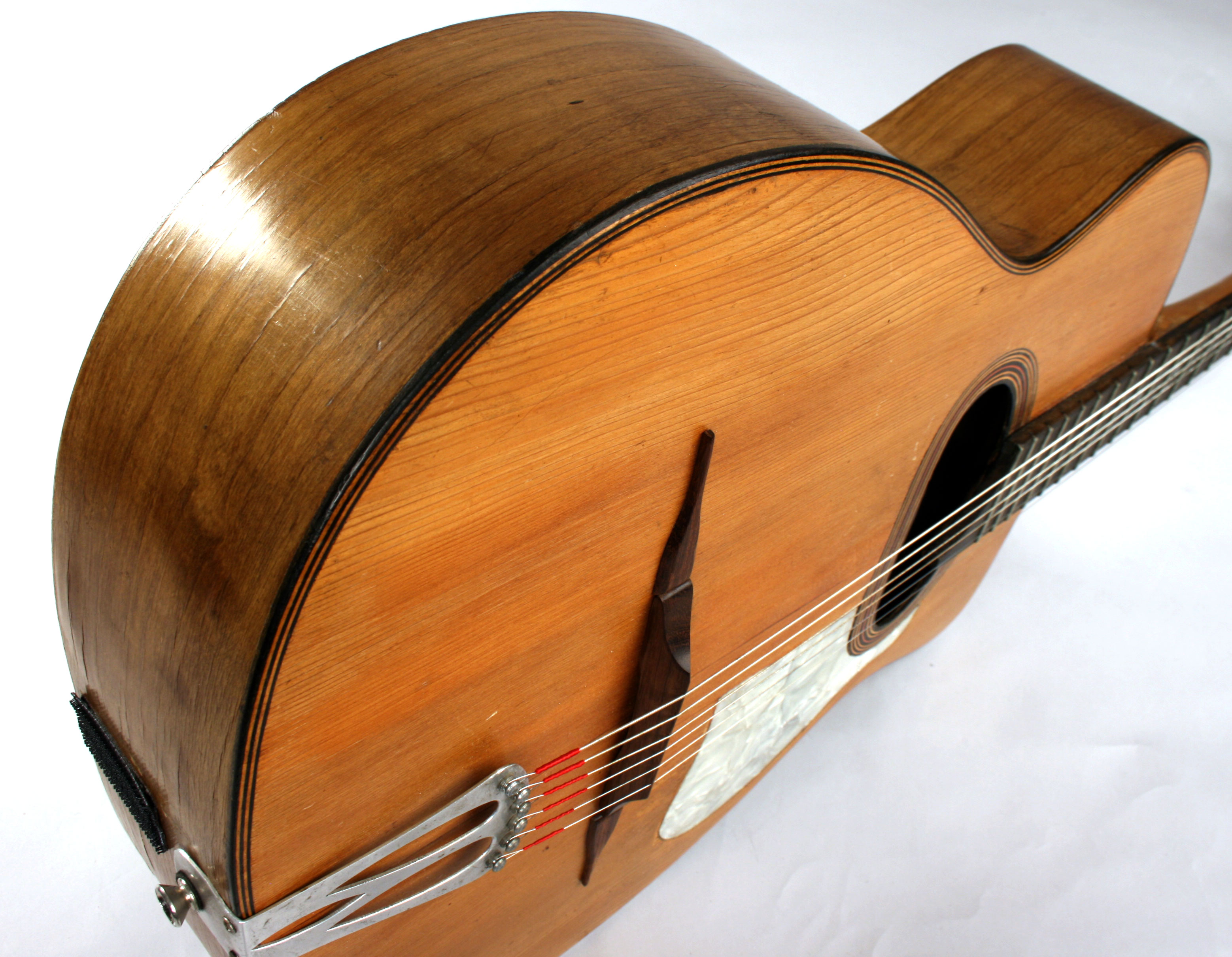 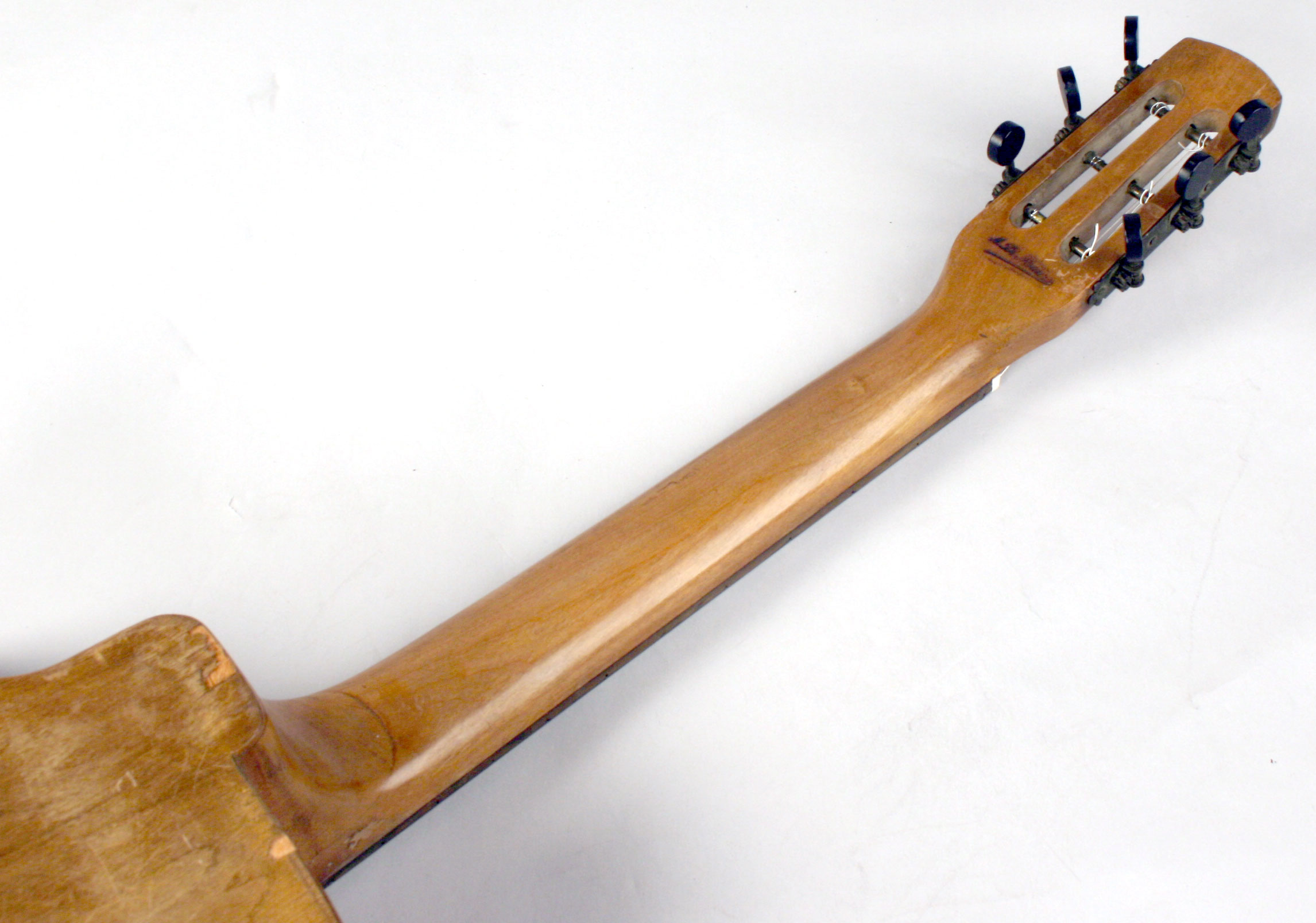 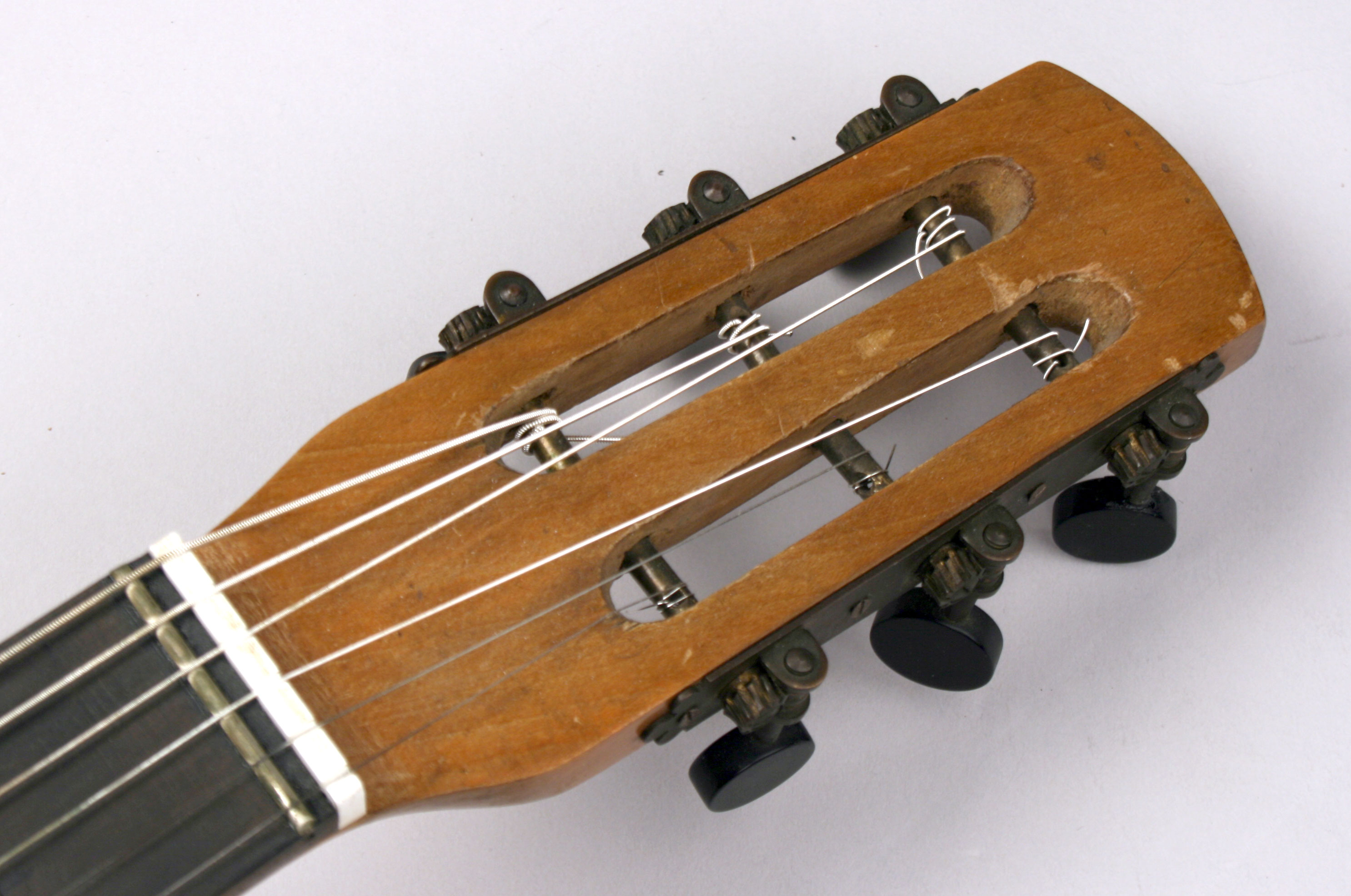 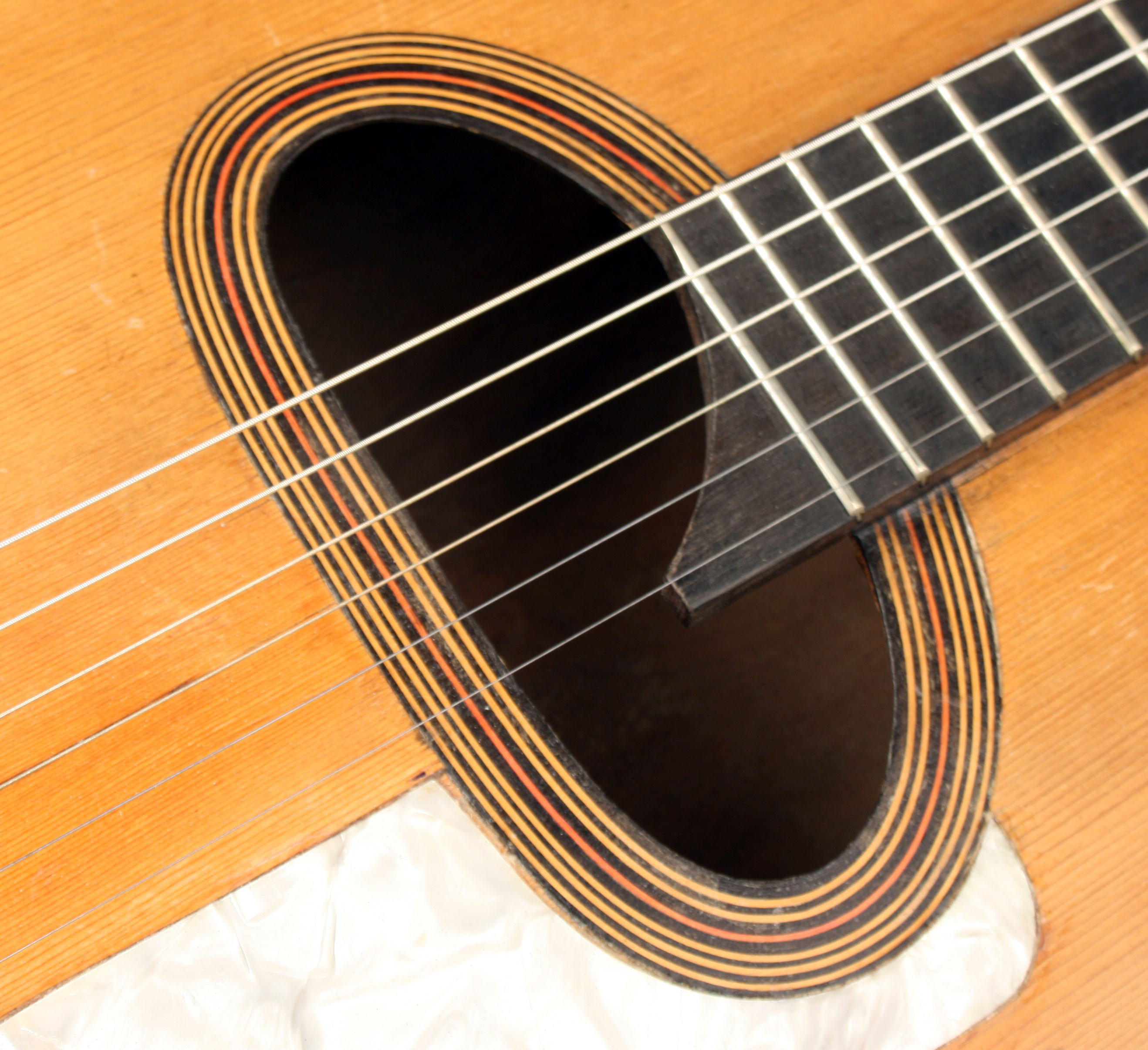 The Boogie Woogie model was Di Mauro's Maccaferri inspired instrument. It features a 12 fret neck, a 640mm scale, and a slightly larger 16 1/8" body. The top is spruce, the back sides are possibly beech, not sure. The neck is beech, and the fingerboard is rosewood. The binding is ebony which is decorated with 5 ply purfling. The Maccaferri inspired rosette features 14 black and white bands with a red center band. This example is particularly festive, featuring an imitation pearl pickguard. The tuners and stylized Di Mauro tailpiece are original.

The sound of this instrument is very warm, with a distinctive midrange focus. It is first and foremost a rhythm guitar and does that job exceedingly well. This guitar produces focused, full bodied chords that will fill out the sound of any Gypsy rhythm section. It also has a wonderfully cheerful, happy character to the tone. When you play one of Django's unaccompanied improvisations, this instrument sounds as if it's talking to you! It's a little guitar with a big personality.

The action is currently set at 2.8mm. That, along with the short scale length, make this guitar very easy to play. It is especially well suited to those with smaller hands.

This instrument is in very good condition. There is an uncleated crack running along the top of the pickguard. It appears stable as there is no separation and is smooth to the touch. However, it probably should be cleated at some point. There is also a crack underneath fingerboard were it extends over the body. Some of the veneer on the back has chipped off, right on the heel and also adjacent to it. The frets were replaced at some point and have only mild wear.