AER The AER Compact 60's elegant design and satisfying sound have made it THE choice for professional acoustic guitarists. Few acoustic amps are so powerful yet so portable. Arts & Entertainment > Musical Instrument Accessories > Musical Instrument Amplifiers aer-compact-60-te CPTTE/4 5.0 1
Al Acuff
5 5
This little amp is amazing! Works perfectly with my Anthem SL equipped Waterloo guitar. Natural, detailed, warm, dynamic, dimensional... I could go on but you get the idea. I will recommend this amp and Djangobooks.com to my friends. Thanks very much Michael!
1149.00 DjangoBooks.com https://www.djangobooks.com/Item/aer-compact-60-te
Location
Location
Home / Amplification / Amplifiers / AER Compact 60/4 Tommy Emanuel 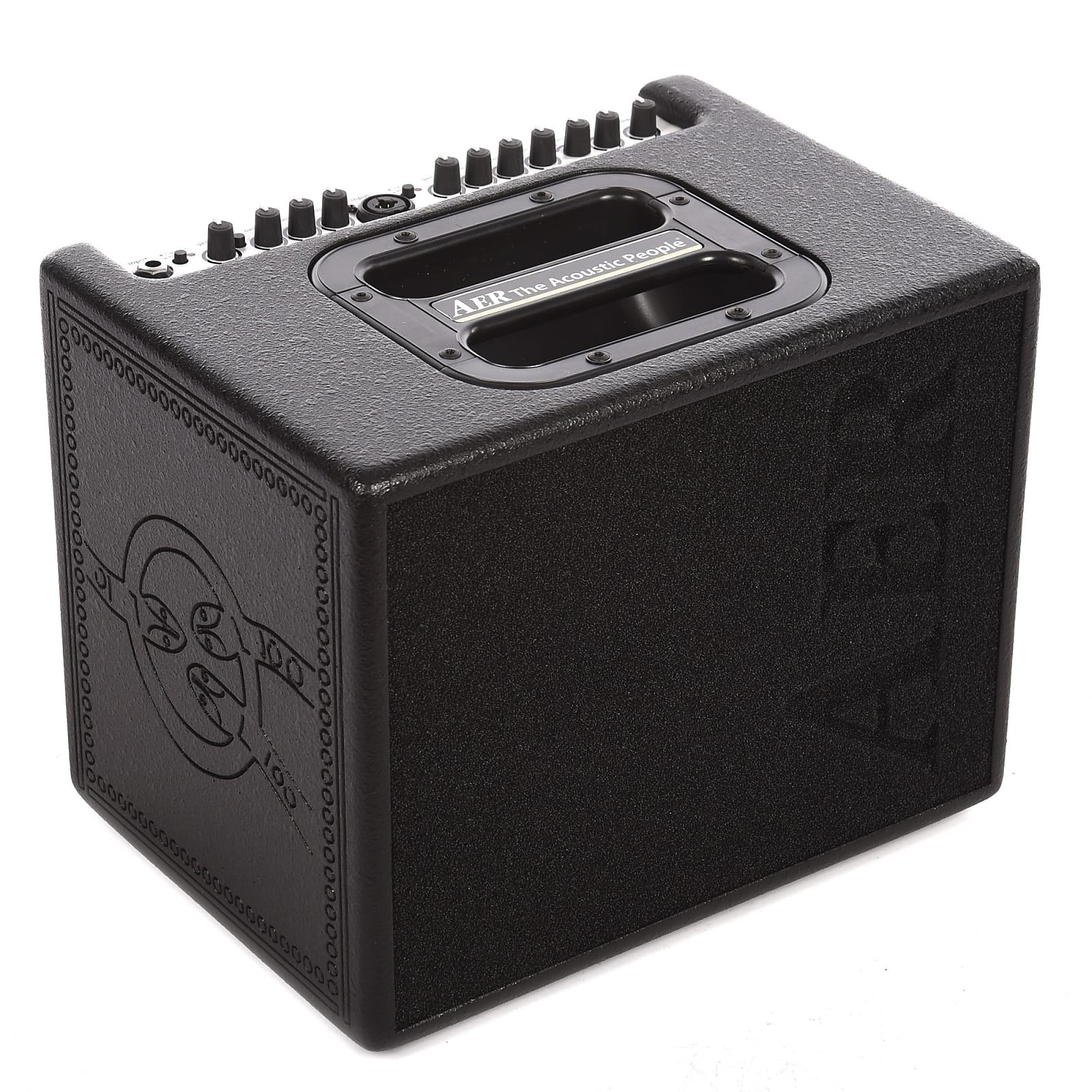 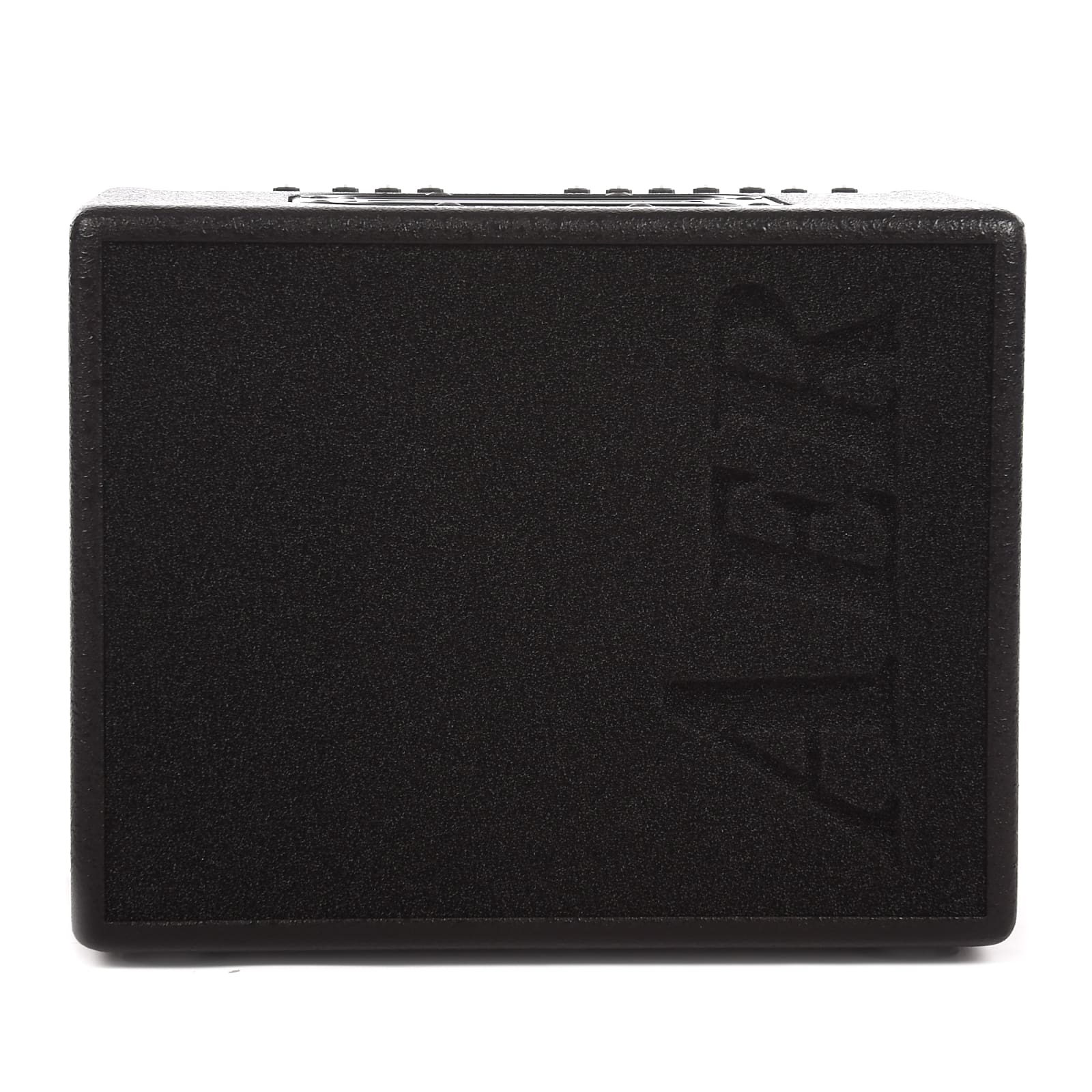 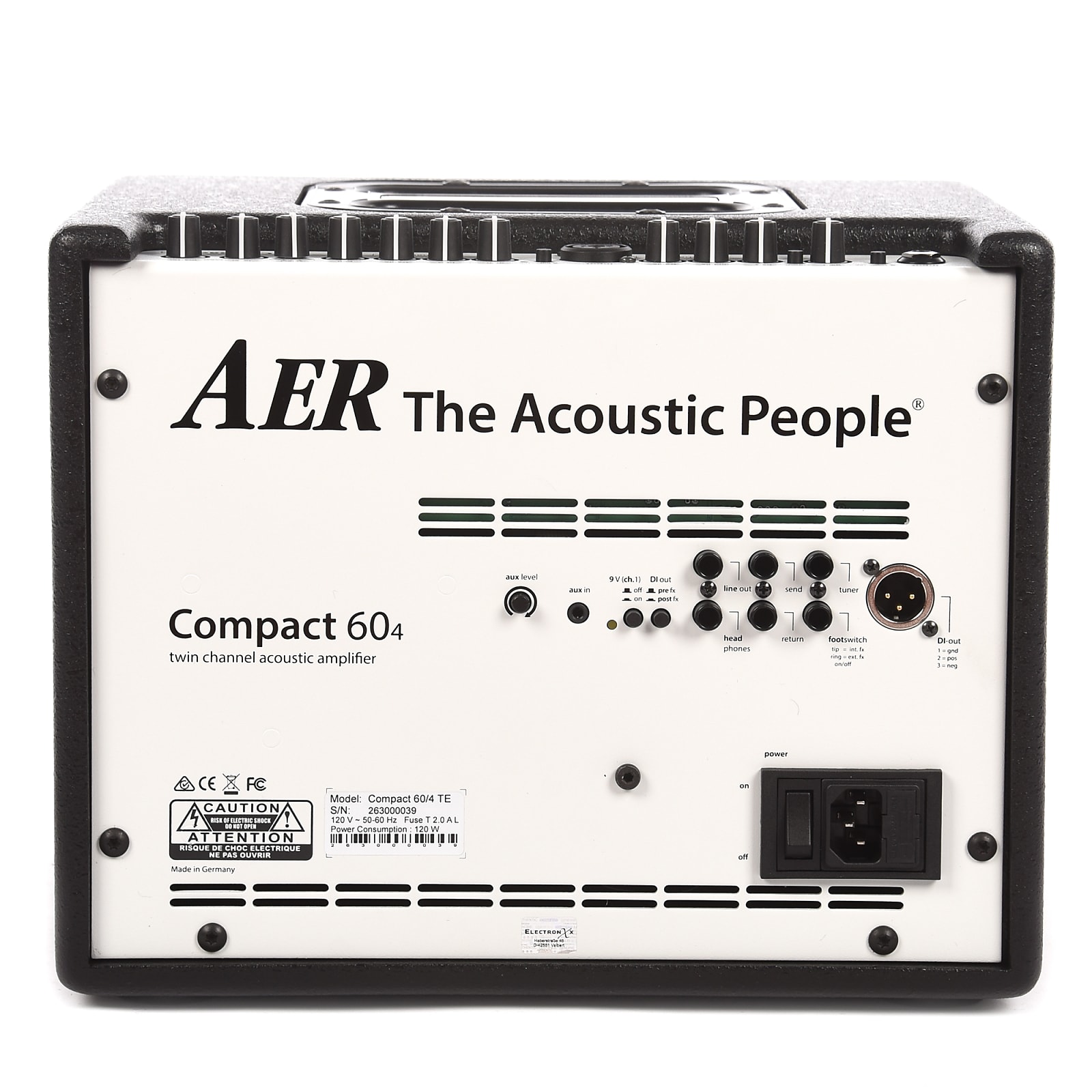 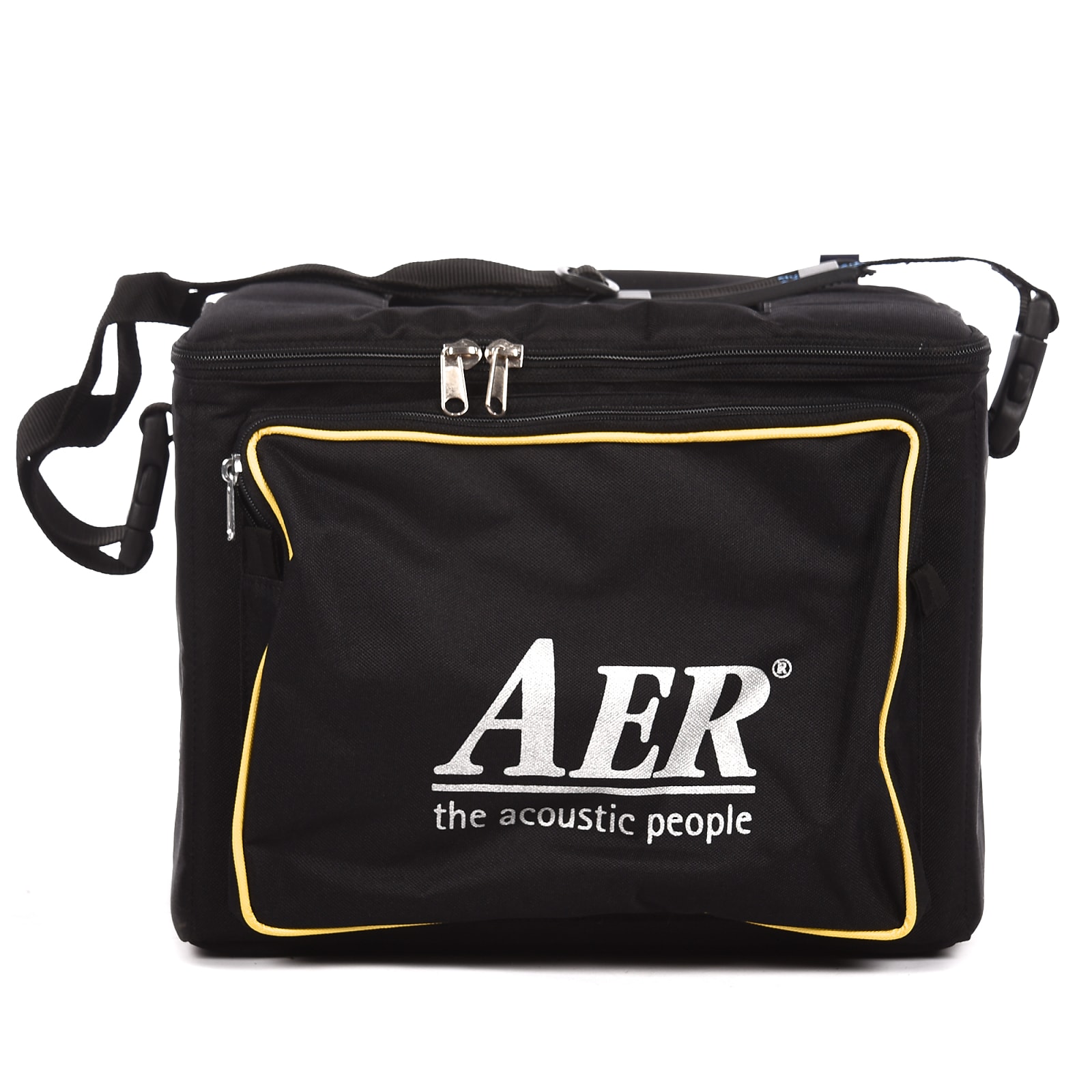 The AER Compact 60 rev.4 amplifier features an unbeatable combination of size, power, and sound quality. Nicknamed "Bingo," the Compact 60 is only 18lbs, making it is one of the lightest acoustic amps on the market. Don't be fooled by the power rating as the 60 watts that this amp produces are far more efficient than most other amps. The Compact 60 is louder than most amps rated at 200 watts.

An amp designed to meet the needs of the acoustic guitarist


The preamp  section is designed to "soften" the harsher qualities produced by most piezo pickups. In this regard it is a "miracle amp" as it seems to tame even the most unruly pickup systems, making them sound clean and natural. It is a simple to use "plug and play" amp which requires little expertise from the user. Most players find they spend far less time adjusting the tone controls with this amp as it usually sounds perfect when set flat.

The Compact 60 is played by the world's top professional guitarists


The outstanding performance of the Compact 60 has won it admirers the world over. Great acoustic guitarists such the legendary Tommy Emmanuel and John Renbourn perform with the Compact 60. Among Gypsy jazz guitarists, the Compact 60 has become the choice for amplification. Stochelo Rosenberg, Romane, Bireli Lagrene, Dorado Schmitt, and so many other greats of the style use this amp.

Although marketed as an "acoustic amp," the Compact 60 is used by many archtop jazz guitarists. Gene Bertoncini, Jack Wilkins, Russell Malone, and Martin Taylor have replaced much larger tube amps with the light weight and great sounding Compact 60!


The Compact 60 has two input channels, one of which is a line input and the other a combination line/mic input. Many utilize these multiple channels to run dual pickup systems and/or microphones or you can even have two individual musicians performing through the same amp!

This amp also features an 8" twin-cone speaker, 4 digital effects, three band tone controls, and a stand mount. The rear of the amp has the following outputs: tuner out, line out, headphones, XLR DI-out, effects loop, and footswitch. The dynamic control features include a subsonic filter, an aural enhancer, and a limiter.

This little amp is amazing! Works perfectly with my Anthem SL equipped Waterloo guitar. Natural, detailed, warm, dynamic, dimensional... I could go on but you get the idea. I will recommend this amp and Djangobooks.com to my friends. Thanks very much Michael!

Folding wedge that allows you to position an amp at a 30 degree angle for better dispersion.