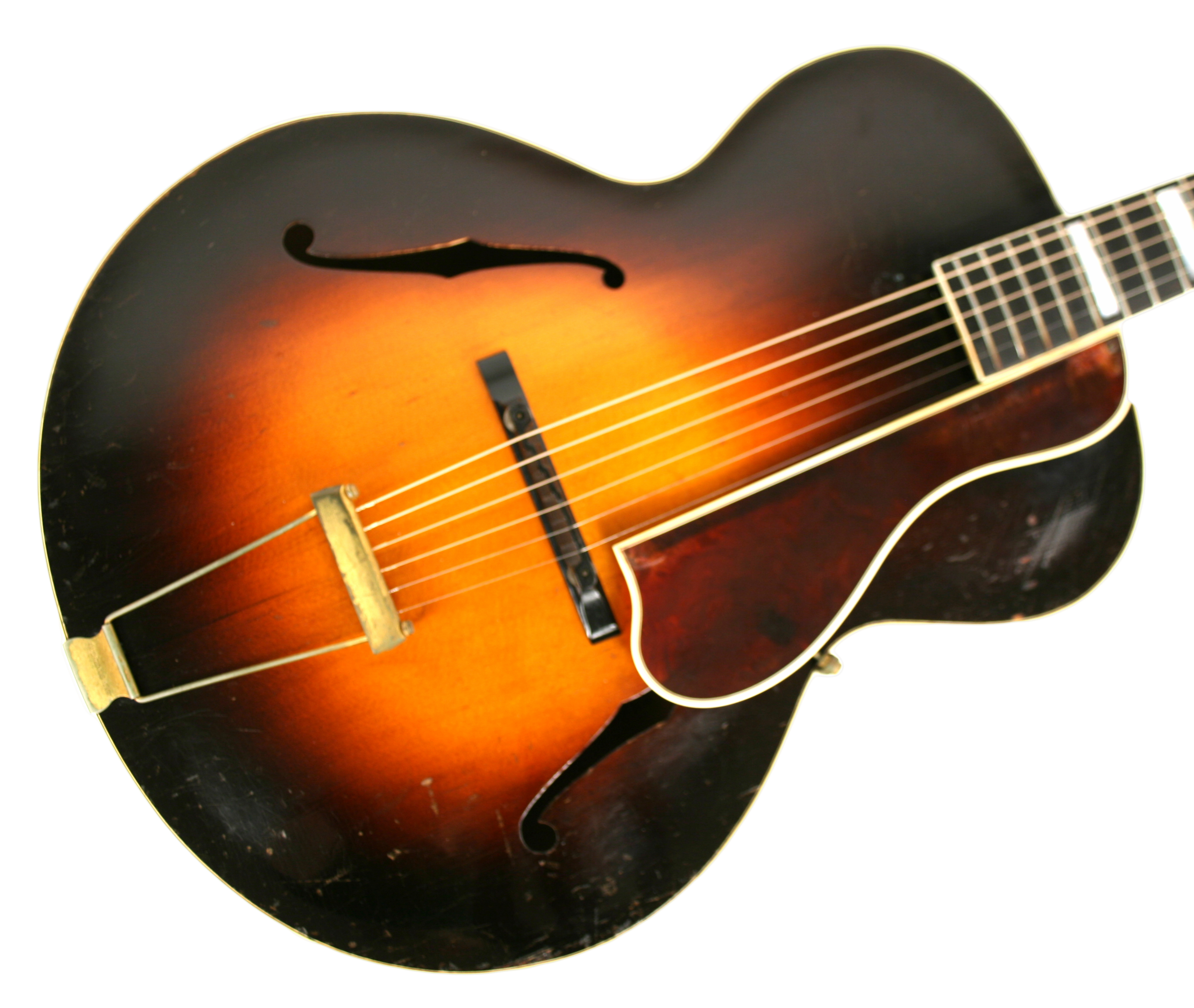 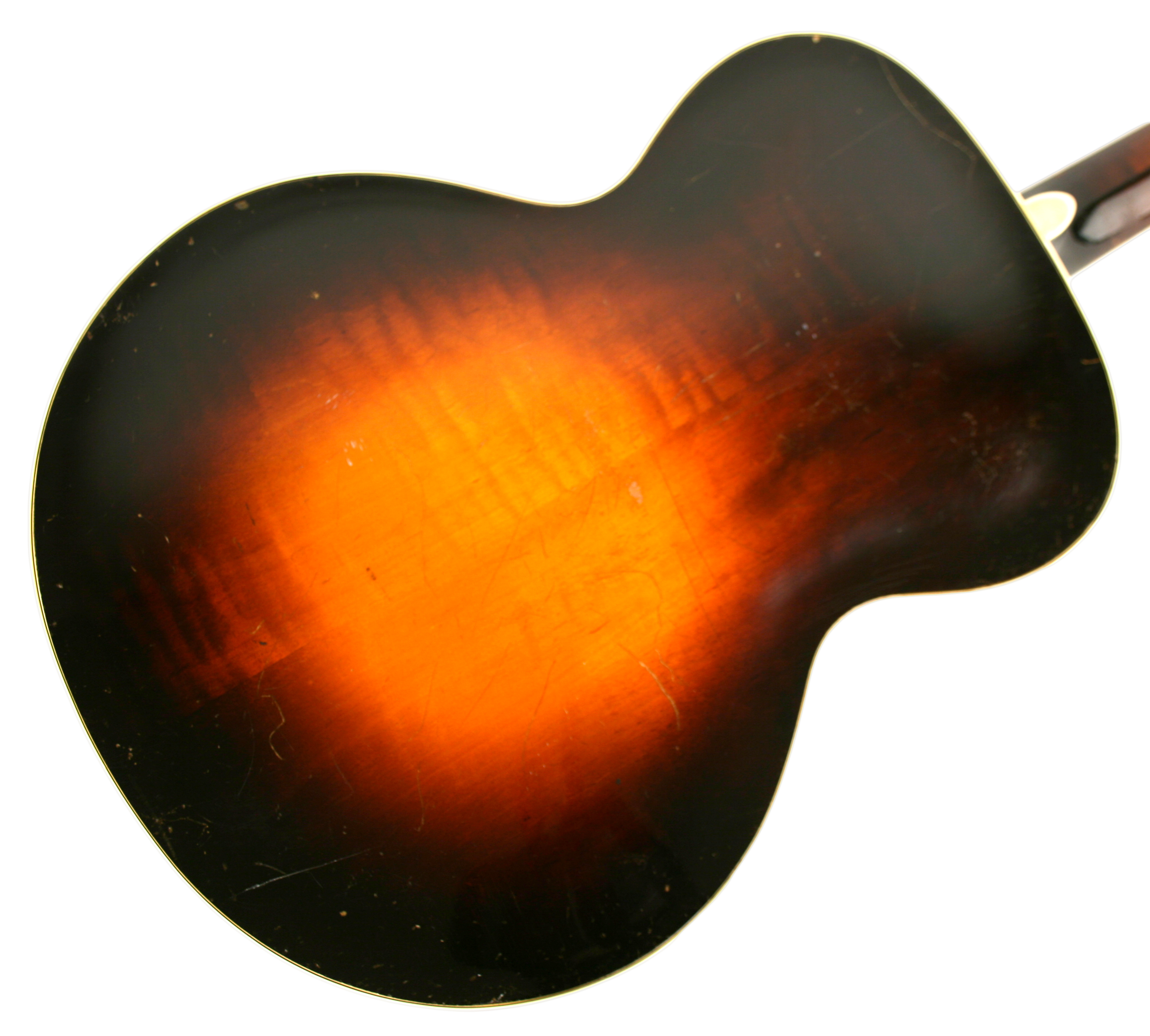 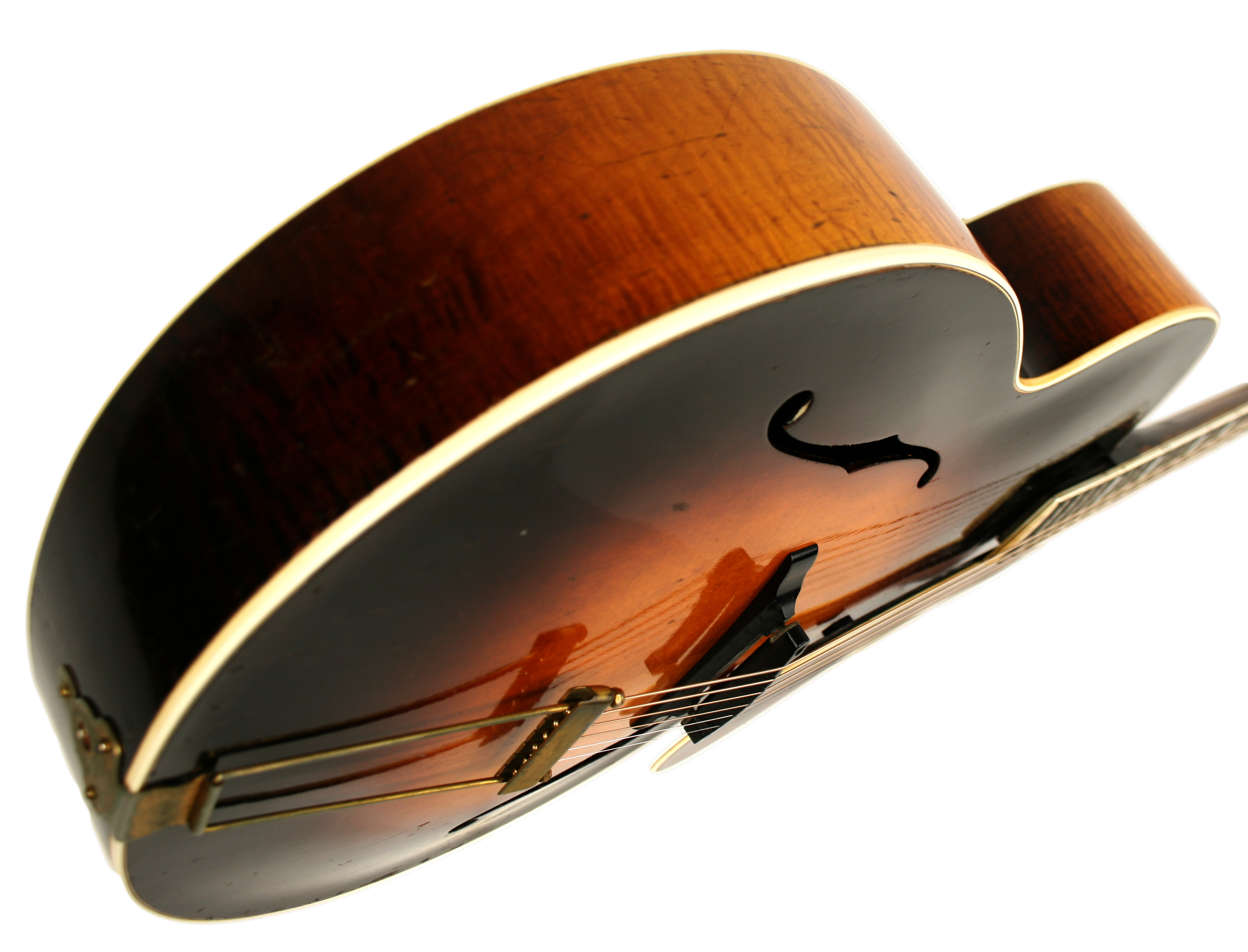 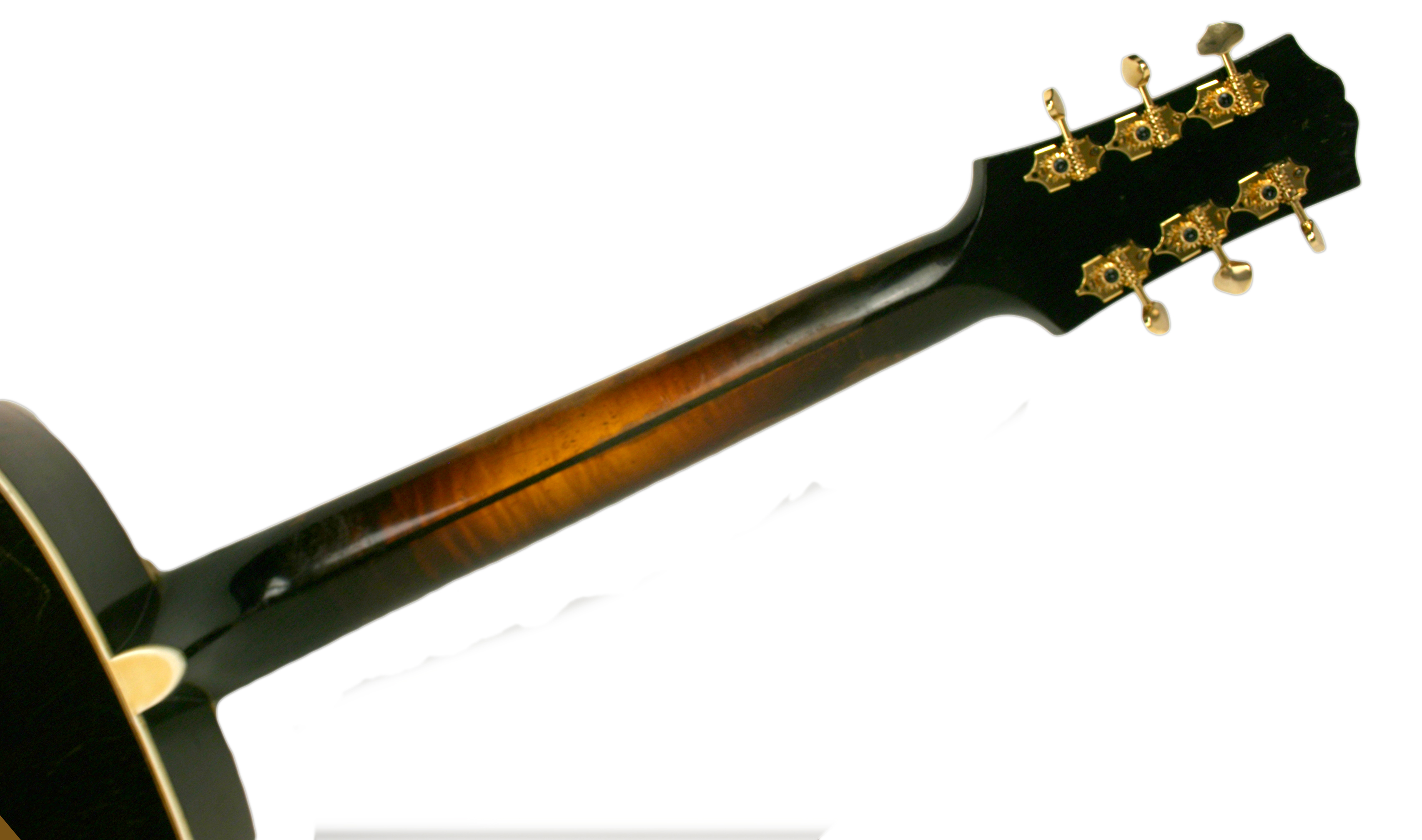 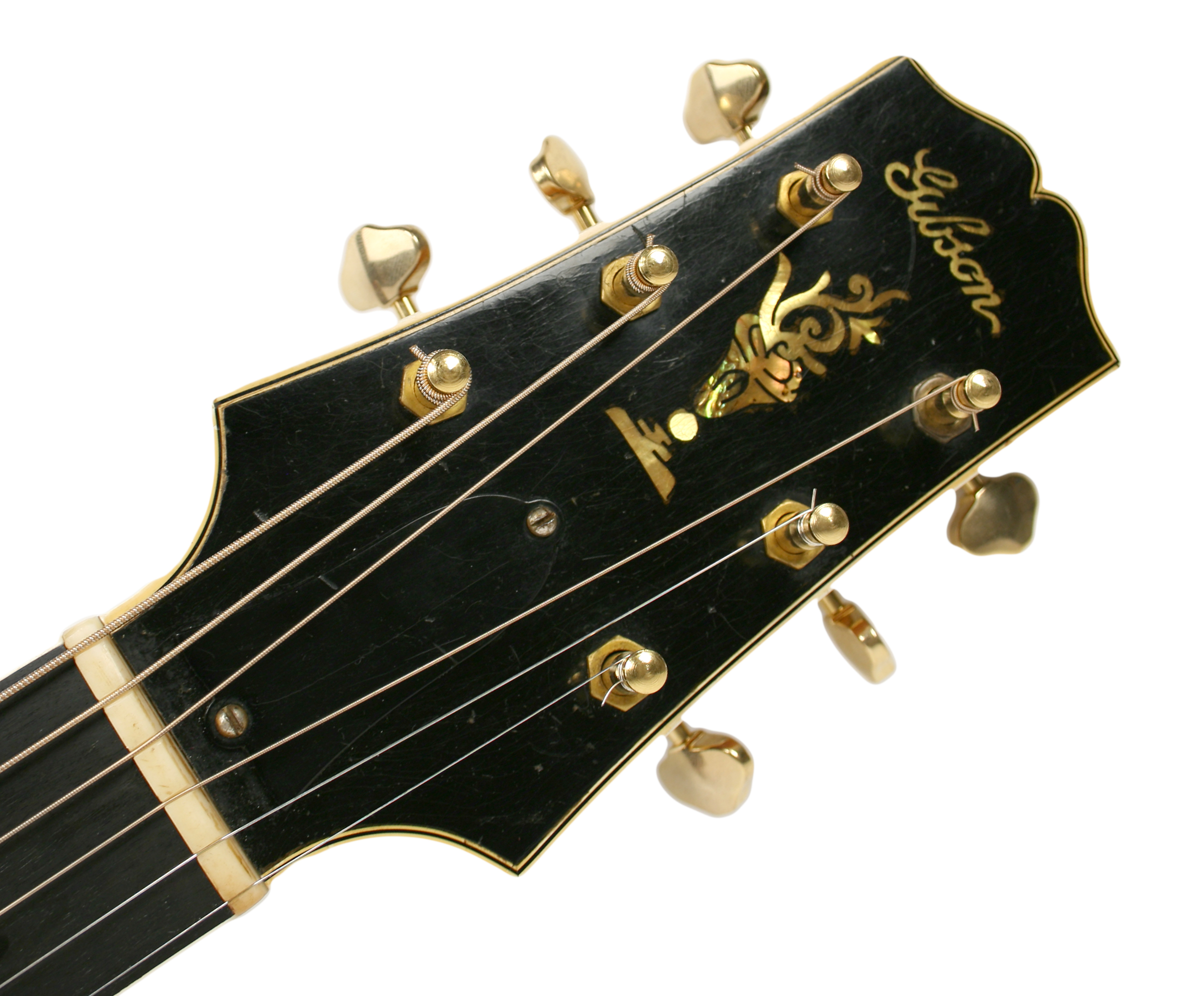 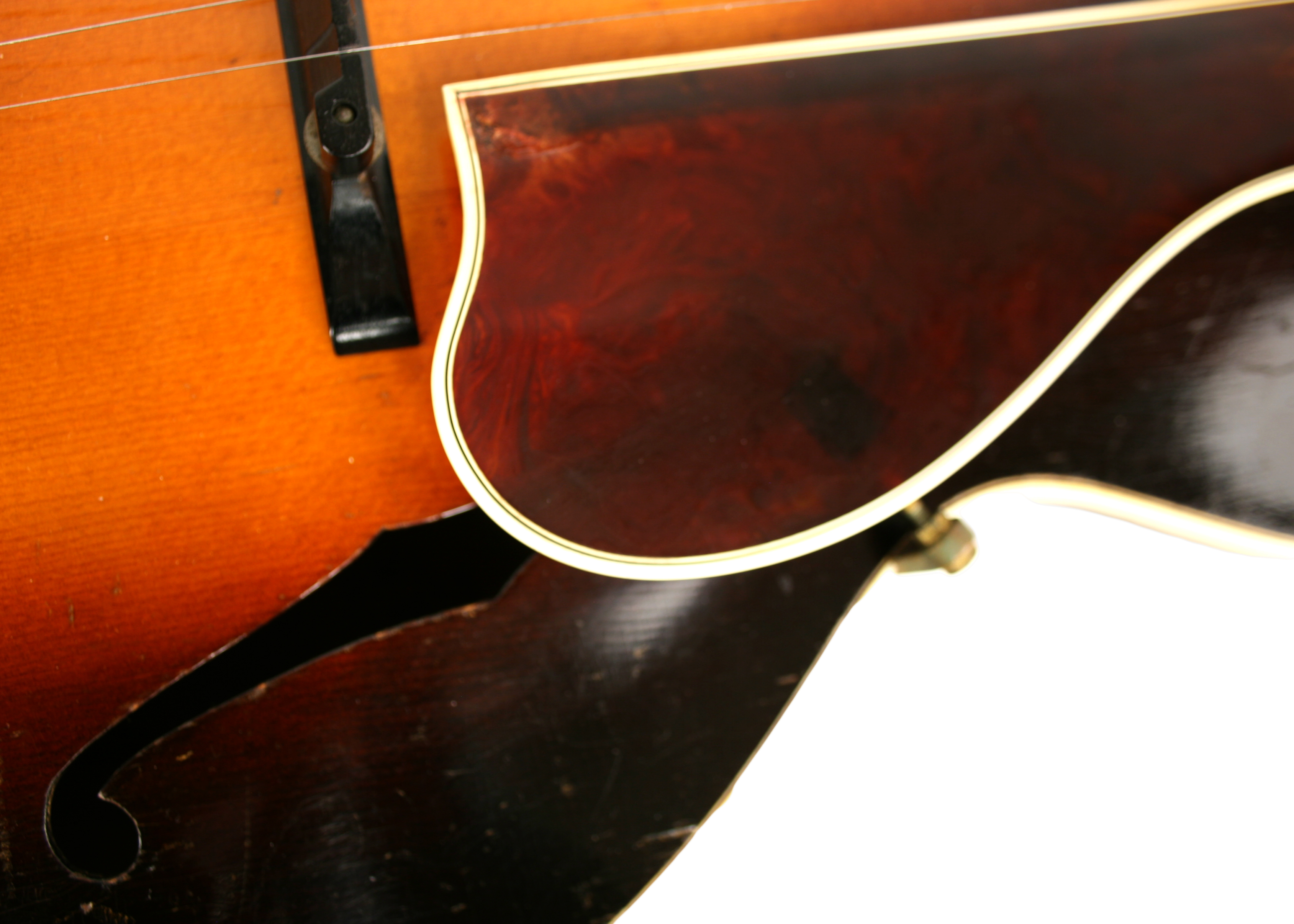 Gibson introduced the "Advanced" model in 1935, making this model from 1934 one of the last built with Lloyd Loar's 16" body specs. Even before Gibson redesigned the L5, some smaller cosmetic changes were made starting in the 30s, including block fingerboard inlays with a square end fingerboard and a logo that just reads "Gibson" instead of "The Gibson." It was also common in this period to use kerfed braces (braces which are glued together from multiple pieces) instead of the solid braces specified by Loar. I'm happy to report that this guitar is one of the rare later models that has the Loar style solid braces which produces a richer, fuller tone.

This instrument lives up to its reputation as the sound is simply glorious! It has a full and complex midrange that produces rich chords and flowing, mellifluous single note lines. The bass register is full, yet tight and clear with excellent definition that provides a wonderful bottom end to anything you play. The high end response is crisp yet rounded, with just enough treble to add some sizzle when you need it but is never harsh or grating. This instrument is also phenomenally loud, with the sort of projection that seems to defy physics. It is the consummate acoustic jazz guitar that will cut through in a big band or around a camp fire jam, all the while producing a tone that is rich and full of character.

This instrument is in exceptional condition, with the original finish and only a few small modifications over its long life. The tuners were replaced with a matching set of modern Grover Sta-Tite tuners (the originals are in the case.) The tailpiece, bridge and pickguard are original (it's so rare to find a guitar from this era with an original pickguard!) The label is missing, however the serial # was engraved on the pickguard and there is Factory Order Number stamped inside the body.  Also, in several places on the interior of the guitar there is a stamp that reads "Model L-5." There are no cracks or other signs of damage. There are numerous dings and scratches, and a some light finish checking. Otherwise, it's about the cleanest example from this period that I've ever seen.

This instrument is currently setup up with smooth, low 2.2mm action.

It's rare to find a pre-war Gibson L-5 in such good condition, and even rarer to find one with solid braces. Owning this instrument earns you membership in the very exclusive club of 16" L-5 owners. Only one, call now!