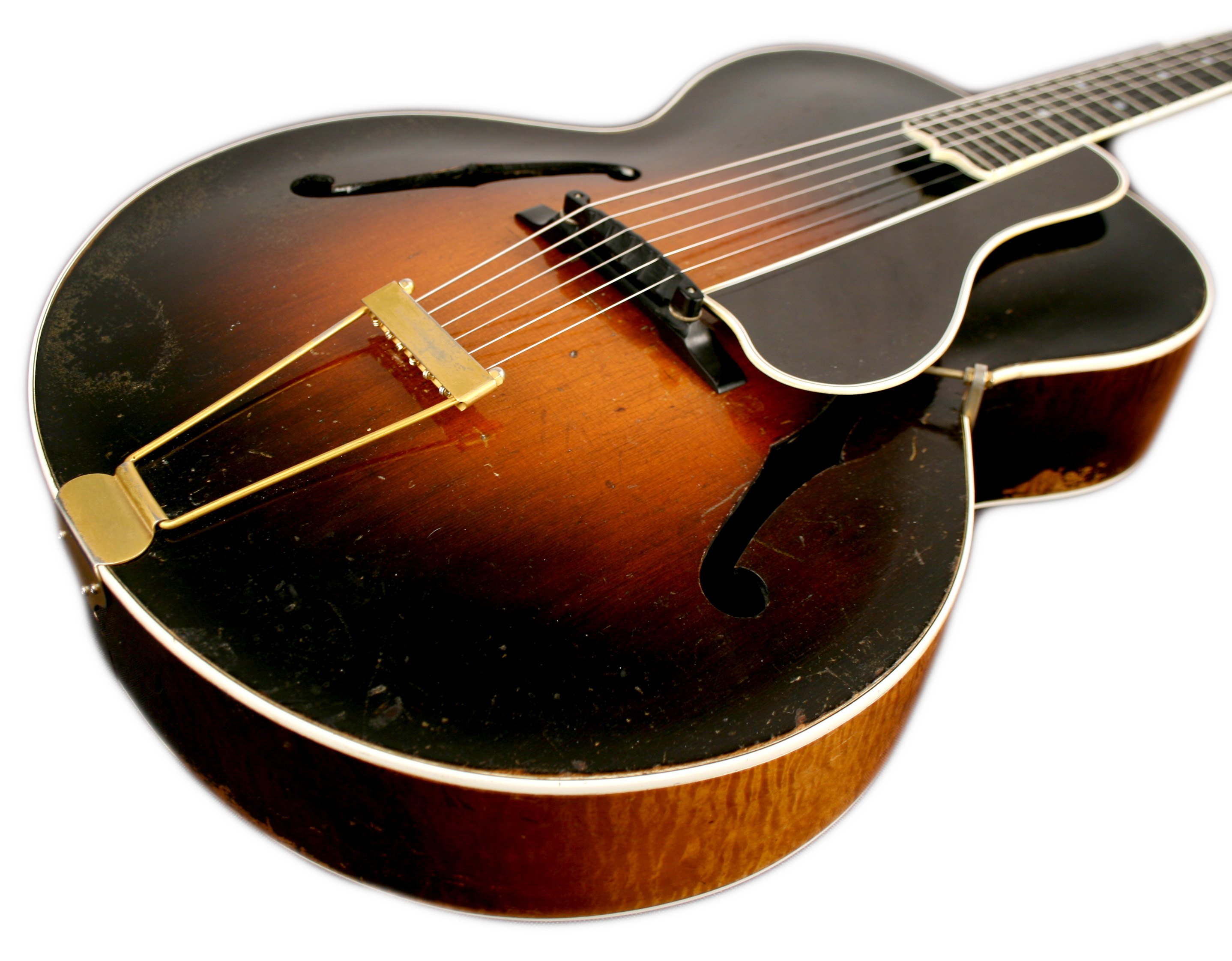 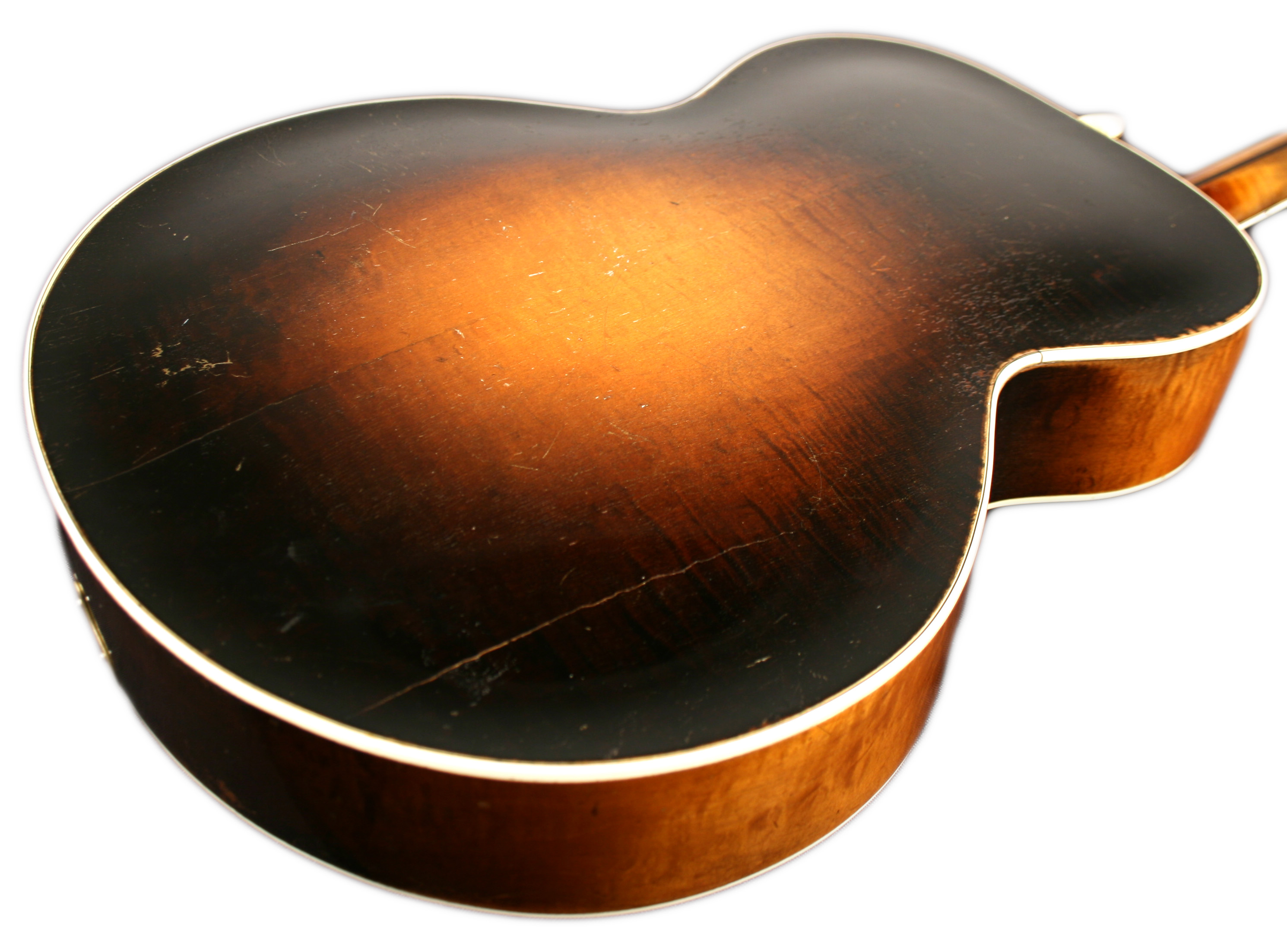 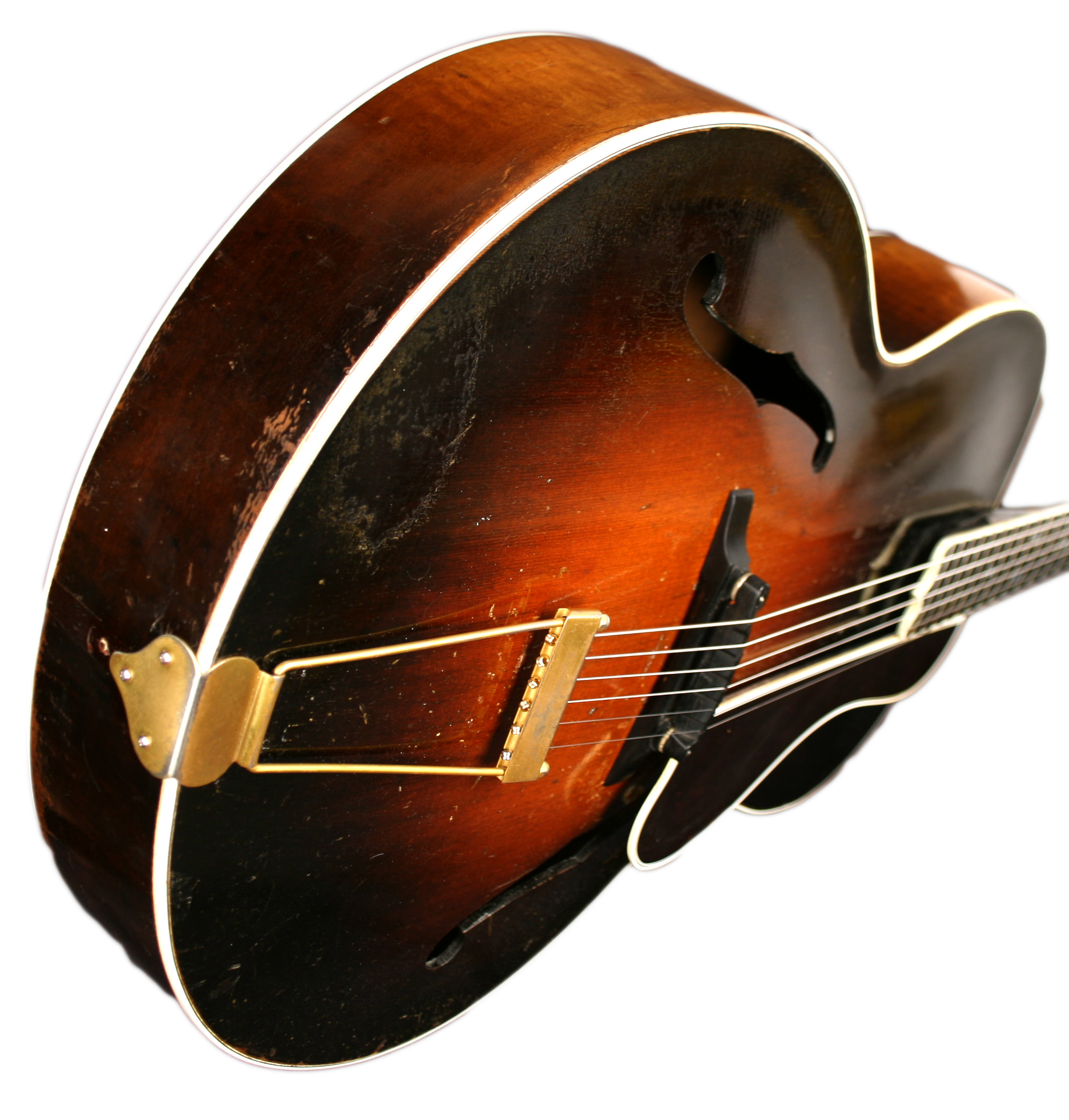 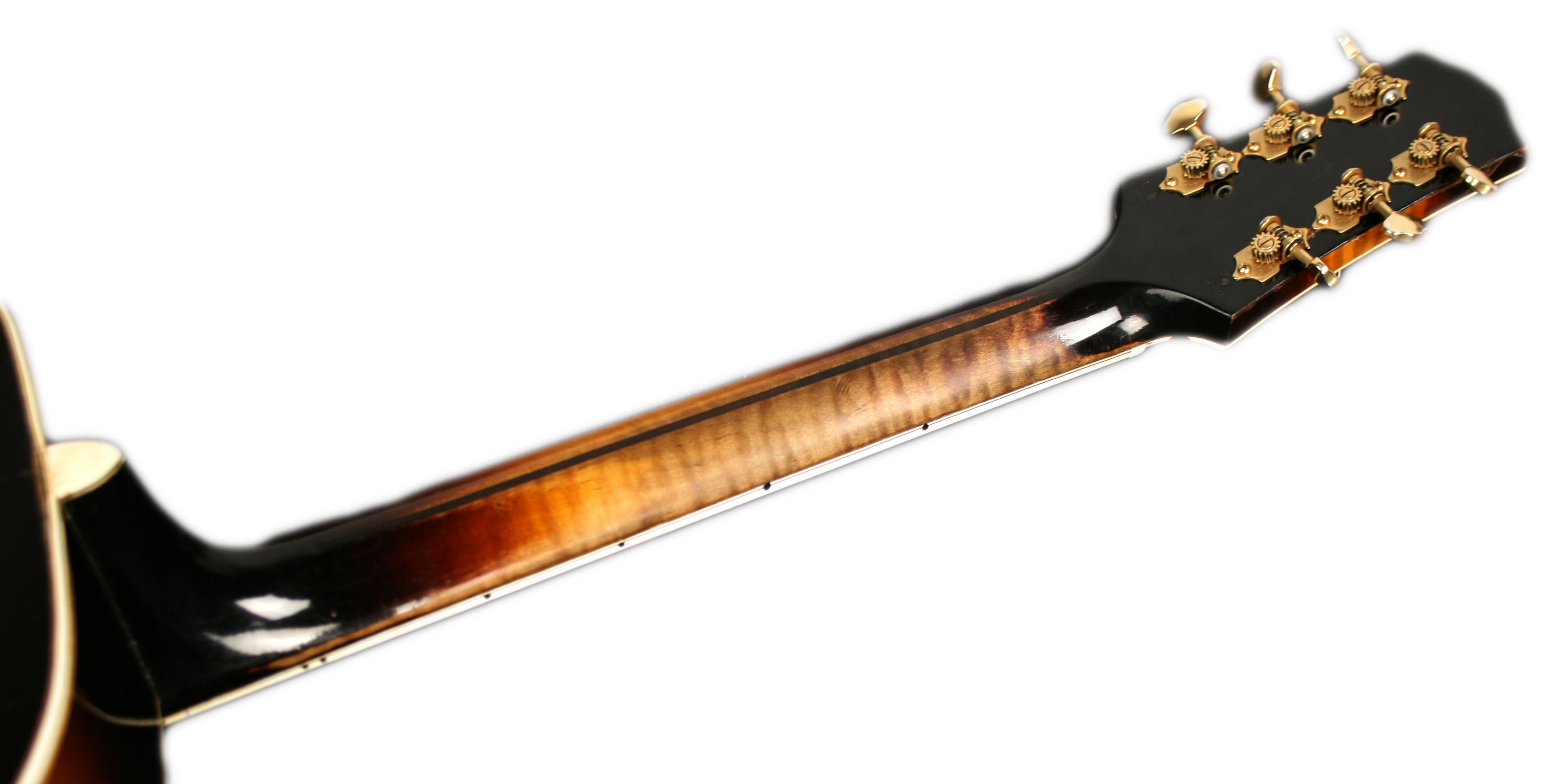 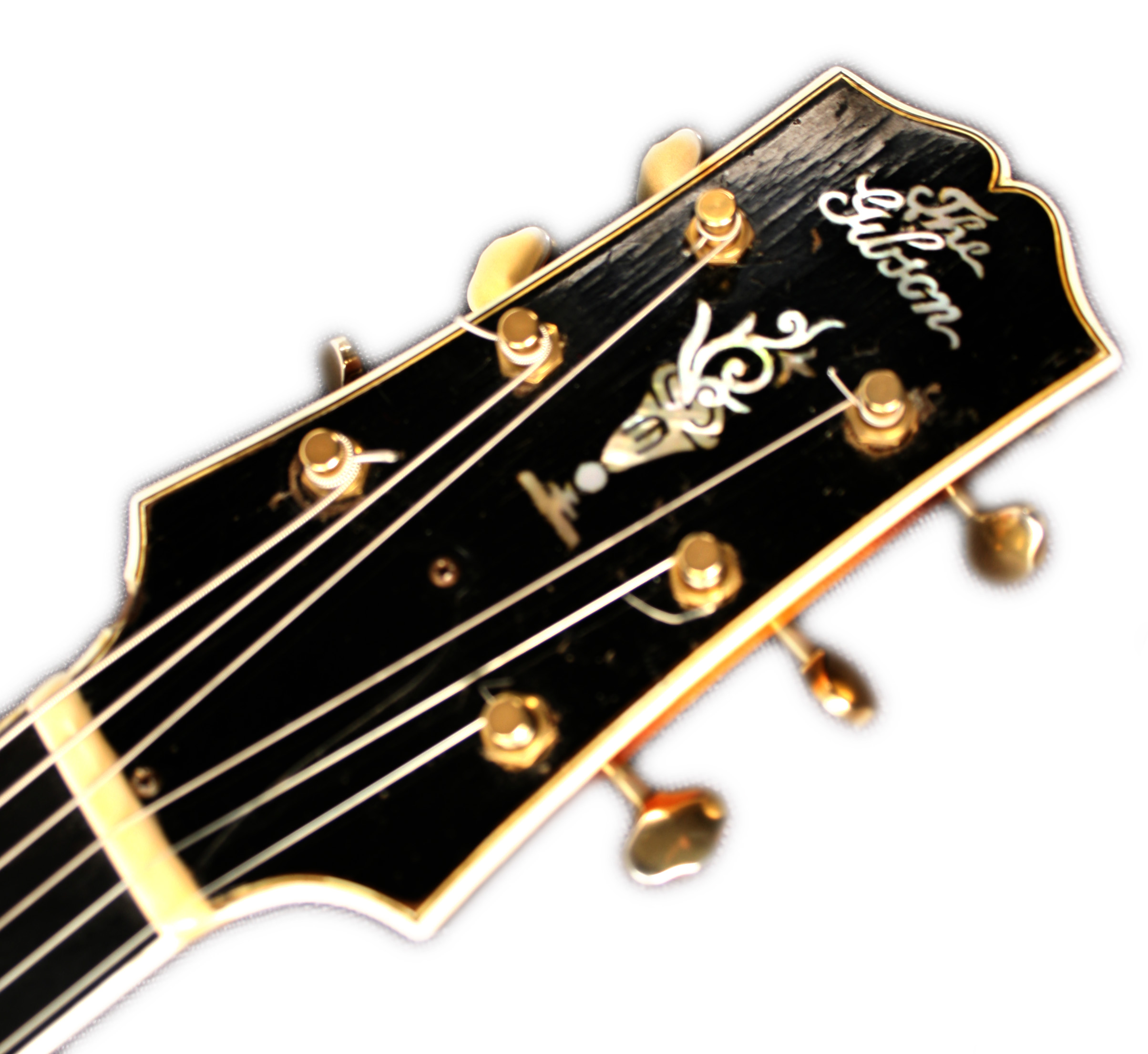 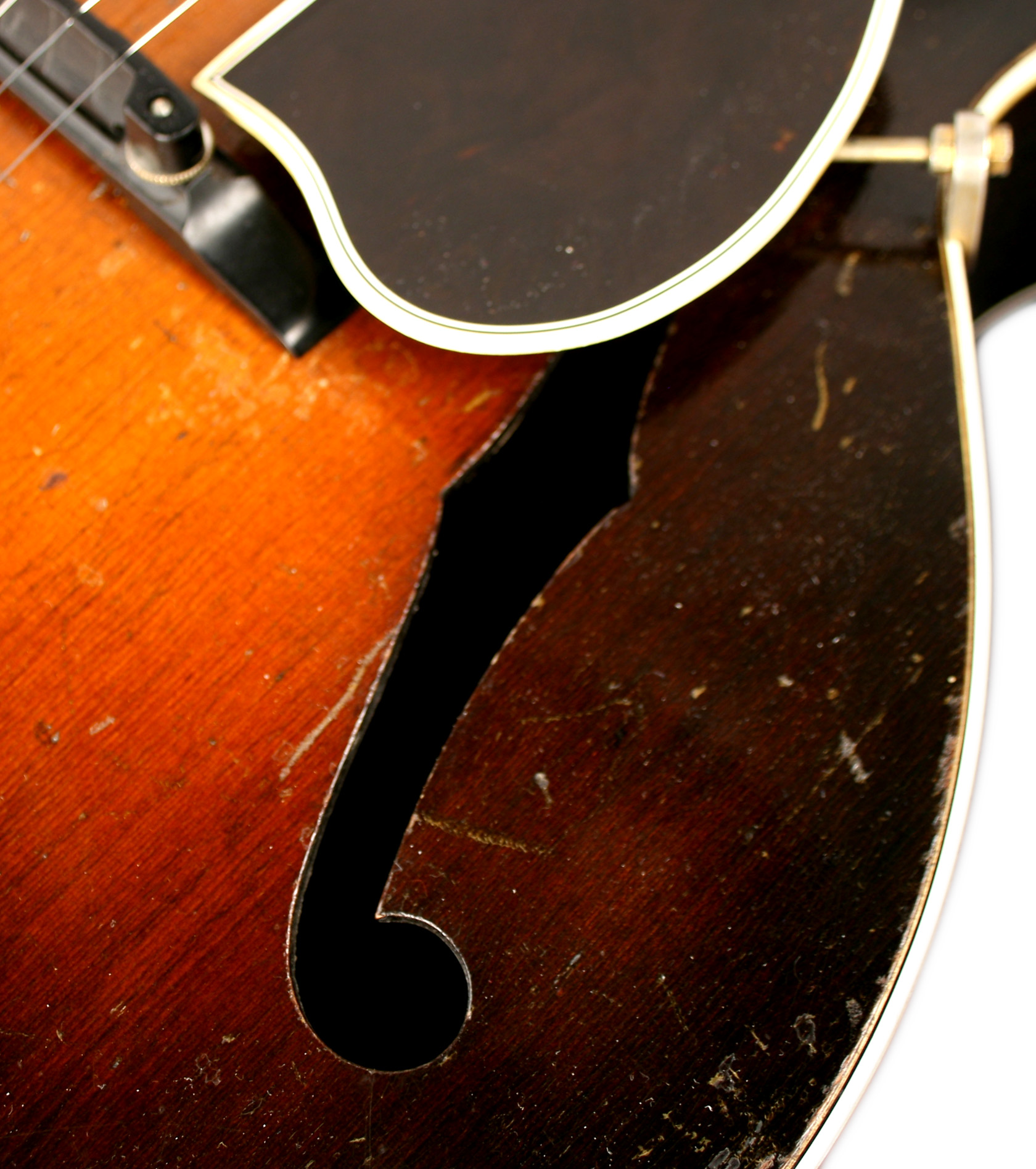 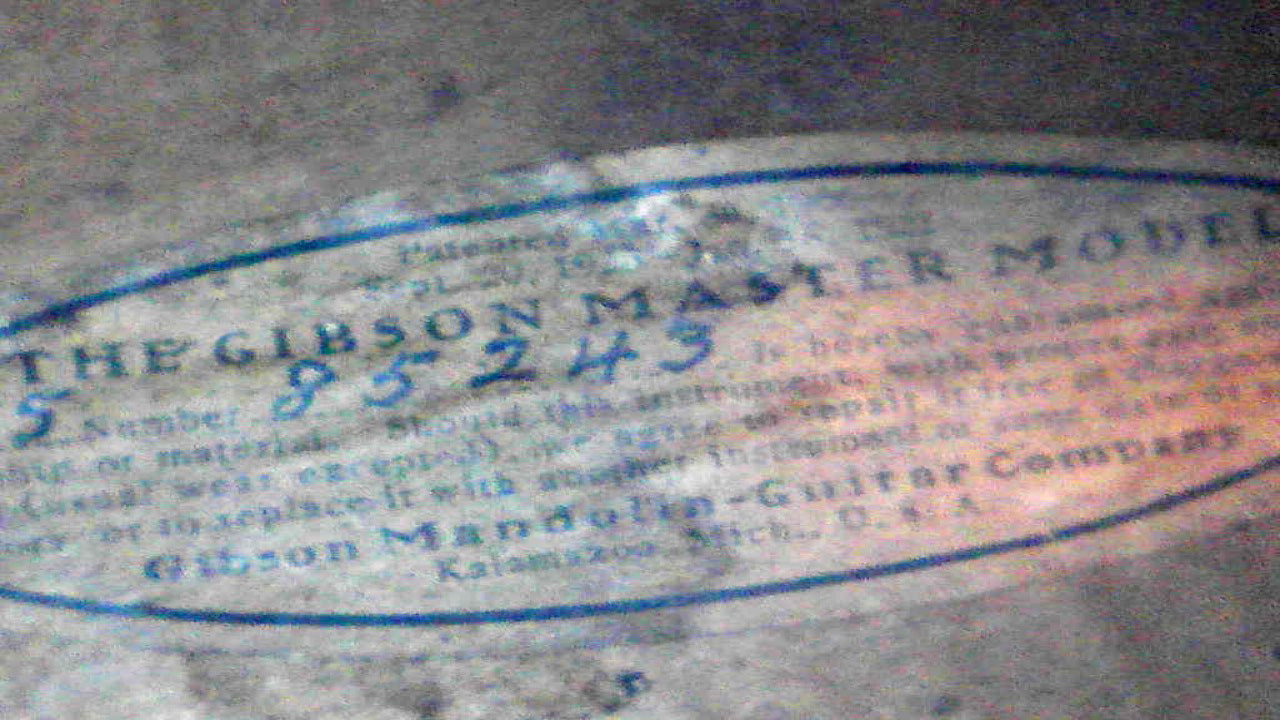 On a frosty April morning in 1929, a Dutch immigrant craftsman at the Gibson factory in Kalamazoo, Michigan laid out a series of freshly carved guitar backs. With the corresponding Aidrondak spruce tops not yet fitted, each of the beautifully flamed maple backs was stamped in black ink with the Factory Order Number 9418. Unaware of the impending economic catastrophe that was only months away, Gibson's Dutch craftsman would carefully complete this final run of guitars, placing a Master Model Label in each, just before Gibson's pre-Depression glory days came screeching to a halt. By the time these instruments shipped, the world had been turned upside down by an economic calamity that would take decades to recover from. But this illustrious batch of guitars, one of the final runs of Master Model L-5s, would find their way into the hands of some of the most influential entertainers of the 20th Century. Mother Maybelle Carter purchased one of them for her upcoming recording sessions, two were delivered to Eddie Lang who in turn gave one to Alvino Rey. A half a century later, another guitar bearing the FON 9418 would become the personal instrument of the guitar dealer George Gruhn and another wound up with the swing revivalist Marty Grosz. And now, nearly ninety years after this special run of instruments was born, we have one here at DjangoBooks!

This example is from what has become regarded as one of the best years for an L-5: 1929. Models from this year posses a unique combination of features including a Master Model label, horizontal "The Gibson" headstock logo, a dot neck fingerboard, solid braces, and most importantly, a modern C shape neck profile that is far more comfortable than the bulky early 20s necks or the later V shaped necks used in the 30s. The Factory Order Number for this instrument is 9418, which not only dates it to 1929, but indicates that it was part of a particularly noteworthy batch of  L-5s that included guitars owned by jazz guitar pioneer Eddie Lang, mid-century string virtuoso Alivo Rey, swing guitar master Marty Grosz, the illustrious guitar dealer George Gruhn, and most importantly, the legendary country singer and guitarist Maybelle Carter.

It should be noted that there are two ways of dating pre-war Gibson guitars. The older method was based on using the serial number only and was largely derived from Gruhn's Guide to Vintage Guitars. However, this method is highly inaccurate as the serial number only indicates when the guitar was shipped, not when it was built. As a result, many guitars dated only with serial numbers were actually built much later than previously thought. Joe Spann's Spann's Guide to Gibson 1902-1941 completely revised the dating system, using the much more accurate Factory Order Number. This instrument was previously thought to have been built as early as 1926, but Spann's book clearly dates it to 1929. Many of the "1928" L-5s you see for sale were dated using only the serial number and usually were actually built well into the 1930s.

This instrument lives up to its prestigious pedigree, producing the classic tone that these Master Model L-5s are famous for. The sound of this guitar can be best described as a mix of archtop projection and clarity with flatop warmth and fullness. The tonal richness of the instrument is further enhanced by a striking natural reverb that acts like a mechanical tone enhancer/amplifier. The carefully tap tuned top and back of this instrument produces a natural reverb that enhances the lower harmonics, resulting in a rounded, flugelhorn like tone for single notes and thick, complex chords.

One of the most attractive features of pre-war instruments is the supreme quality of the tonewoods that were used.  Much of the world's best tonewoods are now protected and/or prohibitively expensive, making it ever more difficult for luthiers to achieve the tonal magic of instruments from this era. Gibson saved their best woods for the L-5 model, which at the time was their flagship guitar, costing as much as a Model T Ford! The top was carved from the same stock of Adirondack spruce that made Martin's pre-war guitars so legendary. The back, sides, and neck were constructed from gorgeous flamed maple and the fingerboard is ebony. The ebony adjustable bridge appears to be a original.

This nearly ninety year old instrument is in quite good condition considering its age. Structurally sound, it did have a back crack that was repaired and the original fingerboard was replaced by Jim Weaver of Boise Guitar Repair. The hardware has been replaced, including a new trapeze style tailpiece and a set of Gotoh tuners (it appears to originally have had Waverly tuners.) A replacement pickguard has been mounted and the heel cap was replaced. At one point the f holes were enlarged and bound. The additional binding was removed but the soundholes remain somewhat larger than they were originally. There are a few spots on the back where the sides have pushed out beyond the binding but appear to be stable. A portion of the binding was chipped off on the bass side of the headstock. The finish is original.

Here's a chance to own one of the pivotal instruments in jazz guitar history. A model that was so groundbreaking that Bob Benedetto equated it with Andrea Amati's pioneering violin designs of the 16th Century. Its historical significance aside, tonally there is nothing quite like a Master Model L-5. Come and experience it for yourself!