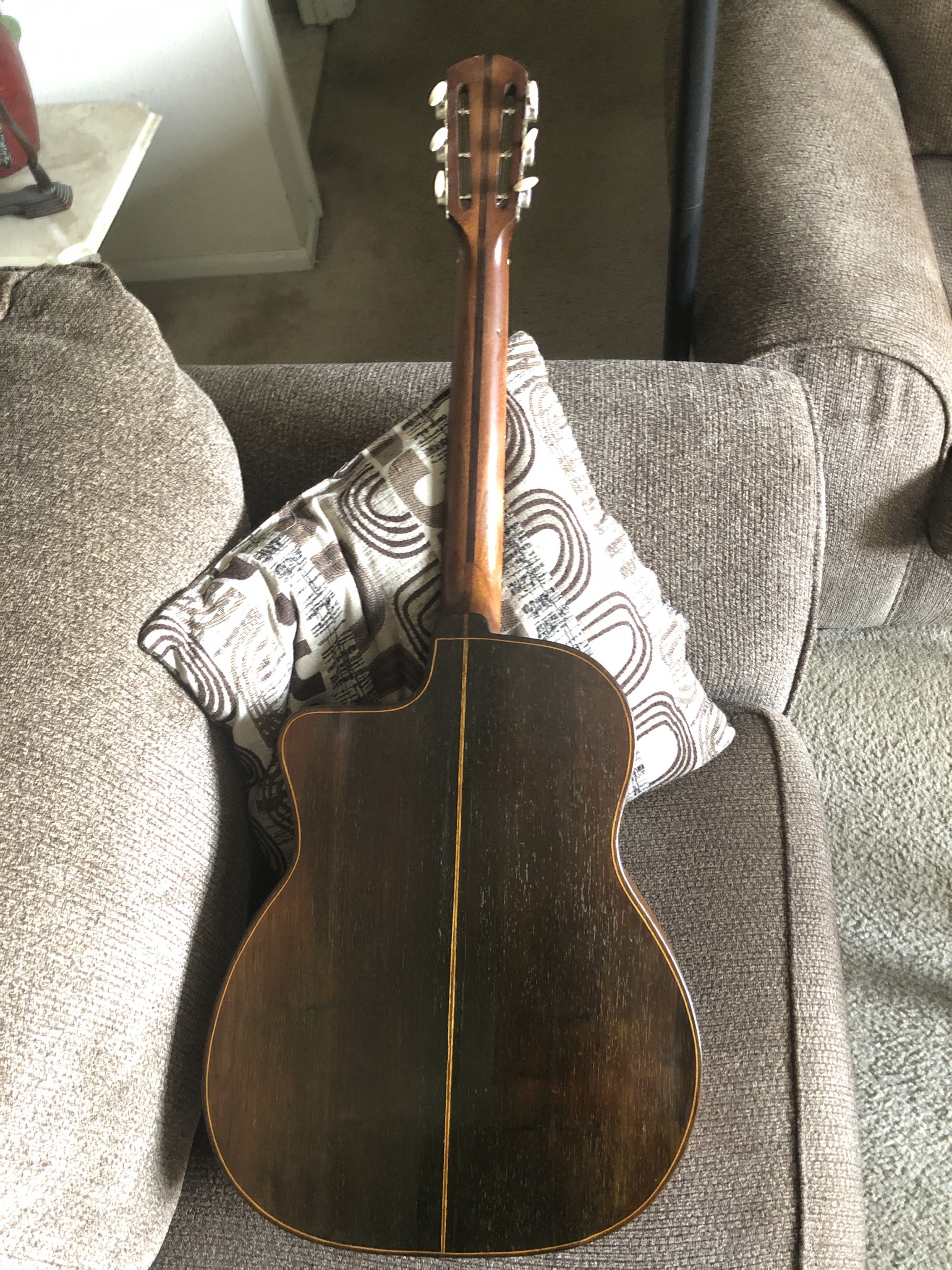 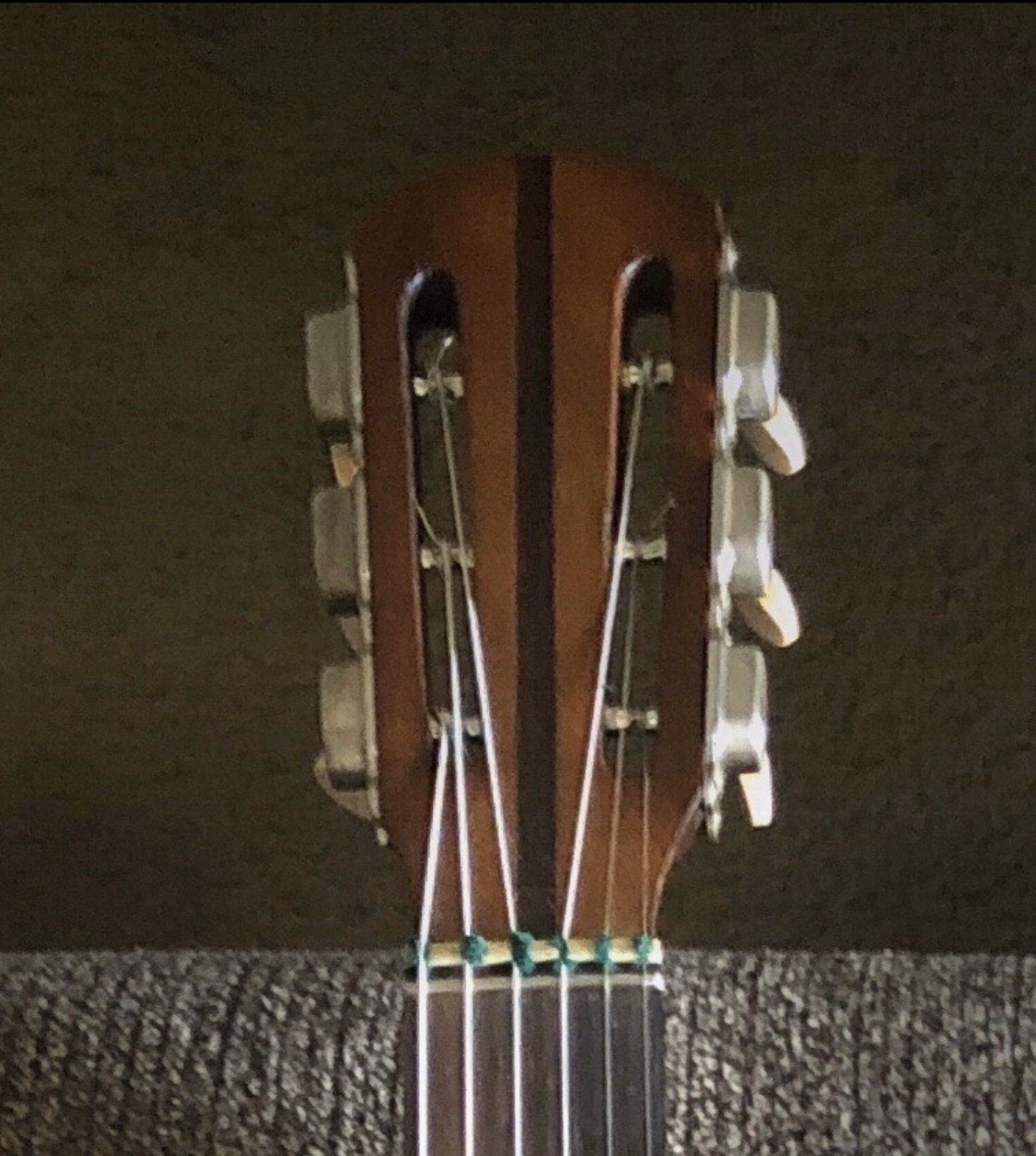 I have written, emailed, called and badgered a number of luthiers, instrument collectors and recommended authorities on jazz manouche lutherie and still cannot verify the maker or era of this guitar. Here’s what I do know:

The following are the post restoration photos, with non original items:

Any guidance would be appreciated.