Inspired by Tcha's version of this beautiful song with Denis, here is a solo version of the Manouche Hymn "O Dewel". I moved it into Eb (I think from memory Tcha's is in A, but I could be wrong) so the melody sat in a better range for solo guitar. Probably D would be good too, so all the ii chords could be Em, and the IV would be G, and you'd get some more open strings...next time

Hope you enjoy it, 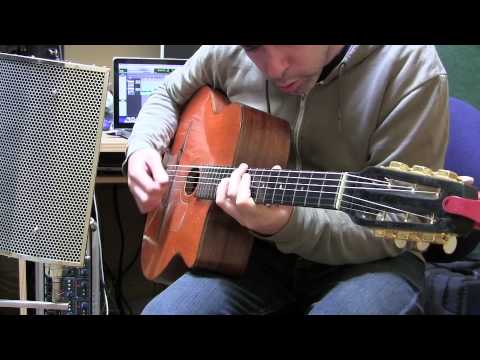