I'm writing here, because tomorrow is the anniversary of Django's passing. Without Django there is no Gypsy Jazz, and there is certainly no DCMS. I've decided to release the lessons on a massive discount for the rest of the month: roughly 10 USD/Euros!

So what's different about this new series from the previous four? In the new series, the focus is on his actual playing, and I had improvised over a bunch of tunes and often at a fast tempo. Why? Because Angelo is a master of playing over fast tempos, and he has a secret: instead of playing at the real tempo, he feels it in half time. This makes for a much more relaxed phrasing, and it's something that anyone with minimal technique can do. But it's not so easy either because you have to learn to feel the half tempo and to phrase accordingly. That usually means you have to work a lot on your triplet feel, which is something Angelo is really good at! Django did this too, and he probably got it from Louis Armstrong 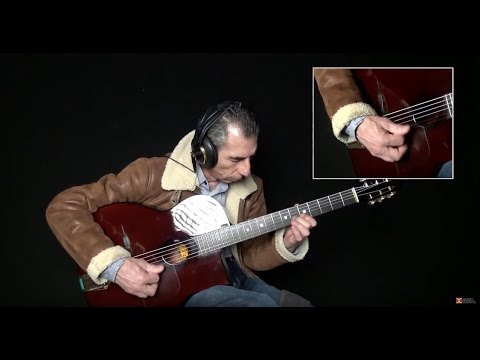