Through the magic of the internet I am able to attach the two recordings discussed in the article which Lang recorded in London in 1925.

While I fully agree with the author, Nick Dellow, that these are actual Lang recordings, I am open to dissenting opinions! 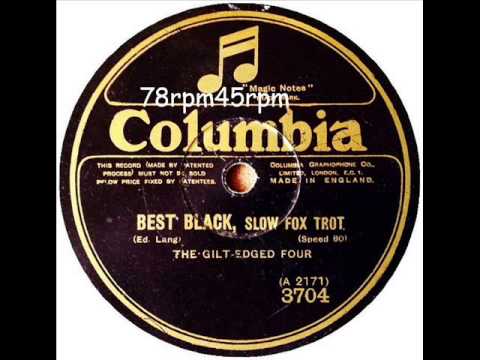 Two interesting things about these recordings:

1) According to the photographs in the article, Lang was at that time playing some kind of smaller guitar than the Gibson L-4 and L-5's which came to bear his signature sound.

2) Apparently the Brits were quite impressed by Lang's string bending, which they'd never heard before... so Eddie kind of goes overboard with the string bending on these recordings!

PS Tomorrow we're off on a Caribbean jazz cruise which includes one of my heros, Bucky Pizzarelli.

Internet access on cruise ships is generally pretty iffy, so please pardon me if I drop out of sight for a couple of weeks!
My religion is, I worship Lang the Father, Django the Son, and Oscar the Holy Ghost...

While converts are always welcome, I get to be the Pope because I thought of this religion before you did...