Buco DC MetroDeity Ivanovski maple/spruce
October 2015 edited October 2015 in Welcome Posts: 2,515
There's a video of the two playing together this summer and I couldn't see it's been posted here before 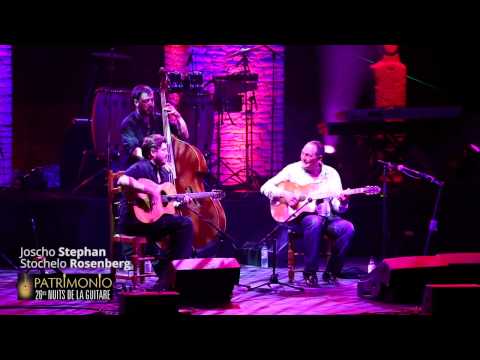 Stochelo is having a lot of fun. So nice to see the guy being so happy on stage after having played...thousands of shows!?

And it's super cool that old school is meeting up with new school, them two and there was a video of Angelo and Adrien playing together recently as well.
Somehow I haven't seen much generational mixing before so it's nice to see it finally happening.

Pay attention to the intro of "Spain". I don't if I ever heard two players being as tight in unison on this song as them?
Every note wants to go somewhere-Kurt Rosenwinkel